Roger Federer is making his eighth appearance at the Rolex Shanghai Masters.

A challenging draw awaits second seed and two-time champion Roger Federer at the Rolex Shanghai Masters, with the Swiss potentially starting his week against longtime rival Marin Cilic of Croatia.

Cilic will first need to get through Spaniard Albert Ramos-Vinolas, who defeated Federer four years ago in Shanghai. The Swiss leads his FedEx ATP Head2Head rivalry with Cilic 9-1, including a win in the 2012 Shanghai quarter-finals, but Cilic’s lone victory over Federer came on hard courts at the 2014 US Open. Should Cilic beat Federer, he would become the 10th active player on Tour to pick up 500 tour-level wins.

Federer’s quarter of the draw includes a possible third-round match with No. 13 seed David Goffin of Belgium. The Swiss could take on fifth seed Alexander Zverev in the quarter-finals, but the German first needs to get through a tricky section that includes last year’s runner-up and No. 12 seed Borna Coric of Croatia, current Tokyo semi-finalist John Millman of Australia and in-form Russian Andrey Rublev. Coric and Rublev face off in first-round action.

Top seed and defending champion Novak Djokovic starts his campaign against the winner of a mouth-watering #NextGenATP clash between Canadian Denis Shapovalov and American Frances Tiafoe. The Serbian’s path doesn’t get easier from there, with No. 16 seed John Isner of the United States and #NextGenATP Aussie Alex de Minaur, who prevailed last week in Zhuhai (d. Mannarino), looming as possible third-round opponents. Isner takes on De Minaur in the opening round. 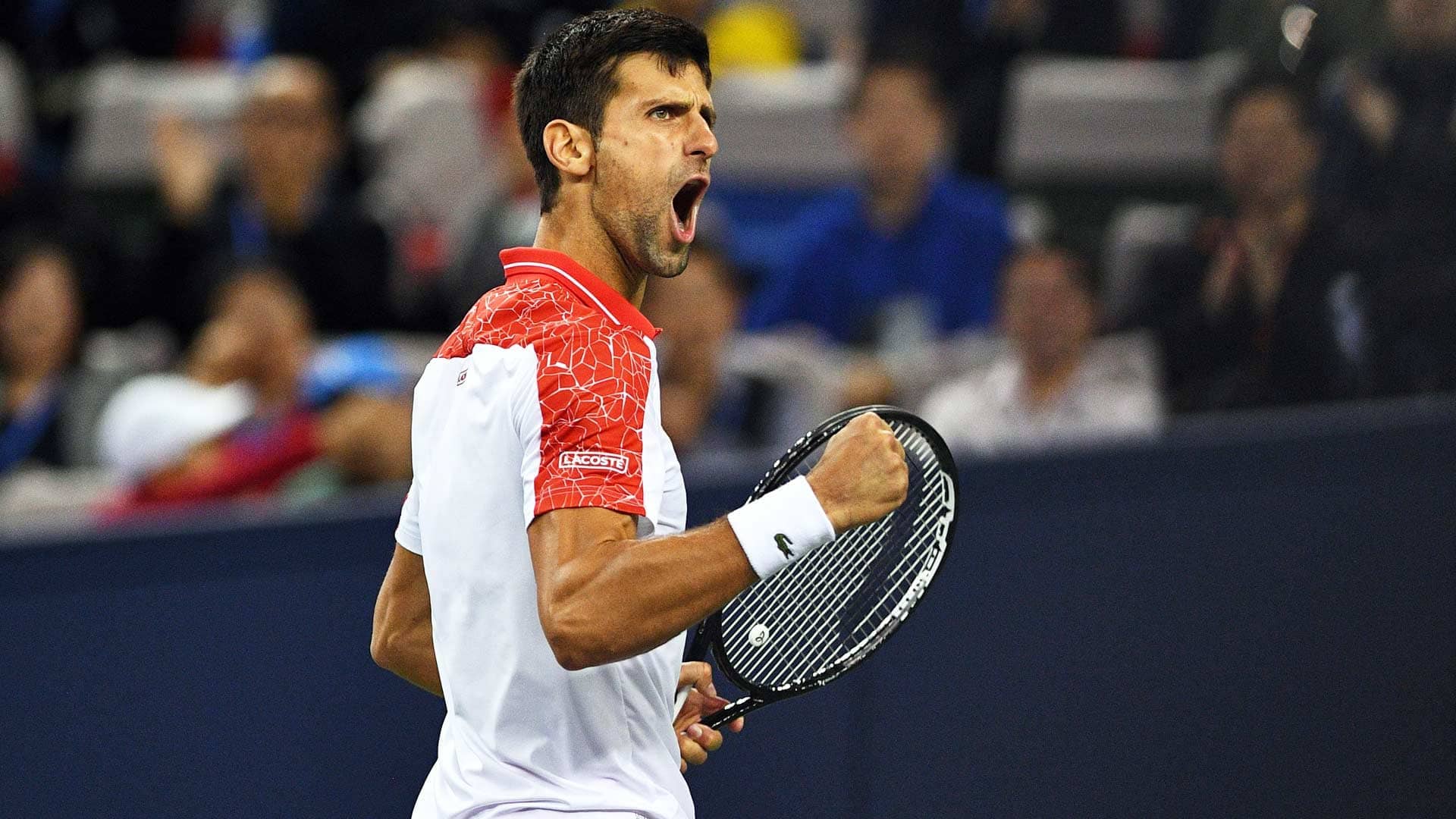 Sixth seed Stefanos Tsitsipas shares the same quarter as Djokovic. The Greek could start his week with an all-#NextGenATP showdown against Canadian Felix Auger-Aliassime. Ninth-seeded Frenchman Gael Monfils is also in his section.

Third seed Daniil Medvedev looks to continue his winning ways when he starts against a qualifier or Frenchman Gilles Simon. The Russian has prevailed in 24 of his past 27 matches, including his first ATP Masters 1000 title at the Western & Southern Open (d. Goffin), first ATP Tour title on home soil in St. Petersburg (d. Coric) and maiden Grand Slam final at the US Open (l. to Nadal).

His path could include an all-Russian quarter-final showdown with seventh seed Karen Khachanov. Khachanov must first navigate through a difficult section that includes No. 10 seed Fabio Fognini of Italy and three-time Shanghai champion Andy Murray. The Brit takes on a qualifier in the opening round.

You May Also Like: Can You Pass The Rolex Shanghai Masters Quiz?

Fourth seed Dominic Thiem begins his week against a qualifier or Chinese wild card Ze Zhang. The Austrian is within striking distance of qualifying for the Nitto ATP Finals for the fourth consecutive year and is currently fifth in the ATP Race to London. Eighth-seeded Spaniard Roberto Bautista Agut, the runner-up at this event in 2016 (l. to Murray), is in the same quarter.

Other notable first-round matches include Tokyo semi-finalist Reilly Opelka of the United States squaring off with Serbian Dusan Lajovic and Goffin battling Richard Gasquet in a rematch of their semi-final two months ago in Cincinnati.