Novak Djokovic defeats Taylor Fritz in five sets to reach the Australian Open Round of 16 on Friday.

World No. 1 to face Raonic in fourth round

Novak Djokovic overcame Taylor Fritz and abdominal pain on Friday to make it through to the Australian Open Round of 16 for the 14th time.

World No. 1 Djokovic was tested in the opening two sets, but suffered an injury in the third set and had to successfully manage both pain and a red-hot opponent to advance 7-6(1), 6-4, 3-6, 4-6, 6-2. After dropping the third and fourth sets without reaching deuce on the Fritz serve, Djokovic gained back-to-back breaks in the decider to earn his 78th victory at Melbourne Park (78-8) after three hours and 25 minutes.

“This is definitely one of the most special wins in my life,” said Djokovic, in an on-court interview. “It does not matter what round it is, against who it is. Under these kinds of circumstances, to pull this through is definitely something I will remember forever.”

Djokovic remains in the hunt for a record-extending ninth Australian Open title. The 17-time Grand Slam champion is attempting to join 13-time Roland Garros champion Rafael Nadal as only the second man to win nine or more Grand Slam crowns at a single event. The 33-year-old will meet Milos Raonic in the Round of 16 on Sunday.

”I know it is a tear of the muscle, so I don’t know if I will manage to recover from that in less than two days,” said Djokovic. “I don’t know if I am going to step out on the court or not. I am just very proud of this achievement tonight.” 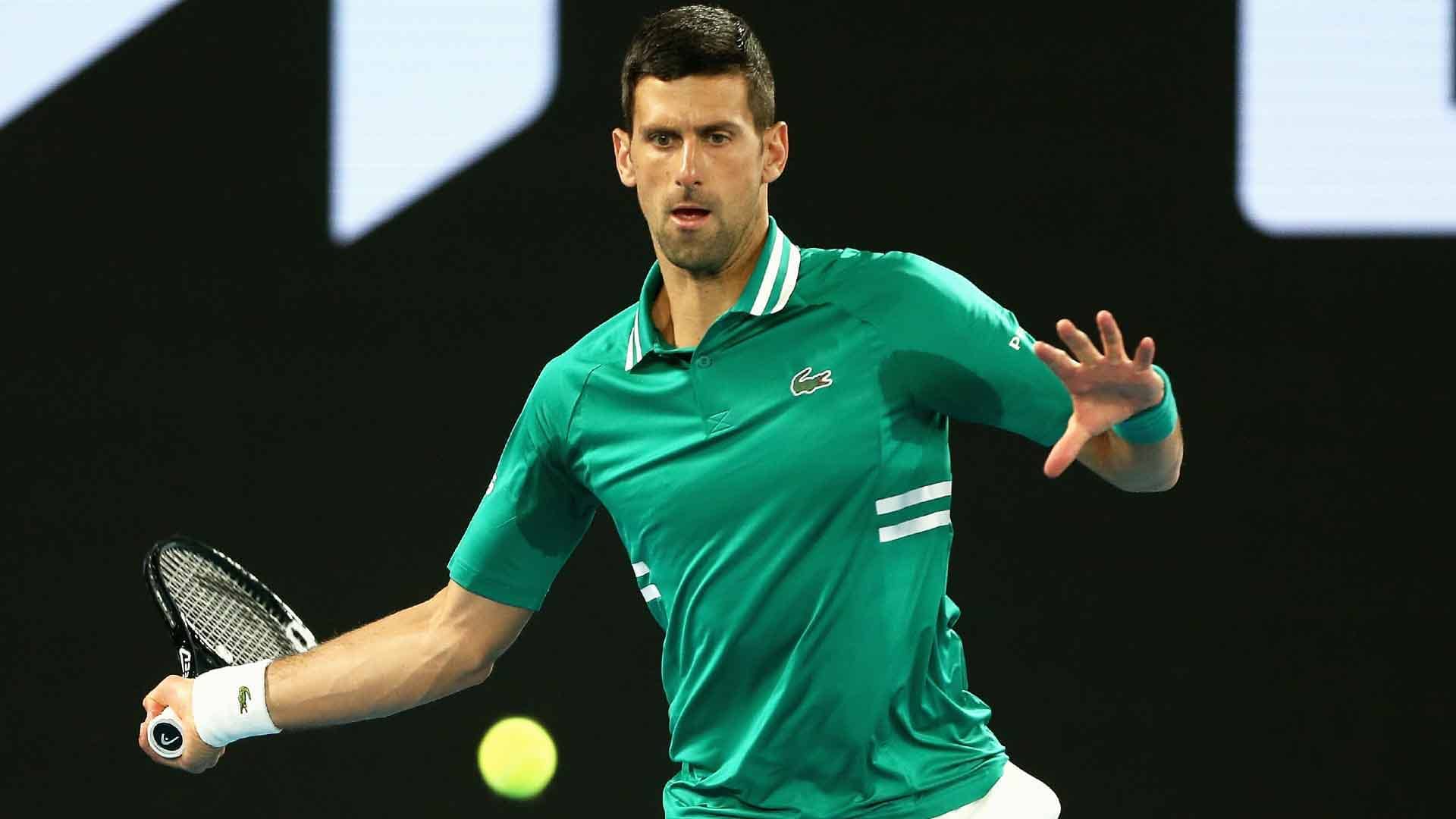 After failing to serve out the first set at 5-3, Djokovic moved Fritz across the baseline and dictated the centre of the court to dominate the tie-break and establish a lead in the second set. Djokovic attacked when he faced two break points at 4-3, 15/40 in the second set and he claimed a two-set lead with a love service hold two games later.

It was at this stage that the match swung firmly in Fritz’s favour. Djokovic called the trainer to the court at 2-1 in the third set to treat his abdomen. From that point, Fritz faced little resistance in his service games and gained success attacking Djokovic’s forehand to take the only breaks of the third and fourth sets.

“In the third and the fourth sets, I just served and I couldn’t do much on the return,” said Djokovic. “I was just going for my shots. I was hitting two first serves and it worked well.”

You May Also Like: Thiem Stages Epic Comeback To Beat Kyrgios In Five Sets

With the crowd forced to leave Rod Laver Arena at 3-2 in the fourth set due to Victorian Government COVID-19 restrictions, the entirety of the fifth set was played behind closed doors. Djokovic, facing his earliest exit from Melbourne Park since 2017, dug deep and claimed four consecutive points to clinch the crucial break of the match.

With his first break point since the second set, Djokovic trusted the shot which had caused him so much trouble throughout the previous two sets. The eight-time champion stepped inside the court and fired a forehand winner up the line and into the corner to break for a 4-2 lead. Two games later, he clinched victory with his fourth break of the match.

“I want to congratulate Taylor for a great fight,” said Djokovic. “I am sorry that he lost the match today. I just tried to stay in there. I was hopeful that whatever was happening there [in my abdominal muscles] was going to feel better and towards the end of the fourth [set] it started to feel better.”

"I make [the] third round [at] literally every single Slam. I just want to make it to the fourth round," said Fritz, who owns a 0-6 record in Grand Slam third-round matches. "It's so tough. I fought so hard and wanted it so bad, and it's just really tough to go out like that. I have to give credit. He was really good in the fifth set." 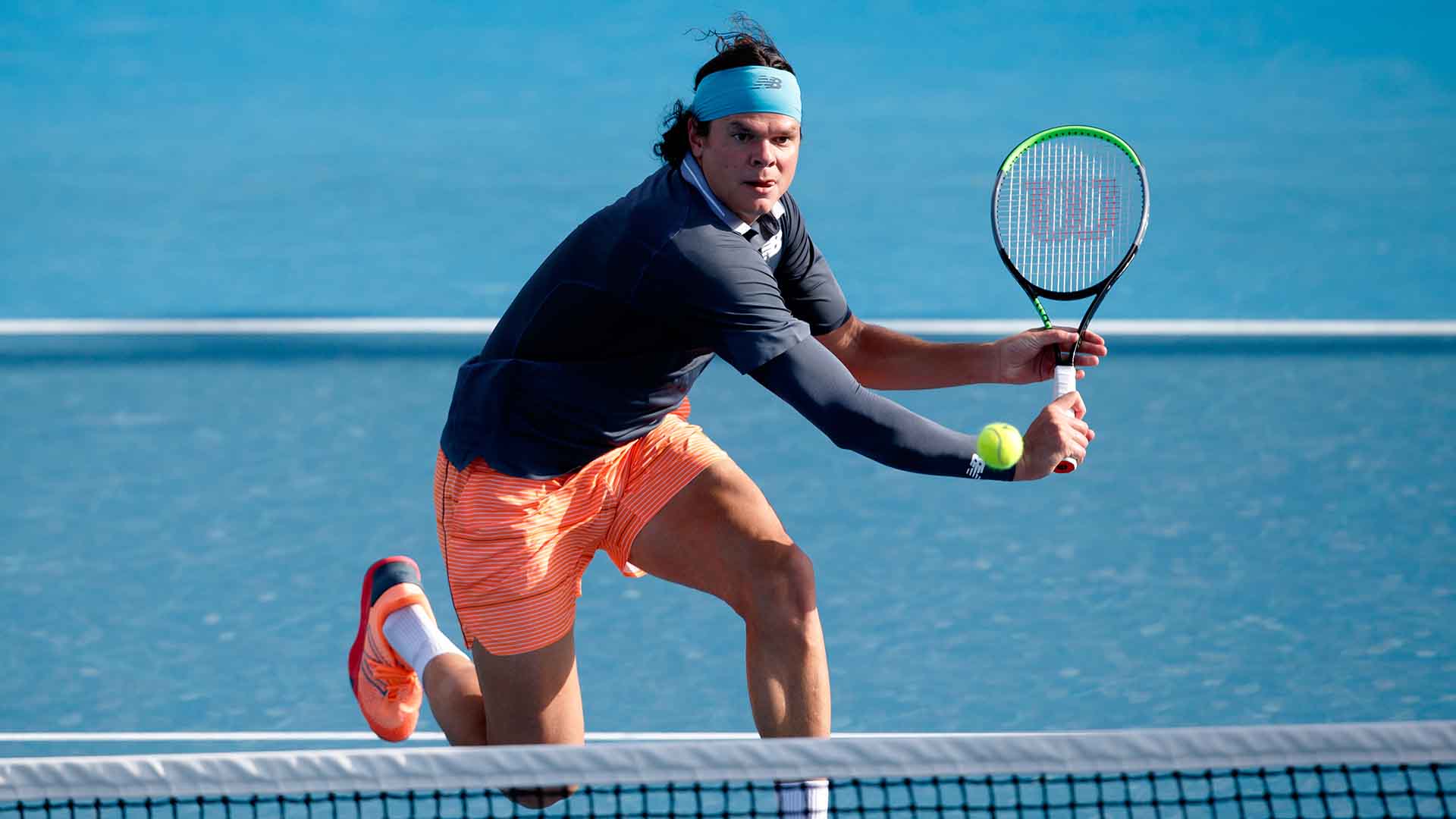 Raonic made it through to the Round of 16 for the eighth time with a 7-6(2), 5-7, 6-2, 6-2 win against Marton Fucsovics. The 14th seed landed 47 winners and won 71 per cent of his net points (25/35) to advance in three hours and 13 minutes. With his third win in as many ATP Head2Head encounters against Fucsovics, who struggled with his movement during the third and fourth sets, Raonic improved to 34-10 at Melbourne Park.

“[The reasons for my success in Melbourne are] the conditions here, especially when it's warmer," said Raonic. "The balls are a bit more lively and quicker through the courts. I think, for me, a big part of it is also the timing, when this tournament falls beginning of the year.

“Obviously, I have had struggles with injuries through later parts of the season, but [here], we get to work our way into the Australian Open for many weeks as part of the off-season without any immediate pressure of rushing to the next tournament. [I am] really able to focus on things. I think I'm able to come here healthier, fitter and fresher. I think that works well alongside the conditions.”

Djokovic owns a perfect 11-0 ATP Head2Head record against Raonic. The pair will meet for the third time at this event. Djokovic claimed straight-sets wins against the former World No. 3 in the 2015 and 2020 quarter-finals.