Scott Delaney is one of three 2018-19 Djokovic Science & Innovation Fellows.

Andrew Eichenholz
This article contains:
Scott Delaney, a lifelong tennis fan and lawyer by trade, is one of three 2018-2019 Djokovic Science & Innovation fellows

Many are familiar with the Novak Djokovic Foundation, which strives to provide underprivileged children with quality preschool education. But few would know that the foundation endows a fellowship at the Center on the Developing Child at Harvard University

It’s not often that you’ll find a legendary athlete supporting the research of doctoral students. But in 2016, the Djokovic Science and Innovation Fellowship was created to contribute new, science-based innovations in early childhood development. This partnership is meant to create a new generation of leaders who will leverage science for innovation in early childhood practice and policy settings.

Chicagoan Scott Delaney, an attorney by trade who is pursuing a doctoral degree in social and psychiatric epidemiology, is one of the three 2018-2019 Djokovic Science & Innovation fellows to receive support for their research. Delaney isn’t just aware of who Djokovic is — he is a lifelong tennis fan.

“I remember growing up and watching Pete Sampras and Andre Agassi and watching Sampras set records that I never thought would be broken, only to see them fall to Federer, Nadal and Djokovic,” Delaney said. “I’m a terrible tennis player, but that does not prevent me from being a very enthusiastic fan and from following the sport.”

While Delaney grew up following those American superstars, he says it was impossible to miss the man whose foundation he received a fellowship from.

“His 2015-2016 season was amazing. You can’t follow sports of any kind and not know of his presence,” Delaney said of Djokovic. “It’s worth noting that I think anybody engaged in child development work will eventually have come across the work of his foundation. It’s pretty prominent. They do superb work.”

Delaney’s research focuses on how poverty changes the lives of children in ways that make it more difficult to succeed well both as kids and as adults. He studies specific types of experiences that causes such situations to learn how to reduce any negative effects.

“Growing up poor can be really challenging, but there are also very tangible, very effective ways of reducing or even eliminating the toxic effects of poverty and adversity,” Delaney said. “If you can intervene, if you can help kids who are facing poverty or who are facing adversity, you can negate a lot of the things that might otherwise happen if the kids don’t have access to preschool and childhood programming.”

That makes his fellowship from the Novak Djokovic Foundation a perfect fit.

“We believe in facilitating the very best in early childhood development and education, always striving to provide a strong foundation for every child,” Djokovic said, on his foundation’s website. “Our project work on the frontlines is informed by the latest academic thinking and now we will also be in a position to contribute to that body of knowledge for the benefit of practitioners and academics alike, in Serbia and globally.”

The partnership came to be through a number of conversations between Novak Djokovic Foundation Global CEO Alberto Lidji and the Director of the Center on the Developing Child at Harvard University, Dr. Jack Shonkoff. Lidji considers Shonkoff the leading mind in the field of early childhood development and education, so he reached out to discuss ways they might be able to collaborate. The rest is history.

Learn More About The Djokovic Science and Innovation Fellowship

“He is truly remarkable and it was natural for me to reach out to him and explore how we might collaborate,” Lidji told ATPWorldTour.com. “Jack is now also on our Foundation's Global Advisory Board, which gives us truly unique insights as we aim to transform the landscape in early childhood development and education.

“Both Novak and his wife Jelena have been very supportive. As soon as the opportunity for collaboration with Harvard's Center on the Developing Child gained structure and its purpose became clear; there was immediate buy-in and we've never looked back. Both Novak and Jelena are extremely involved with the Foundation and their support invigorates the whole team and makes these sort of partnerships with leading centres of excellence possible.”

Lidji recently spent an hour speaking with Delaney about his research interests, calling his “energy and can-do attitude truly infectious”.

Find Out More About The Novak Djokovic Foundation

So, for someone who grew up watching tennis and is a fan of Djokovic, how impressed is Delaney by all of the Serbian’s philanthropic efforts?

“I think, increasingly, our sports heroes are engaging in work for the social good. But I don’t know of any other foundation that sponsors work in this way, at least not led by an athlete let alone a tennis star,” Delaney said. “He’s so prominent, not just in the U.S., but globally. He has an opportunity to lead in ways that few other people do right now, so it’s really cool.” 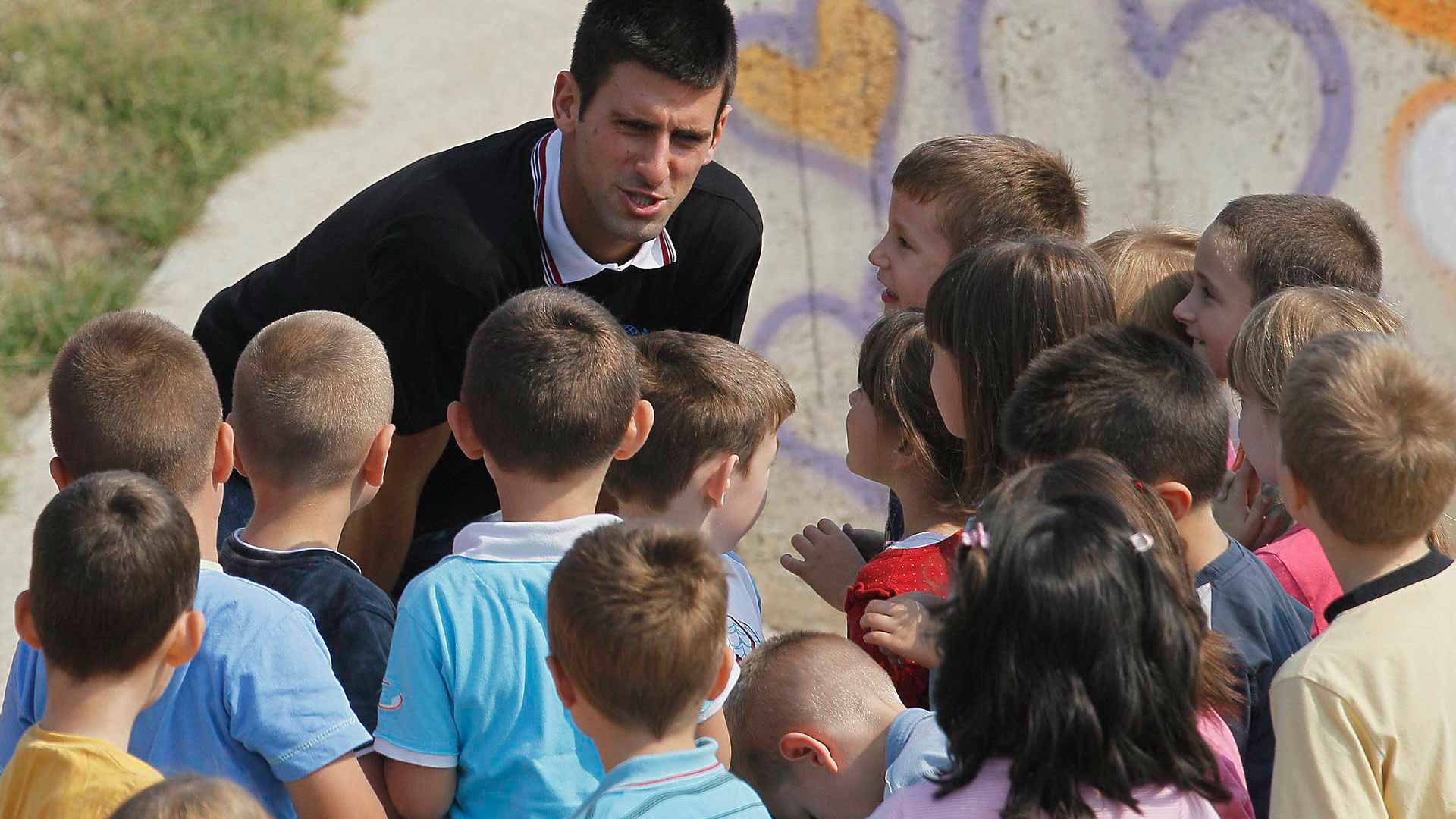 And that is something that Lidji says Djokovic’s foundation embraces.

“While many people might perceive us as a 'celebrity foundation', the reality is that we're much more than that,” Lidji said. “We are a vibrant, sustainable, operating foundation that embraces academic rigour and celebrates research excellence as we try to fill the gaps in the body of knowledge in the field of early childhood development and education.”

Did You Know?
The Novak Djokovic Foundation received grants from the ATP ACES For Charity programme in 2013 and 2017.