Novak Djokovic helps a fan during the third set of his ATP Cup quarter-final match against Denis Shapovalov on Thursday.

A trip to the ATP Cup semi-finals hung in the balance, yet Novak Djokovic was running to the stands to aid a fallen fan.

As Serbia battled Canada in the ATP Cup Final 8, Djokovic stepped up to the line to serve at 5-4, 0/30 in the third set against Denis Shapovalov.

But umpire Carlos Bernardes informed the players of a delay. “Both of you stop, we have a person that's feeling bad,” he instructed.

A woman in the lower bowl of Ken Rosewall Arena had fallen ill and was laying down on seats as those around her fanned her. A temperature of 31 degrees Celsius and muggy conditions made it difficult for all on Thursday in Sydney.

Dozens of fans fanned themselves throughout Djokovic and Shapovalov's two-hour and 41-minute contest. 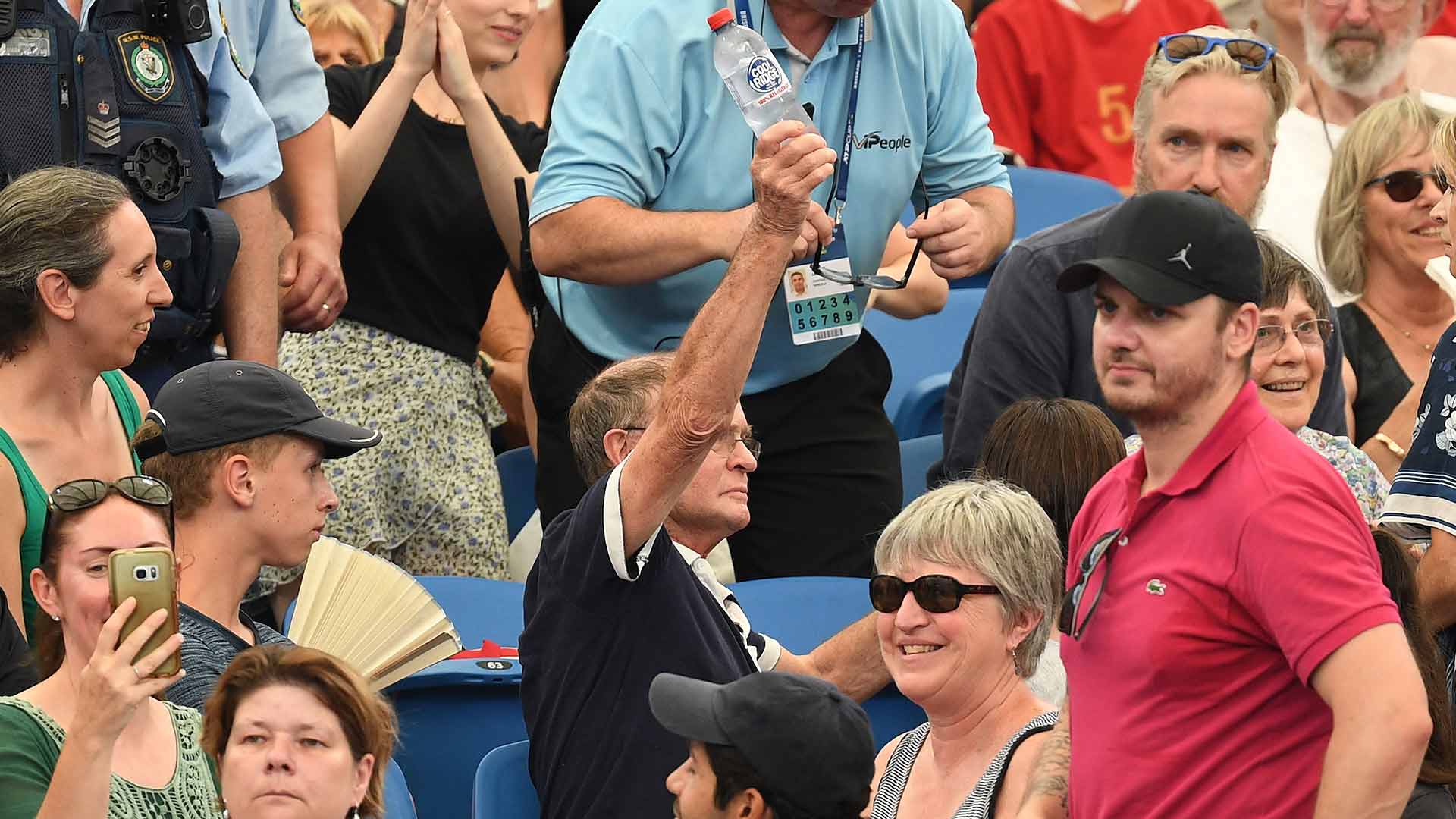 After a few moments, Serbian captain Nenad Zimonjic gave Djokovic a water bottle, and the World No. 2 jogged it over to the woman. The pro-Serbian crowd, as if they needed more reasons to cheer, showered him with praise once more.

"Novak just showing a little bit of his heart in what, to be fair, is an extremely important and tricky point in the match for him," said broadcaster and former World No. 1 Jim Courier, who was calling the match for TennisTV.

Djokovic was broken at 5-4 but recovered to beat Shapovalov 4-6, 6-1, 7-6(4) and clinch Serbia's place in the ATP Cup semi-finals, where they will meet Daniil Medvedev and Russia (d. Argentina).

You May Also Like: Djokovic Sends Serbians To ATP Cup Semis
More stories like this in:
Premier Partner