Novak Djokovic will lead Serbia at next month's ATP Cup in Australia.

ATP Staff
This article contains:
World No. 2 has inspired countless to pursue their ATP Tour dreams

Novak Djokovic earned his first ATP Rankings points in July 2003. At the time, there were only two Serbians – Janko Tipsarevic (No. 147) and Boris Pashanski (No. 254) – in the Top 300 of the ATP Rankings.

But 17 years later, after Djokovic's 77 tour-level titles, including 16 Grand Slams and 34 ATP Masters 1000s, it's clear the effect Serbia's top sportsman has had on his home country.

The players who rose with Djokovic – Janko Tipsarevic and Viktor Troicki – have retired or fallen in the ATP Rankings. But Djokovic, at 32, remains in his prime and is leading the Next Generation of Serbian talent.

At next month's ATP Cup, the Serbian team will be a blend of experience and youth as Djokovic will compete with Troicki (33 years old), Nikola Cacic (28), Nikola Milojevic (24) and Dusan Lajovic (29).

“I think it's great for Serbian tennis,” Djokovic said of Lajovic's 2019 play, which included his maiden title at the Plava Laguna Croatia Open Umag. “I think it's important that other players from Serbia are also doing really well in big tournaments. That inspires obviously many more younger tennis players to dream big.”

Djokovic also played a contributing role in the other high moments. In February, Laslo Djere upset Dominic Thiem at the Rio Open presented by Claro and went onto win his maiden title at the ATP 500 event (d. Auger-Aliassime).

Djere said of Djokovic's influence: “We know each other and always say a few words when we see each other at tournaments... He sent me a message when I reached the Top 100 [of the ATP Rankings] and called me to play doubles with him at the Dubai Duty Free Tennis Championships, when I was nowhere close to the Top 100. He’s a great guy and an inspiration to all of us.”

In March, #NextGenATP Serbian Miomir Kecmanovic, then 19, became the first lucky loser to reach the BNP Paribas Open quarter-finals in Indian Wells since the Masters 1000 series began in 1990. Kecmanovic was the last Serbian standing at an event Djokovic has dominated.

Kecmanovic finished his season at the Next Gen ATP Finals in Milan, becoming the first Serbian to compete at the event, which debuted in 2017.

For Kecmanovic, Djokovic has been the encouraging voice in his corner when things haven't always gone as planned. “Obviously sometimes you don't feel like doing anything. You feel like not practising or maybe quitting. And to hear him saying, 'No, you have to keep going. Push through it,' give some encouraging advice like that, I think that helped me a lot,” Kecmanovic said.

Lajovic, like Djere and Kecmanovic, compiled his best season yet on the ATP Tour. In addition to his title in Umag, the 29-year-old beat Thiem and Russian Daniil Medvedev to make his first Masters 1000 final at the Rolex Monte-Carlo Masters (l. to Fognini). At Roland Garros, Lajovic reached his third Round of 32 at a major championship.

“He hasn't surprised me with the level of tennis on clay, because I knew that he has the ability to play at a really high level,” Djokovic said of Lajovic. “But to do it day after day at such a big tournament and to win against big players like Dominic Thiem is phenomenal, and I congratulate him for the great success.”

Filip Krajinovic struggled with expectations in 2018 after his surprise run to the 2017 Rolex Paris Masters final (l. to Sock). But the Serbian reached two more ATP Tour finals in 2019 – Budapest, Stockholm – and finished the season at No. 40 in the year-end ATP Rankings, only six off his 2017 year-end spot. He, like his peers, feels fortunate to have Djokovic representing Serbia.

“He's amazing, one of the best ever. So it's a pleasure, and we are so proud to have him. And, of course, he gives us advice. He went through all [these situations] like we are now. So we are very pleased and happy that we have Novak,” Krajinovic said.

Milojevic, who will compete alongside Djokovic at the ATP Cup, said Djokovic's influence extends to every Serbian with a racquet. 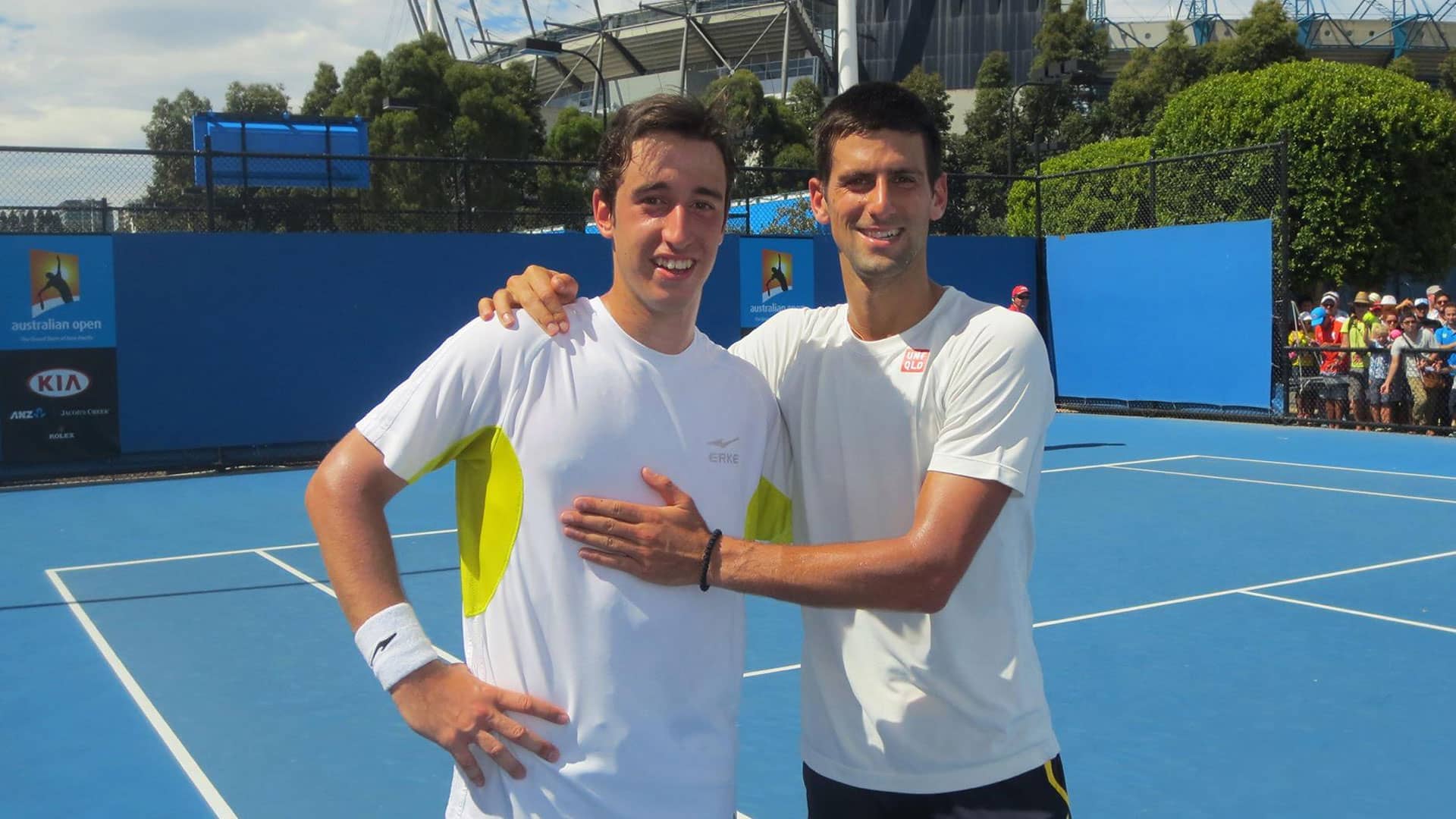 “Since he became No. 1 and has done all these amazing things, things got better for the players back home. In terms of improving conditions to practise in Serbia and having a lot more courts to play on, we owe it all to him,” Milojevic told ATPTour.com.

But none of them know the secret to why Serbia has risen to the top of the tennis world. Or perhaps there is no secret at all: Just follow Djokovic's example.