The World No. 1 returned with pace and precision and won 89 per cent of net points (16/18) to join 13-time Roland Garros champion Rafael Nadal as only the second man to win nine or more titles at the same Grand Slam event. Djokovic also closed the gap on 20-time major titlists Nadal and Roger Federer at the top of the Grand Slam titles leaderboard with his 18th major trophy.

"Everyone talks about the new generation coming and taking over us, but realistically that isn't happening still,” Djokovic told Eurosport. “We can talk about it all day but with all my respect to the other guys, they still have a lot of work to do. I'm not going to stand here and hand it over to them. I'm going to make them work their ass off for that."

Djokovic snapped Medvedev’s 20-match winning run in emphatic fashion on Rod Laver Arena. The 33-year-old, who improved to 18-0 in semi-final and final clashes at the Australian Open, also gained revenge for his 6-3, 6-3 loss to the Russian at last year’s Nitto ATP Finals. Djokovic now owns a 5-3 ATP Head2Head advantage against Medvedev.

“On the court, Daniil is one of the toughest players I have ever faced in my life. It’s only a matter of time before you hold a Grand Slam trophy," said Djokovic, in the trophy ceremony. "If you can wait a few more years, I’d appreciate it. It’s amazing that he has put together a 20-match winning streak over the past few months.”

After a four-set win against Frances Tiafoe in the second round, Djokovic survived an abdominal injury scare and an inspired opponent to defeat Taylor Fritz in five sets in the third round. The World No. 1 was also pushed to four sets by Milos Raonic and Alexander Zverev en route to the semi-finals. 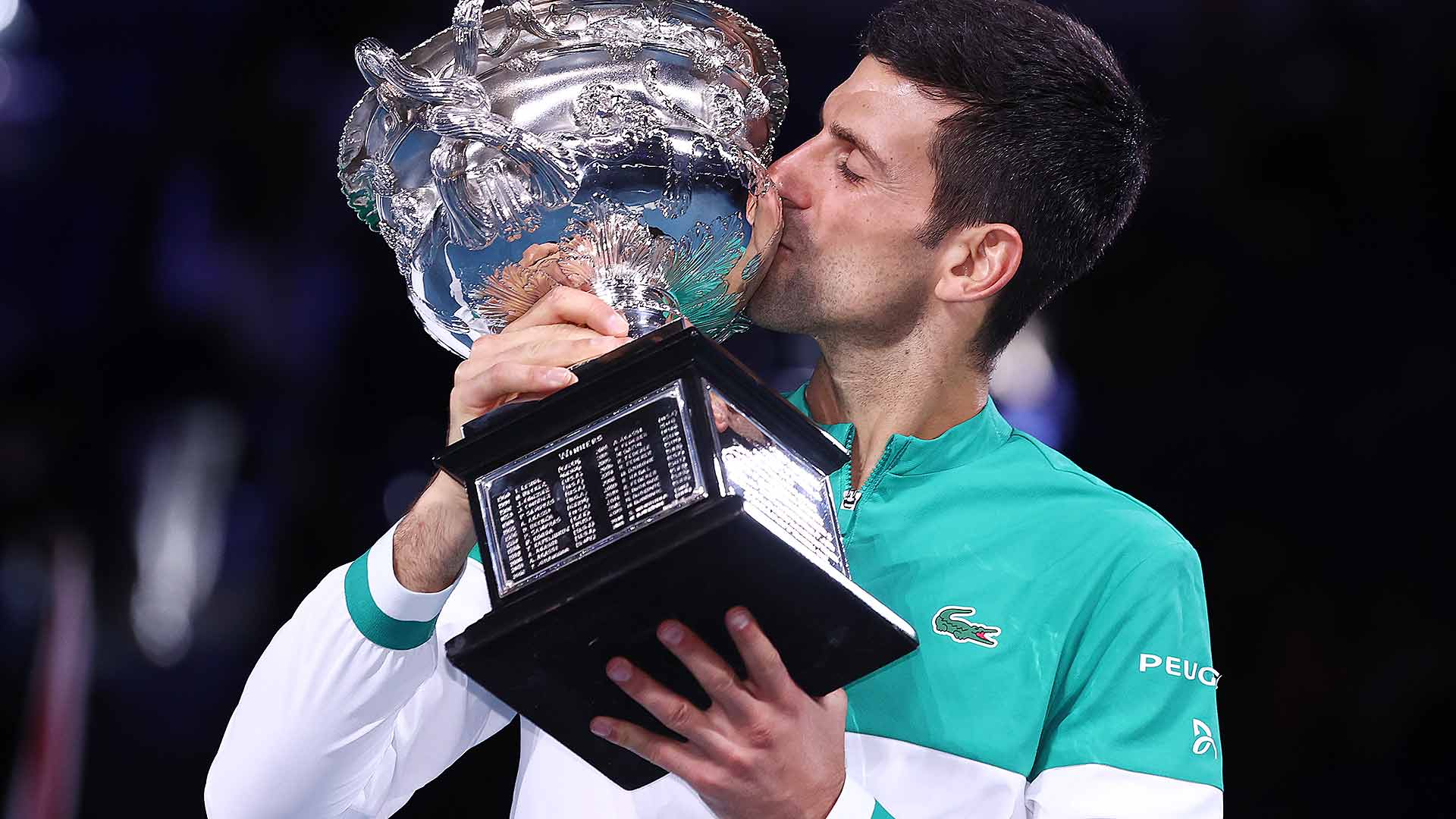 “I think it was a very successful tournament and I'd like to praise [tournament director] Craig Tiley for a tremendous effort," said Djokovic. "It was challenging on many different levels and Tennis Australia should be very proud for making it possible.”

Djokovic made a fast start to his ninth championship match at Melbourne Park. The Serbian charged into a 3-0 lead in under 10 minutes, as he returned with depth and capitalised on three Medvedev forehand errors to break serve at 1-0. Despite an immediate response from his opponent, Djokovic rushed Medvedev at 6-5 with aggressive forehands and he landed a backhand passing shot winner up the line to earn three set points. Djokovic converted his third opportunity when Medvedev fired a forehand into the net.

You May Also Like: Dodig/Polasek Capture Australian Open Doubles Crown

After dropping serve in the opening game of the second set, Djokovic reeled off four straight games to take control of the championship match. The six-time year-end World No. 1 played with impeccable depth on his returns to extract errors and Medvedev began to misfire as he attempted to shorten rallies. Djokovic broke serve for the fifth time with a huge forehand return to clinch the second set.

Djokovic capitalised on double faults to earn a break point early in the third set and he took his opportunity. Stretched out wide, the top seed flicked a backhand back into play and broke serve when Medvedev failed to control a forehand volley. Djokovic’s confidence continued to grow throughout the set and Medvedev could not find a way through his opponent’s defence. On his first championship point, Djokovic charged to the net and struck an overhead winner to clinch the title. 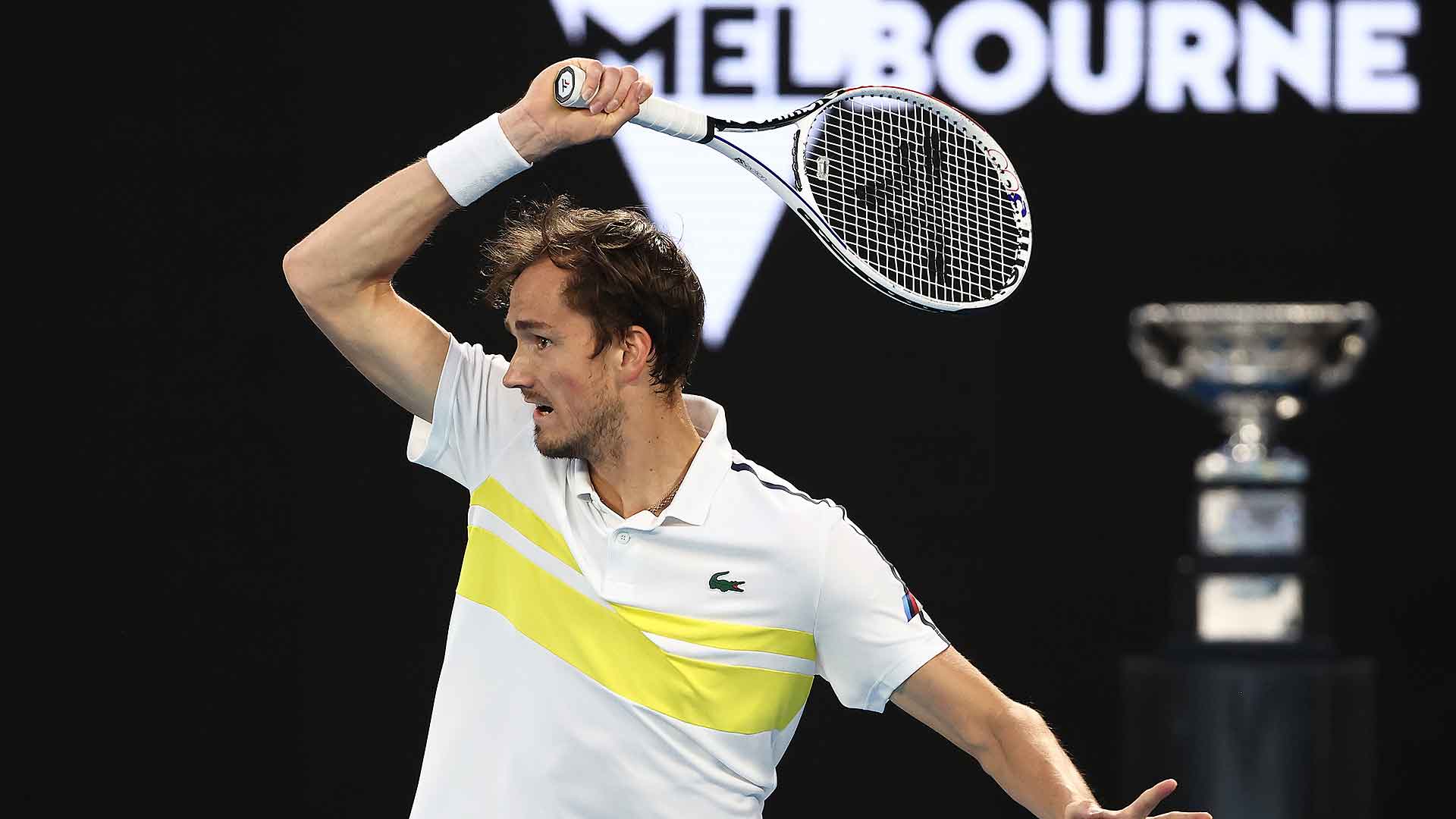 Medvedev was attempting to capture his maiden major championship crown. The reigning Nitto ATP Finals champion has finished as a runner up in both his Grand Slam final appearances. At the 2019 US Open, Medvedev pushed Rafael Nadal to five sets in an epic four-hour, 51-minute battle.

“Congratulations to Novak and your team. Nine Grand Slams in Australia and 18 in total is an amazing thing and it is probably not your last one,” said Medvedev, in the trophy ceremony.

As a result of his run to the championship match, Medvedev will rise above 2020 runner-up Dominic Thiem to a career-high No. 3 when the latest FedEx ATP Rankings are published on Monday.