Novak Djokovic celebrates beating John Millman on Wednesday night for a place in the US Open semi-finals.

Millman Out Of Magic, As Djokovic Keeps US Open QF Streak Alive

While on paper, Novak Djokovic had cruised past John Millman in their only previous FedEx ATP Head2Head meeting — earlier this year at Queen’s Club — he knew Wednesday evening’s US Open quarter-final would not be as easy against the Aussie. Millman did beat five-time champion Roger Federer in the fourth round, after all.

But the No. 6 seed took care of business, ending the best tournament of the 29-year-old’s career with a 6-3, 6-4, 6-4 victory in extremely humid conditions inside Arthur Ashe Stadium. Djokovic remains undefeated in quarter-finals here in Flushing Meadows, reaching the last four at the event for his 11th consecutive appearance.

“I really have respect for him, said Djokovic. “I thought his kind of approach and mindset even before Roger's match, [his] match against Roger and [the] match against me today, he showed respect to us, but he said, ‘I'm going to go out and I'm going to play. I'm not going [to] play, to satisfy the crowd and make it a nice-looking match. I just want to win.

“Credit to him for saying that and coming out and really backing that up with a performance. I mean, he's a great fighter… just all-around player. I think he has had probably the tournament of his life and a match of his life against Roger. He made me run and he made me earn my match today, earn my win.”

The 70-time tour-level titlist breaks a tie with Andre Agassi and Roger Federer, now standing alone behind Jimmy Connors, who owns a record 14 US Open semi-finals. It is the second time Djokovic is into the last four at a major this year, following his triumph at Wimbledon.

The Serbian will now have a chance to avenge his most recent semi-final defeat in New York when he faces No. 21 seed Kei Nishikori, whom he lost to in the last four in 2014. The Japanese won two of their first three FedEx ATP Head2Head showdowns, with one of them being that semi-final, but Djokovic has reeled off 13 straight in their series since.

When asked about facing Nishikori, Djokovic said, “He's got one of the best two-handed backhands in the game and very quick. If not the quickest, then one of the quickest players on the tour. He has phenomenal footwork. I have played him recently in quarter-finals of Wimbledon. [It was a] tough first two sets, then, after that, I felt like [in the] third and fourth [sets] I played very well. I raised my game.

“We faced each other many times in different tournaments. I have lost – probably the biggest match I lost – against him was here back in 2014. He loves playing here obviously. He had a tough one today against Cilic and managed to prevail in that match, which was quite impressive. He's known to be a very disciplined guy. Works hard and very talented.”

You May Also Like: Four Years On, Nishikori Battles Past Cilic In New York Thriller 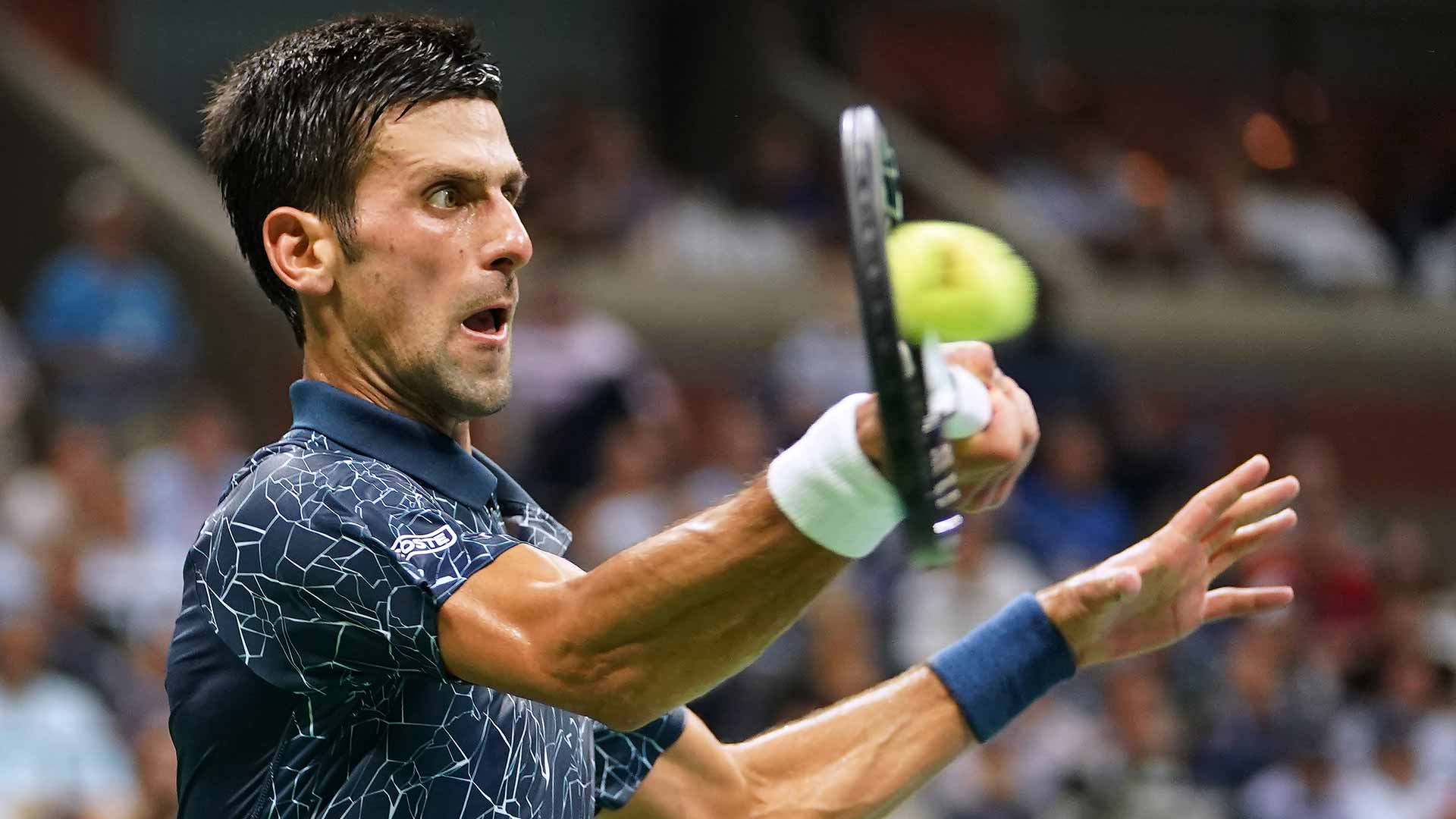 Djokovic came out of the gate against Millman dictating play from on top of the baseline, especially off the forehand wing. The 31-year-old was taking the ball early, forcing Millman off the baseline and allowing the Serbian to play at his own pace and control rallies, helping him break to set the tone.

But while Millman couldn't convert his only break point at the end of the first set, his heavy ball-striking and Djokovic slightly backing off the baseline allowed the Aussie into more points, as if the two-time champion was waiting for the World No. 55 to make a mistake. And while the scoreline might indicate a routine victory, it was by no means easy for the recent Wimbledon and Western & Southern Open champion.

The players endured long, grinding rallies, with one exchange going 27 shots. Millman was working so hard that at 2-2 in the second set, he was allowed a break to change his attire as his sweat was leaving excessive moisture on the court. According to a USTA statement, "The chair determined that the surface was dangerous enough to invoke the 'Equipment Out of Adjustment' provision in the ITF Duties and Procedures for Officials and allowed Millman to go off court to change clothes/shoes."

Djokovic was fine with the delay, and he would eventually break in the second set thanks to a double fault. But after breaking in the third set and appearing in cruise control, things got complicated. While serving up 3-2, Djokovic hit a double fault after a time violation warning. On the next point he was penalised for a second consecutive time violation with the loss of his first serve on break point. The Serb then missed a forehand wide to give the Aussie his first break of the match.

But the Serbian buckled down, launching plenty of deep returns in the next game to earn a 0/40 advantage. And while Djokovic only converted three of his first 19 break chances, Millman slapped a forehand into the net to give the Career Golden Masters holder his fourth break of the match, which proved decisive.

Millman, who was competing in his first major quarter-final, was trying to become the first Australian Grand Slam semi-finalist since Lleyton Hewitt made the last four at the 2005 US Open. The lowest-ranked player remaining is projected to climb to a career-best No. 37 on 10 September.

Read Reaction: Millman - "I'll Take A Lot From It"