Novak Djokovic will chase his third Monte-Carlo title this week.

Djokovic: 'You Do Get Dirty. It's Necessary For Success'

ATP Staff
This article contains:
The top seed will play Ramos-Vinolas or Sinner in his opener

Novak Djokovic is the No. 1 player in the FedEx ATP Rankings and he has won 15 tour-level titles on clay. But even he admitted on Sunday ahead of the Rolex Monte-Carlo Masters that shifting to clay is not seamless.

“I think clay requires a lot of adjustments. The ball bounces irregularly. It's quite unpredictable at times,” Djokovic said. “If the courts are not in a perfect state — which is normal if you have rain, wind, different conditions that can affect the condition of the court — then obviously mentally you just have to stay out there. I will use this term 'grind' [for what you have to do] mentally and physically more than any other surface.”

Djokovic, a two-time Monte-Carlo champion, discussed at his pre-tournament press conference how the surface changes the tactics and style of play. On quicker surfaces, players rush to the first punch in a rally to try to seize control of a point. But on clay, the pace of the action is different.

“It can be very frustrating at times, because sometimes you just feel like maybe you can't make a winner, you can't make an easy point with your serve like you usually do on the other surfaces,” Djokovic said. “It requires a tactical and definitely technical adjustment. The positioning on the court has to vary all the time. A lot of guys, including myself, who usually attacks the return on other faster surfaces, on clay I would probably be more optional there, maybe mix it up, go back from deep in the court, send a looping topspin, then try to get into the rally.

“It's a very strategic surface that requires a lot of strategic thinking and tactical adjustment.” 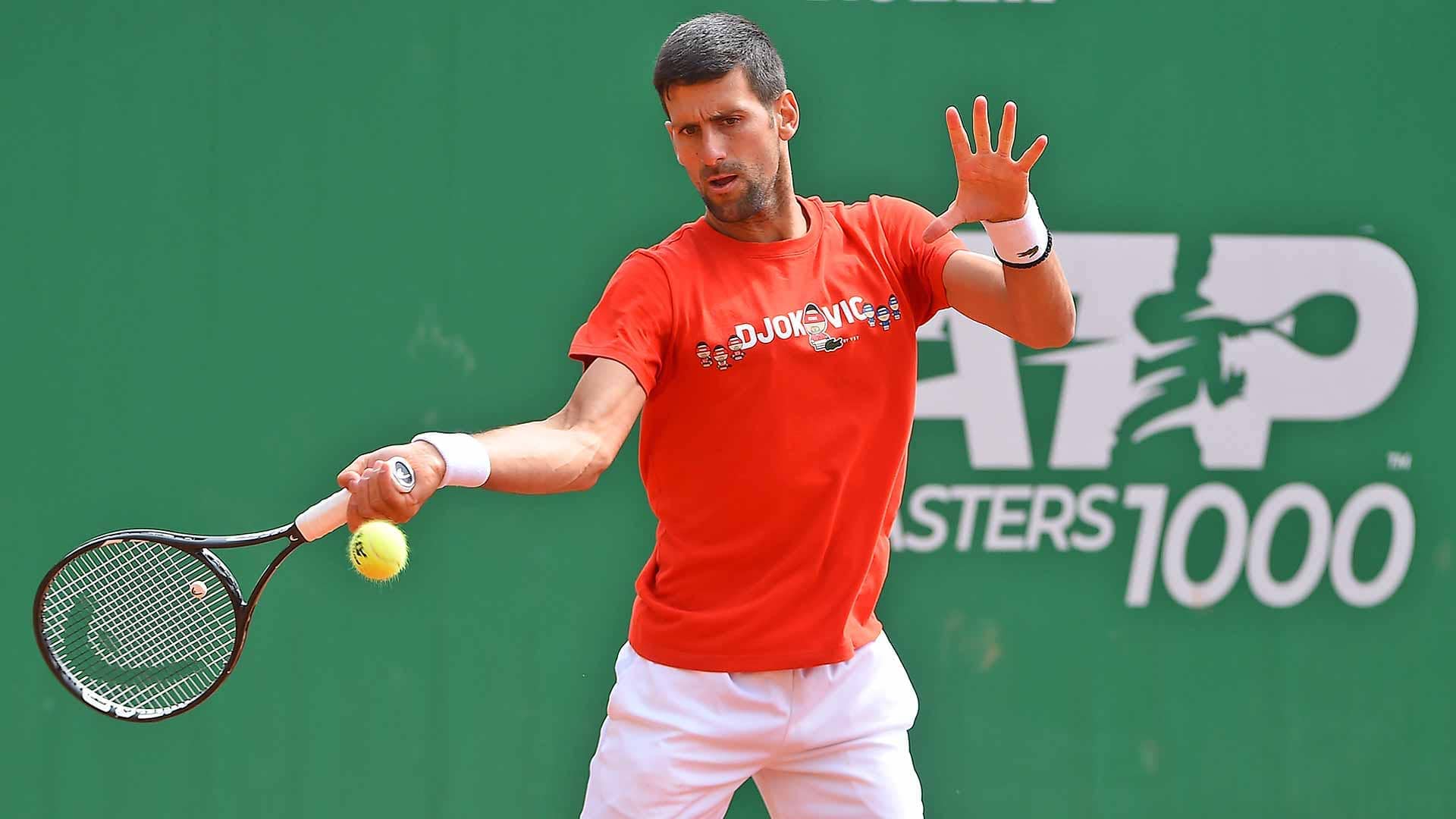 Photo Credit: Corinne Dubreuil/ATP Tour
Earlier in the day, second seed Daniil Medvedev spoke about getting dirty on clay when sliding around the court. But that’s not always a bad thing, according to Djokovic.

“You do get dirty,” Djokovic said, cracking a laugh. “It's necessary, I guess, in order to have success on this surface.”

This will be the World No. 1’s first tournament since he won his ninth Australian Open title in February. The Serbian, who also earned two victories for his country during the ATP Cup, is 9-0 on the season, and he is not concerned about going two months without a match.

“I have had some periods in my career where I didn't play a tournament for maybe a couple months, then came back,” Djokovic said. “I don't think there is anything special I have to do in terms of preparation in order for me to feel my best on the court. I've been training quite a lot on clay.

“Here in Monte-Carlo actually where I reside with the family, it was convenient and feels great. I feel physically prepared.”

You May Also Like: Monte-Carlo Scouting Report: Nadal Chases 12th Title, Djokovic Is Back

Typically fans flood the walkways at the Monte-Carlo Country Club. But with no fans in attendance this year due to the COVID-19 pandemic, it has created a different atmosphere. Djokovic said that he misses having the fan’s support and explained how their absence impacts the player’s experience.

“You play the tournament at the club where you usually come to train. You still spend time outdoors walking around the club, which you don't have normally the opportunity to do because there's so many people, it's just impossible to walk around,” Djokovic said. "Now you can actually go and check out some training sessions from other players or matches, just be outdoor on the fresh air, which is something that we are grateful for.”

Djokovic is excited to get going, and he will have to be sharp from the first ball against recent Miami finalist Jannik Sinner or 2017 Monte-Carlo runner-up Albert Ramos-Vinolas.

“Mentally I missed tennis [the] past couple months that I haven't been competing,” Djokovic said. “I look forward to my first match.”