Roger Federer, a six-time champion at Melbourne Park, walks onto court for the 2019 Australian Open draw ceremony on Thursday night.

Federer, Nadal In Same Half Of Australian Open Draw

ATPTour.com breaks down the draw of the first major of 2019

Roger Federer, the six-time Australian Open champion, has been drawn in the same half as 2009 titlist Rafael Nadal and Marin Cilic, who the Swiss superstar beat in the 2018 final. World No. 1 Novak Djokovic, also with six trophies at Melbourne Park, has Alexander Zverev in his half of the draw.

Having taken part in the Australian Open draw ceremony on Margaret Court Arena Friday night, Federer watched on as he realised he’d need to potentially beat a resurgent Cilic or Rolex Paris Masters winner Karen Khachanov, Kevin Anderson or John Isner, and Nadal if he is to add to his 20 major championship trophies, which would also represent his 100th career crown.

Federer’s first task will be to prepare to meet Uzbekistan’s Denis Istomin in the first round. The World No. 3 leads Istomin 6-0 in their FedEx ATP Head2Head series, with their last two meetings going to three sets. Five-time former finalist Andy Murray, who continues his comeback from a long-time hip injury and also features in the third quarter of the draw, starts against Qatar ExxonMobil Open champion and No. 22 seed Roberto Bautista Agut.

Speaking during an on-court interview, Federer said, “The moment that you find out the draw before you play, you shift you’re focus to the first round - and not considering whether you can win a seventh title. You simplify your preparations. I can’t believe I won the past two titles, so in a way that has to be the goal, but I’m not putting too much pressure on myself."

When asked about the evolution of his game in recent years, the Swiss admitted, “Novak challenged me time and time again. I played him in his absolute prime, when he was virtually unbeatable. It was important not to get frustrated. We’re both naturally aggressive players. Novak, Rafa and others have made me rethink my game, change my game style. My racquet switch, enabling me to become more aggressive on my backhand, probably helped me win the title two years ago too.”

Nadal, as the second seed, opens his quest for an 18th Grand Slam championship against Australia’s James Duckworth. The Spanish superstar has a 55-12 record at the Melbourne major, including three runner-up finishes in 2012 (l. to Djokovic), 2014 (l. to Wawrinka) and 2017 (l. to Federer), and he will be contesting his first tournament since September 2018. Also in the bottom quarter, fifth seed Anderson will challenge Adrian Mannarino of France, with ninth seed John Isner and No. 20 seed Grigor Dimitrov in his section. Isner, 6’10”, takes on 6’11” fellow American Reilly Opelka in the first round. 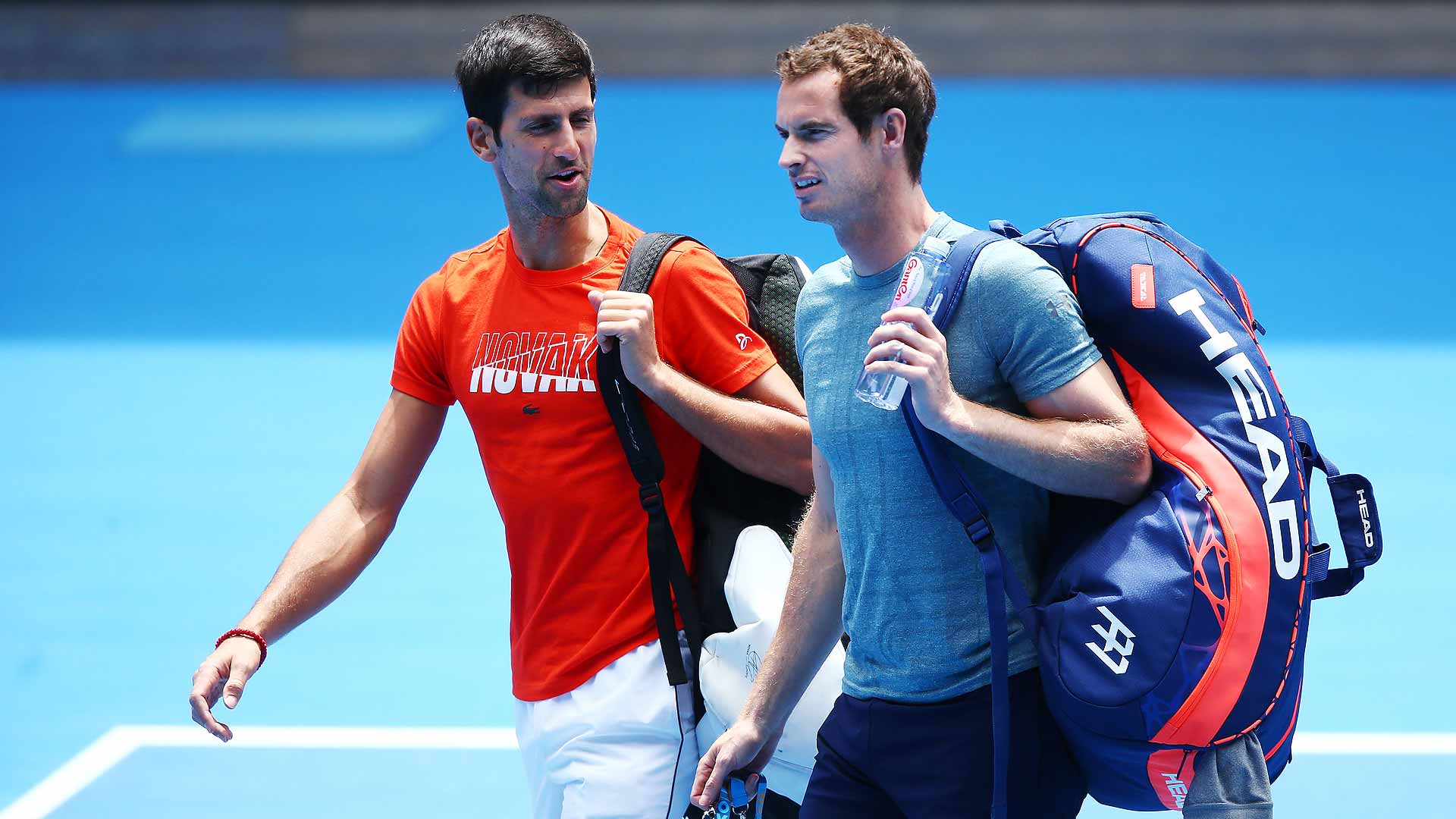 Top seed Djokovic, with a 61-8 record at Melbourne Park, starts his campaign for a 15th major crown against a qualifier, but will be wary of the firepower of a resurgent Jo-Wilfried Tsonga – who starts against Martin Klizan – in the second round. Eighth seed Kei Nishikori, a three-time former quarter-finalist and recent Brisbane International winner, also faces a qualifier first up and may potentially be a last eight foe for Djokovic.

Zverev, the Nitto ATP Finals champion and fourth seed, who has reached the third round for the past two years, challenges Slovenia’s Aljaz Bedene in the first round with 2014 champion Stan Wawrinka, No. 16 seed Milos Raonic and Nick Kyrgios threats in the fourth round.

It will be the first Australian Open to feature deciding set tie-breaks at 6-6, with the first player to scores 10 points – and leading by two points – winning the match. Also, the men's draw will feature a 10-minute break for the heat after the third set.

Main draw play will get underway on 14 January.