Novak Djokovic faced a massive test in the 2018 Wimbledon semi-finals. The Serbian underwent a ‘small medical intervention’ earlier that year on his right elbow after the Australian Open, and later suffered his first three-match losing streak since 2007. In June, he fell to No. 22 in the FedEx ATP Rankings, his lowest standing in more than a decade.

But the Serbian had a golden opportunity against one of his greatest rivals, World No. 1 Rafael Nadal, to prove he was back in form by reaching the final at The Championships. Nadal had just won his 11th Roland Garros title, and after battling past Juan Martin del Potro in a quarter-final thriller, he was keen to advance to the championship match at SW19 for the first time since 2011.

"I'm really, really pleased. I was very emotional after the match, as well, because it's been a long 15 months for me, trying to overcome different obstacles," Djokovic said. "To be where I am at the moment is quite satisfying." 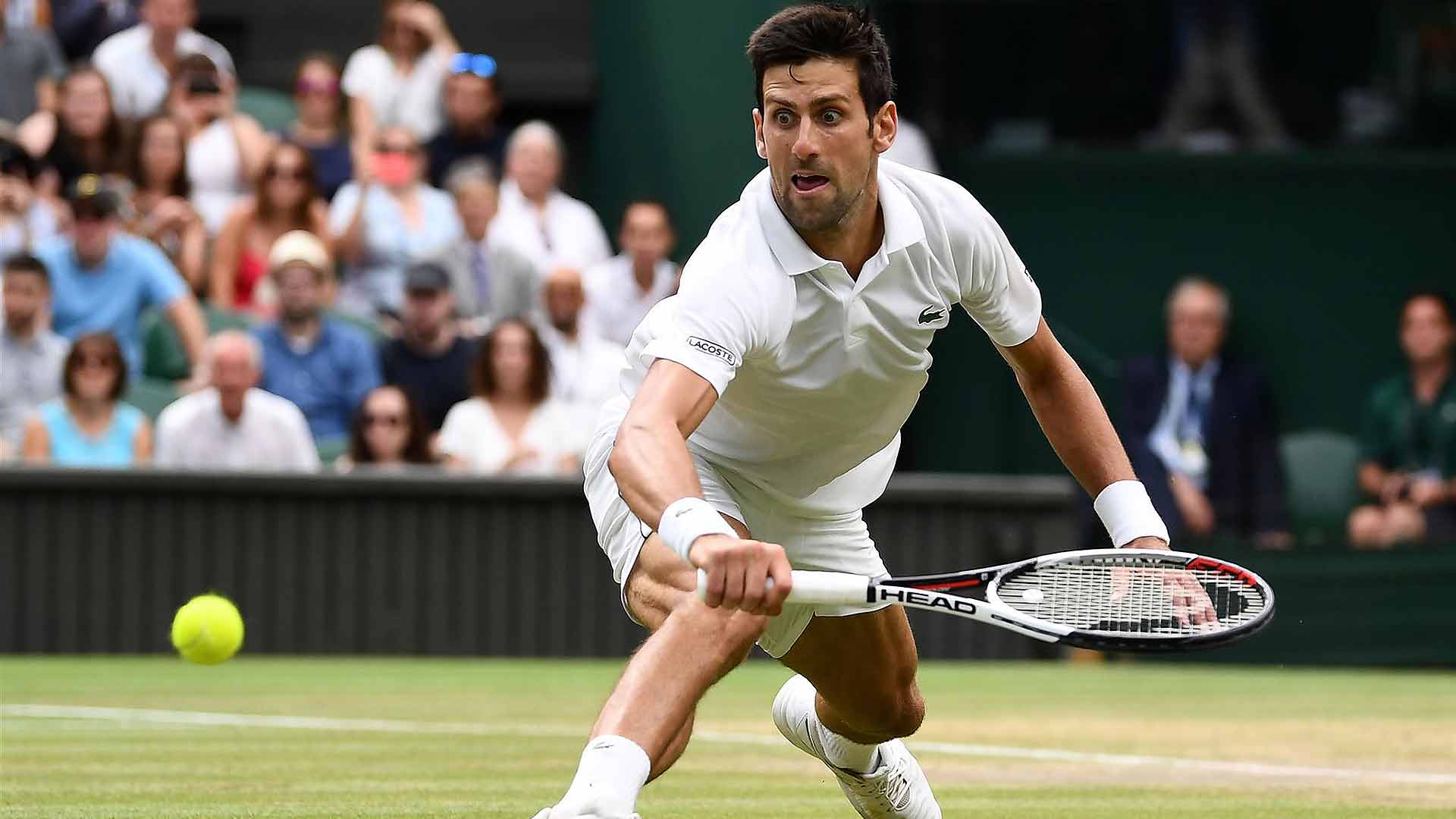 Play was suspended Friday evening due to curfew after three sets, with Djokovic leading two sets to one. There was no doubt that the Spaniard would come out swinging in the fourth set with his back against the wall. And after saving two break points in the first game of the resumption Saturday, Nadal broke Djokovic with aggressive returning, dictating play with his forehand. He won the fourth set, but it was not enough for the second seed.

"I think I played a great match," Nadal said. "I have not much more inside me. I gave it my best, and that's it. It's fair to say that was a great match and he beat me. Well done for him. That's all. That's sport."

Nadal earned five break points in the fifth set, and one opportunity at 7-7 appeared ripe for the taking. Djokovic, the 12th seed, answered Nadal’s pressure with a curling cross-court forehand passing shot winner, gesturing to the crowd to cheer.

Five games later, Djokovic closed out his marathon victory, advancing to the final in which he beat Kevin Anderson for his fourth Wimbledon title. It was the Serbian’s first Grand Slam triumph since 2016 Roland Garros.

It was a disappointing loss for Nadal, but the Spaniard retained top spot in the FedEx ATP Rankings. That didn’t last all year, though, as Djokovic came full circle in his comeback, winning the US Open and returning to World No. 1 on 5 November, ultimately finishing as year-end No. 1 for the fifth time.