Novak Djokovic waves to his son, Stefan, in the players box on Centre Court, after winning his fourth Wimbledon title on Sunday.

Serbian star details struggles of the past 18 months

Novak Djokovic has posted an open letter on his official website detailing the mental and physical issues he has had to overcome to win a fourth Wimbledon title at The Championships on Sunday.

The Serbian, who returned to the Top 10 of the ATP Rankings on Monday with his 13th Grand Slam championships crown, revealed the doubts he had about returning to his peak performance days after suffering a six-month injury layoff last year.

“In 2017, the injury of my right elbow was so severe that I was forced to be out from the Tour for six months. Injury was one of the issues, the other big one was any motivation. I didn’t have problems to practice and to enjoy the tennis court but I had mental hurdles when I had to compete.

“One day I will share more in depth what kind of challenges I had to face and how I felt.

“For the past two years, I wasn’t patient with my tennis expectations. I wasn’t wise in strategising. And I certainly wasn’t clearly hearing my body telling me that there is something serious happening with my elbow. I was trying to find solutions somewhere else and solution was always inside of me.

“After many changes made with training, racket, team members, I didn’t know if I would be able to get back on the desired level of tennis. Actually, one part of me always believes in my own qualities and capabilities. But there was a lot of doubtful moments where course of action could have gone different ways.” 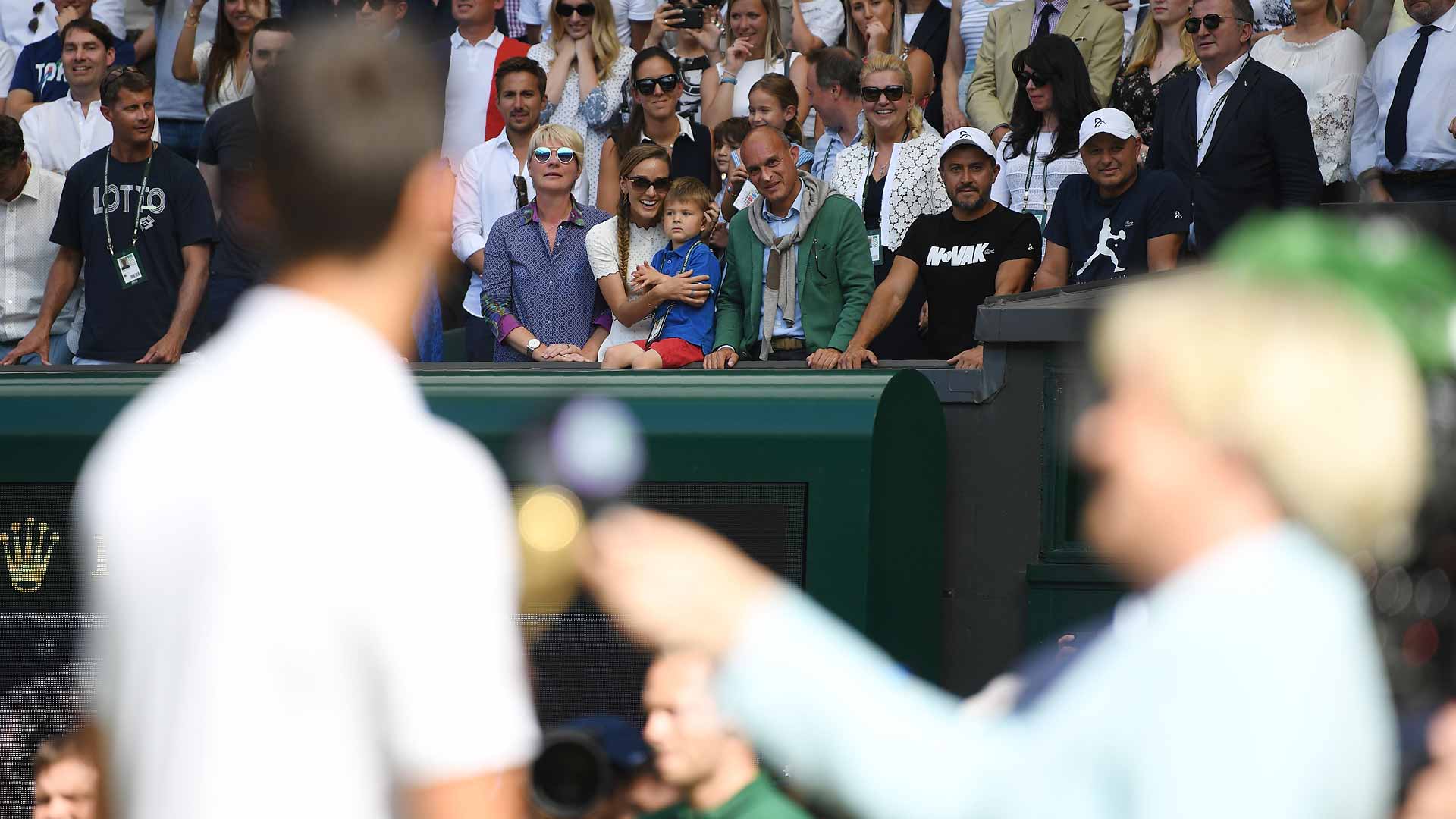 Djokovic, who beat World No. 1 Rafael Nadal in the semi-finals at Wimbledon, overcame Kevin Anderson in the final and afterwards witnessed his son, Stefan, come into the players box on Centre Court to celebrate the victory. He also paid tribute to his wife, Jelena, and children, in the open letter.

You May Also Like: 'Daddy! Daddy!': Djokovic's Favourite Wimbledon Shout

"The feeling of having my son in my wife’s arms at the trophy ceremony in the Players box was the most wonderful sensation I have had at any tournament that I have ever won in my career.

"When I became a father, one of my biggest dreams was to have my children present at the stands while I am playing. Let alone winning trophies. That dream came true several days ago. Everyone keeps on asking me to describe the feeling. I have said it is unforgettable, special, fulfilling, wonderful, joyful. But most of all, it is Magical! When I thought that moment could not get any better, he shouted “Daddy, Daddy!” That’s when I completely melted. Overwhelmed with emotions. Happy and joyful beyond belief. I am so GRATEFUL to have experienced that."