Novak Djokovic wins 80 per cent of his service points to defeat Denis Shapovalov in the Paris final.

Heading into the Rolex Paris Masters final on Sunday, one of the adaptations top seed Novak Djokovic had to make was going from playing a right-hander like he did in the semi-finals against Grigor Dimitrov to facing a left-hander in the championship against Denis Shapovalov. But the Serbian's serve did not miss a beat. 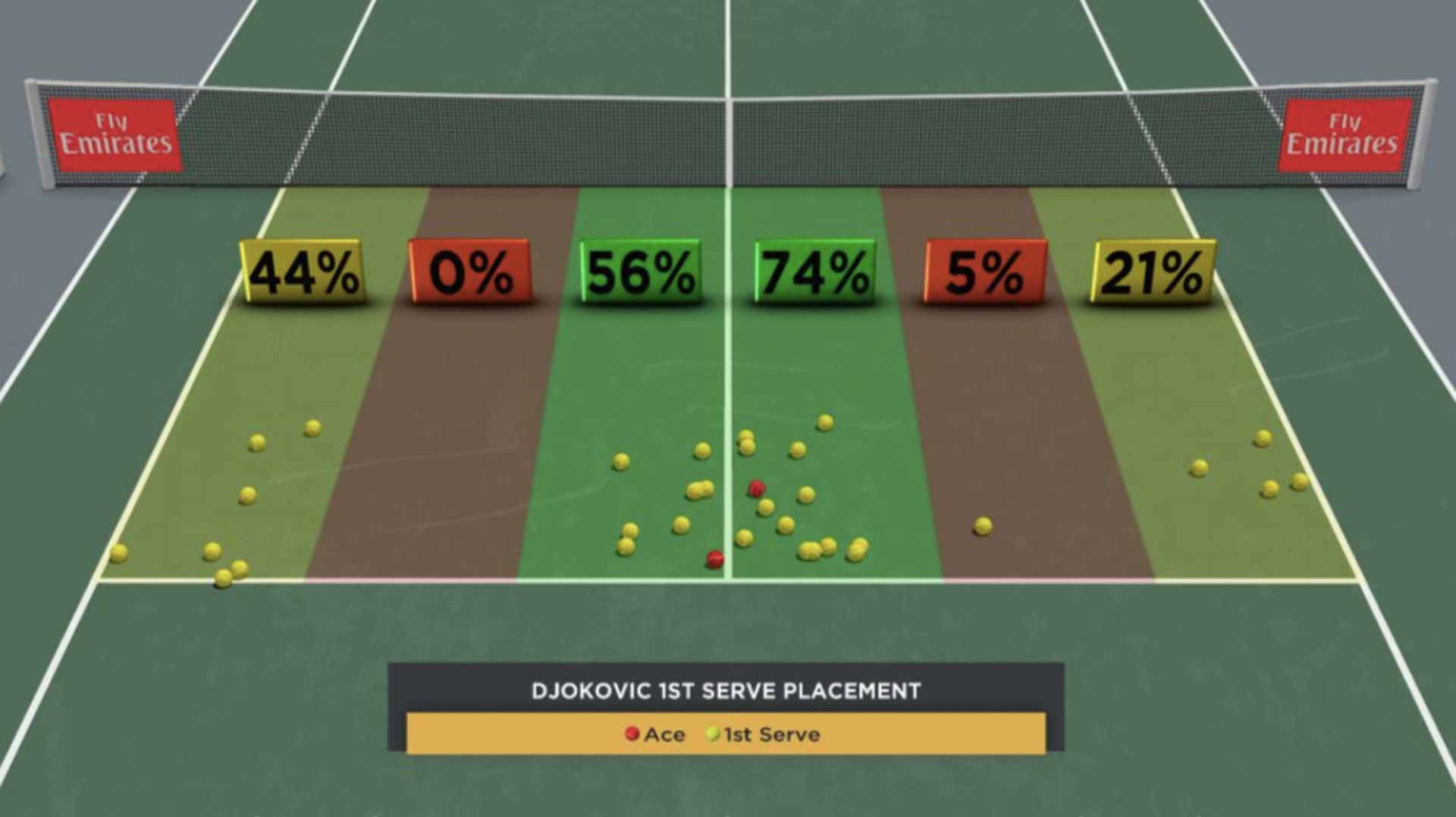 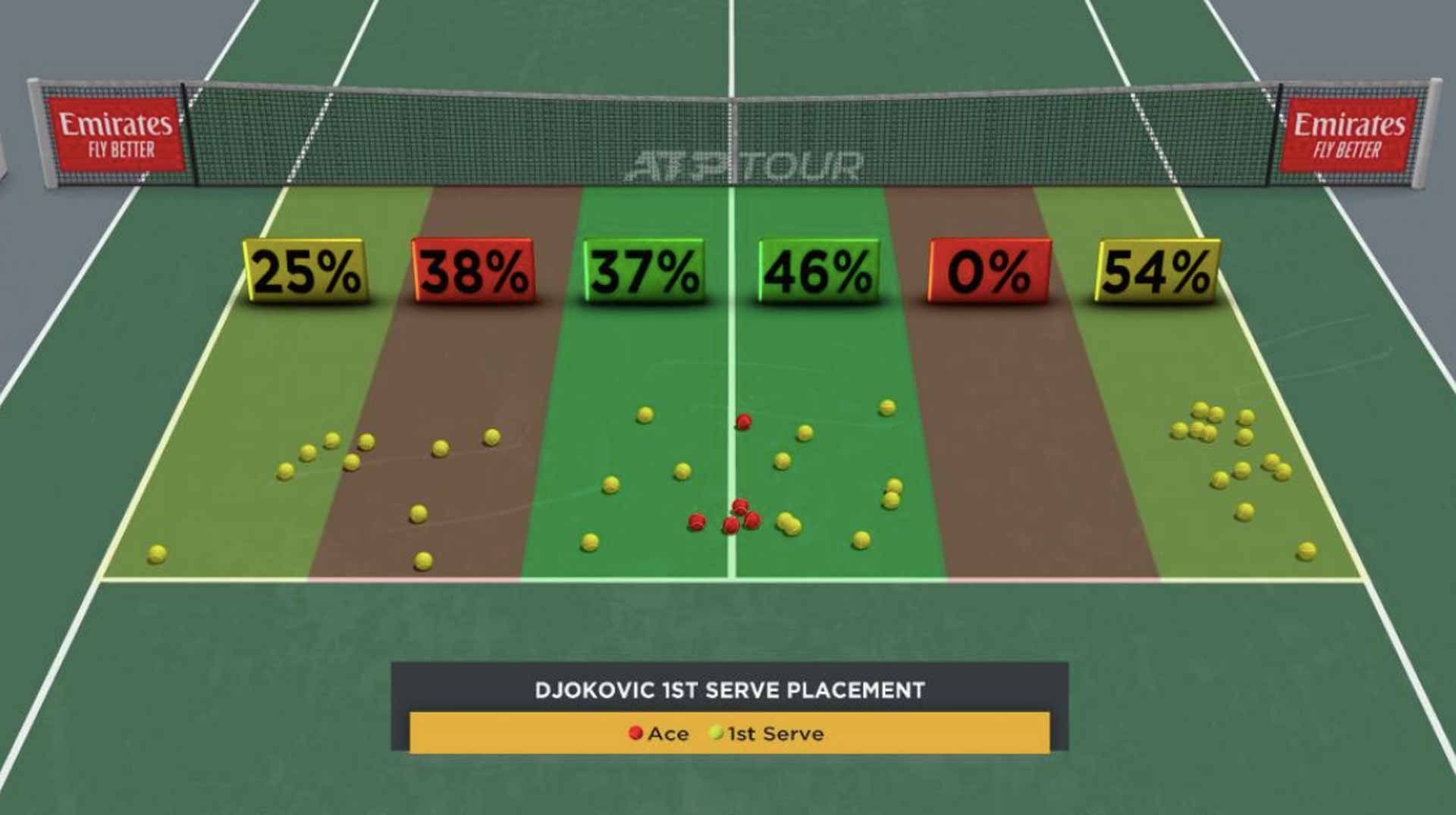 "On the rare occasions like today, I do feel like Karlovic," Djokovic said in recognition of the big-serving 6'11" Croat, who has hit the most aces in history. "It's quite frustrating to play against a player like Ivo Karlovic, a player that serves very well. But it feels great when you actually can get out of your serve a lot of free points. And that was the case for me, not just today, but throughout this week." 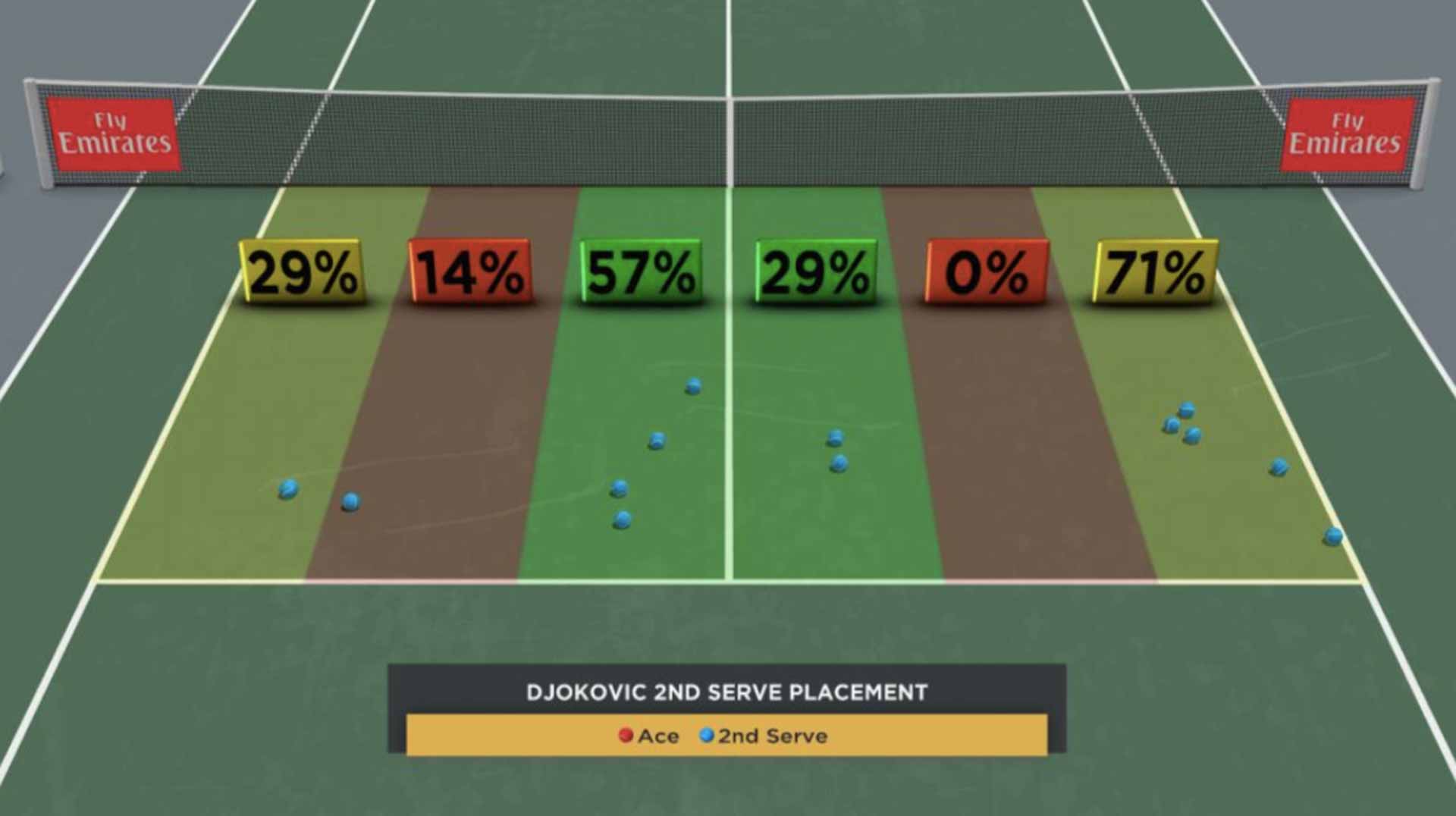 Shapovalov barely won any free points with his second delivery, as Djokovic put 92 per cent of his second-serve returns back into play. The lefty targeted the Serbian's body a majority of the time in both service boxes. 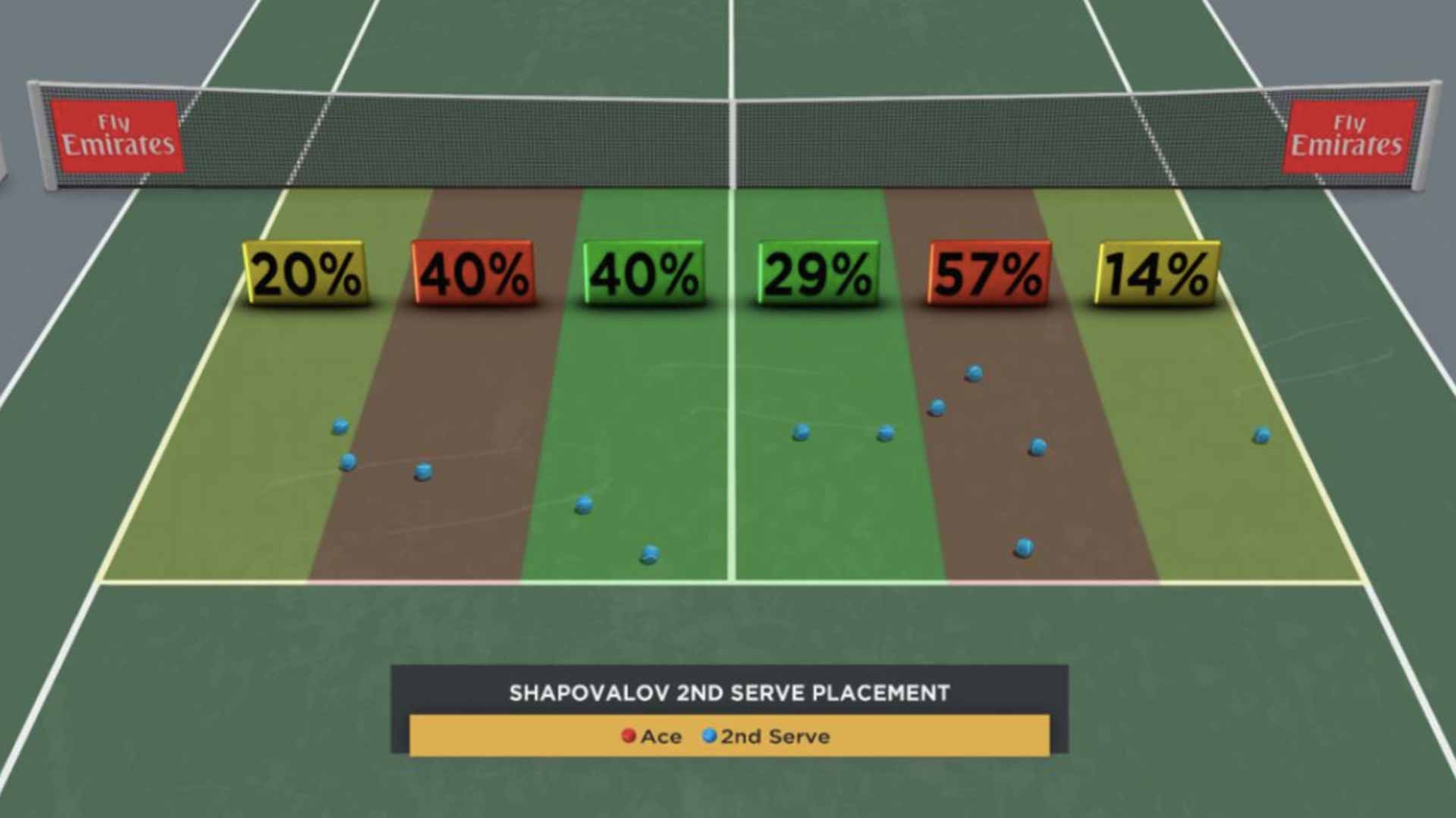 "[My] serve was definitely one of the best shots in my game and that allowed me to also feel more comfortable and more confident from baseline," Djokovic said.

The champion spread the ball around the court, hitting to Shapovalov's backhand more than anywhere else, doing so at a rate of 43 per cent. He made only nine unforced errors in the match. 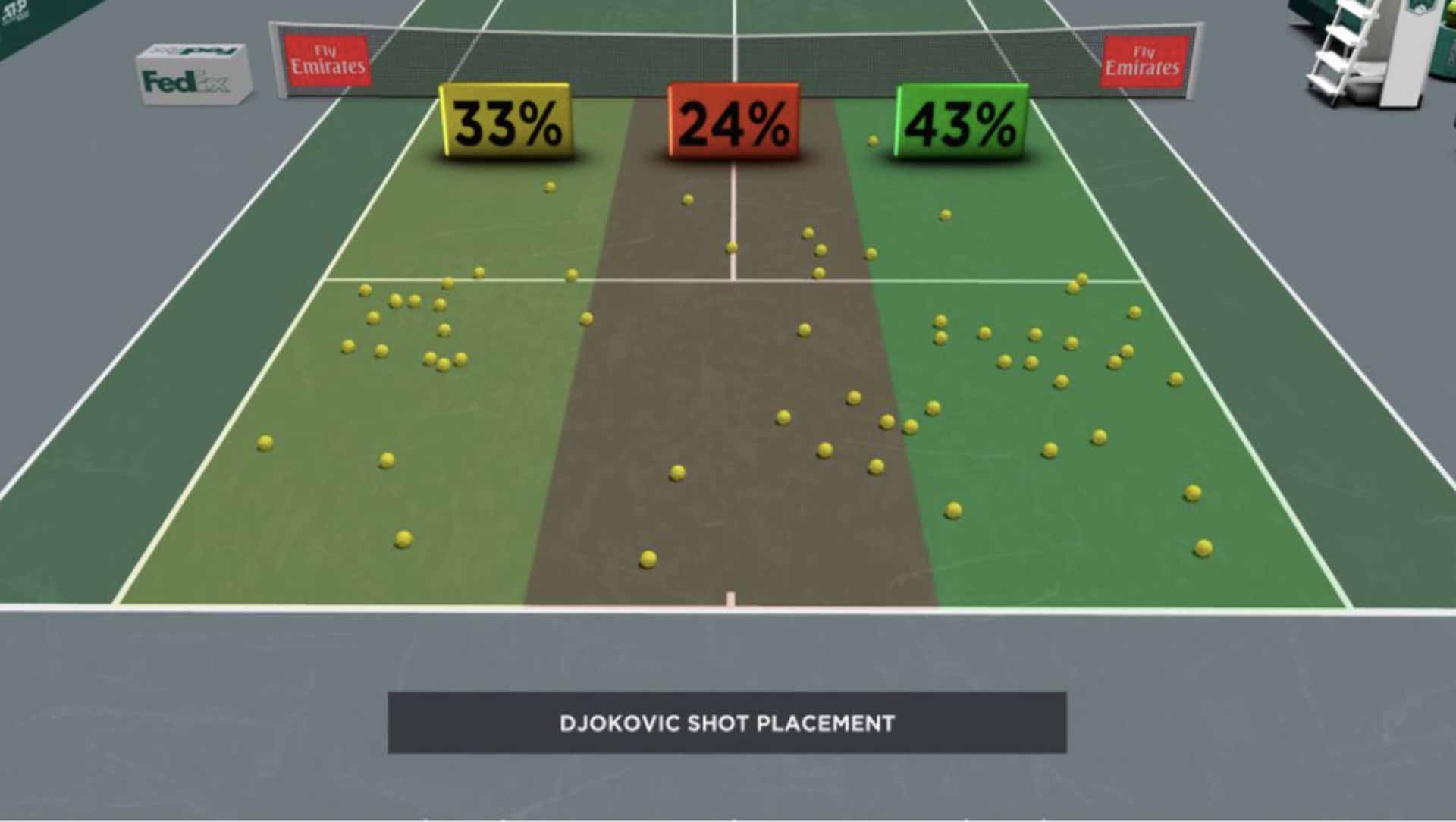 Shapovalov clearly targeted Djokovic's backhand, hitting 53 per cent of his shots in that direction. He also hit 58 rally forehands to just 24 backhands. There were only three points of more than nine shots in the match. 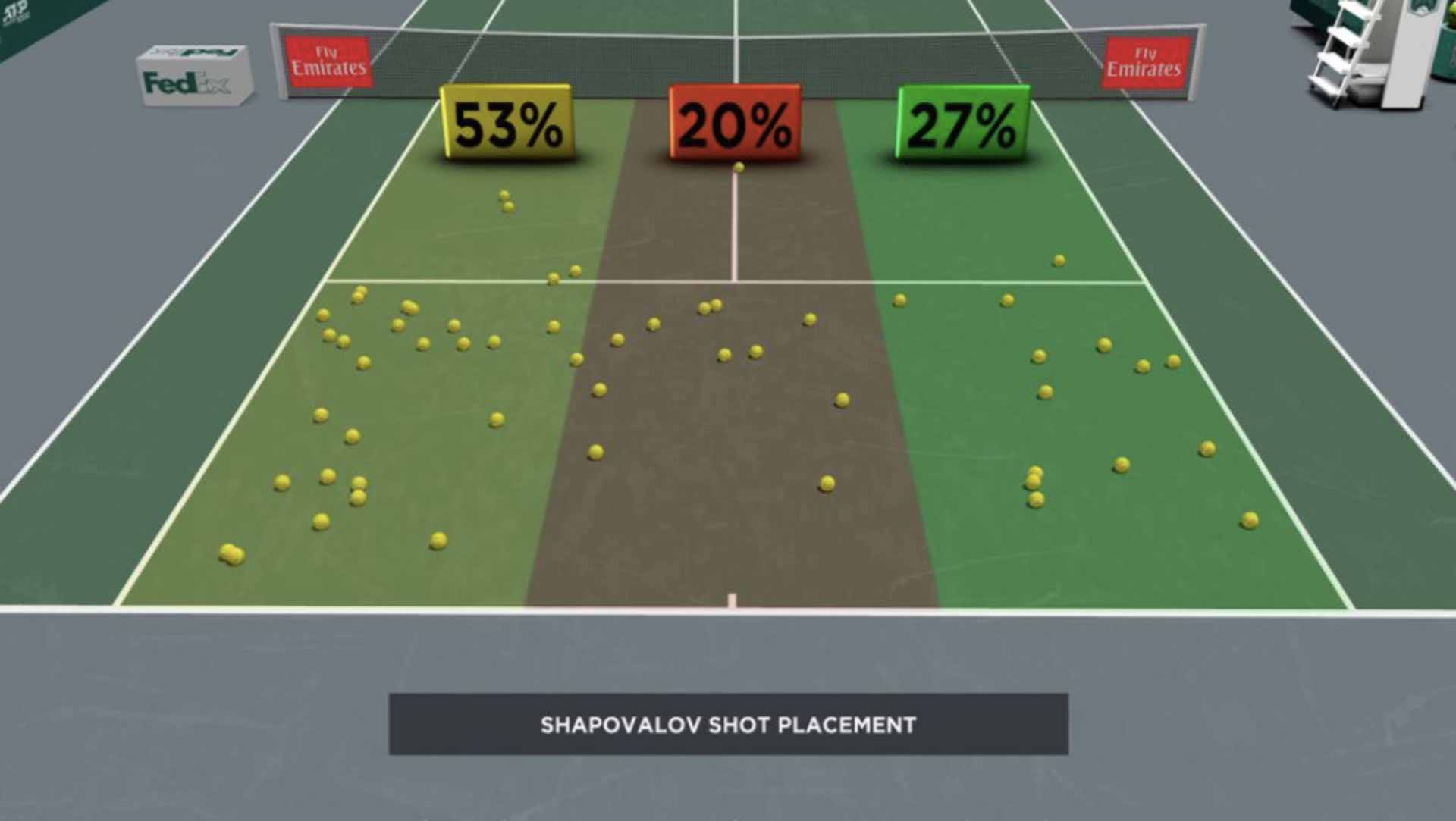