Novak Djokovic keeps his hopes alive of lifting a ninth Australian Open crown on Sunday with victory over Milos Raonic.

Eight-time champion Novak Djokovic worked hard on Sunday night for a place in the Australian Open quarter-finals for the 12th time.

Djokovic showed few signs of the abdominal muscle injury that he picked up in his third-round victory over No. 27 seed Taylor Fritz on Friday, striking 41 winners — including 10 aces — past Raonic. Djokovic improves to a perfect 12-0 ATP Head2Head record against the Canadian, who struck 26 aces and had strapping applied to his right ankle in the second set.

“I had no preparation for this match," said Djokovic. "I used every hour I had to recover since the Taylor match. My physio and those of the ATP and Australian Open gave me their best support to get on the court. I have definitely been fitter in the past and I will continue to take each day one at a time.”

The 33-year-old Djokovic, who is six matches unbeaten in 2021, will now challenge sixth-seeded German Alexander Zverev, who beat No. 23 seed Dusan Lajovic of Serbia earlier in the day at Melbourne Park. Djokovic leads Zverev 5-2 in their ATP Head2Head series, including a 6-7(3), 6-2, 7-5 victory at the recent ATP Cup.

“Sascha is one of the top men’s players in the past five years,” said Djokovic. “He has won the [Nitto] ATP Finals title and is an established Top 10 player. He has the weapons, a big serve and moves well for his height. We played an exhausting match at the ATP Cup recently and I won’t expect anything less when we meet in the quarter-finals.” 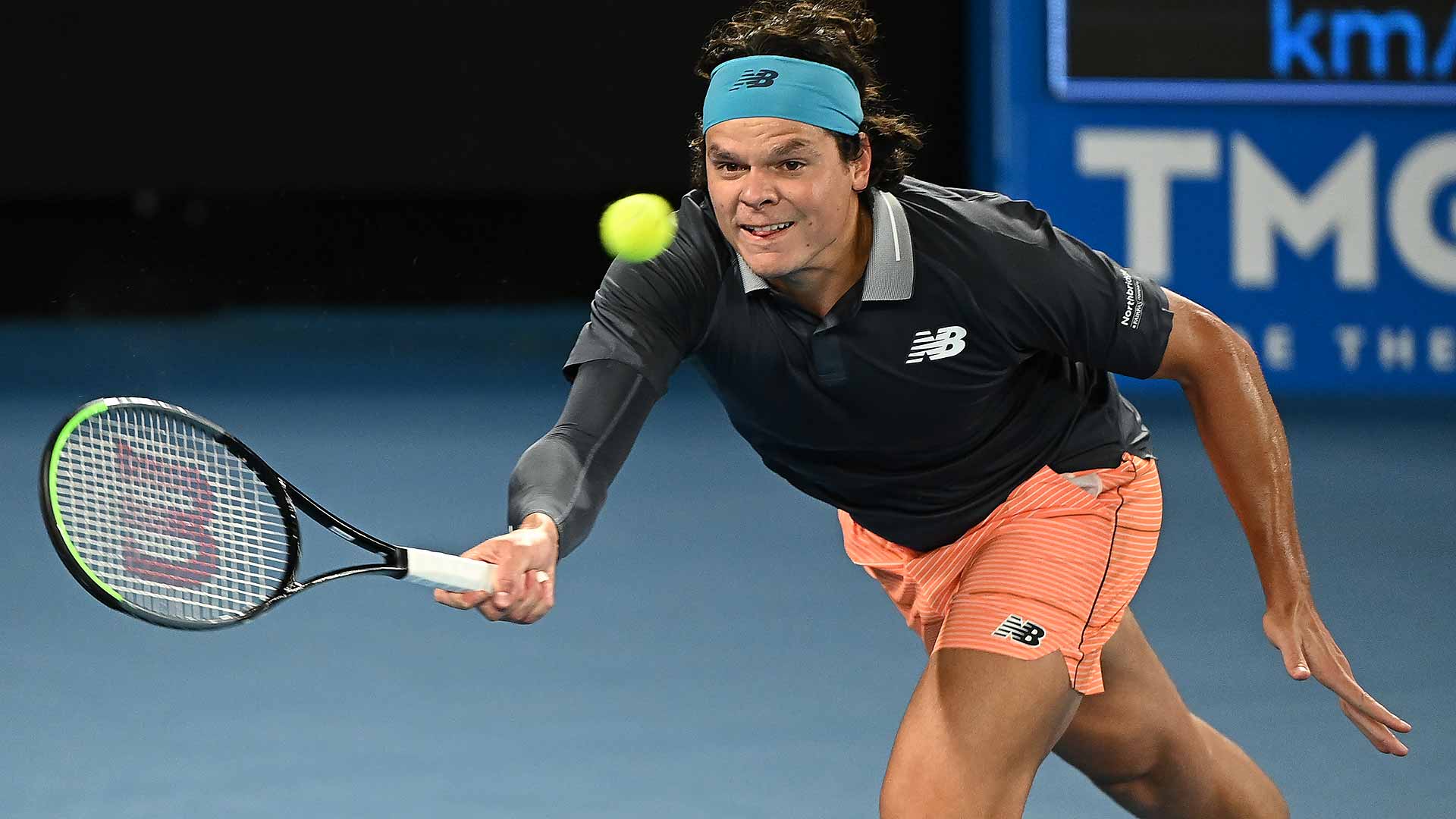 Raonic quickly tested out Djokovic with powerful serves, curious to see the full extent of the Serbian's movement. But the Canadian was the first to come under pressure at 3-3, when Djokovic hit a forehand into the net on his first break point. Djokovic won the first three points of the tie-break and clinched the 56-minute opener when Raonic struck a forehand slice into the net off a deep forehand.

Djokovic continued to do a good job of keeping Raonic in baseline rallies, but could not convert one break point in the second game of the second set. Raonic came through a medical time out for a right ankle injury after the third game and broke Djokovic’s serve for the first time at 2-2 with a forehand crosscourt winner. Raonic won four straight points at the end of the second set, which lasted 49 minutes.

Top seed Djokovic broke in the fourth and sixth game of the third set, which he wrapped up with quick reactions on a backhand volley. The Serbian committed just four unforced errors in the 29-minute set, and kept the pressure on 2016 semi-finalist Raonic, who appeared to be hampered by his ankle injury on return of serve.

Raonic recovered from 15/40 at 1-1 in the fourth set, but Djokovic broke decisively at 4-4. The Serbian joined Federer (362-59) in the 300 match wins club at the major championships with a hold to 15, and now has two days to prepare for Zverev.