Djokovic: ‘He Played A Perfect Match’

World No. 1 praises Spaniard's performance and achievements at Roland Garros

Novak Djokovic entered the Roland Garros final against Rafael Nadal with a wealth of experience and form, having beaten the Spaniard in 14 of their most recent 18 ATP Head2Head matches. But despite all his past success against the five-time year-end World No. 1 and his 37-1 record this year heading into the final, he could not match Nadal’s level on Court Phillipe-Chatrier.

“He's phenomenal,” said Djokovic. “He played a perfect match, especially in the first two sets. The third set I managed to come back. I found my groove on the court. Then [there were a] couple of close games. [I] had my chances, didn't use them. He closed out the match. That's it. He was the far better player on the court today and absolutely deserved to win.”

Nadal charged through the opening two sets with the loss of just two games and held off a late comeback attempt from his rival to enter the history books. With his 13th Roland Garros crown, Nadal equalled Roger Federer’s record collection of 20 Grand Slam titles and became the first man to win 100 matches at Roland Garros.

“He keeps going,” said Djokovic. “[There is] no holding him back it seems. It's amazing. I admire all his achievements, especially the one here. It's stunning, [the] results and records that he's got on this court. He lost two times in his entire career. Winning 13 times. There's not much you can say. All the superlatives you can use, he deserves them." 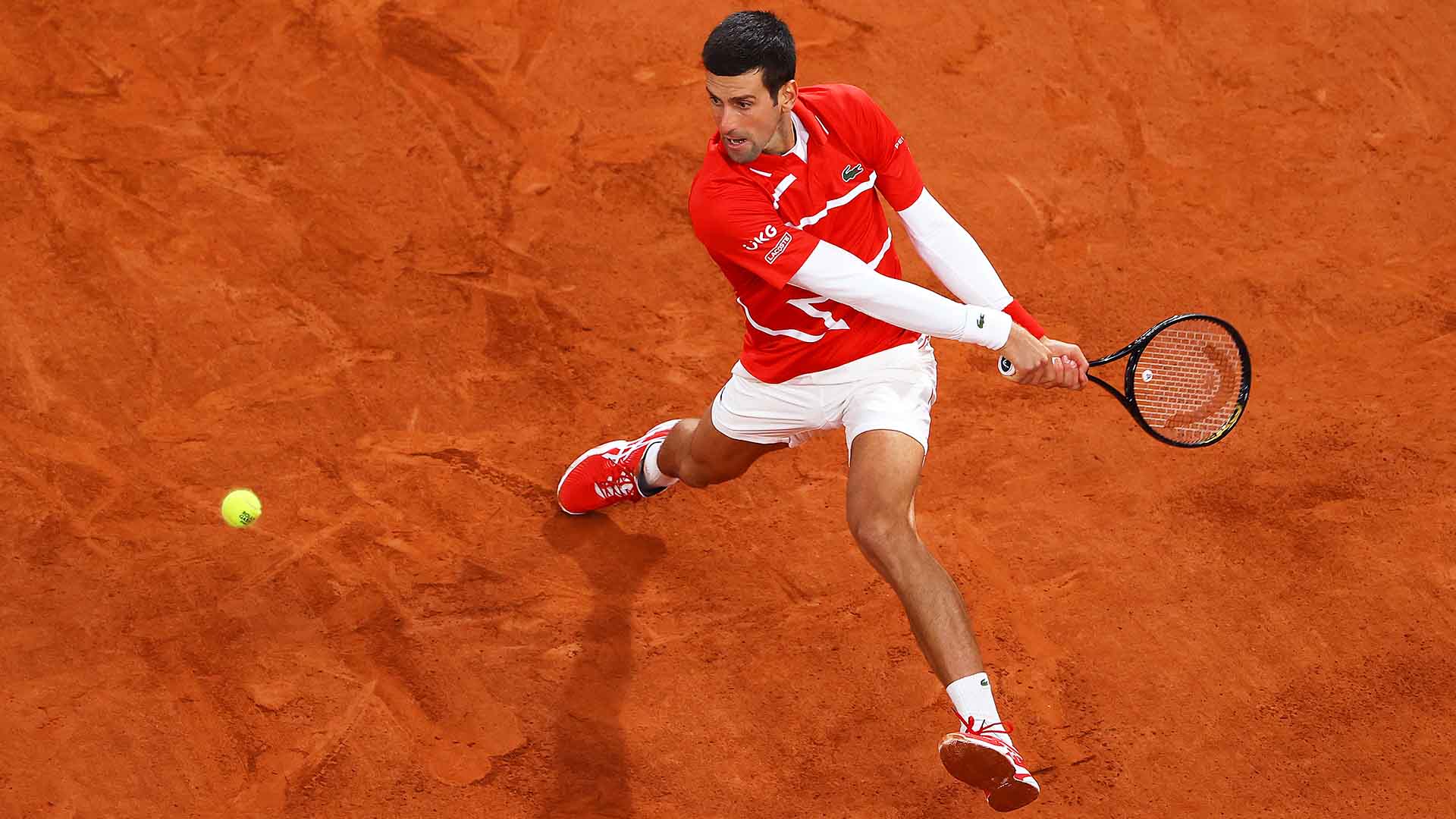 The World No. 1 ended up on the receiving end of a 6-0 set for the first time since the his last clay meeting against Nadal in the 2019 Internazionali BNL d’Italia final. Nadal fired 21 winners and just six unforced errors through the first two sets. Despite dropping serve in the third set, Nadal regained his composure to claim the Coupe des Mousquetaires without dropping a set for the fourth time.

“He was not missing at all and getting every ball back, just playing tactically great,” said Djokovic. “I felt well throughout the entire tournament. I thought I was in a great form. Certainly, I could have played better, especially in the first two sets. But he did surprise me with the way he was playing, the quality of tennis he was producing, the level."

Despite a one-sided final loss and a missed opportunity to become the first man in the Open Era to win each of the four Grand Slam trophies on multiple occasions, Djokovic expressed great pride in all that he has achieved and shared his gratitude for the opportunities he has to keep competing on historic occasions.

“I try to remind myself of how blessed I am really to be in this position. Especially in the big moments, in the big tournaments like this, when the history is written,” said Djokovic. “I try to reflect on the early days of my career, where I grew up, how I grew up.

“I'm just very blessed and grateful to have the life that I have right now, without a doubt. I have to constantly repeat that to myself, that nothing should be taken for granted. I keep on working, keep on enjoying this sport, I truly do.”

Djokovic is also aware that defeats can provide great motivation for future success. The last time the Serbian fell to Nadal in a Roland Garros final was in 2014. He responded by claiming straight-sets victories in his next seven matches against the 6’1” left-hander.

“Of course, defeats like this are never really enjoyable, but in the greatest of defeats you learn the greatest lessons as a tennis player, but as a person as well,” said Djokovic. “I’m trying really to nurture that kind of a mindset." 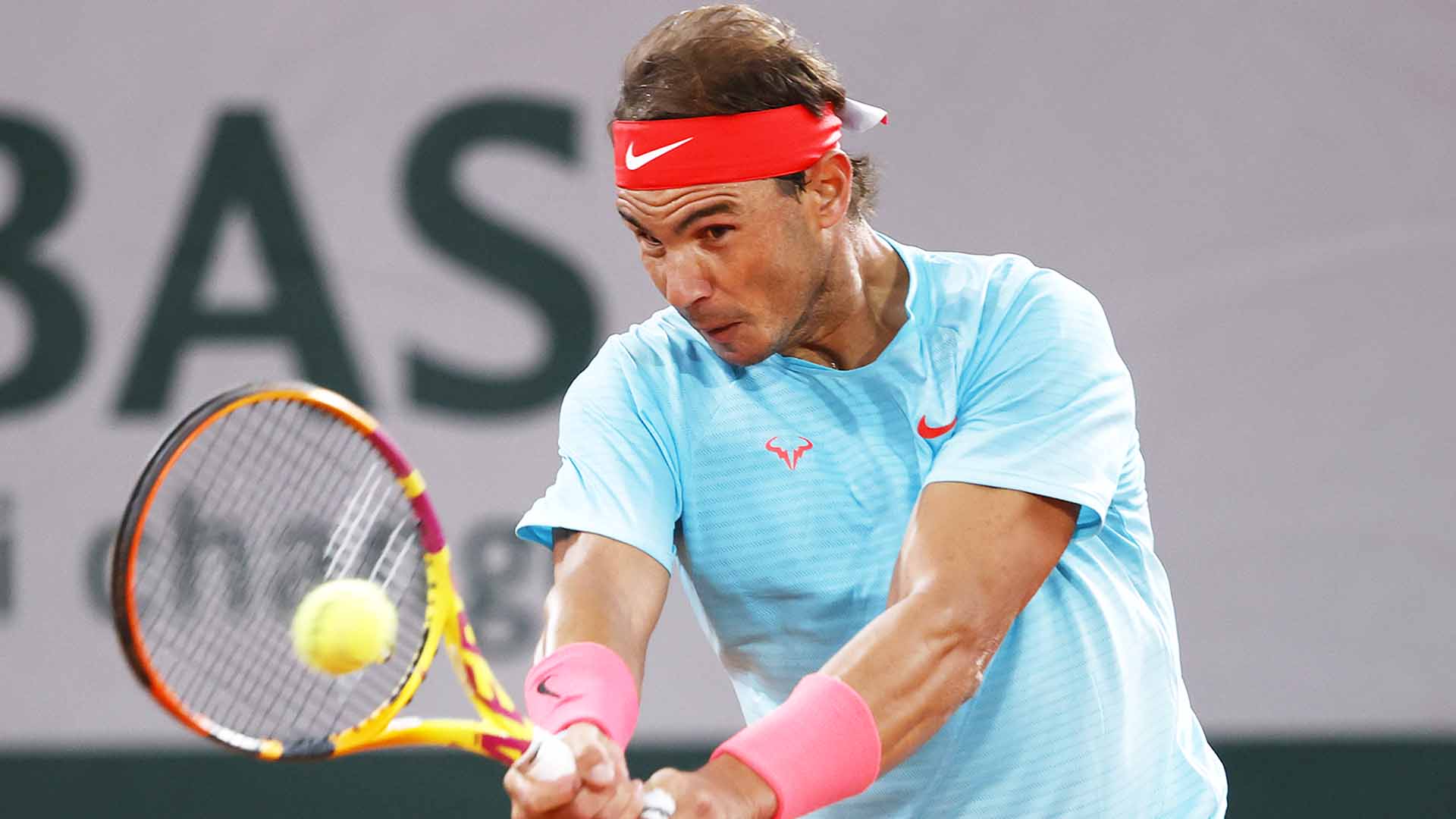 With the tournament being played across September and October this year due to the COVID-19 pandemic, Nadal told reporters in his pre-tournament press conference that the conditions in Paris were the ‘most difficult’ he had ever faced at Roland Garros.

Djokovic felt those cold, damp conditions would play to his advantage in the final, with Nadal typically benefitting from the spring heat in Paris which adds extra kick to his heavily-spun groundstrokes. But Nadal adapted superbly throughout his fortnight in the French capital to win his 60th clay-court trophy.

“I was also thinking that these conditions are more favourable to me,” said Djokovic. “I was feeling great throughout the tournament, playing great tennis, winning in Rome, being very confident about my game. But Rafa has proven everybody wrong. That's why he's a great champion. He just played a fantastic match today. That's all.”

Regardless of the conditions, the 17-time Grand Slam champion offered only reason for his final defeat: his opponent.

“I was overplayed. I was beaten by a guy who was just perfect today. Especially the first two sets… That's all there is to it,” said Djokovic. “I will absolutely not find any other justification for this loss. He was just better.”