Wherever Novak Djokovic goes, a crowd is sure to follow.

From standing-room only practises to throngs of fans asking for autographs as he makes his way through the grounds at Roland Garros, the defending champion has been a top draw in Paris for more than 15 years. But after COVID restrictions limited attendance to 1,000 spectators daily for the 2020 event and peaked at 8,500 for last year’s men’s singles final, packed crowds are a welcome sight for the top seed.

“It's great to see the crowd back [and] the full capacity on all courts. Lots of young people, lots of kids, this is something that I really love to see,” said Djokovic. “It always gives you energy. For me at this stage of my career, a crowd and this energy of people coming to watch me play is one of the biggest reasons why I keep on competing [and] playing professional tennis.

“I think the improvements and facilities in the last few years have been great… It's great that the tournament is recognising the importance of investing back in the facilities and trying to improve the experience for everyone.” 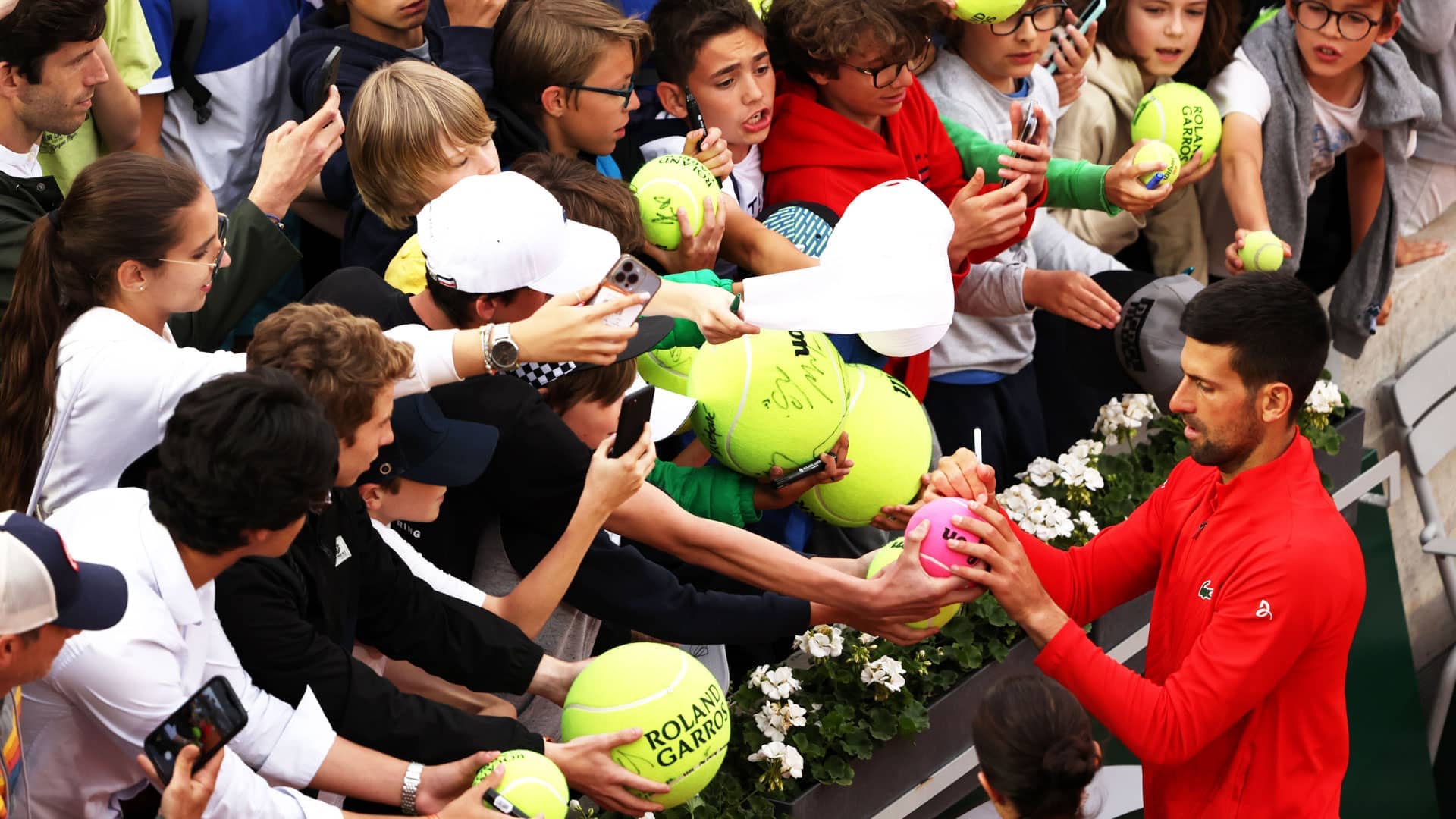 Djokovic has always been energised by a vocal audience and that has reflected in his performances so far this fortnight. The Serbian is through to the third round without dropping a set, scoring a convincing 6-2, 6-3, 7-6(4) victory over Alex Molcan to reach this juncture of the tournament for the 17th consecutive year.

“I'm pleased with the way I'm feeling on the court [and] the way I’ve been striking the ball,” said Djokovic. “I think today was also under challenging conditions and playing against a specialist on clay, someone that is a tricky opponent and coming off from the [Lyon] final last week. It was never going to be an easy match, but I thought I performed very well.”

You May Also Like: Djokovic Passes Molcan Challenge At Roland Garros

The Serbian’s path to defending his title won’t get any easier. A potential quarter-final with Rafael Nadal awaits, while Carlos Alcaraz or Alexander Zverev could present a challenging semi-final task.

For now, Djokovic is focussed on his third-round battle with Aljaz Bedene. He leads the Slovenian 3-0 in their ATP Head2Head series, including a win at this event in 2016.

“You are aware what's going on with the other guys, at least in my case, and I know that everyone else is watching everybody else,” said Djokovic. “[But] that cannot be dominating most of your time and energy that you invest in a day. So you are aware, but then of course it's really not up to you what they do. It's what you have to do, win matches and make good results."