World No. 1 and two-time former champion Novak Djokovic claimed a 6-4, 6-2 victory against #NextGenATP Italian Jannik Sinner on Wednesday in a battle of generations at the Rolex Monte-Carlo Masters. It was a meeting between the leaders of the FedEx ATP Race To Turin and the ATP Race To Milan.

In his first appearance since his ninth Australian Open title run in February, Djokovic fired 20 winners to move past the Miami runner-up in one hour and 34 minutes. Djokovic kept Sinner off balance with frequent drop shots and extracted errors with great defensive skill from the baseline.

“It feels great [to be back and] also playing in Monaco, where I reside,” said Djokovic in his post-match interview. “I have used this club as a training base for almost 15 years, so it feels like playing at home.

“It was a very good encounter. I thought it was a great first match [and] a big challenge for me. Jannik is in form. He played the final [in] Miami and has been playing well. I just hung in there today and managed to find the right shots and the right game at the right time.”

Djokovic has won all 10 matches he has played this year. This marks the sixth time that the Serbian has won his opening 10 encounters in an ATP Tour season.

Djokovic is chasing his third title at the Monte-Carlo Country Club this year. The 36-time ATP Masters 1000 titlist defeated Rafael Nadal en route to the title in 2013 and 2015.

“[Jannik] has got a lot of talent and he has proven that he is the future of our sport. Actually, he is already the present of our sport [having] played a final [in an] ATP Masters 1000 [event] already. He is making big strides in professional tennis,” said Djokovic. 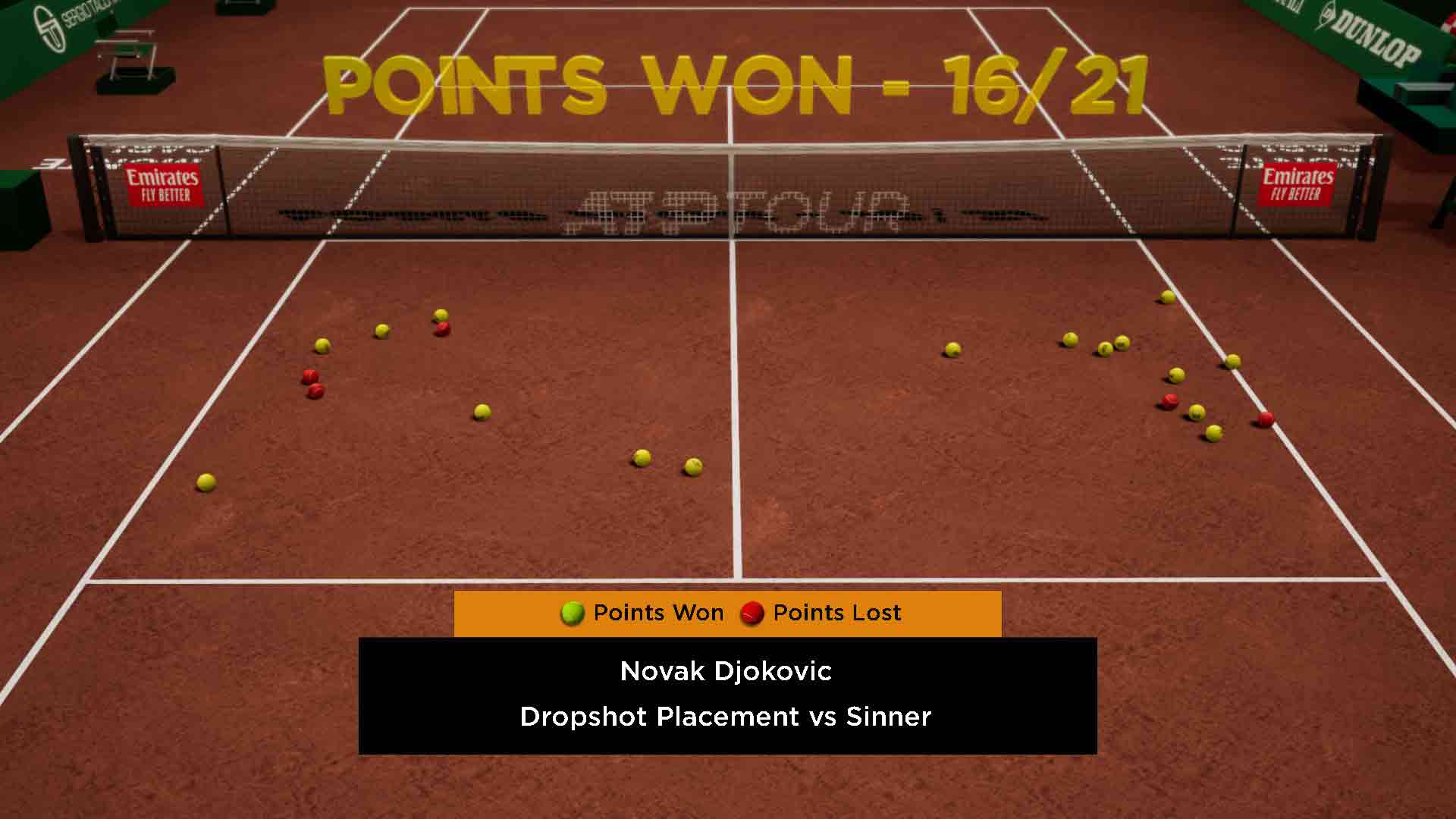 Sinner used his aggressive baseline game to rush Djokovic in the early stages of the match and claim an early break, but his lead was short lived. The top seed soon found his range on his return and forced Sinner out of backhand-to-backhand rallies with a series of drop shots. Despite dropping serve once more at 5-3, Djokovic broke for the third time to take the 54-minute opener.

The two-time champion found consistent success behind his serve in the second set and wore his opponent down in extended rallies. Djokovic earned two further service breaks and moved through to the third round when Sinner committed a double fault on match point.

After his win against the Miami runner-up, Djokovic will face Murray River Open champion Daniel Evans in the third round. The British No. 1 broke Miami champion Hubert Hurkacz on four occasions to clinch a 6-4, 6-1 win on Court des Princes. Evans entered the tournament seeking his first tour-level win on clay since the 2017 Barcelona Open Banc Sabadell.

Casper Ruud earned his second Top 10 victory on Wednesday with a 6-3, 6-3 victory against World No. 9 Diego Schwartzman. The Norwegian converted three of his four break points to overcome last year’s Rome runner-up in 65 minutes.

The 22-year-old will meet Marbella champion Pablo Carreno Busta in the third round. The Spaniard improved to 6-0 on clay this season with a 6-2, 6-3 victory against Karen Khachanov. Ruud and Carreno Busta are tied at 1-1 in their ATP Head2Head series.