Novak Djokovic will play Pablo Andujar or Thiago Monteiro in the second round in Tel Aviv.

Djokovic: 'I Still Have Passion & Hunger'

Novak Djokovic competed over the weekend at the Laver Cup, which not only served as a competition between Team Europe and Team World, but a celebration of the now-retired Roger Federer’s career. The Serbian was happy to partake in the special moment.

“I have a massive respect for Roger, and to what he had contributed to our sport. He had an epic career, he can be proud of it. He's one of the most recognised athletes of all time,” Djokovic said. “His retirement is a sad moment for tennis.”

Djokovic is 35, but is not thinking about retirement yet. The 88-time tour-level titlist, who is currently No. 7 in the Pepperstone ATP Rankings, is eager to maintain his high level.

“I still want to play tennis even though I achieved pretty much everything that you can achieve in tennis,” Djokovic said. “I still have passion and hunger to play at a highest professional level.” 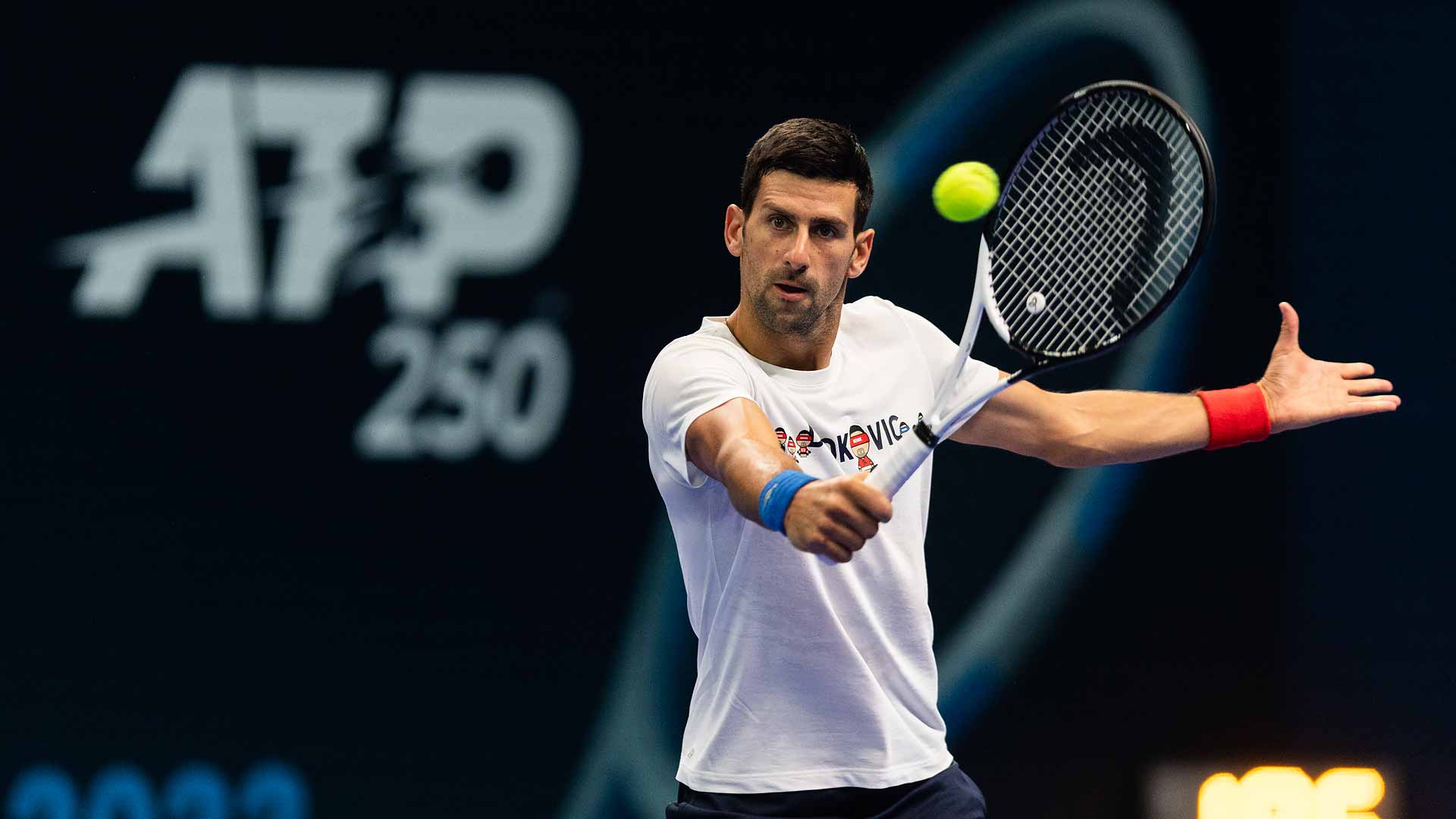 “I was committed to play at Laver Cup and I also wanted to play for three weeks in a row, so Tel Aviv was a perfect choice for me,” Djokovic said. “Also because I haven't been here for a while and the last time here I had a fantastic experience.”

In 2006, an 18-year-old Djokovic competed in a Davis Cup tie in Israel. He is excited to be back in the country.

“It was the loudest atmosphere I ever experienced, very passionate people for sport here. I love to see that. And I also visited Jerusalem on my second visit to Israel, but it was a while ago. I forgot many things, so I'll definitely come back again,” Djokovic said. “This week is mostly about tennis for me, I hope to play well here and to see a lot of people come to watch my matches.”

Djokovic is also playing doubles this week, partnering 45-year-old Israeli Jonathan Erlich, who is retiring after the tournament. Djokovic’s only ATP Tour doubles title came at Erlich’s side in 2010 at Queen’s Club.

“He agreed to play with me! It's the other way around,” Djokovic said, cracking a laugh. “That’s his last tournament and I am honoured to be next to him on the court at this time, in front of his crowd in his hometown. Hopefully it won't be just one match, we will try to go as far as possible.”

Djokovic said he practised for two hours on Tuesday and that he is “feeling good and happy that injuries are now behind” him. That is allowing the 21-time Grand Slam winner and 38-time ATP Masters 1000 titlist to fully focus on playing the best tennis he can.

“There isn't one secret or one key that solves all the problems. It's a combination of things that are part of your character: who you are, how you train, what's your lifestyle. It all creates the image of success,” Djokovic said. “That formula [has] worked for me. But I also try some new things, because I always want to progress. Especially when you have guys like [Carlos] Alcaraz, who is full of power and adrenaline. So you always have to figure out how to improve and take yourself to a higher level.”