Novak Djokovic does not face break point in his 55-minute first-round victory in Doha.

It might be a new year, but Damir Dzumhur had to deal with the same Novak Djokovic on Tuesday in Doha. World No. 1 Djokovic picked up where he left off at the end of the 2018 season, beating Dzumhur 6-1, 6-2 in just 55 minutes to reach the second round of the Qatar ExxonMobil Open.

The top seed has won 11 consecutive matches at the season-opening event — having lifted the trophy in 2016 and 2017 — and he is now 13-1 overall at the ATP 250 tournament. Djokovic will next face 2018 Geneva champion Marton Fucsovics for a spot in the quarter-finals.

"I tried to do everything right from the first moment, have a good focus and intensity and not allow my opponent to really feel like he has a chance to get back in the match, and I was there basically every game, every point and I was happy the way that I was playing," Djokovic said. "I'm happy I didn't spend too much time on the court... I'm looking forward to continuing playing this way."

Djokovic is riding a tidal wave of momentum into 2019, having climbed from No. 22 in the ATP Rankings last June to his fifth year-end No. 1 finish, winning 35 of his final 38 matches on the year. During that stretch, the Serbian triumphed at Wimbledon, completed his Career Golden Masters in Cincinnati and lifted the trophy at the US Open. In his final eight tournaments of the year, he failed to reach the final just once (Toronto).

And if his first match of the new campaign is any indicator, Djokovic is still trending upwards. Dzumhur, a three-time ATP Tour titlist, is one of the most consistent players on the circuit, using his speed to make ball after ball and force his opponents into making mistakes. But Djokovic was locked in from the first point, redirecting shots side to side from the baseline, frustrating the World No. 47 throughout their encounter. It was as if he was suffocating Dzumhur, pushing him well behind the baseline and forcing the Bosnian to go for more than he wanted to or risk being dominated from the back of the court.

Djokovic won an impressive 77 per cent of second-serve return points, taking the offensive immediately. The top seed also took care of his serve, not facing a break point in the match.

"Results-wise and time-wise, it did look quite comfortable. I don't think it's nice and fair to say it was easy because I have respect for Dzumhur," Djokovic said. "He made a lot of unforced errors. He was nervous to be on the court. Centre Court is different with the atmosphere and ambiance. I still think that he can play better than he did in tonight's match... I definitely wish him all the best."

Djokovic’s next opponent, Fucsovics, beat Marius Copil 6-3, 6-2 in 72 minutes. The Hungarian saved all eight break points he faced to defeat the Romanian, whom he broke four times. 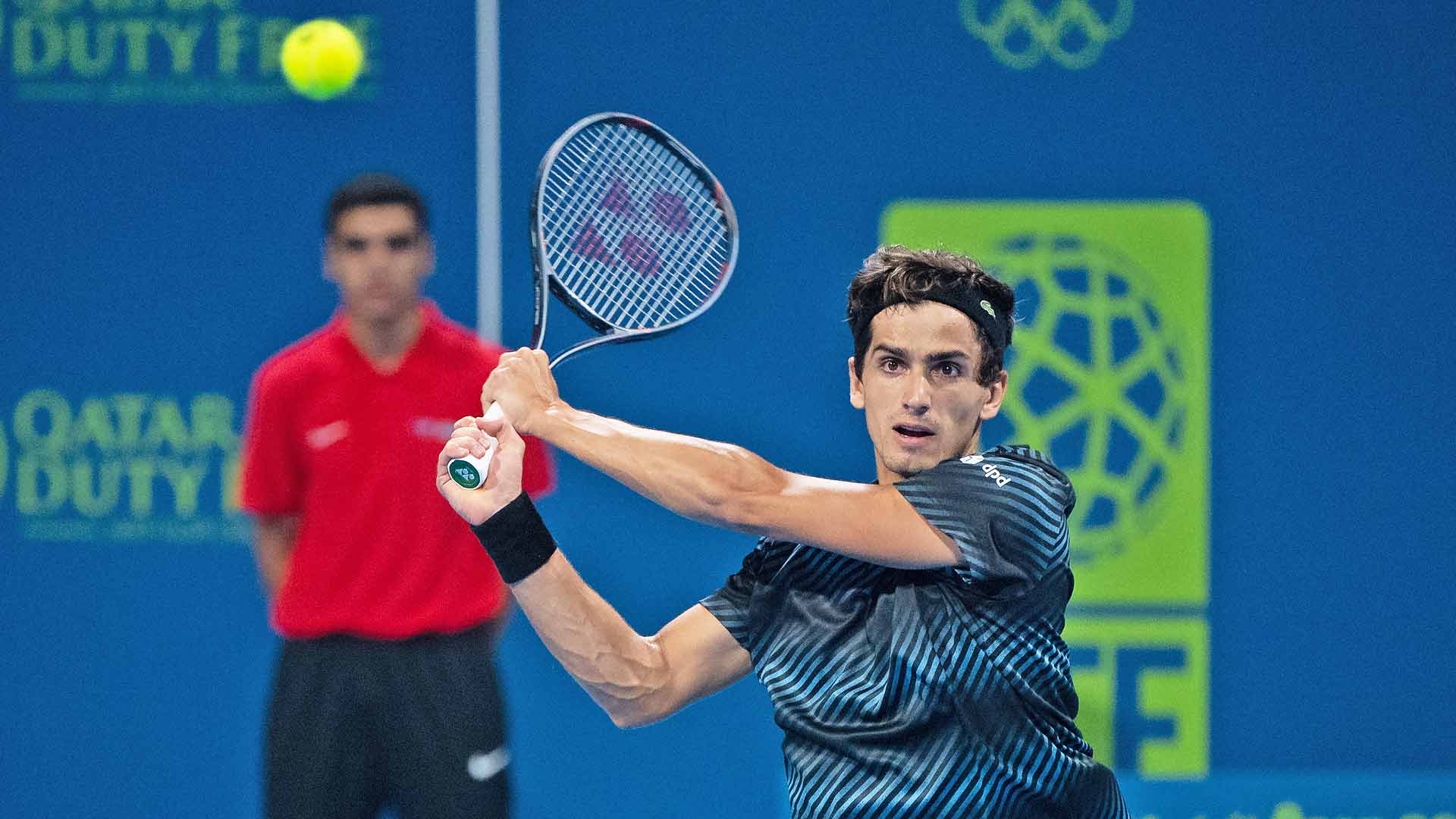 While the World No. 1 looked sharp, the second seed was upset in Doha. Frenchman Pierre-Hugues Herbert stunned Dominic Thiem 6-3, 7-5 in one hour and 26 minutes.

Perhaps it's fitting that Herbert's only previous win against a Top 10 opponent — the Frenchman is now 2-10 against the elite group — came against Thiem two years ago in Rotterdam. Herbert also won that match in straight sets, and he has not been broken by the Austrian in their four FedEx ATP Head2Head sets.

Herbert did well to keep Thiem from gaining much rhythm in the final match of the day, constantly maneuvering his way to net rather than allowing the World No. 8 to swing away from the baseline and move Herbert from side to side. The Frenchman, who is No. 55 in the ATP Rankings, has qualified for the Nitto ATP Finals in doubles in four consecutive years with countryman Nicolas Mahut.

Did You Know?
Djokovic is approaching two different milestones in 2019. The Serbian is now just 13 match wins from reaching 850 at tour-level in his career. The World No. 1 is also just four titles from reaching No. 75.