Novak Djokovic moves to 14-0 in first-round matches at the US Open.

Top seed Novak Djokovic is up and running at the US Open, starting his title defence in ideal fashion on Monday by defeating Spaniard Roberto Carballes Baena 6-4, 6-1, 6-4.

“It’s great to be back. I’m grateful that at this stage of my life and career… I’m still competing at a Grand Slam. We sometimes have to remind ourselves of these blessings,” said Djokovic. “I’m quite pleased with my performance and looking forward to the next round.

“It’s not the first time for me to be in the second round of a Slam. I know what I need to do to keep going.”

The Serbian remained flawless in first-round matches (14-0) in New York and has not lost before the semi-finals in his past 11 appearances. Djokovic will meet Juan Ignacio Londero in the next round. The Serbian has never played the Argentine, who earned just his third tour-level hard court win on Monday. He stormed past American Sam Querrey 3-6, 6-1, 7-6(3), 7-5.

You May Also Like: Is Djokovic Chasing Federer’s Slam Record? You Betcha!

With Carballes Baena serving at 4-5 in the opening set, the Serbian hit a backhand volley winner to set up two set points and converted on his first chance to take the early lead. The World No. 1 never looked back, breaking Carballes Baena three more times to advance in one hour and 52 minutes.

Djokovic didn't face a break point in the match, but perhaps the most noticeable stat showcased his willingness to charge the net. He made 27 trips forward against Carballes Baena and won 21 of them. 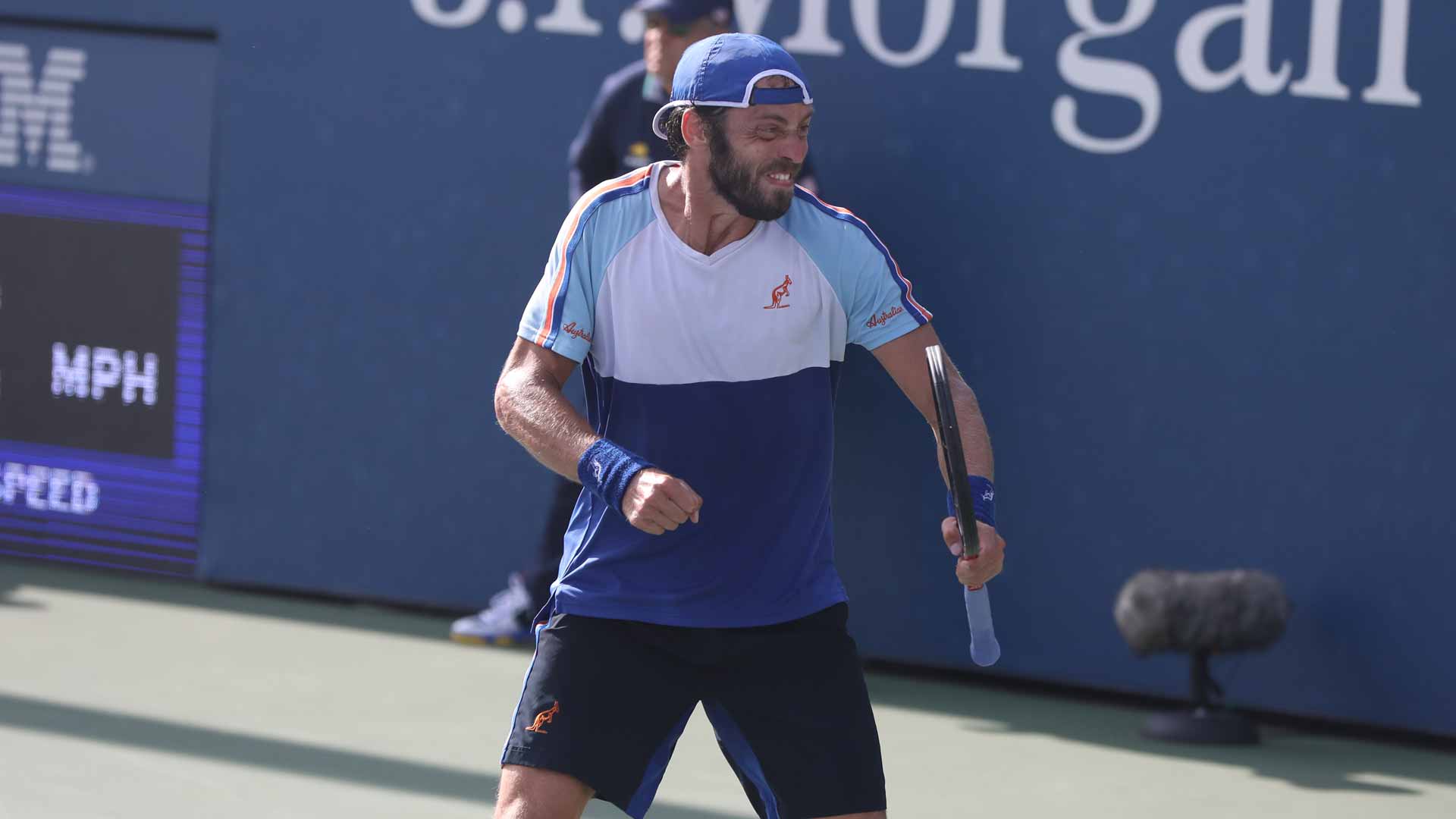 After battling for three hours and 34 minutes in a qualifying defeat on Friday, the Italian spent four hours and 20 minutes on Court 5 on Monday. The lucky loser claimed his eighth match win in eight trips to New York.

The 21-year age gap between Lorenzi and Svajda was the biggest at a Grand Slam since Ken Rosewall, 44, beat Cary Stansbury, 20, at the 1978 Australian Open.

Lorenzi will next face Miomir Kecmanovic after the #NextGenATP Serbian earned his first US Open match victory 6-2, 6-1, 7-5 over countryman Laslo Djere.

American Denis Kudla moved into the second round with a 3-6, 6-1, 7-6(5), 6-1 victory over Serbian Janko Tipsarevic, who was competing in his final Grand Slam. The former World No. 8 and two-time US Open quarter-finalist announced last week that he will retire at the end of the season.

Next up for Kudla is another Serbian in No. 27 seed Dusan Lajovic, who eased past Belgian Steve Darcis 7-5, 6-3, 6-3. Lajovic racked up 14 break points and won six of them to advance in one hour and 41 minutes.