World No. 1 Novak Djokovic visits the Ryogoku Edo-Noren and steps up on the dohyo during the Rakuten Japan Open Tennis Championships in Tokyo.

Djokovic In The Dohyo: Novak Goes Sumo In Tokyo

Editor's Note: ATPTour.com is resurfacing features to bring fans closer to their favourite players during the current suspension in tournament play. This story was originally published on 30 September 2019.

When in Tokyo, Novak goes sumo.

World No. 1 Novak Djokovic is in Japan to compete at the Rakuten Japan Open Tennis Championships for the first time. And the top seed took full advantage of the country’s culture on Monday by visiting Ryogoku Edo-Noren, a facility with restaurants that features a dohyo, a sumo wrestling ring.

Djokovic not only got an opportunity to watch retired professional sumo wrestlers during their ‘keiko’ — or morning practice — but he also stepped up on the dohyo to learn some of the moves himself.

“It’s a great experience. I’ve never had this experience before. It’s one of the most popular sports in Japan,” Djokovic said. “Speaking with my father yesterday on the phone I was telling him that I’m going to have an opportunity to meet sumo wrestlers. He and I were remembering many years ago at home [when] we used to watch Akebono [Tarō, who reached Yokozuna status], who was someone that we supported a lot.”

Djokovic was in awe of the sumo wrestlers, even playfully seeing if he can make one of them budge. Spoiler alert: it didn't work. They also taught the World No. 1 seiko and suri-ashi among other sumo moves. 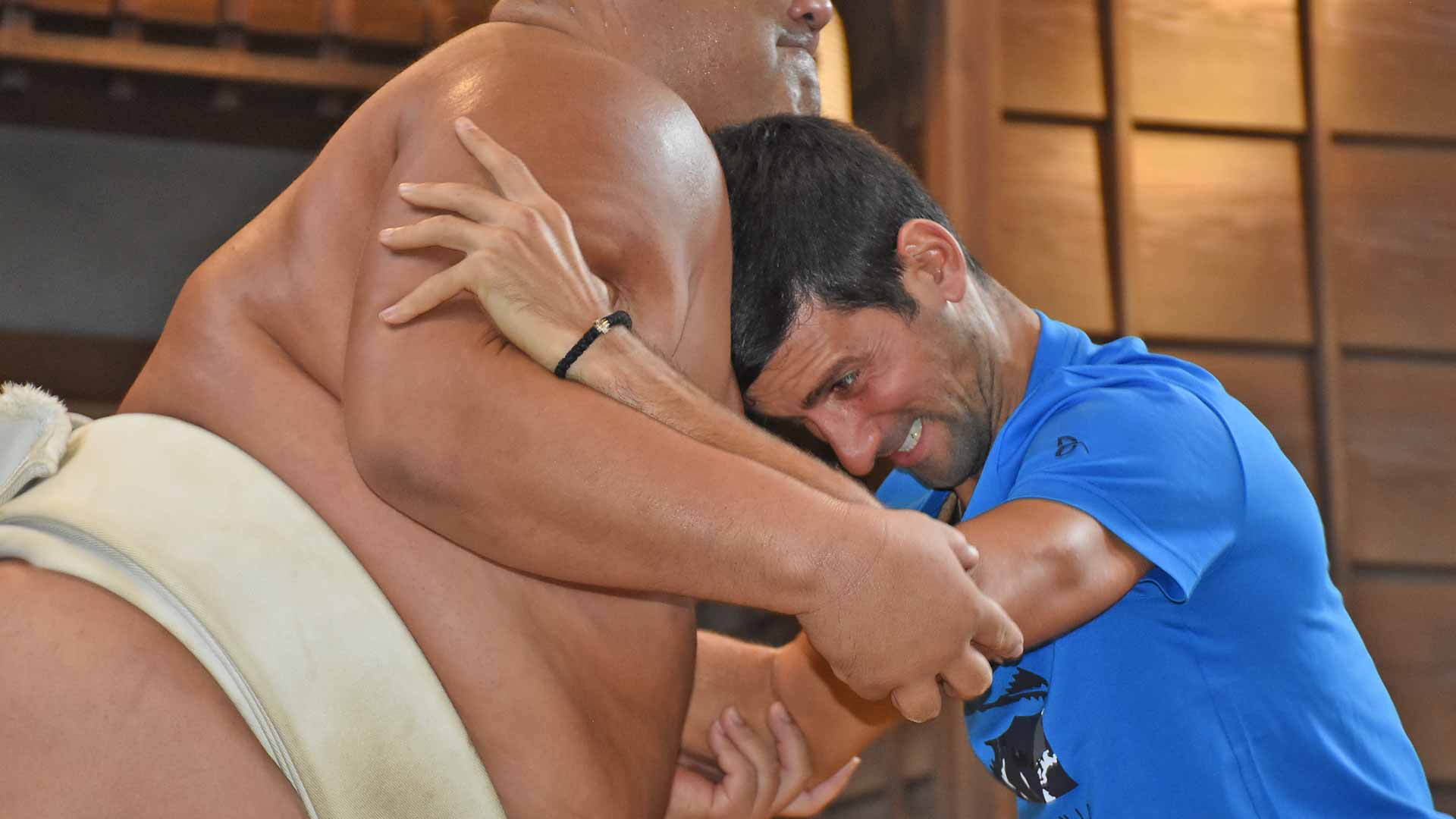 “I felt that I am out of shape [for sumo] a little bit. I think with a few more kilos, I’ll be ready to compete,” Djokovic joked. “Probably three times as much as I have right now would be the right measurement for me to compete.”

The 75-time tour-level titlist paid great respect to the professionals, taking in their technique and power on the dohyo. But that wasn’t all that impressed Djokovic.

“It’s quite impressive to see also how flexible they are. I believe at the beginning they were demonstrating their flexibility,” Djokovic said. “I didn’t think that they were that flexible considering it’s a heavyweight sport, but I see that they are paying a lot of attention to the mobility of their joints and the flexibility, which is of course what allows them to move around as agile as possible at their weight.”

Now, Djokovic will turn his attention to the tennis court as he prepared for this ATP 500 tournament. Later Monday, the Serbian will partner countryman Filip Krajinovic in the doubles against Croat Mate Pavic and Brazilian Bruno Soares. In the singles draw, the World No. 1’s first opponent is #NextGenATP Australian Alexei Popyrin.

“I’m not going to have that kind of encounter with my opponents on the court,” Djokovic said. “We are going to be separated with a net and racquets, but it is a one-on-one sport, so there is something there."