Novak Djokovic earns his 50th match win of the season on Thursday at the Rolex Paris Masters.

Novak Djokovic put behind his opening struggles at the Rolex Paris Masters on Thursday to reach the quarter-finals of the season's final ATP Masters 1000 event.

The Serbian, who struggled early on during his second-round match on Wednesday (d. Moutet), looked sharp and played resiliently against Brit Kyle Edmund to advance 7-6(7), 6-1. Djokovic let slip a 6/3 lead in the first-set tie-break but clinched the set on his seventh set point.

He needed no such dramatics in the second set as he broke three times and won 12 of the final 14 points to celebrate his 50th match win of the season, the 12th time Djokovic has reached that milestone in his career.

“I was feeling energy-wise better and felt more alert, just more strength, more energy, more speed. I didn't play so well, I think, from baseline in the first set. I served well. That got me to the tie-break,” Djokovic said.

“Second set was the best set I've played so far in the tournament. Finished off with a winner, finished off with amazing return game. So of course the sensation is very positive. And I'm convinced that I'm headed in the right direction so that tomorrow will be even better.”

You May Also Like: Tsitsipas Completes Rapid Climb To 100 Wins

The 32-year-old is looking to finish year-end No. 1 for the sixth time. Djokovic needs to remain within 1,500 points of Rafael Nadal this week in order to have a chance at surpassing the Spaniard at the Nitto ATP Finals, to be held 10-17 November at The O2 in London. At the start of Thursday play, Djokovic was 1,280 points behind the Spaniard.

Djokovic will next meet Greece's Stefanos Tsitsipas in a rematch of their Rolex Shanghai Masters quarter-final earlier this month, which Tsitsipas won for his first win against a World No. 1.

“Obviously he's one of the best players in the world. He's already an established player. He's all-around player, plays very well on all surfaces,” Djokovic said. 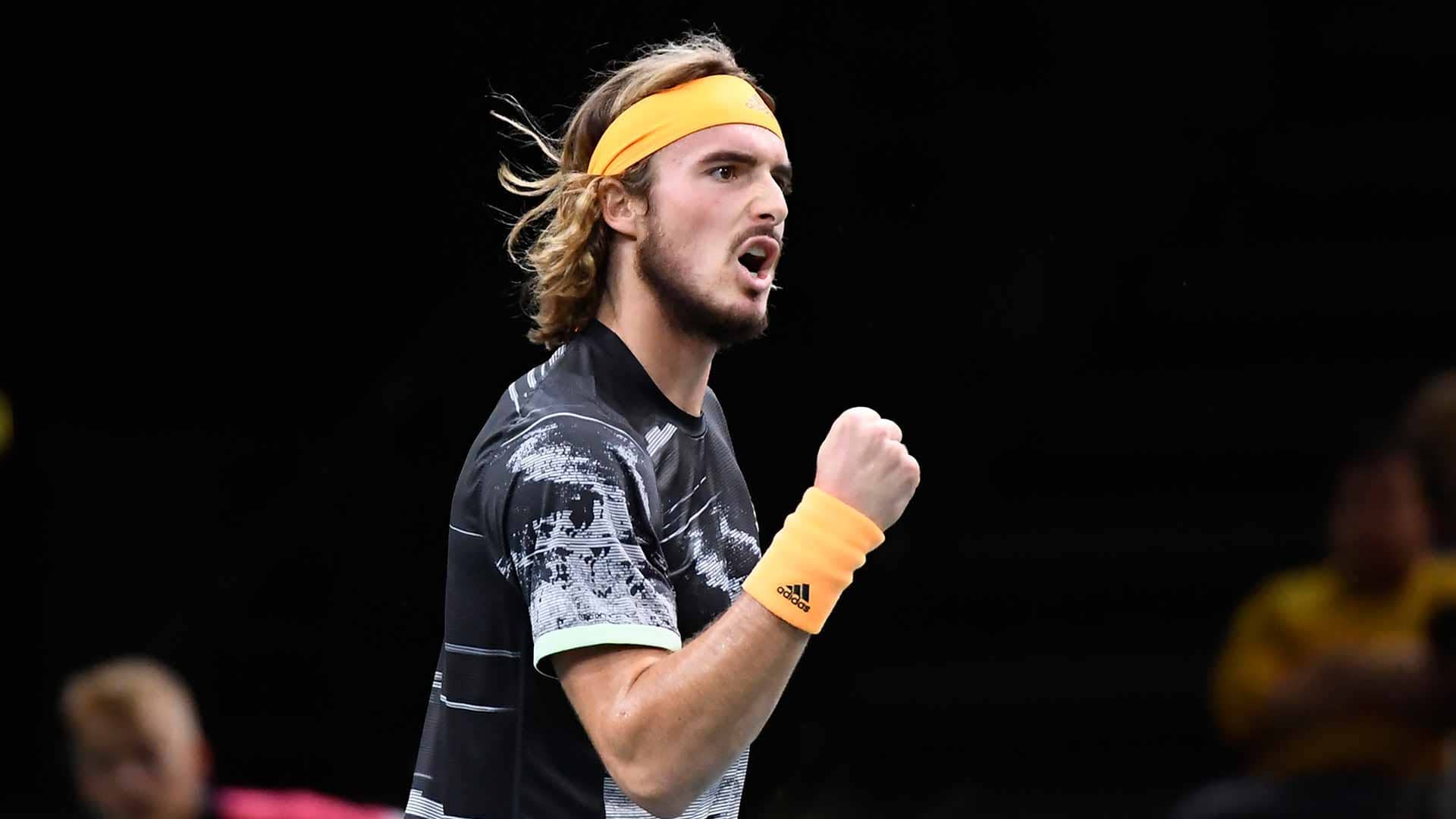 Tsitsipas, the World No. 7, beat #NextGenATP Aussie Alex de Minaur 6-3, 6-4 to make his fourth ATP Masters 1000 quarter-final of the season and also earn his 50th win of 2019, a career-best mark (46 last year). Tsitsipas also celebrated the 100th tour-level win of his career.

The 20-year-old broke De Minaur three times, including during the second game of the opening set and the ninth game of the second set, to improve to 3-0 in his FedEx ATP Head2Head series with De Minaur. Tsitsipas also beat the Aussie during the 2018 Next Gen ATP Finals title match.

De Minaur, No. 18 in the ATP Rankings, will return to the award-winning 21-and-under tournament next week as the top seed and will try to triumph in Milan for the first time.

Tsitsipas, who also made Masters 1000 quarter-finals in Rome, Madrid and Shanghai, will make his debut at the season-ending Nitto ATP Finals, to be held 10-17 November at The O2 in London. In Paris, the Greek star will next meet four-time champion Novak Djokovic or Briton Kyle Edmund for a place in the semi-finals. Tsitsipas beat Djokovic earlier this month to reach the Rolex Shanghai Masters semi-finals.