Novak Djokovic is trying to win his fourth US Open title in the coming fortnight.

Does Novak Djokovic Sneak A Draw Peek? Yes, With His 'Team Of Spies'

ATP Staff
This article contains:
World No. 1 begins his tournament against Carballes Baena

Defending US Open champion Novak Djokovic attended the tournament’s draw ceremony Thursday afternoon. And while you might expect tennis’ stars to avoid getting wrapped up in the analysis of where players land, Djokovic says that is not the case.

“I think most of the players study the draw, to be honest. Even if they say, ‘Well, I’m just looking at my next match’, but you still look at your section and who is in there and… you scout. You see how they’re playing, you have your team as spies so to say overviewing all the courts and potential opponents,” Djokovic said. “At least in my case, and I think most of the players, look at the draw further than the first round. But of course most of the attention goes to only the next challenge, the next match and how to overcome it.”

The big news from the draw was that third seed and five-time champion Roger Federer was drawn into Djokovic’s half, meaning the two could battle in the semi-finals. But despite saying he plans to study the draw, a light-hearted Djokovic did not want to know where the Swiss was placed during the ceremony.

“Don’t tell me, please,” said Djokovic, cracking a laugh and drawing chuckles from the crowd in front of Arthur Ashe Stadium. “I’m going to study when I go backstage. I need my alone time.”

You May Also Like: Federer, Djokovic In Top Half Of US Open Draw 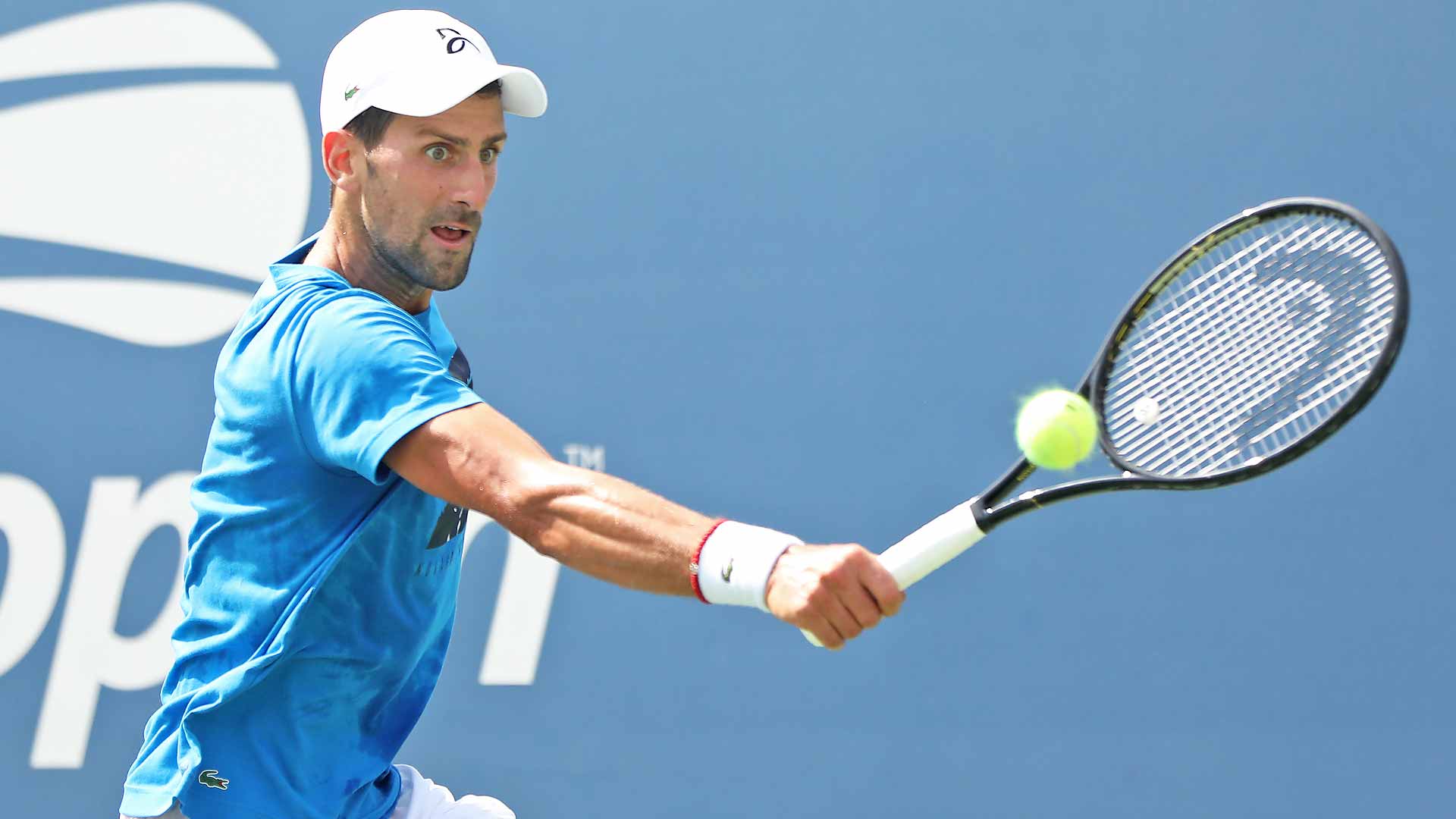 Djokovic will be the leading favorite regardless of his draw based on form. The World No. 1 has claimed four of the past five major titles, only missing out at Roland Garros this year. Djokovic dropped a set in each of his first two matches at last year’s US Open, but then rounded into his best form, winning his final 16 sets of the tournament. The pressure of being defending champion is not fazing him much, though.

“You have that additional pressure obviously and expectations, but I guess over time you get used to it. The more you win, the more you get used to it,” Djokovic said. “But at the same time it is always a paramount challenge in a way, to defend a Grand Slam title and be one of the top players that are candidates to win a title.”

Djokovic also triumphed at the most recent Grand Slam championship, lifting the trophy at Wimbledon. There, the Serbian outlasted Federer in a classic final that went to a fifth-set tie-break at 12-12. Afterwards, the 32-year-old took some time off with his family to relax and reset after the exhilarating fortnight.

“You can reset, refresh and then get ready for the continuation of the season and your career,” Djokovic said. “I’ve been very fortunate to be in this particular situation many times in my career, so that helps. But obviously the final against Roger in Wimbledon was probably Top 2 most exciting, toughest matches I was ever part of and it took me some time really to reflect on everything.”