Novak Djokovic will try to win his second Vienna title this week. He begins his tournament against Filip Krajinovic.

ATP Staff
This article contains:
Serbian won the title on his last Vienna appearance in 2007

Novak Djokovic is going to have his work cut out for him if he is to claim his fifth tour-level title of the season at the Erste Bank Open in Vienna. There are eight unseeded players in the draw who have made a Grand Slam final or an ATP Masters 1000 final, and Djokovic is well aware of how difficult that will make lifting the trophy.

“You have six out of the Top 10 players playing here at an ATP 500 event,” Djokovic said. “I think this must be if not the hardest or toughest men’s draw of all-time at a 500-category event, then definitely one of the hardest ones that we have ever seen, that I was ever part of. So the quality of matches from the first round will be very, very high.”

This is Djokovic’s first appearance in Vienna since 2007, when he captured the title with the loss of only one set. The Serbian holds a 6-1 record at the tournament. 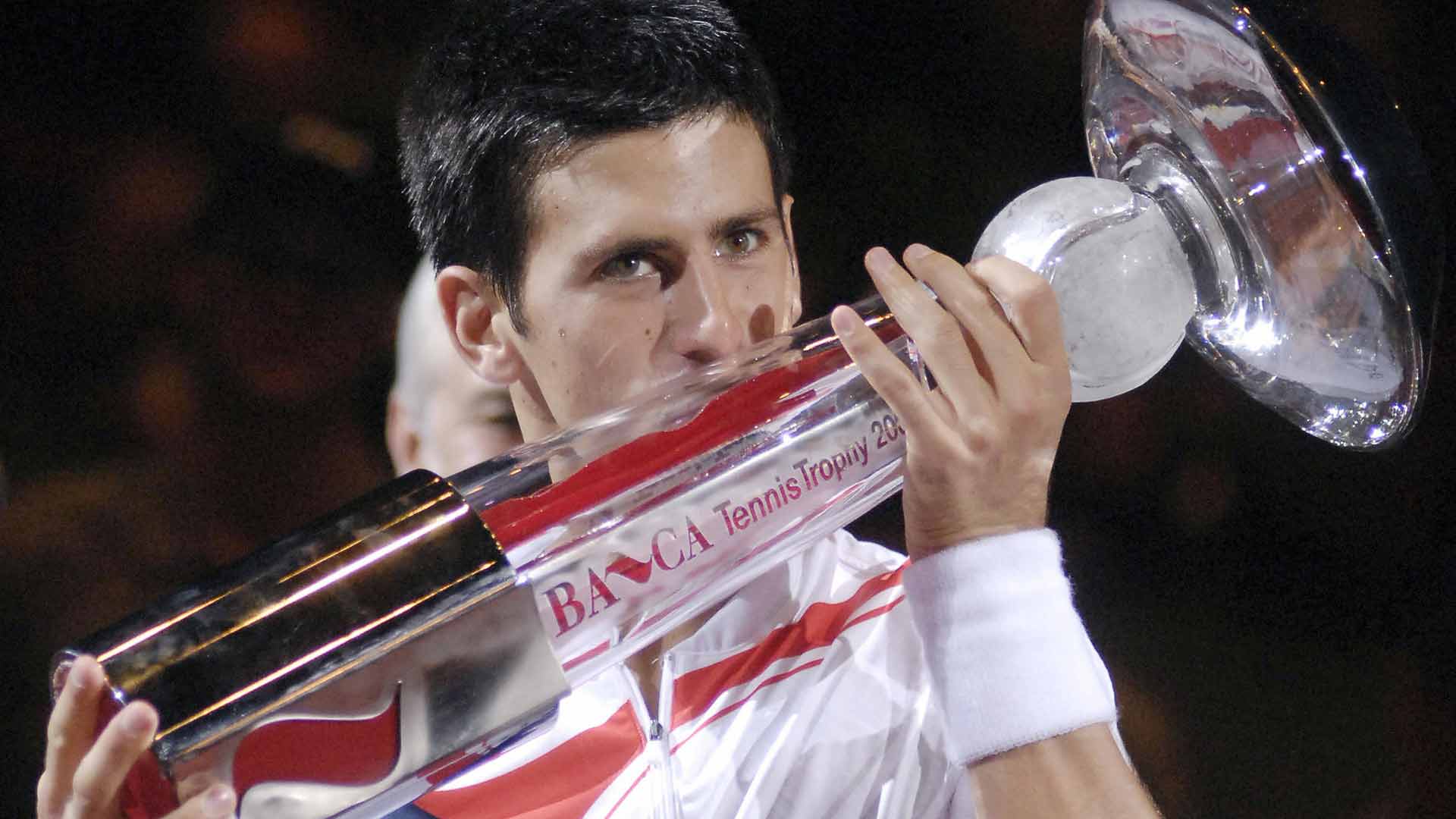 Novak Djokovic celebrates with his 2007 Vienna trophy. Photo Credit: AFP/Getty Images.
“It’s great to be here. I have some amazing memories from this city. I haven’t been to Vienna and I haven’t participated in the tournament here for 13 years. The last time I was here I won the tournament and I had great support,” Djokovic said. “This is definitely one of the best tournaments in this category.”

The Serbian has still watched the event from afar over the years. He has consistently been impressed by the fan support and the tennis culture that has been created by the likes of former World No. 1 Thomas Muster and recent US Open champion Dominic Thiem.

“Vienna is one of the most beautiful cities in the world and a city that is part of a country that nurtures sports and specifically tennis traditionally,” Djokovic said. “The big credit for that goes to Thomas Muster of course, who was No. 1 in the world, and Dominic Thiem, a Grand Slam champion and other successful Austrian players contributed I think to the popularity of the sport. It’s one of the big reasons why you see every year a packed house that is sold out for Dominic’s matches especially, but also for other matches.”

Thiem is the second seed this week, so Djokovic will not meet him before the championship match. The last time they clashed, in this year’s Australian Open final, Djokovic triumphed in a five-setter to lift the trophy in Melbourne.

“We had a practise this morning and we were so intense that I was thinking we were already playing the final,” Djokovic said. “I respect Dominic so much and what he has done for tennis is tremendous, especially this year obviously winning his first Grand Slam. He deserves it more than anybody else. He’s a hard worker, a great guy with a great team. Hopefully we can have that chance to play.

“Obviously that’s probably something that the people would want to see here… [but] it’s a long way [away]. Even though that’s something that we are all anticipating, we both want that, to be in the final of course. But the field is very strong, so we have to take one day at a time.”

Djokovic was surprised when he saw the draw, which revealed he will play countryman Filip Krajinovic in the first round. They are tied 1-1 in their ATP Head2Head series, with Djokovic beating Krajinovic in straight sets last month at the Internazionali BNL d’Italia.

“I practised with Filip for a few days in Belgrade before coming here and we joked around that we might draw each other and that’s what happened,” Djokovic said. “The odds of this happening are very slim, [having] the only two Serbian guys in the draw next to Lajovic play first round. But it is what it is. We are great friends, I’ve known Filip for a long time. He’s a very talented guy, hard court is his preferred surface. He can play very quick tennis. We have similar games actually because we kind of grew up together.