Novak Djokovic defeats Denis Kudla in straight sets to reach the fourth round at Wimbledon.

ATP Staff
This article contains:
The Serbian reflects on his upbringing after reaching the fourth round at SW19

One of the many standout qualities World No. 1 Novak Djokovic has is his fighting spirit. In the tightest moments, the Serbian star finds a way to claw through to gain the advantage and eventually win a match.

That was on full display on Friday in the third round at Wimbledon against Denis Kudla. Djokovic won in straight sets, and on several occasions he let out primal roars to the crowd after claiming a big point.

“I think part of it is genes. My family, the way I’ve grown up in difficult times during the 90s for my country and I think failure was never an option for me or anybody from my family,” Djokovic said in his on-court interview. “We just had to find basically the basic needs for us to survive during those times. It was difficult, and I think that has strengthened my character, I would say.” 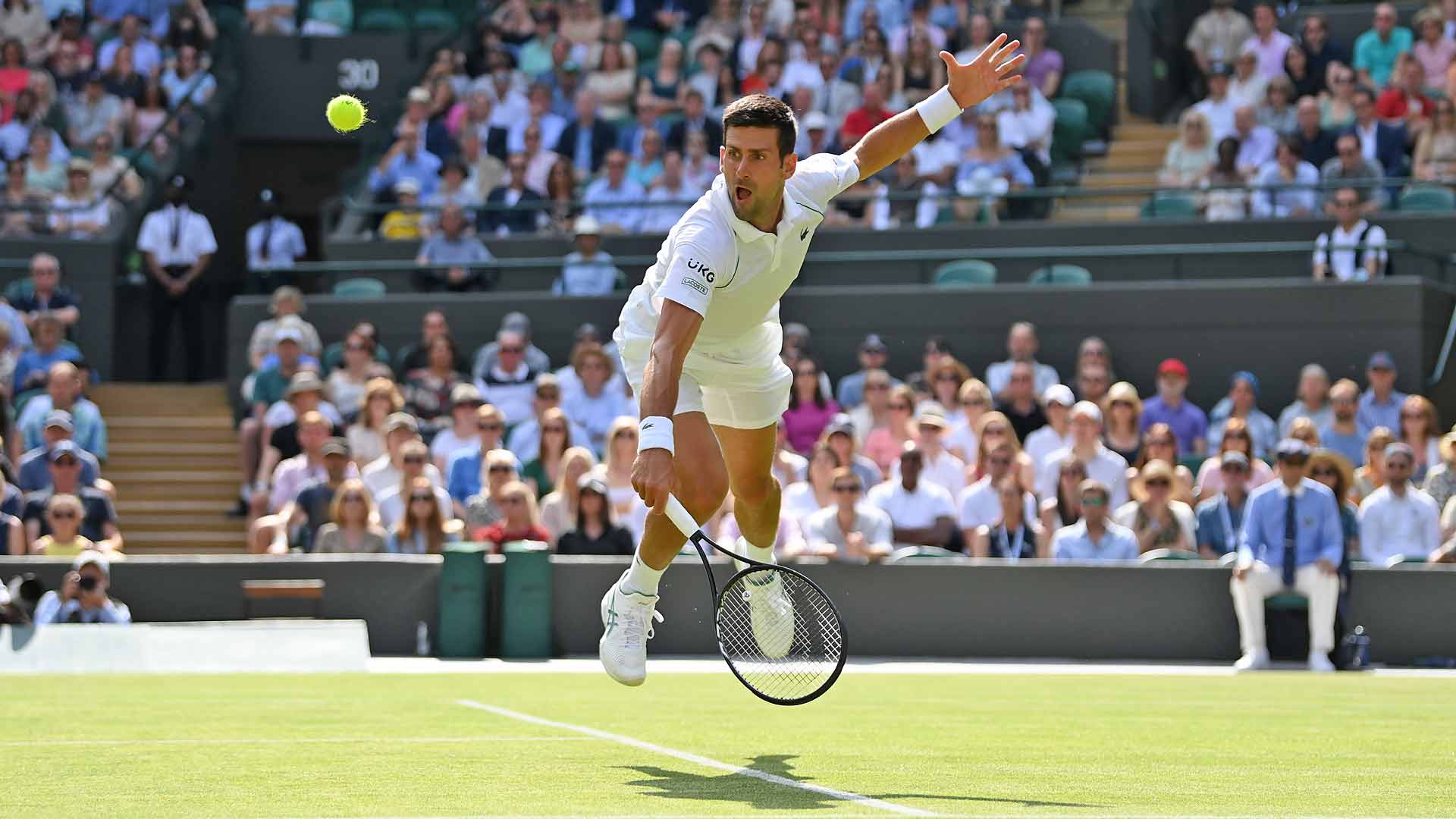 Photo Credit: Mike Hewitt/Getty Images
But that’s not all. Djokovic, who skied at a high level growing up, believes where he spent a lot of time as a kid has a lot to do with his mindset today.

You May Also Like: Djokovic Saves Set Point, Overcomes Kudla Challenge At Wimbledon

Djokovic smiled after saying that, but he admitted he was not joking. The 19-time major winner has held the No. 1 spot in the FedEx ATP Rankings longer than any other player in history.

“I don't consider myself an underdog. I just had a journey that is probably different from most of the other players that are on the tour and upbringing,” Djokovic said. “I'm not complaining about it. Actually I'm not regretting anything. I am grateful that I've been through that journey because that helped me to become a man and a player that I am today. It allowed me to learn things about myself and how to have a strong character, how to fight, how to never give up in very difficult circumstances when I face adversity on the court to come out as a winner.

“It doesn't always happen, of course. That's life. But I feel that has greatly influenced my development as a player and who I am today.”

Djokovic has won the first two Grand Slams of the season at the Australian Open and Roland Garros. He will continue his pursuit of a third major triumph in 2021 in the fourth round against 17th seed Cristian Garin.