Djokovic On Potentially Tying Grand Slam Record: ‘It Would Mean Everything’

ATP Staff
This article contains:
The World No. 1 will face Berrettini for the Wimbledon trophy

History awaits Novak Djokovic in Sunday’s Wimbledon final, when he will try to tie Roger Federer and Rafael Nadal’s record of 20 Grand Slam titles. And the World No. 1 left no doubt Friday evening following his semi-final victory that he is excited for the opportunity.

“It would mean everything. That's why I'm here. That's why I'm playing. I imagined myself being in a position to fight for another Grand Slam trophy prior to coming to London. I put myself in a very good position,” said Djokovic, who will play Matteo Berrettini for the trophy. “Anything is possible in the final. Obviously experience is on my side. But Berrettini has been winning a lot of matches on grass courts this year, winning Queen's.

“He's in great form. He's serving big, playing big. So it's going to be a very tough match I think for both of us, but I'm looking forward to a great battle.” 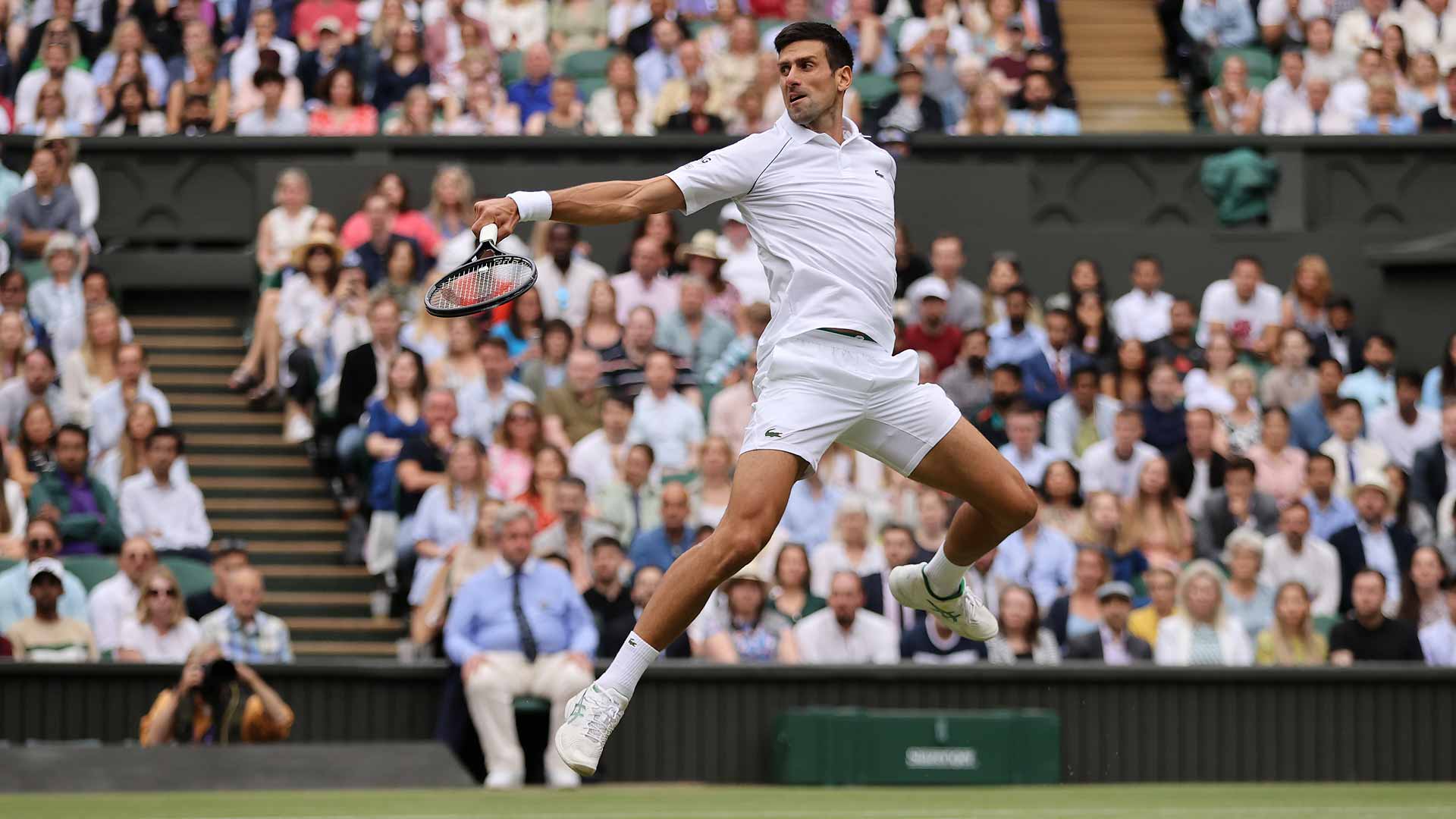 The Serbian superstar had to claw through a tough battle against Denis Shapovalov in the semi-finals. Djokovic emerged victorious in straight sets, but each set was a nail-biter against the free-swinging Canadian.

The top seed saved 10 of the 11 break points he faced, which proved critical. The difference in the match was Djokovic’s performance under pressure.

“I don't think you're born with it. I think it comes with time, with experience, with mental and physical work obviously,” Djokovic said of his mental fortitude in key moments. “The more matches you play and the more times you're in these similar situations, the more confident or more comfortable you feel every next time you get to face these particular circumstances where you're a break point down or playing in [the] final stages [of a] Grand Slam against [your] top rivals.

“I think that experience definitely favours me every single time. Next time I get to walk on the court, [I] know that I've been through everything that I could possibly go through as a tennis player. I know my strengths. I know what I'm capable of. I rely on that.”

You May Also Like: Djokovic Beats Shapovalov, On Verge Of Record-Tying 20th Grand Slam

The 34-year-old has long discussed his love affair with Wimbledon and how as a child he dreamt of competing in and winning the tournament. Now he has another opportunity to play on Centre Court with history on the line. Whether or not he has the crowd’s support, he will be focused on the task at hand.

“Every player hopes in big matches, coming into big stadiums, that he's going to have a majority of the crowd behind him. Having the crowd behind you, against you, it's a big difference,” Djokovic said. “Berrettini, [this being] his first time in a Grand Slam final, he's kind of an underdog there. People also like to see someone win who is an underdog or is not maybe expected to win, is not the favourite to win.

“But hopefully people can also recognise the importance of this match for me, the history that is on the line. I'm prepared for anything really that is going to happen in terms of the crowd support on Sunday. I've had many different experiences throughout my career. I just need to focus on myself and what I need to do.”

Djokovic knows that Berrettini brings plenty of firepower to the court, and that the Italian will be hungry for his first major triumph. But with everything at stake, the Serbian will be ready.

“It's [the] final. It's really anybody's game,” Djokovic said. “He's arguably the guy who has been in the best form on grass courts this year, winning Queen's. He's red hot. It's going to be a great battle.”