Novak Djokovic defeats Alexander Zverev in the US Open semi-finals to move one win from completing the Grand Slam.

ATP Staff
This article contains:
World No. 1 will play Medvedev in Sunday's final

Alexander Zverev spoiled Novak Djokovic’s dreams of a Golden Slam at the Tokyo Olympics, but the Serbian would not let the German halt his pursuit of the Grand Slam at the US Open.

World No. 1 Djokovic battled past fourth-seeded Zverev 4-6, 6-2, 6-4, 4-6, 6-2 on Friday evening to reach the final at Flushing Meadows and move within one win of becoming the first man since Rod Laver in 1969 to complete a Grand Slam by claiming all four major trophies in a single season.

"I would like to say thank you, because the atmosphere was amazing, the best atmosphere of the tournament so far," Djokovic told the Arthur Ashe Stadium crowd. "These are the moments we live for. These are the kind of unique opportunities that we dream of every day when we wake up and are trying to find motivation to go out there and do the same things over and over again.

"It pays off when you are playing in this incredible stadium with this atmosphere. Thank you so much for making it special."

For most of the intense clash, Djokovic was stoic. But after securing a double-break lead in the decider, the top seed unleashed a cathartic roar towards his team and stepped on the gas from there to triumph after three hours and 33 minutes.

Djokovic, who will play second seed Daniil Medvedev for history on Sunday, has already won the Australian Open, Roland Garros and Wimbledon this year. A victory against the Russian would give him 21 major crowns, breaking a tie for the all-time record with Roger Federer and Rafael Nadal.

"I'm going to treat the next match like it's the last match of my career," Djokovic said.

Zverev was by far Djokovic’s toughest test yet. For the 10th time this year at a major, the Serbian lost the opening set. But this occasion felt more dangerous, as the German had not only beaten him six weeks ago, but he entered the match on a career-best 16-match winning streak.

"Alexander is a big champion. He's someone that I admire on and off the court. We get along very well, he's definitely one of my best friends. We train a lot, we see each other a lot in Monaco, [which] he uses as a base," Djokovic said. "He's a great guy and an even better player. I knew coming onto the court today that it was going to be a great battle." 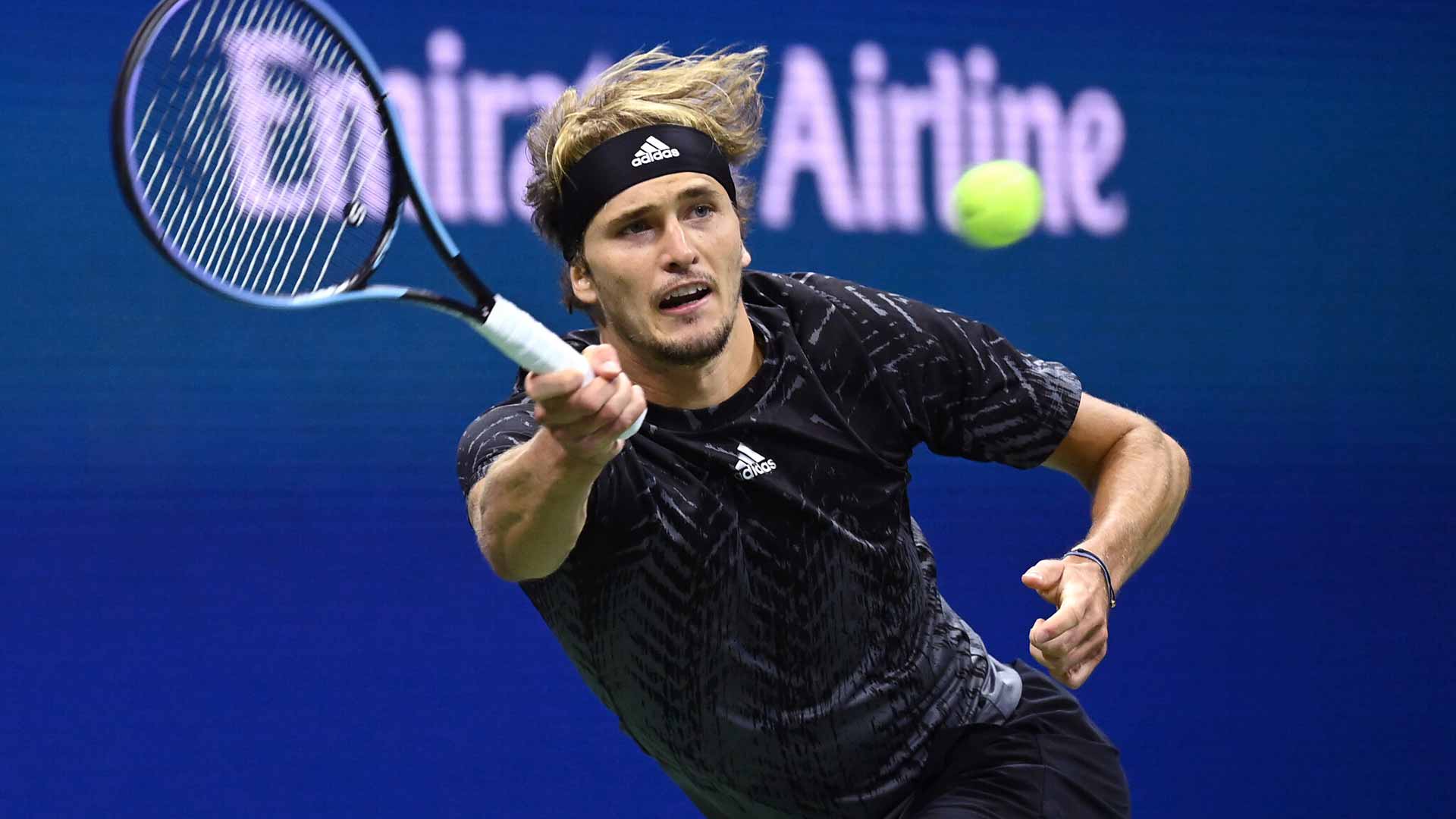 Photo Credit: Garrett Ellwood/USTA
Neither man was at his absolute best, with both showing apprehension at points. But in an intense match during which the air could have been sliced with a butter knife, Djokovic remained calmer in the key moments and served impressively under pressure to emerge victorious.

Djokovic is now 36-10 in five-setters and Zverev is 16-10. This year, the World No. 1 is 4-0 and the recent Cincinnati champion is 1-3. Djokovic leads the pair's ATP Head2Head series 7-3 following their third clash that went to a deciding set.

Zverev's booming serve gave Djokovic — one of the best returners in history — trouble early on, allowing him to sprint to the lead. But after taking the first set, the German got off to a slow start in the second.

Serving at 0-1 30/30, the 2018 Nitto ATP Finals champion missed a short forehand to give the World No. 1 his first break point, and then hit a double fault to relinquish his serve. From there, Zverev began to play more defensively and sit behind the baseline, while Djokovic used a more conservative strategy and baited his opponent with backhand slices.

You May Also Like: Medvedev Marches Into US Open Final

The 85-time tour-level titlist took advantage of a significant dip in the German's level to level the match. Zverev got into trouble on serve at 4-5 15/40 in the third set, but saved the first set point he faced by crushing an inside-out forehand winner to cap an incredible 53-shot rally, the longest point of the tournament. The 24-year-old had to bend over after the point to catch his breath.

But it was not enough, as Djokovic hit an overhead winner on the next point before windmilling his arms to get the crowd involved, the most emotion he had shown until that point.

It seemed Djokovic would run away with the momentum, but Zverev had none of it. The fourth seed increased his aggression in the fourth set and used his big serve to get through his service games and force a decider.

Would Zverev, who reached his first major final at the US Open last year, somehow come back like he did in Tokyo and send Djokovic home disappointed?

The World No. 1 simply refused to lose, even if he was not in peak form. Djokovic broke for a 2-0 lead in the fifth set after hitting a daring crosscourt backhand drop shot and following it up with a curling crosscourt forehand pass.

Even then, the 34-year-old did not let loose his emotions. But after securing another break, Djokovic sensed the finish line and let the raucous crowd know. Zverev recovered one of the breaks, but the deficit was too wide to overcome.

Did You Know?
Djokovic will take a 5-3 ATP Head2Head series lead into the final against Medvedev. The last time they played, in this year's Australian Open final, the Serbian triumphed in straight sets.