Ivan Dodig and Filip Polasek have today qualified for the Nitto ATP Finals for the first time to complete the doubles field for the 2019 season finale, to be held at The O2 in London from 10-17 November.

Dodig and Polasek will join Juan Sebastian Cabal and Robert Farah, who have already clinched the year-end No. 1 ATP Doubles Team Ranking, along with past qualifiers Lukasz Kubot and Marcelo Melo, Raven Klaasen and Michael Venus, 2015 champions Jean-Julien Rojer and Horia Tecau, and Pierre-Hugues Herbert and Nicolas Mahut. Roland Garros champions Kevin Krawietz and Andreas Mies and recent Vienna champions Rajeev Ram and Joe Salisbury will also be making their team debuts at The O2.

Dodig and Polasek first teamed up in June this year, when they reached the Turkish Airlines Open Antalya final (l. to Erlich/Sitak). They captured their first team title at the Western & Southern Open, an ATP Masters 1000 tournament in Cincinnati (d. Cabal/Farah) and at the 500-level China Open (d. Kubot/Melo). The pair also reached the semi-finals at Wimbledon (l. to Mahut/Roger-Vasselin), the Chengdu Open (d. Erlich/Martin) and at last week’s Swiss Indoors Basel (l. to Rojer/Tecau).

The 34-year-old Dodig has competed at the Nitto ATP Finals on five previous occasions (2013-17), highlighted by a run to the 2014 final with Melo (l. to Bryans). Polasek, 34, is the first player from the Slovak Republic to compete at the season finale.

Individually, Dodig won doubles titles this season in Montpellier and Lyon (both w/Roger-Vasselin). Polasek teamed up with Philipp Oswald earlier in the year to clinch the Kitzbuhel title. They were also runners up in Gstaad. 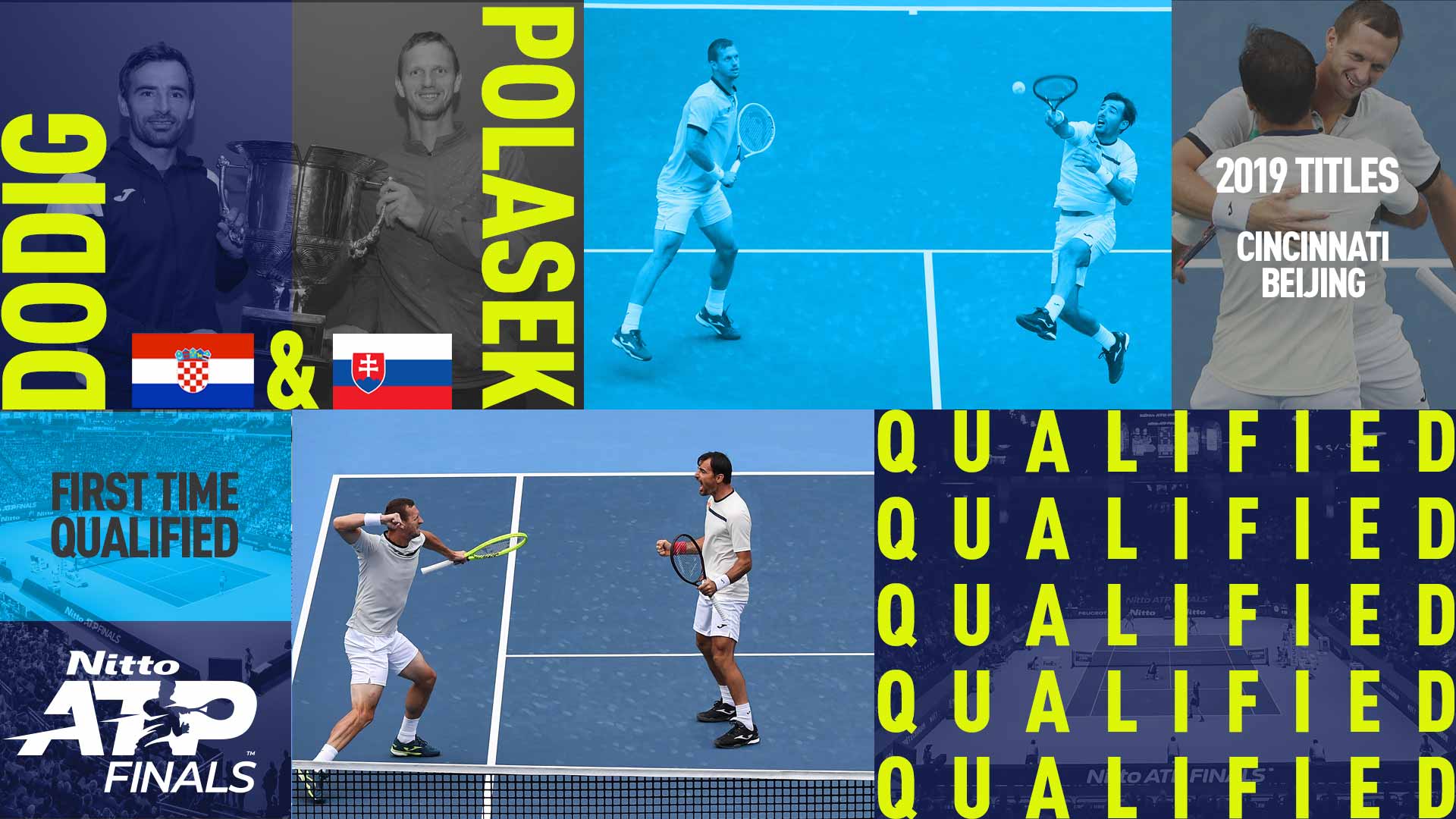