Filip Polasek and Ivan Dodig are competing together in the Nitto ATP Finals for the second time.

Andrew Eichenholz
This article contains:
Sixth seeds had not played since Wimbledon

The Nitto ATP Finals is tough for all competitors, since the tournament features the world’s best players. But one doubles team, Ivan Dodig and Filip Polasek, face an additional challenge: they have not played together since Wimbledon.

“I think it’s not that tough, because we played together a long time and we know each other really well,” Polasek said. “We had a lot of success and I think we have confidence in ourselves and we believe that we can do it here. We’ve had a couple of days of practice and I think it’s going to be a very good tournament. I’m looking forward to it.”

The Croatian-Slovakian duo made a perfect start to the season by winning the Australian Open for their first major crown as a team. They qualified for the season finale for the second time this year (also 2019), but they ended their two-year partnership after The Championships.

At the time, Dodig called it “shock therapy”, as they hoped changing partners would spark surges for both men. Dodig began playing with Rohan Bopanna and has since joined forces with Marcelo Melo. Polasek partnered John Peers. 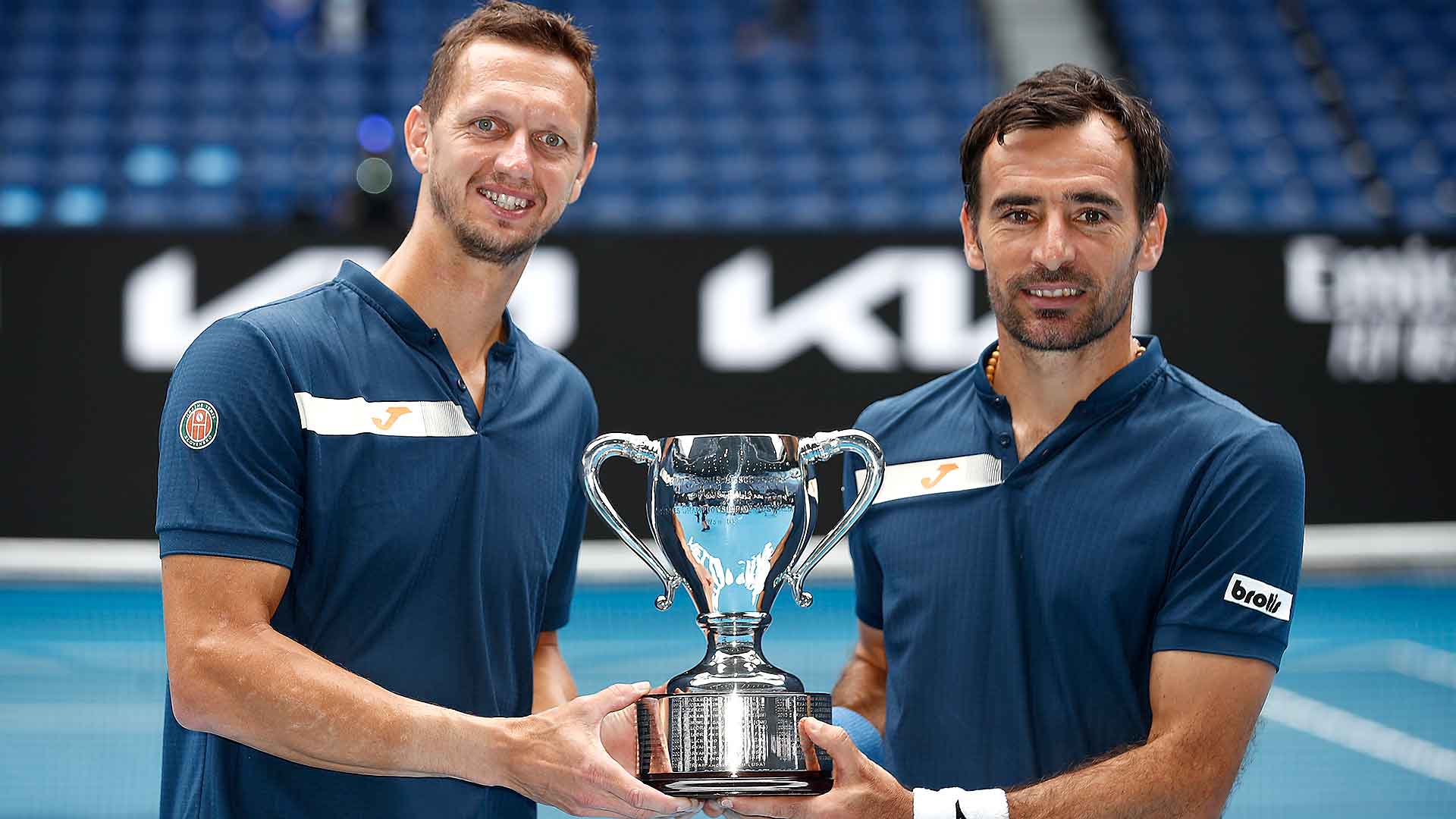 Dodig and Polasek won this year's Australian Open. Photo Credit: Daniel Pockett/Getty Images.
Polasek and Peers made the US Open semi-finals and won the BNP Paribas Open to position themselves to qualify for Turin, which would have allowed Polasek to select his partner at the Nitto ATP Finals. But they fell just short, so Polasek is competing with Dodig. There are no hard feelings between them, and they are excited for the opportunity.

“It’s nice. For me, to see that I’m still capable of doing good things and have a good season, I’m happy that I’m back here for the seventh time and I’m happy that Filip and I have this opportunity to play the last time,” Dodig said. “We had a great time together, we played good tennis. In doubles, it’s like that. Sometimes things don’t go how we plan, but it’s part of the sport and we’re still doing great with our new partners.

“I’m happy we’re back here to play the last tournament and I think for sure we will play good tennis and hopefully we can have a good run here.”

You May Also Like: 'Sometimes In Sports It’s Shock Therapy': Dodig/Polasek Split

The court is quick inside the Pala Alpitour, and Dodig and Polasek are capable of overwhelming opponents with their big serving, even if they have not competed together for four months,

“We always have the ability to turn matches around and I think we were also tough mentally to beat,” Polasek said. “Once we are playing well, with our serves, we dominate on our serves and Ivan is always connecting on a lot of returns and that puts a lot of pressure on our opponents.”

They are not thinking about the fact that they are no longer full-time partners. Dodig and Polasek are fully focussed on performing. They lost their opening match on Sunday against Marcel Granollers and Horacio Zeballos, but are still pushing for a strong finish to the season.

“Everybody wants to win this tournament, we are in the same position. We know each other, we are playing well. We came here to win like every other team and we have to focus on that.”