Ivan Dodig and Filip Polasek won this year’s Australian Open and competed in the Nitto ATP Finals in their first season as a team in 2019. But after Wimbledon, the Croatian-Slovakian duo ended their two-year partnership.

“What we achieved in two years was simply amazing. We had unbelievable success. We won an ATP Masters [1000], we won a Grand Slam, we played the [Nitto ATP] Finals. It was simply great results,” Dodig said. “We won a lot of tournaments together, and we always have it with us. Nobody can take that. We have great memories and we are still great friends. We still support each other.”

After reaching the Miami semi-finals, Dodig and Polasek did not win consecutive matches together again. They sat down to discuss their partnership and mutually decided it was best to move forward with new partners.

Dodig is competing with India’s Rohan Bopanna and Polasek is playing with Australia’s John Peers. Bopanna and Dodig made the Montreal final together in 2017, while Polasek and two-time Nitto ATP Finals champion Peers competed as a team for the first time last week in Washington. 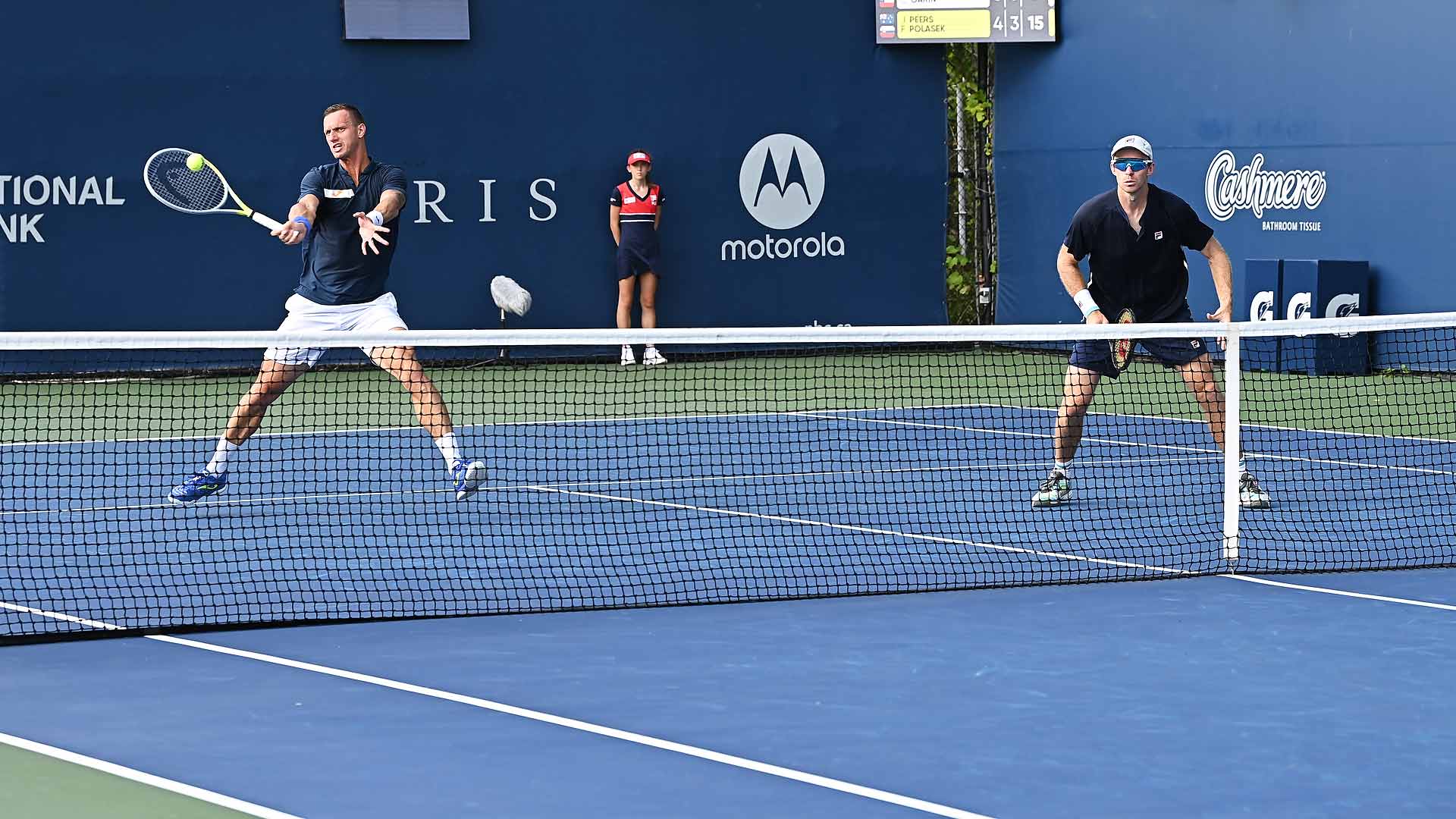 Filip Polasek and John Peers competed together for the second time this week in Toronto. Photo: Peter Staples/ATP Tour

“We did unbelievable things together that we both appreciate,” Polasek said of his accomplishments with Dodig. “We weren’t winning as much and we didn’t do the results that we would like to do. We were still playing a very solid level, we were just losing the close matches that we were winning before.”

Considering earlier this year they won a major title together in Melbourne, neither man expected to split in the middle of the season. But they felt it could spur positive change for both.

“Sometimes in sports it’s shock therapy,” Dodig said. “When you change something, it can help you to get back in a winning state and we just made that decision. It was not an easy decision, but we made it and we have to go on.”

Dodig and Polasek are in fourth in the FedEx ATP Doubles Team Rankings. They have agreed to compete together in this year’s Nitto ATP Finals, to be held in Turin from 14-21 November, should they qualify, so long as they do not do so with their new partners.

“We decided we’d rather split earlier than later and in a good way. We are still very good, there are no hard feelings from either side,” Polasek said. “It’s never a good time to split, but if you have to do it, it was a good time."