During the Chengdu Open, American #NextGenATP star Jared Donaldson gets behind the video camera on a field trip to see the pandas.

#NextGenATP star Jared Donaldson recalls the time a guy stopped his car to tell him “Rock on, bro!” and shares the important question he had for his idol, Barry Bonds, whom he met on a trip to Atlantis.

First moment I realised I loved tennis
I was six years old playing a match at my club that I grew up at. This kid was 12 or 13, way older than me, and it was an eight-game pro set. I was down 7-0 to him and I came back to beat him 9-7. My dad felt that not too many kids at that young age have that ability to stay with it and fight. I feel like maybe that was the first moment where he and I realised that I really had determination, and I feel like that’s what you need in tennis and I feel like I have that.

First pinch-me moment on the ATP World Tour?
Honestly, when I got my first [Emirates ATP Rankings] point, that was big. I feel like one of the bigger moments in my career was last year in Toronto when I beat [Fabio] Fognini in the second round. That was a really good win after coming through qualies. And also it was hot, he was playing well, he had won a tournament the week before and won a good first-round match, and I felt that it was really close. Sometimes when you’re just coming up you lose those tight matches and I was able to win it so that was really important, where I kinda thought I belong here, I can play with these guys.

First time I was recognised
The funniest moment I was recognised outside of tennis, I was in Rhode Island on vacation two to three years ago, and there’s this place called the Coffee Exchange in Providence. I walked out of that with my sister and some dude was in his car and he stopped on the street, and he was like, “You’re Jared Donaldson!” I was like “Yeah,” and he said, “Rock on, bro! I love you!”

First thing I bought with prize money
I guess I’m pretty frugal, I don’t really spend a lot of money. I rented a house, I guess. That was my first big thing, where I thought I’m kinda on my own, I’m living in a house.

You May Also Like: #NextGenATP Donaldson Breaks The Trend, Climbs The Rankings

First autograph I got
Barry Bonds. I was five or six years old, at Atlantis. He was actually my idol growing up. I got an earring because of him. I walked up to Barry Bonds, it was the year after he broke the season record for home runs, and I asked him what it was like hitting all those home runs. He just smiled and said it felt really good.

First celebrity crush
(long pause) That’s a tough one! This is more recent, I probably had a crush on someone when I was younger I don’t remember, but I’ll say Jennifer Lawrence. She’s a good actress, she’s good-looking, so I’ll say J.Law.

First pet
Midnight, my cat. I was in second grade. 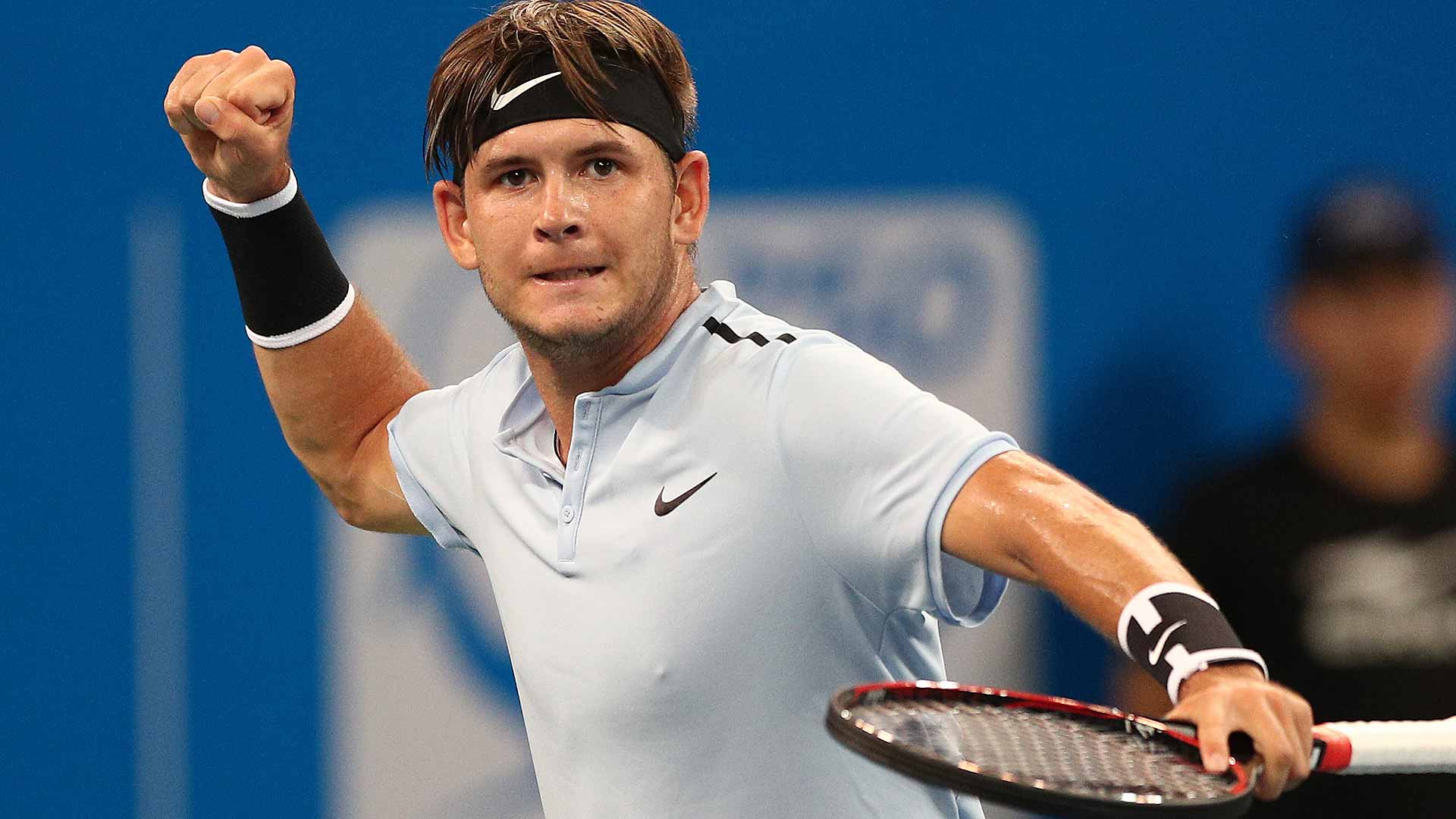