Jared Donaldson's return game has him in good position to qualify for the inaugural Next Gen ATP Finals in Milan.

Craig O'Shannessy
This article contains:
Infosys ATP Beyond The Numbers shows how Donaldson's return game has helped him approach the Top 50

The 20-year-old Donaldson, 20, who lives in Irvine, California, is racing up the Emirates ATP Rankings in 2017, enjoying a career-high position at No. 51 this week. He started 2017 at No. 105, playing a mix of ATP Challenger and ATP World Tour events for the first four months of the season.

Now he is doing damage only in the big leagues, and he is doing it in an unconventional way for an American prodigy.

You May Also Like: How Schwartzman Became The Return Giant In 2017

Indeed, the five highest-ranked American players in the Emirates ATP Rankings all perform better on the serving side of the equation than returning.

Who is the best American returner for the past 52 weeks? It’s Donaldson, who is currently the sixth-highest ranked American player overall. It’s quite an accomplishment to be the best performing returner in the United States and not yet be ranked in the Top 50 of the Emirates ATP Rankings.

Donaldson’s Infosys Return Rating of No. 32 in 2017 elevates him higher in this specific category than well-recognized players, such as Lucas Pouille (34), Kyle Edmund (35), Stan Wawrinka (40), Juan Martin Del Potro (41), and Jo-Wilfried Tsonga (45).

Donaldson scored one of the biggest wins of his career last week at the Western & Southern Open in Cincinnati, defeating No. 14 Roberto Bautista Agut 7-6(5), 6-3 in the opening round. His break-out victory was 12 months ago at the US Open, where he defeated No. 14 David Goffin 4-6, 7-5, 6-4, 6-0 in the first round, and that was after Donaldson won three rounds of qualifying to make the main draw. 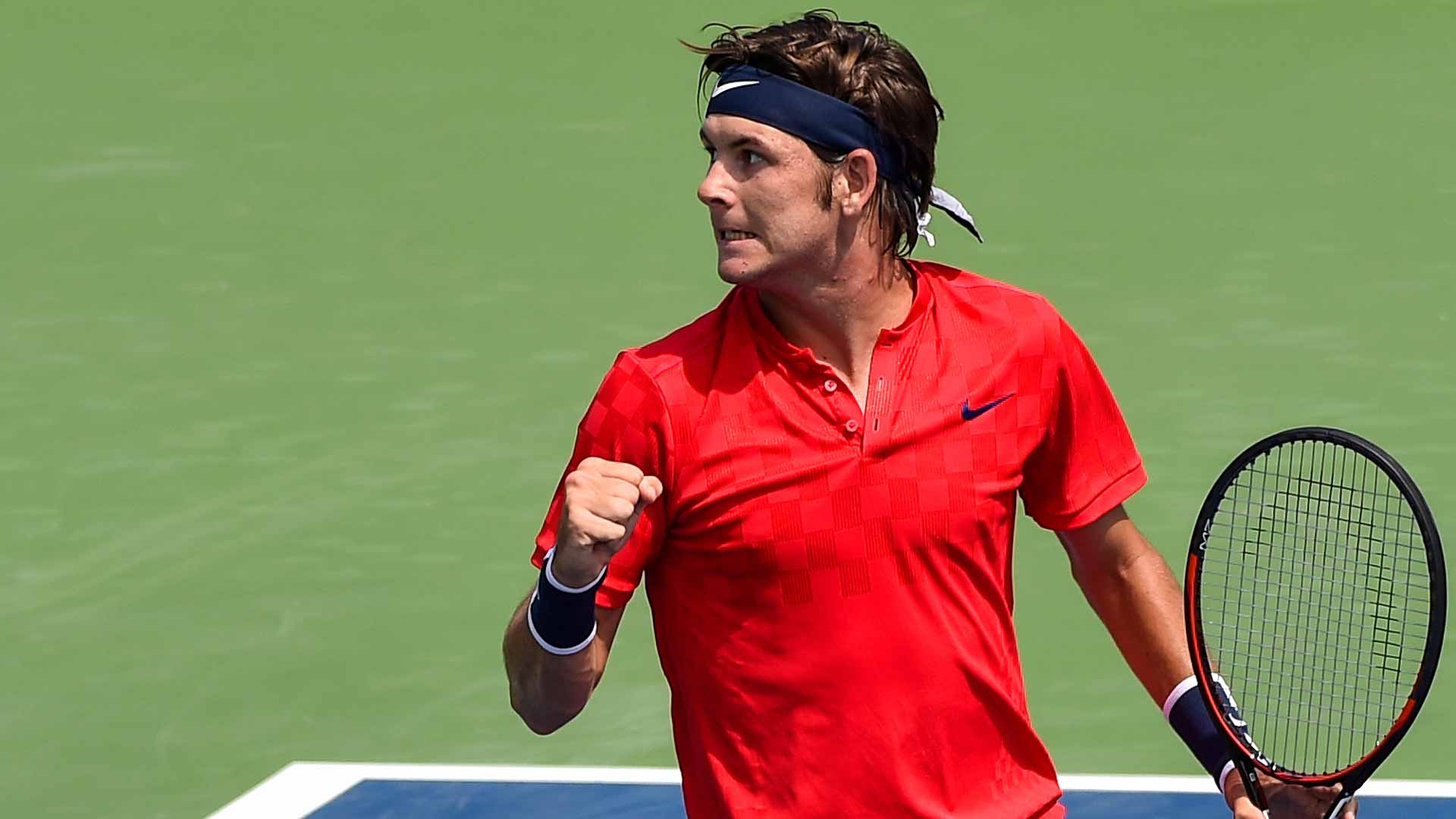 Donaldson is doing very well in 2017 breaking serve right after he has been broken, speaking to the maturity of his emerging game. Donaldson is breaking back 20 per cent (17/85) of the time, which is more than higher-ranked Americans Steve Johnson, who is at 14 per cent (11/76), and Ryan Harrison, who is at just 10 per cent (8/79).

Donaldson’s solid run in Cincinnati last week elevated him five spots to third place in the Emirates ATP Race To Milan, ahead of fellow Americans Frances Tiafoe (nine), Ernesto Escobedo (10), Taylor Fritz (14), and Tommy Paul (16). The top seven players in the Race will qualify to compete at the inaugural Next Gen ATP Finals, to be held 7-11 November in Milan. The eighth player will be determined by wild card.

Donaldson’s days of flying under the radar are about to end.