Jared Donaldson looks to return to the fourth round of the Miami Open presented by Itau this fortnight.

Jonathon Braden
This article contains:
American discusses which books, including Atlas Shrugged, have had a profound effect on his life and his tennis

Jared Donaldson hardly had a regular schooling life. The American, who grew up in Rhode Island in the U.S.A., moved to Argentina when he was 14 to train for two and a half years. But Donaldson, still only 21, has knowledge beyond his years.

During this “On The Line” Q&A with ATPWorldTour.com, Donaldson, who next faces 25th seed Feliciano Lopez at the Miami Open presented by Itau, discusses the "light topics" he's been reading lately, including books on leveraged buyouts and the classic Atlas Shrugged. Donaldson also shares what he might like to do years from now after his tennis career finishes.

What was the last book you read?
For a while I was reading a lot of books on options trading and the stock market but recently I've been really interested in private equity. I'm reading a book right now called Barbarians At The Gate. It focuses on the LBO [leveraged buyout] industry, broadly on the LBO industry in the '80s but more specifically it's about the leveraged buyout of RJR Nabisco. That has really peaked my interest in LBOs.

How did you get into such topics?
I was always interested in making a lot of money. My dad would watch the news, and I'd always hear about big business transactions.

When I was in probably third grade, my dad gave both my sister and I a Scottrade account of $3,000 or so. He gave me control fully to do whatever I wanted. At the time I was really young, so I didn't really know really what was going on. I think I bought Home Depot, Nike – companies I liked and knew about... And then that developed my interest farther into the world of finance.

After tennis, you might be an investment banker?
I can't say right now exactly what I would like to do, but something investment banking or private equity, which is kind of a broad range of topics, and then maybe specialise into something I like to do more or what fascinates me on a smaller scale.

What other books have you read lately?
The Option Trader's Hedge Fund. That one I really liked. Trading Options Like A Professional. I read a book about scrap metal, thought maybe I'll be a commodities trader someday. And then various books on the stock market, technical analysis, and fundamentals. 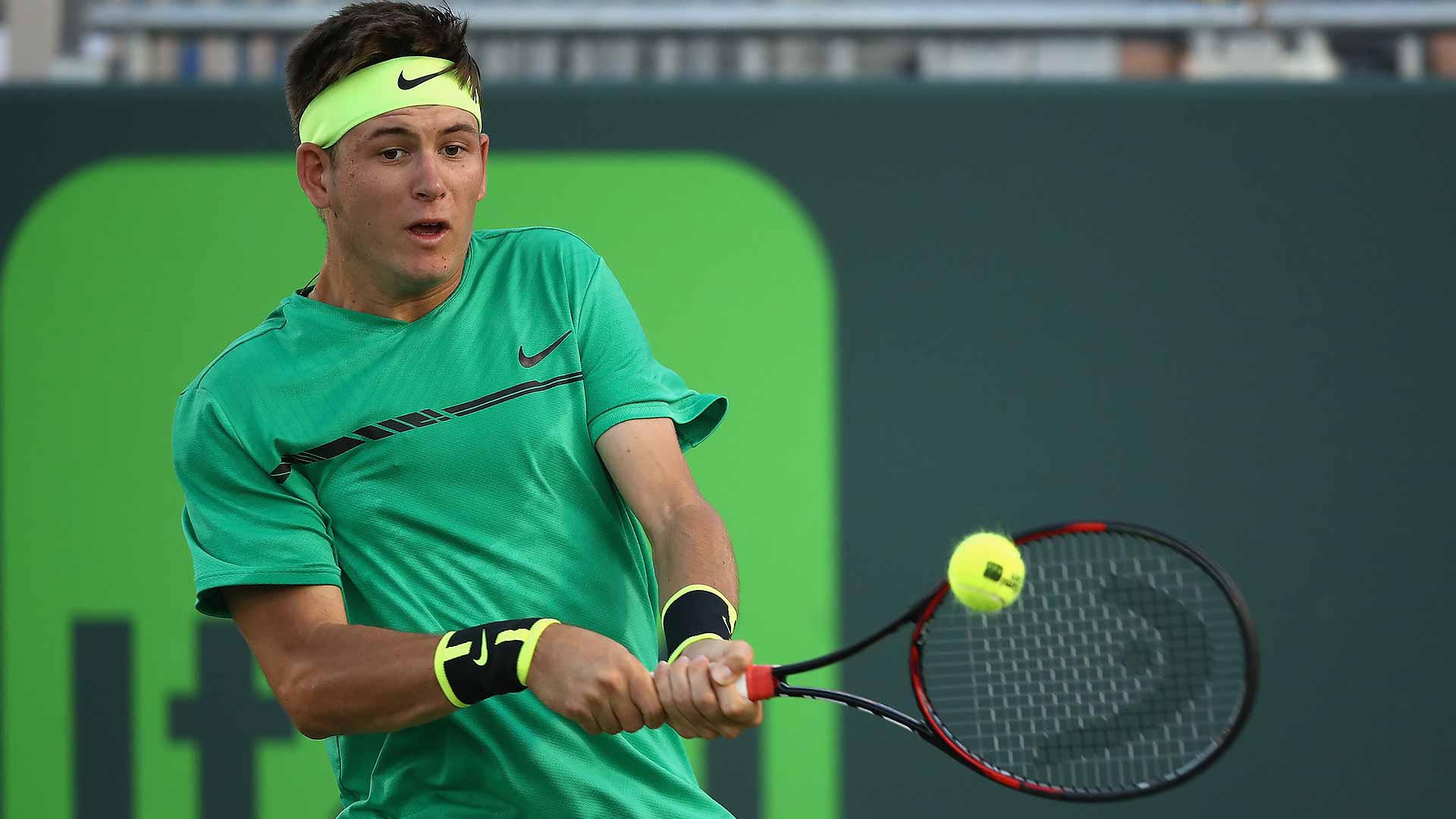 The historic world leader you admire the most and why?
Probably George Washington. How he was able to navigate the country from post-war into a prosperous country. He helped develop it and set the standards for prosperous leaders and a prosperous nation. I think it something that's extremely admirable.

Favourite book of all-time
Atlas Shrugged. Something that really resonated with me was its idea of individualism. Throughout my entire life, the way I've always thought is I can do anything I set my mind to. I think that having that type of quality is a big part of individualism... Honestly I've never really read another book quite like it. It was really interesting to me, and definitely shaped some ideas about myself and how I want to be as a person and so forth.

Read More: Donaldson Remembers The First Time He Was Recognised: 'Rock On, Bro! I Love You'

When did you read that?
I read it last year. It also helped my tennis. I remember so vividly this one passage in the book. They were talking about the idea of instead of getting frustrated at a competitor, in whatever industry you work for, it wasn't about getting mad at that person or feeling a sense of inadequacy; it was about trying to learn as much as you can from that person, and thanking that person. Because people like that allow you to get better at whatever you're trying to do or whatever you're trying to pursue. Honestly that was one of the most clear passages I have from the book.

So instead of feeling like, 'Why can't I beat these guys?' I realised, for a sense, you have to thank your competitors because they're the ones that are pushing you to get better. That's how I started to try to look at things.

Person you admire the most besides your parents
Muhammad Ali. I was probably 5 years old when I discovered him, and he was so captivating with his self confidence. You could tell he obviously believed it... I was watching ESPN Classic and a special on Muhammad Ali came on and that's how I discovered him.

My tennis career will be a success if I...
My tennis career will be successful if at the end of it, regardless of how it turns out, if I felt that I went to the court each day and gave it my best and tried my hardest and did everything possible that I could to be a successful tennis player. If I do that, I don't think I can really have any regrets.