American Jared Donaldson takes his career seriously. He reads books about how he can get better. He consults with experts about the latest trends. He doesn't send others to do his work, either – Donaldson is a hands-on learner.

When you think about all the work he puts into his career, it's incredible that the #NextGenATP American also makes time to practise tennis.

Donaldson, 20, is only at the beginning of his ATP World Tour career. He turned professional three years ago. He's one of the game's top 21-and-under players and is in seventh place in the Emirates ATP Race To Milan, which will determine seven of the eight players who will compete at the inaugural Next Gen ATP Finals, to be held 7-11 November in Milan. The eighth player will be chosen by wild card.

But Donaldson, who benefitted from a flexible home-schooled environment as a kid, has already started on his post-tennis career. The right-hander, along with a business partner and Jared's father, who owned a construction business for two decades, run D&D Realty, a real-estate company that manages student rental properties.

During the past eight years, they've bought 12 fixer uppers in Providence, Rhode Island, where Donaldson grew up. They've had the homes completely gutted and refurbished – new exterior, kitchen, appliances – and they've transformed city blocks and neighbourhoods in the process.

“Seeing the transformation... is really eye-opening,” Donaldson told ATPWorldTour.com. “It's awesome for not only the community but also for someone who has a vested interest in seeing that grow and get better.”

A myriad of ATP World Tour players have invested in businesses or started planning their post-tennis lives while playing on tour. World No. 2 Novak Djokovic has his restaurants in Belgrade and Monte-Carlo. Andy Murray owns a £2 million luxury hotel near his home town of Dunblane and has invested in British tech companies.

But Donaldson's entrepreneurial efforts remain unusual for just how early in his career he's started thinking about life after tennis. Djokovic, Murray and others have made business deals once they've made millions and won multiple “Big Titles”.

Donaldson is still seeking his first ATP World Tour crown. He hit a new career high of No. 71 in the Emirates ATP Rankings on 15 May and totals about $800,000 in career earnings. But don't worry – he's still focused on his day job.

“Talking to people about my tennis game, too, is just as important,” Donaldson said. “Life is all about learning and figuring out what's good for you, and it's the same thing with tennis.”

Truth be told, the #NextGenATP American has been pursuing a variety of interests for most of his life. Jared's father, Courtney Donaldson, remembers when Jared was about 11 years old and wanted to learn more about investing.

So Courtney, who had run G. Donaldson Construction, the company his father, George Donaldson, started, opened a Scottrade account for Jared and placed $3,000 in it.

Jared Donaldson invested conservatively and grew his account to more than $12,000. Then Donaldson did what you could compare in tennis to a tweener approach volley: Great if it works, but if it doesn't, what were you thinking?

He abandoned his buy-and-hold strategy, dove into riskier modes of trading – i.e. derivatives, gold – and saw his account drop to $3,000, his father remembers. “He learned the risky side of investing,” said Courtney Donaldson, who swears he never touched the account.

Either way, his entrepreneurial spirit had been cultivated, and Jared Donaldson was eager to keep learning. Around the same time, he asked to tour what would become his first investment property.

Donaldson, who was in seventh grade at the time, was home-schooled so he could have a flexible schedule to work on tennis and travel to tournaments. The schedule also let him spend less time in the classroom and more time in the real world.

One day, Donaldson talked about checking out some real estate. So he and his mother met with a real-estate agent and toured four foreclosed properties in Providence. Donaldson had never seen anything like what he saw in those homes that day. 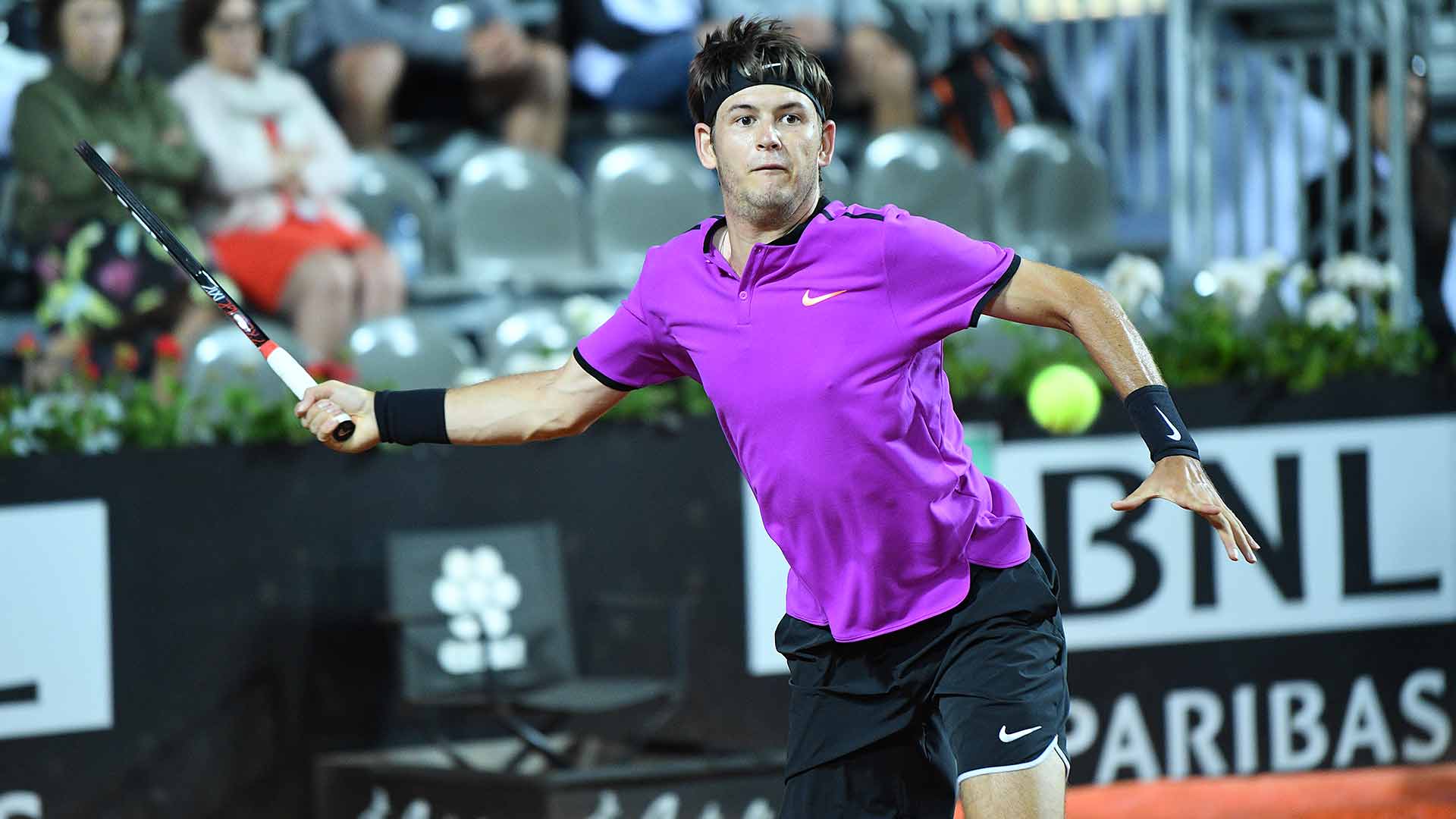 The previous landlord had run into financial trouble and had been unable to maintain the houses. The tenants had revolted. Donaldson gaped at walls covered with paint balls, the handiwork of about 15 disgruntled former tenants and college students.

“The students complained and then finally it got to a boiling point... It was unfortunate for him,” Donaldson said. “We bought them probably three to four months after that.”

The timing was nearly perfect – 2009, 2010 – the height of the Great Recession that saw foreclosure rates climb and home prices fall across the U.S. Working with contractors, the Donaldsons gutted the homes and changed the look and feel of Pembroke and Oakland Avenues. They also turned their son into a budding entrepreneur.

“It really opened my eyes to just the beautiful nature of the private sector. Because if you went down that street in 2009, 2010... the street wasn't all that appealing,” Donaldson said. “But then you had investors come... and the street and the houses look 110 per cent better.

“That just shows the innovation of the private sector. If you give incentive for people to make it look nice and to build it up, that's a winning formula for the neighbourhood.”

Donaldson, despite his full ATP World Tour schedule, is still involved with D&D Realty. (He keeps the ledger.) But, like a good future CEO, he acknowledges that others – his dad and their business partner, Gus DelFarno – do most of the work.

“[Gus] is there every day, making sure that everything's up and running for D&D Realty, so without him, it wouldn't be able to survive,” Jared Donaldson said.

Besides, the timing could be just right for Donaldon's other career – his tennis game – to flourish. His performance on the game's biggest stages has never been better.

Earlier this year, in Miami, he reached the fourth round of an ATP World Tour Masters 1000 tournament for the first time. Last September, at the US Open, Donaldson advanced to the third round of a Grand Slam for the first time as well, upsetting then-No. 14 David Goffin for his maiden Top 20 win.

It's a team any tennis player, tennis fan – or business man – could approve.

You May Also Like: 16 Things To Watch At Roland Garros
More stories like this in:
Premier Partner