Which Teams Might Challenge Mektic/Pavic For Doubles Supremacy In 2022?

ATP Staff
This article contains:
Learn the teams to watch, including Peers and Polasek

Nikola Mektic and Mate Pavic stormed out of the gates in 2021, winning nine tour-level titles by the end of the Tokyo Olympics en route to the year-end No. 1 FedEx ATP Doubles Team Ranking. There are plenty of hungry teams looking to dethrone the Croatian duo in 2022.

One pair to watch is John Peers and Filip Polasek, who began their partnership at the 2021 Citi Open. They have quickly established themselves as one of the toughest teams on Tour.

“To be honest I am so excited to be playing with Peersy. To kick off in Australia with an Aussie guy, it’s almost like a dream come true to have the Aussie fans on our side. I really hope for and am looking forward to a great run there,” Polasek said. “Usually all the best teams in the offseason work hard and they always come up with something new. It’s going to be really interesting and I think the field is very strong.

“I’m super excited [to see] how it goes. The level of doubles is so high, it’s really enjoyable not just to be part of it, but also to watch the other teams and the level that they bring.”

Although Peers and Polasek first competed together in August, they nearly qualified for the Nitto ATP Finals after winning the BNP Paribas Open title and reaching the US Open semi-finals among other deep runs. Polasek played in Turin alongside Ivan Dodig, with whom he won the 2021 Australian Open.

According to Polasek, him and Peers know they must continue to improve in 2022.

“It’s important once the team knows each other very well to always work and add something extra in the offseason. It’s the same in our case. We tried to work hard, we put some notes down on what we’d like to add to our game that could make us an even better team,” Polasek said. “You can always improve, and for me that’s the most important thing to remember… we always need to look forward to get better and better.”

American Rajeev Ram and Briton Joe Salisbury have proved their consistency, qualifying for the season finale together in three straight years and winning a major in each of the past two seasons (2020 Australian Open and 2021 US Open). They made the championship match in Turin this year. Colombians Juan Sebastian Cabal and Robert Farah have been a force for years. 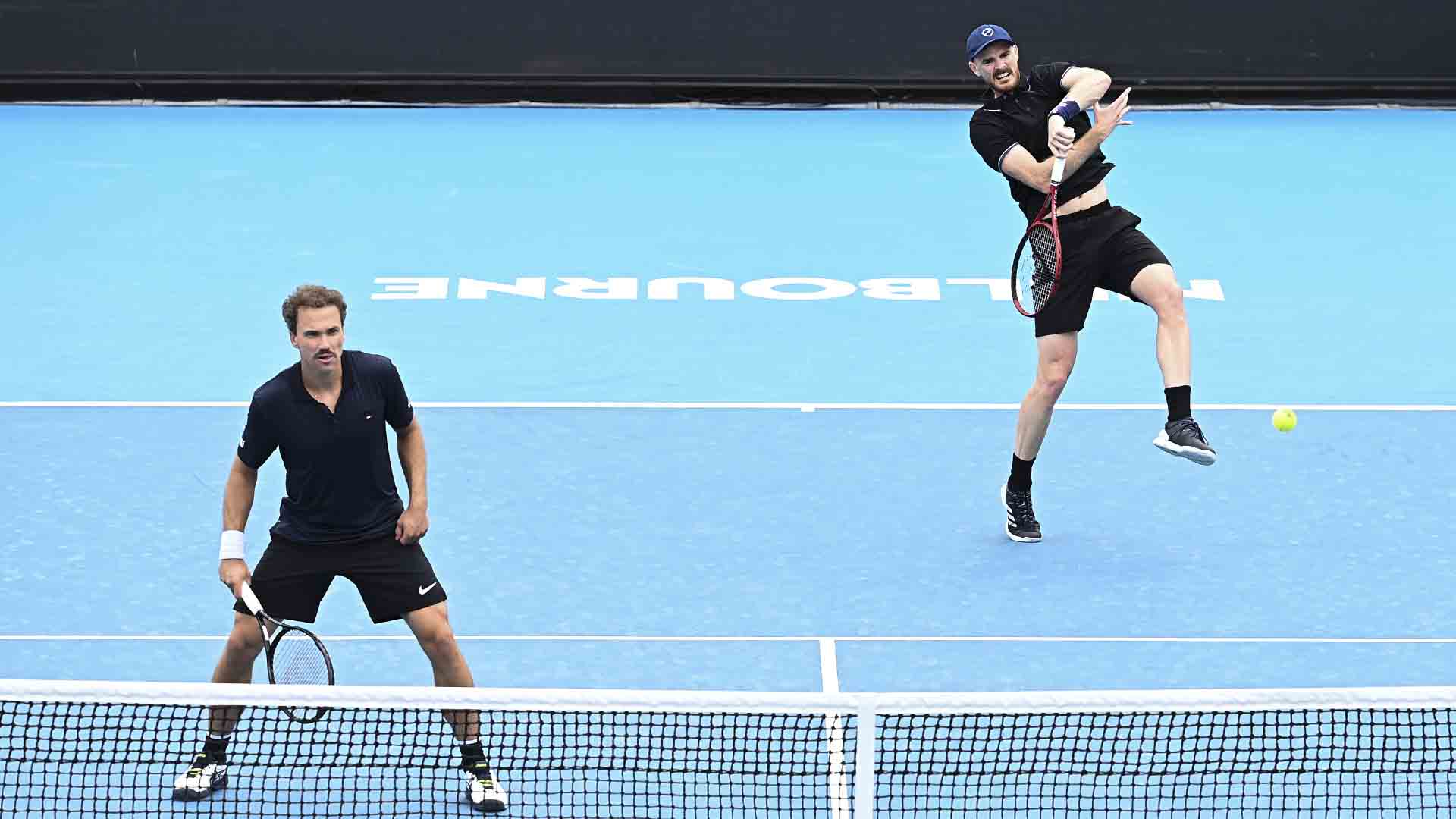 Photo Credit: Peter Staples/ATP Tour
One of the most experienced teams on Tour is Jamie Murray and Bruno Soares, who qualified for the Nitto ATP Finals together for the fourth time in 2021. They overcame a mid-season hurdle when Soares suffered a bout with appendicitis en route to the Tokyo Olympics.

“We had a great start and a great end to the season, but the middle of the season was kind of complicated with results, injuries, my famous problem,” Soares said. “There was a lot of stuff going on, so for us it was really nice to be able to end the season on a high and just keep on playing together. Hoping the off-court stuff doesn’t get in the way in 2022 like it did in 2021 for us.

“We want to stay healthy and to be able to play some good tennis. For us, really looking forward to another season with Jamie. We know how well we can play. Every year, we gain more and more experience, so for us it’s nice to be able to keep on playing together.”

Almost all the top teams will be back together in 2022. Of the 10 teams that competed in Turin or were alternates, eight will be back. Polasek and Ivan Dodig had already split earlier in the year — Dodig is partnering Marcelo Melo — and Horia Tecau retired. Tecau’s 2021 partner, Kevin Krawietz, is reuniting with fellow German Andreas Mies, with whom he won two Roland Garros titles.

“I think it’s awesome to have teams staying together. We all know it’s not simple… But it’s always nice when a season ends and a lot of the teams stay together for next season,” Soares said. “Sometimes all you need is one team to split up and it starts a domino effect, but this year it didn’t happen and it’s quite nice. I think we had a really, really fun doubles season with a lot of good teams playing well.”

One new team to watch is Wesley Koolhof and Neal Skupski. Koolhof won the 2020 Nitto ATP Finals with Nikola Mektic, while Skupski advanced to ATP Masters 1000 finals in Miami and Monte Carlo alongside Daniel Evans.