Novak Djokovic was clutch for Serbia all ATP Cup, but no more so than on the final day of the inaugural tournament as the World No. 2 won two matches and clinched the team title for his country.

Djokovic teamed with countryman Viktor Troicki in a deciding doubles match to beat Pablo Carreno Busta/Feliciano Lopez of Spain 6-3, 6-4, in a match that finished a little after 1 a.m. Monday in Sydney.

Djokovic/Troicki fell behind a break and 1-3 in the first set but, behind a rowdy pro-Serbia crowd, reeled off seven consecutive games and Djokovic served it out, just as he did in singles earlier in the evening. Team Serbia rushed the court, jumping around with Djokovic and Troicki in celebration.

“I'll remember this experience for the rest of my life as definitely one of the nicest moments in my career,” Djokovic said. “I've been very fortunate and blessed to have an amazing career the last 15 years, but playing for the team, playing for the country with some of my best friends for a long long time, you can't match that. That's just too special.”

The World No. 2 continued, elaborating on the support the team has received all tournament, during group play in Brisbane and at the Final Eight in Sydney. A total of 220,319 fans attended the 10-day tournament, and a good percentage of them were supporters of Djokovic and Serbia.

“I've never experienced an atmosphere like this on a tennis court... You carried us to victory and we owe you a big, big thanks,” Djokovic said. “We are part of an individual sport where we play by ourselves. But even when we were playing singles it never felt like it was only you out there. You always have a team in your corner giving you strength and focus. This was the highlight of the competition, along with the support of fans and the flags.” 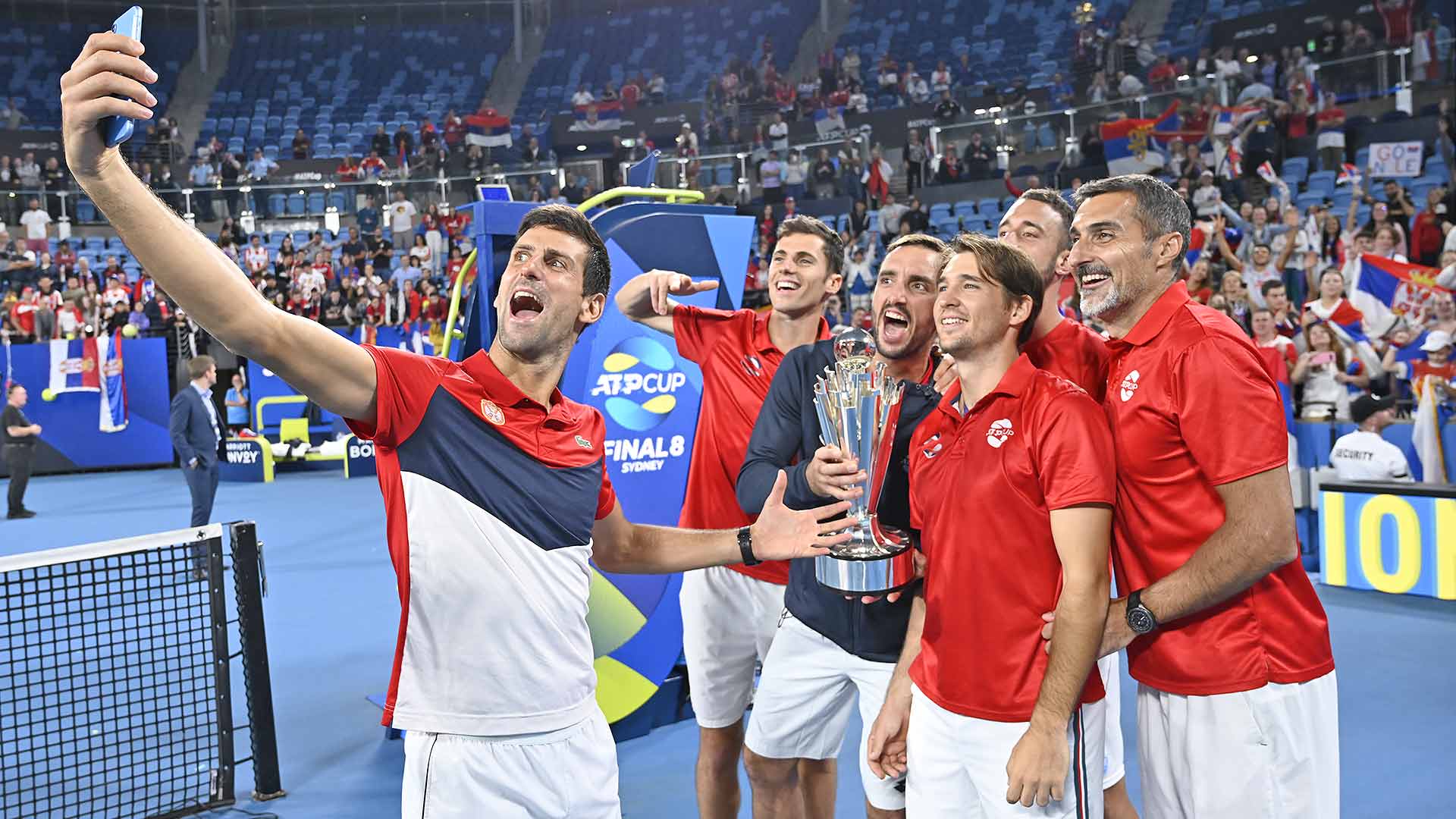 Troicki was similarly emotional about winning the team title with his boyhood friend. As an eight-year-old, Djokovic played his second-ever competitive match against Troicki, a 9-1 loss.

“I want to thank Novak for playing with me again. It was a great experience like always. I remember playing with him since we were nine, 10. To share such a moment on the court with him, I cannot describe it with words. As you said, I'll remember it for the rest of my life,” Troicki said.

Djokovic forced the deciding doubles after beating Rafael Nadal 6-2, 7-6(4). Nadal and Spain opted for the World No. 1 not to play doubles.

You May Also Like: Djokovic Beats Nadal, Forces Deciding Doubles In Sydney

Earlier, Roberto Bautista Agut improved to 6-0 at the ATP Cup and gave Spain a 1-0 lead with a 7-5, 6-1 win against Serbia's Dusan Lajovic.