Draper On Djokovic Showdown: 'What An Opportunity'

ATP Staff
This article contains:
The teen is excited for the match after breaking through at The Queen's Club

Great Britain’s Jack Draper was at Aorangi Park getting ready to practise on Friday when he found out whom he will play in the first round of Wimbledon: World No. 1 Novak Djokovic.

“What an opportunity for me, to play against the best player in the world right now,” Draper said. “I am definitely going to relish the opportunity and I am really looking forward to it.”

Draper’s earliest memory of Wimbledon came in 2013, when he was 11. The Briton watched Andy Murray triumph at The Championships for the first time with a victory against Djokovic in the final.

“I was in Glasgow, and I got a flight and managed to watch him on Centre Court that day,” Draper said. “What he has done for British tennis and all the kids, he has really inspired me, to give me the confidence that I could do this one day.”

You May Also Like: Preview: Can Murray Make Winning Return At Wimbledon?

Now, the 19-year-old has a chance to face five-time champion Djokovic, who is looking to make a good start to his pursuit of a record-tying 20th Grand Slam title.

The World No. 253 said he planned to speak to countrymen Daniel Evans and Andy Murray for advice. As far as handling the pressure of the moment — competing on Centre Court in his first main draw at The Championships — Draper is not concerned.

“When it comes to that stuff, I am pretty good at that,” Draper said. “I like the occasion. I like trying to do my best to play my best tennis in front of a lot of people. That is why I play, to compete against the best players at the best tournaments.”

Draper has practised plenty with Evans and Murray, so he is not new to feeling the ball off the racquet of one of the world’s best players. But practising with top players and playing a match against them are different tests. 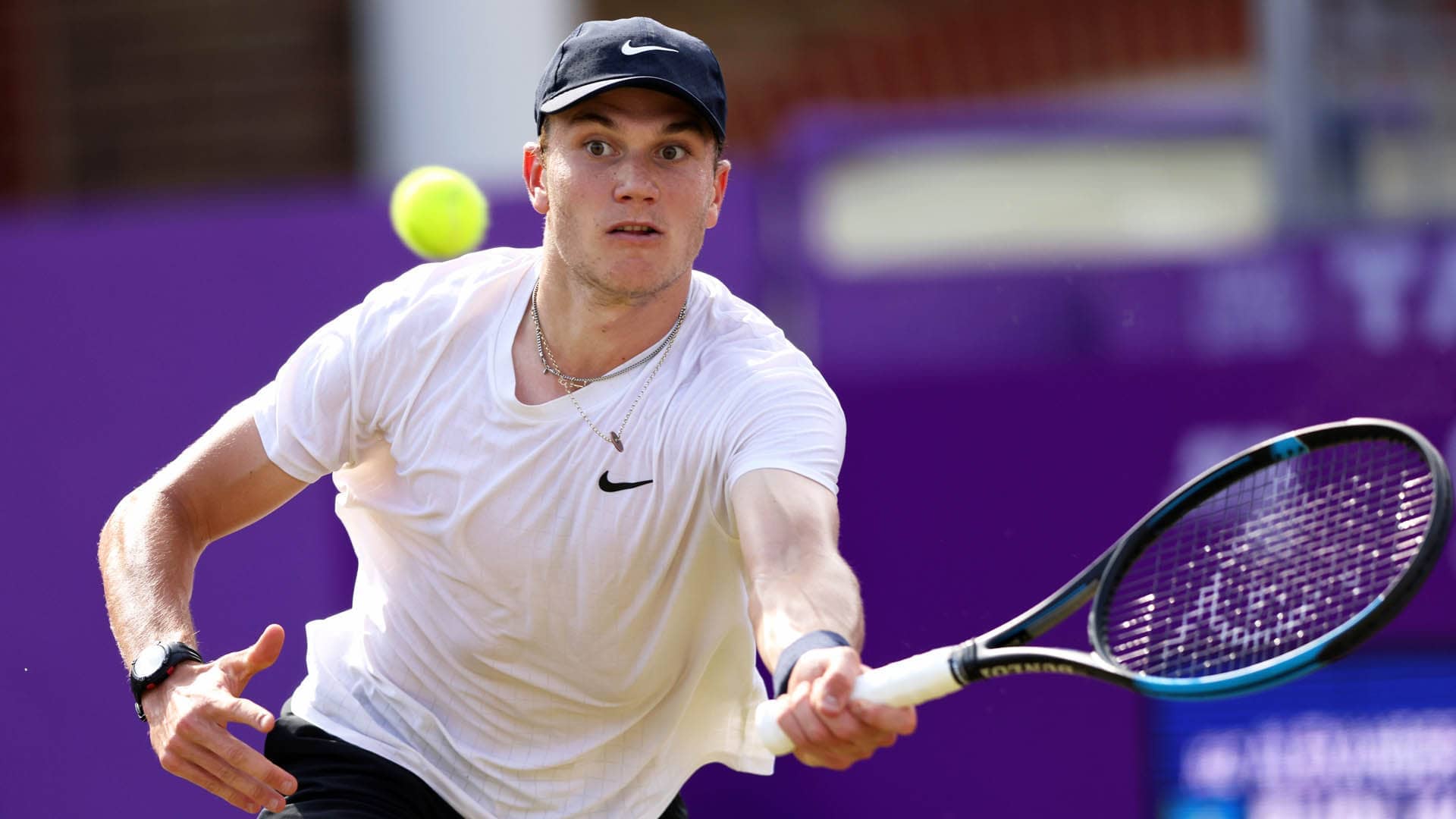 Photo Credit: Paul Harding/Getty Images for LTA
The teen gained plenty of confidence earlier this month at the Cinch Championships, where he beat both 2019 Next Gen ATP Finals champion Jannik Sinner and Kazakhstan’s Alexander Bublik in straight sets before losing to British lefty Cameron Norrie.

“I think it was something I needed to show to myself that I could go and win those types of matches against the world’s best, and I think I proved to myself and other people that I have a lot of capability,” Draper said. “I can use that confidence and belief to step on court with the world’s best and really compete hard against them.”

The All England Club is not unfamiliar territory for the lefty, who made the boys’ singles final here in 2018. However, it took until his success at The Queen’s Club to claim his first tour-level wins.

“I think in that time I have had a few injuries, but I think the main thing is how much I am improving, and I think last week I showed how much I have improved,” Draper said. “I will look to take those things forward with me and in the near future I think I can really push on up the rankings.”

Draper admitted that he feels some nerves, but that the sense of excitement is much bigger. It will take a massive effort for the home favourite to stun Djokovic, who has won the season’s first two Grand Slams. But the 19-year-old is keen to give it his best shot.

“The excitement to be on court with the best player in the world, it is a massive opportunity for me, and I look to take advantage of it,” Draper said. “To be on Wimbledon Centre Court, opening The Championships with him is something that is amazing.”