James Duckworth loves spending time on the beach when is in Australia.

Duckworth: Team Australia Will 'Fight Until The End'

James Duckworth enjoyed the best season of his career in 2021, advancing to his first ATP Tour final in Nur-Sultan and reaching a career-high of No. 47 in the ATP Rankings in November.

That effort helped Duckworth earn a spot on Australia’s ATP Cup team for the first time. The 29-year-old is scheduled to make his event debut for his country on Tuesday evening in the No. 2 singles match against Russian Roman Safiullin.

Ahead of that clash, Duckworth spoke to ATPTour.com about how much he enjoys the ATP Cup’s team atmosphere, spending time as a junior in Sydney, looking up to Captain Lleyton Hewitt and Patrick Rafter, and more.

If you could take one shot from any member of your team and add it to your game what would it be?
I would love to have Demon’s speed. He’s one of the quickest guys on Tour. I’d love to have that speed. It just makes it so much harder for the opponent to hit a winner. It makes it feel like the court is smaller because he’s just able to cover so much distance. It builds pressure. 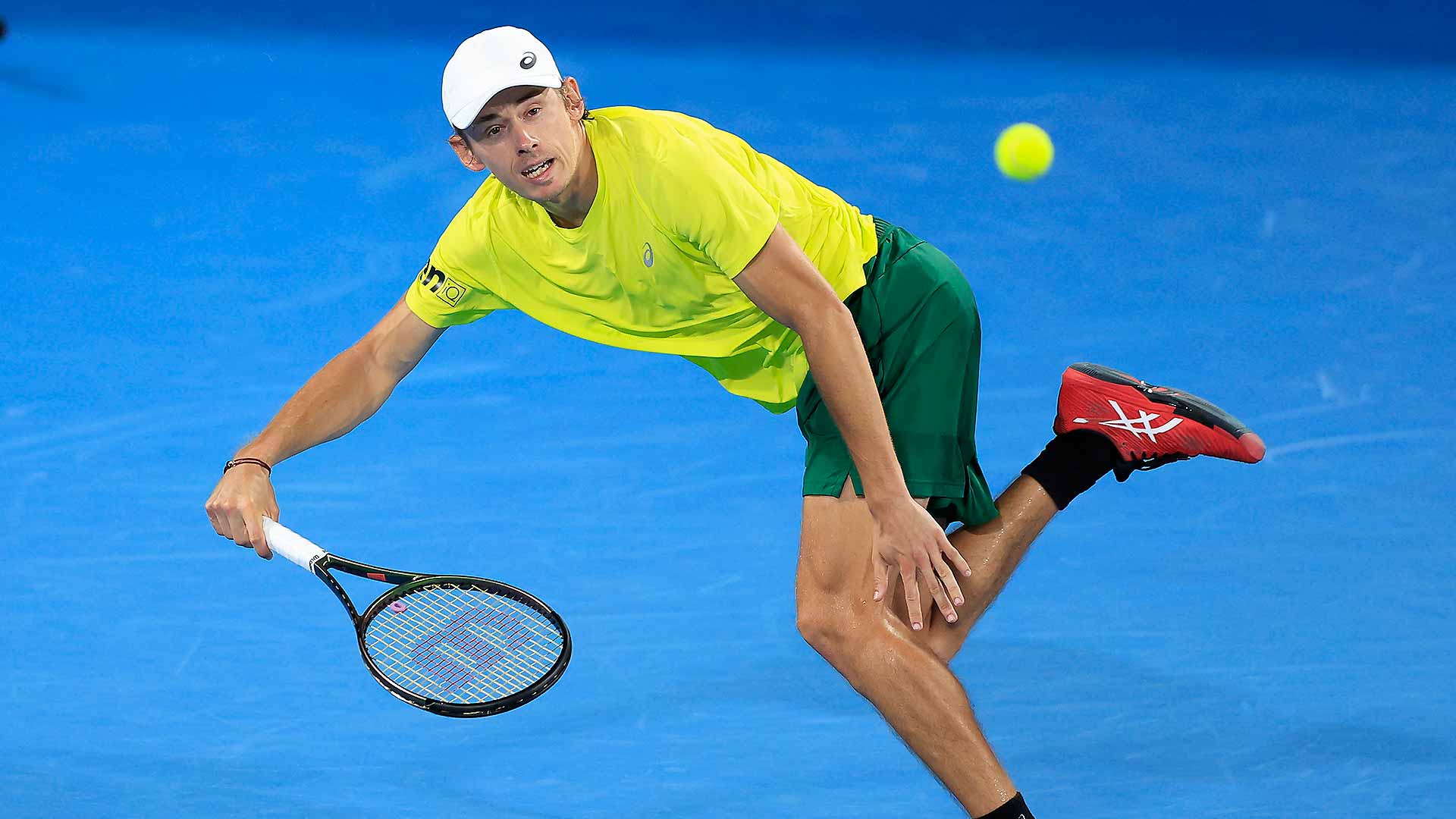 Who on the team would most likely be late for practice or a team dinner?
I reckon they’re all pretty good! I can’t really see anybody being late. I couldn’t give an answer for that one.

How would you describe each team member’s personality briefly?
I feel like as a group we’re pretty laid back, chilled out, but once we get on the court, we compete pretty hard, and all fight until the end and play with our hearts on our sleeves. As a collective, that’s how the group sort of is.

Is it more special to do that at home?
Definitely. Demon and I have grown up here in Sydney, practised at Homebush for many years, so it will be cool to have friends and family out to support as well. Playing for the green and gold is always a special occasion.

What are some of your memories of Homebush as a kid?
I remember coming out here as a 12-year-old, I started off in what’s called the Milo Squad on a Friday afternoon. Once a week we’d come out and gradually it was extended to three or four times a week. We had a good bunch of guys growing up, all pushing each other in practice.

[I have] a lot of fond memories of having lots of good practices. I remember quite a few times having to run around the stadium as part of our fitness, so it was good growing up here and developing my tennis game.

And now how does it feel to play such a big event on that same court?
Looking forward to it! I’ve obviously played on Ken Rosewall Arena before, but not in the ATP Cup format, or Davis Cup, so I haven’t represented my country. I’m really excited and really looking forward to it.

Which Australian player did you look up to and why?
When I was younger, I watched a lot of Lleyton [Hewitt] and Pat [Rafter]. I was looking through some photos at Christmas… I went and watched when they played at Qudos Bank Arena in 2001 at the [Nitto ATP] Finals. Lleyton beat Pat to be World No. 1 that year, so that was a cool match that I was at with my brother. We’ve got some signs that we held up watching that match, so that was really cool.

Probably just those two, just following them through, watching them throughout their careers, watching them win Grand Slams. I was super pumped when Lleyton won his first one at the US Open and I was really shattered when Pat lost in the final to Goran at Wimbledon [in 2001]. And then the Davis Cup ties — I was shattered when they lost that final to France in 2001, but it was awesome when they then got the win a couple of years later against Spain.

Obviously you’ve spent a lot of time with Lleyton for years already, but does it ever get old being around him?
No, he’s obviously one of the best players we’ve ever had from Australia, and obviously one of the best tennis players that’s ever lived. There are not many guys that can say they’ve won Grand Slams and been World No. 1, so I’m always learning off him and he’s just got so much experience, knows the game so well, and it’s always great to bounce ideas and feed off him.

What are three things you love about Australia?


The beaches. Now I live in Queensland – I’ve been in Brisbane for the past six or seven years – I’m venturing up to Noosa quite a lot, so I really like it up there, up at the Sunshine Coast. But I’ve spent a lot of time at Avoca Beach on the central coast here, and my dad now has a place at Manly, so I’ve spent a little bit of time there.

You can find great beaches anywhere in Australia, but the one I’d go to now more often than not is Noosa. Also, [I love] the coffee and the weather [in Australia].

What is your favourite place to visit in Australia?
I just love chilling out at home. Obviously, we’re spending so much time on the road, especially with Covid with the two-week quarantine. I’ve got a nice house in Brisbane, so I’m always just pumped to be back there for a month.

What is your favourite part about being with the team?
Obviously it’s an individual sport, so as a tennis player you’re not in that team environment very often. To have the guys on the bench, to have the common goal between all of you and just have that camaraderie and banter amongst all the boys is really good fun, and we all sort of feed off each other. I think we push each other as well, to strive to get better and to get success.

Have you watched the ATP Cup previously?
Yeah, in particular in 2020, especially that quarter-final match when we beat Great Britain. It was an unbelievable singles match. I know Demon lost to Dan Evans, but that was such a great spectacle. And then for them to come out and win that epic doubles in the [Match] Tie-break, 18/16, was crazy. The atmosphere was a joke, so that was a really cool memory.