How Evans Stunned Djokovic In Monte-Carlo

ATP Staff
This article contains:
Learn how the British No. 1 used his backhand slice against Djokovic

The slice is not often thought of as a weapon. But for Daniel Evans on Thursday, it was exactly that as the British No. 1 "dismantled" World No. 1 Novak Djokovic at the Rolex Monte-Carlo Masters.

Entering the week, Evans had not won a tour-level match on clay in nearly four years. But against Djokovic, the World No. 33 leaned on his “old reliable” — his backhand slice — to claim the biggest win of his career.

“He's very unpredictable with his shots,” Djokovic said. “He dismantled my game.”

You May Also Like: Evans Upsets Djokovic In Monte Carlo

Evans’ backhand slice isn’t a typical “weapon” like Rafael Nadal’s forehand. The Briton uses the shot to let his opponents beat themselves.

"I had a fair idea that he wouldn't be that comfortable with it. I thought he struggled to generate much pace off my slice. I was using that more and more in the match because I didn't feel he was hurting me off it," Evans said. "I actually thought I could get on offence from that. That's how the match went, I think. If you look at it, I sliced well, ran around and hit good forehands, put him under quite a bit of pressure."

Evans only hit 20 winners to Djokovic’s 24 on Court Rainier III in the Principality. But the top seed was admittedly off his game, and the 30-year-old used his wide array of skills — especially his backhand slice — to keep Djokovic from changing that. 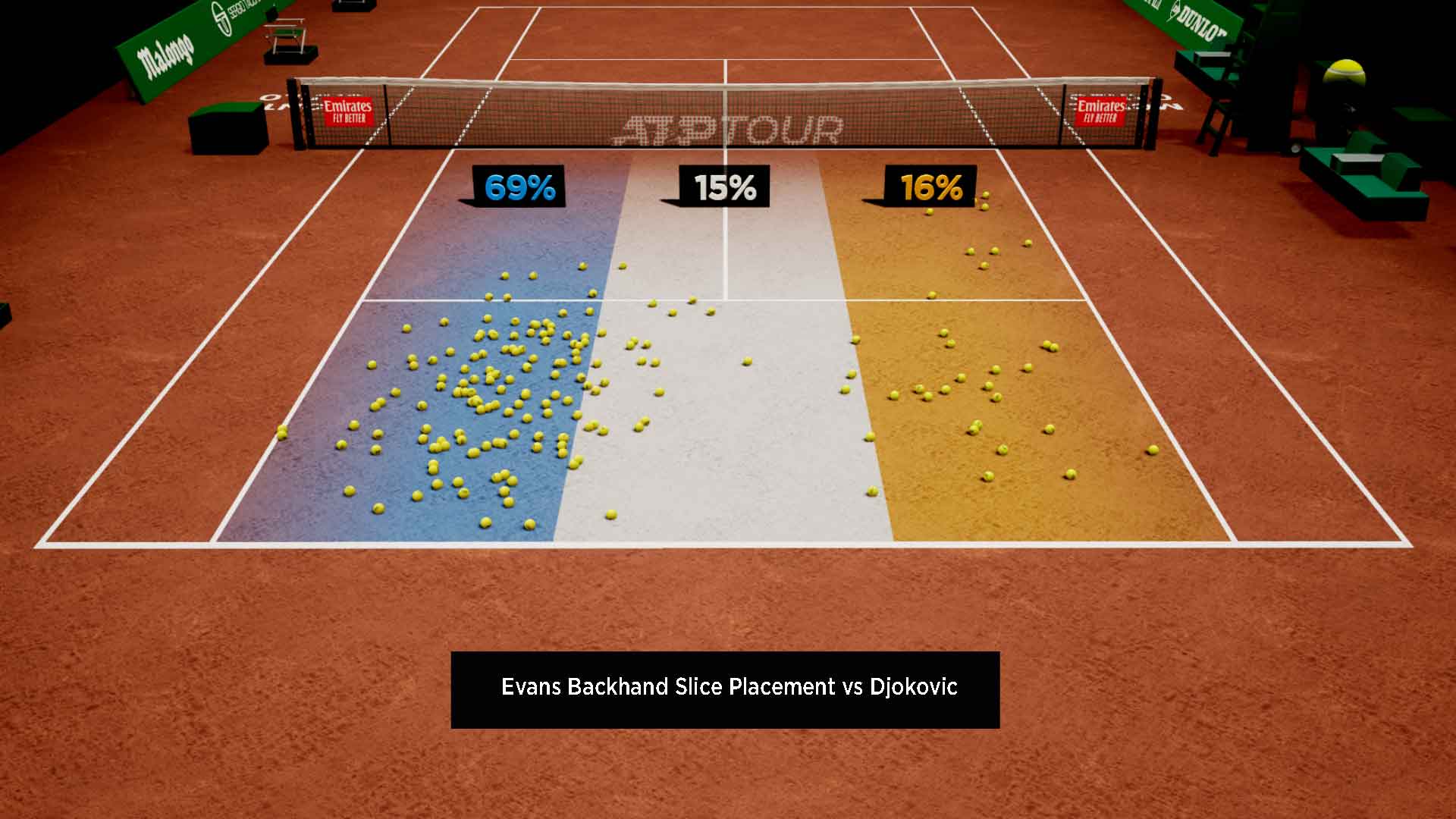 The 36-time ATP Masters 1000 champion has one of the best backhands in tennis history, yet Evans was unafraid of peppering that shot with his backhand slice on Thursday. The quarter-finalist hit 69 per cent of his backhand slices into Djokovic’s backhand third of the court, and another 15 per cent down the middle, with a majority of those shots aimed at the Serbian’s backhand.

“He has a lot of variety in his game. He uses [his] slice so efficiently. He's quick around the court,” Djokovic said. “He's got a really all-around game. [He is a] really a nice player to watch, not a great player to play against. Lots of talent.”

Djokovic’s average backhand speed was 108 kph in the match, and Evans’ was just 91 kph. But the goal wasn’t to overpower the Serbian; it was to allow him to short circuit. If Djokovic ran around his backhand, he’d leave the entire forehand side of the court open. When Djokovic does that, it’s important that he seizes control of the point with his run-around forehand, something that was difficult to accomplish against Evans’ low-bouncing slice.

If you look at both players' backhand hit points from their third-round encounter — Djokovic hit 38 per cent of his backhands from inside the baseline compared to 12 per cent from Evans — you would think the Serbian was in control. That was not the case. 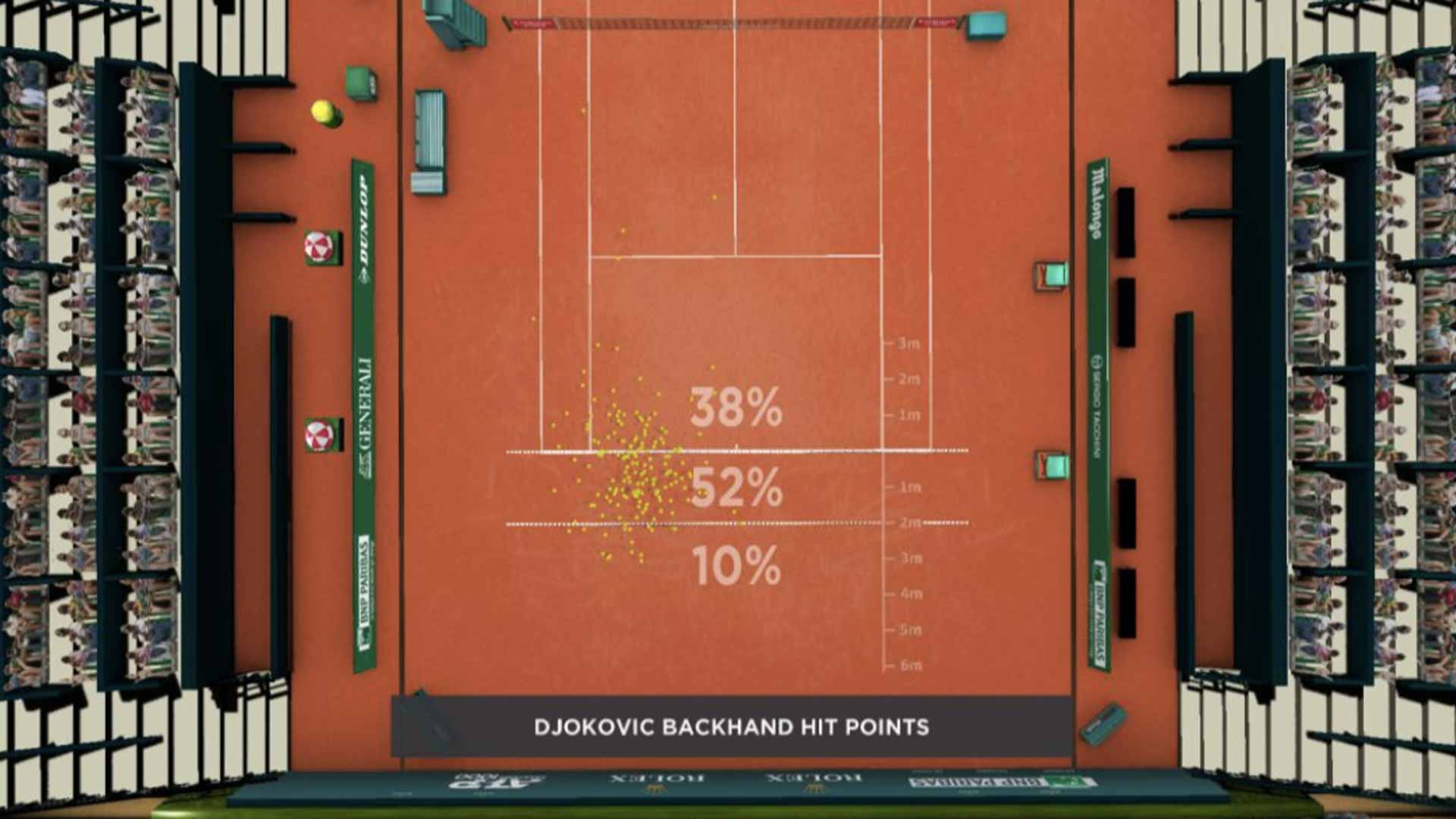 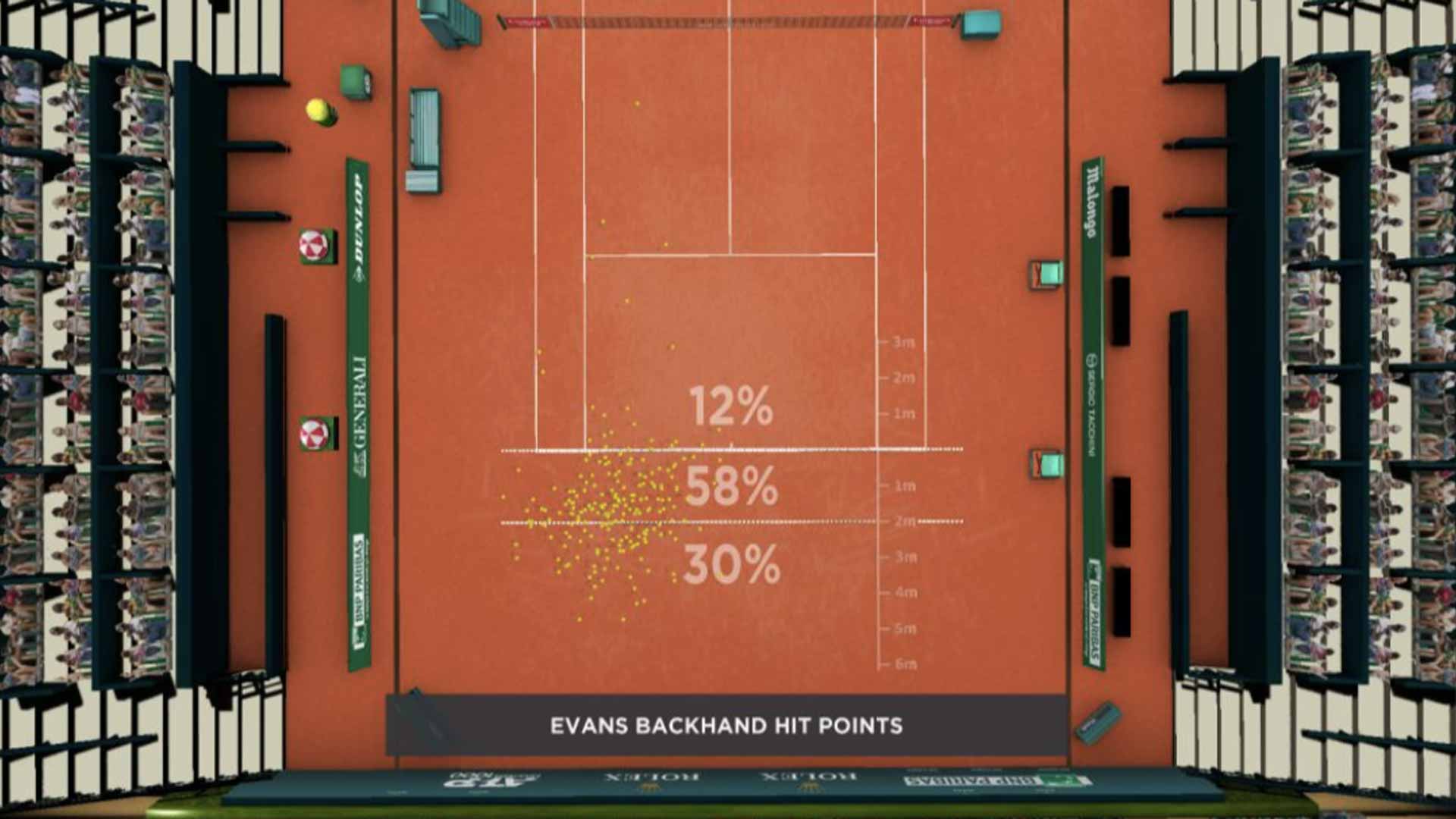 Overall, 51 per cent of Evans’ rally shots were slices compared to nine per cent for the World No. 1, and both men made 32 unforced errors during rallies in the match. In the key moments, however, it was Djokovic making the mistakes.

Case in point came at 5-5 in the second set, when Evans earned the decisive service break. The unseeded player didn’t do anything special to take the game from Djokovic. Instead, he allowed the Serbian to break himself.

All nine backhands Evans hit in the game were slices, with eight of them landing past the service line. The one that did not was a drop shot, which cost the Briton the point. Evans did not hit one winner in the game; Djokovic made four unforced errors (including a double fault).

Evans’ backhand slice is not a weapon that impresses the eye, but it’s critical nonetheless, and it helped him reach his first Masters 1000 quarter-final, in which he will play Belgian David Goffin on Friday.