ATP Staff
This article contains:
There will be a first-time ATP Tour titlist in Delray Beach

There will be a first-time ATP Tour champion on Sunday, as Evans will face Moldovan Radu Albot, who will compete in his first final at this level. World No. 148 Evans is into just his second tour-level championship match after finishing runner-up at the 2017 Sydney International (l. to Muller).

Isner appeared in good position with a 6-3, 2-2 lead, attempting to reach his first Delray Beach championship in his fourth semi-final at the event. Until that point, Isner had not been broken in 77 service games, with his most recent loss of serve coming in the fourth set of his opening-round defeat at the Australian Open against Reilly Opelka.

"I started to see his serve pretty well. I wouldn't say I was guessing, but I was sort of anticipating and I got it right," Evans said. "Other days I could be looking stupid going one way and he puts it the other way."

But Evans broke Isner three times in a row to completely change the momentum. The Brit used his one-handed backhand well once they got into rallies, keeping Isner's offence at bay, especially with his backhand slice. Isner made just 60 per cent of his first serves in the second set, allowing Evans to work his way into more rallies and put pressure on Isner to finish points, leading to errors from the baseline.

You May Also Like: The Last Time... With Daniel Evans

"I returned really well when I got my racquet on the ball, and that was my goal," Evans said. "Just to get the ball back and get the running shoes on."

Evans has now won six matches in the tournament after coming through qualifying. In the first round of the main draw, he trailed defending champion Frances Tiafoe 1-4 in the third set of their first-round match, and had also come within two points of defeat in the second set. This was his third victory against an opponent inside the Top 10 of the ATP Rankings, also defeating Dominic Thiem (Sydney) and Marin Cilic (Australian Open) in January 2017.

"It's tennis. You get through those matches, you get another chance the next day, and I don't know about fate, but funny things do happen when you scrape through the first round," Evans said. "I'm playing good, so hopefully tomorrow I win."

Evans' opponent in the final, Albot, defeated home favourite Mackenzie McDonald 3-6, 6-0, 6-0 in one hour and 30 minutes.

The Moldovan had reached two previous ATP Tour semi-finals, in Metz last September and in Montpellier earlier this month. But on each of those occasions, Albot won just four games. It appeared McDonald was in control after the first set, appearing to have too much firepower from the baseline for the 29-year-old.

But McDonald started to make errors off the forehand wing, and Albot took full advantage, putting an increasing amount of pressure on the American by making almost no mistakes during rallies and successfully counter-punching. Albot won 72 per cent of his return points in the final two sets. 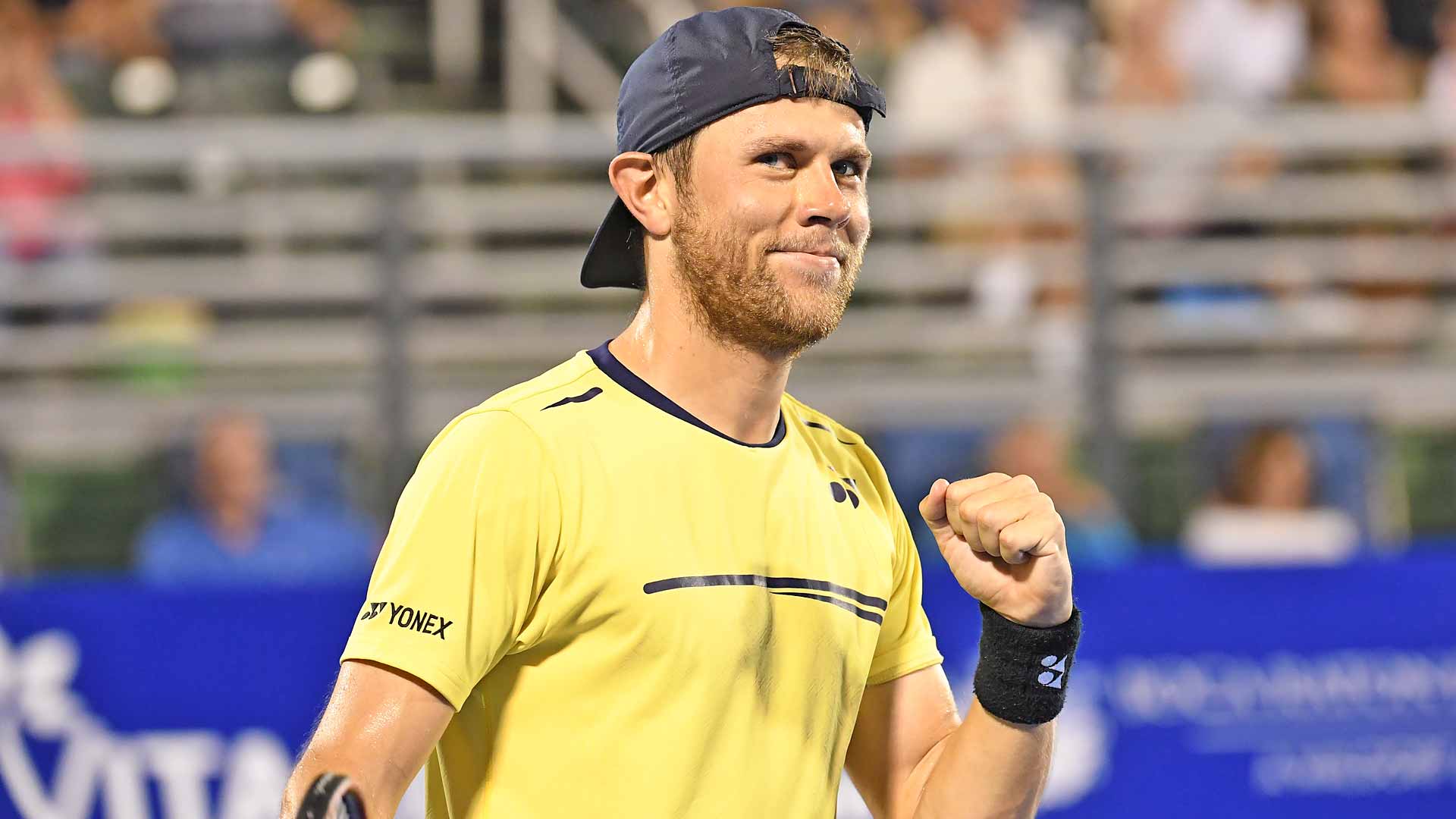 If Albot defeats Evans, he will become the first Moldovan to win an ATP Tour title, and move to the fringe of the Top 50 in the ATP Rankings. The only other Moldovan to reach the Top 200 since records have been kept is Roman Borvanov, whose career-high was No. 200 (in 2011).

"Tomorrow is a different day, different match," Albot said. "I think I need to relax a little bit, enjoy the moment and I will think about [the final] a little bit later."