The lawns are alive on the ATP Challenger Tour. For the first time in two years, grass-court tennis is back on the circuit. This week, the Viking Open Nottingham welcomes a stacked field that includes World No. 27 Daniel Evans, second seed Frances Tiafoe and former Wimbledon finalist Kevin Anderson.

With freshly-painted lines and the smell of crisp blades of grass filling the air, the manicured lawns of the Nottingham Tennis Centre greet players and fans this week. High-octane tennis returns to the British metropolis for a 14th year, as the venue hosts back-to-back Challenger 125 events. 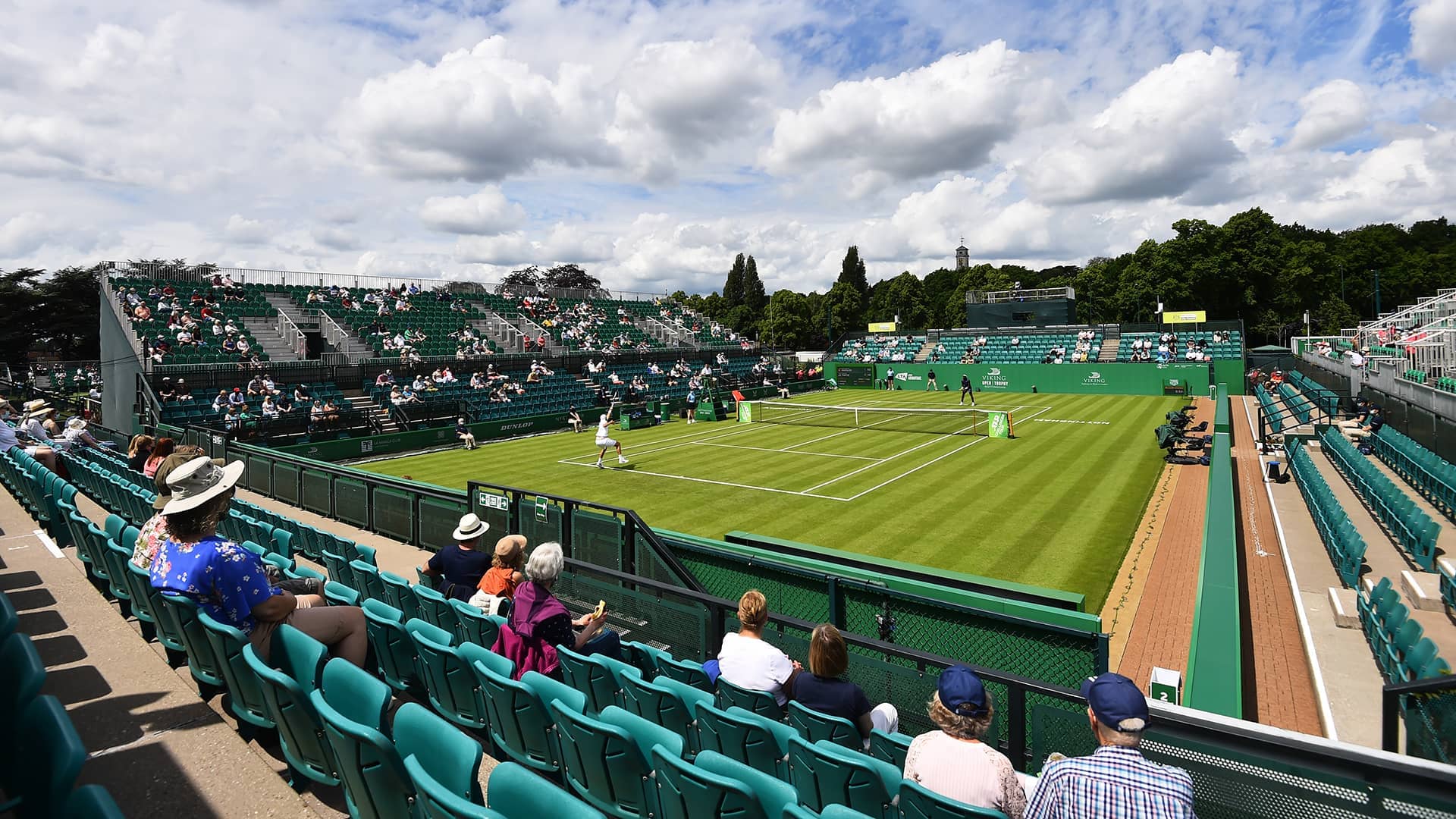 The fabled home of Robin Hood hosts one of the more prestigious tournaments of the year, with Alex de Minaur lifting his maiden Challenger trophy in 2018 and Evans continuing his march to the Top 30 with a title in 2019. Following the tournament's cancellation a year ago, due to the COVID-19 pandemic, the British No. 1 returns to Nottingham as the defending champion.

"I’m really happy to back in Nottingham," said Evans, following a first-round victory over Thanasi Kokkinakis. "It’s an amazing court and it’s great to be here again."

"Thanasi is a great player and it was positive to play someone so good so early in the tournament. I was enjoying it out there."

Evans is joined by countrymen Liam Broady, Jay Clarke and Ryan Peniston in the field, in addition to Tiafoe, Anderson and #NextGenATP star Brandon Nakashima. Italian veteran Andreas Seppi, seeded third, is the only player in the draw with an ATP Tour grass-court title (Eastbourne 2011).

It is a manic month of June on the ATP Challenger Tour, with prestigious clay-court stops in Aix-en-Provence, Lyon and Prostejov also on the calendar. This week's Open Sopra Steria in Lyon features Pablo Cuevas as its top seed. The tournament was the site of World No. 21 Felix Auger-Aliassime's maiden Challenger conquest in 2017.

Next week, the Czech Open in Prostejov is back for a 28th edition, while the Challenger 125 event in Aix-en-Provence, France, returns for an eighth straight year. At the Nottingham Trophy, former World No. 7 Richard Gasquet headlines the field, alongside Yoshihito Nishioka, Steve Johnson and Emil Ruusuvuori. Anderson and Seppi are also back in action.

Hard-court events in Orlando, USA and Porto, Portugal are also on the June slate, as well as back-to-back clay-court stops in Almaty, Kazakhstan and Italian events in Forli and Milan. Hope hope Norbert Gombos headines the field in Bratislava, along with #NextGenATP star Juan Manuel Cerundolo.