Roger Federer celebrates his 10th Basel title with a pizza party held in recognition of the tournament's ball boys and ball girls.

Why Pizza & Tears Remain A Constant For Federer In Basel

Roger Federer won his 103rd tour-level title on Sunday at the Swiss Indoors Basel. But for the 38-year-old, lifting trophies never gets old.

Tears filled the 10-time Basel champion's eyes as he spoke to the crowd during the trophy ceremony.

“You saw it hit me again hard winning here in Basel. I don’t take these tournament victories as a normal thing. I take them as something quite unique and special, even though it’s been a lot by now,” Federer said. “Every one has a different flavour and I try to enjoy them as much as I can in the moment.”

You May Also Like: Federer Wins 10th Basel Title

It’s especially emotional for Federer at home. His two years spent as a ball boy in Basel more than two decades ago have been well-documented, and the Swiss awards all the ball boys and ball girls medals and orders them pizza to celebrate their efforts. So even though it was the 10th time Federer has triumphed here, the tears were no surprise.

“I think it might be partially reminiscing back at everything that went on this week. Definitely the family, the thought of the team aspect, the family aspect, everything that goes into me still being able to do it today. People think I just go out there and just do it and have these types of weeks or these types of matches at will,” Federer said. “But there’s so much more that goes into it, let alone managing four children, [which] is a challenge, but a good one.

"Obviously when I stand there and look back at everything that I had to go through, it really touches me. Along with just the music and the thought of all the ball kids running in already gets me going.” 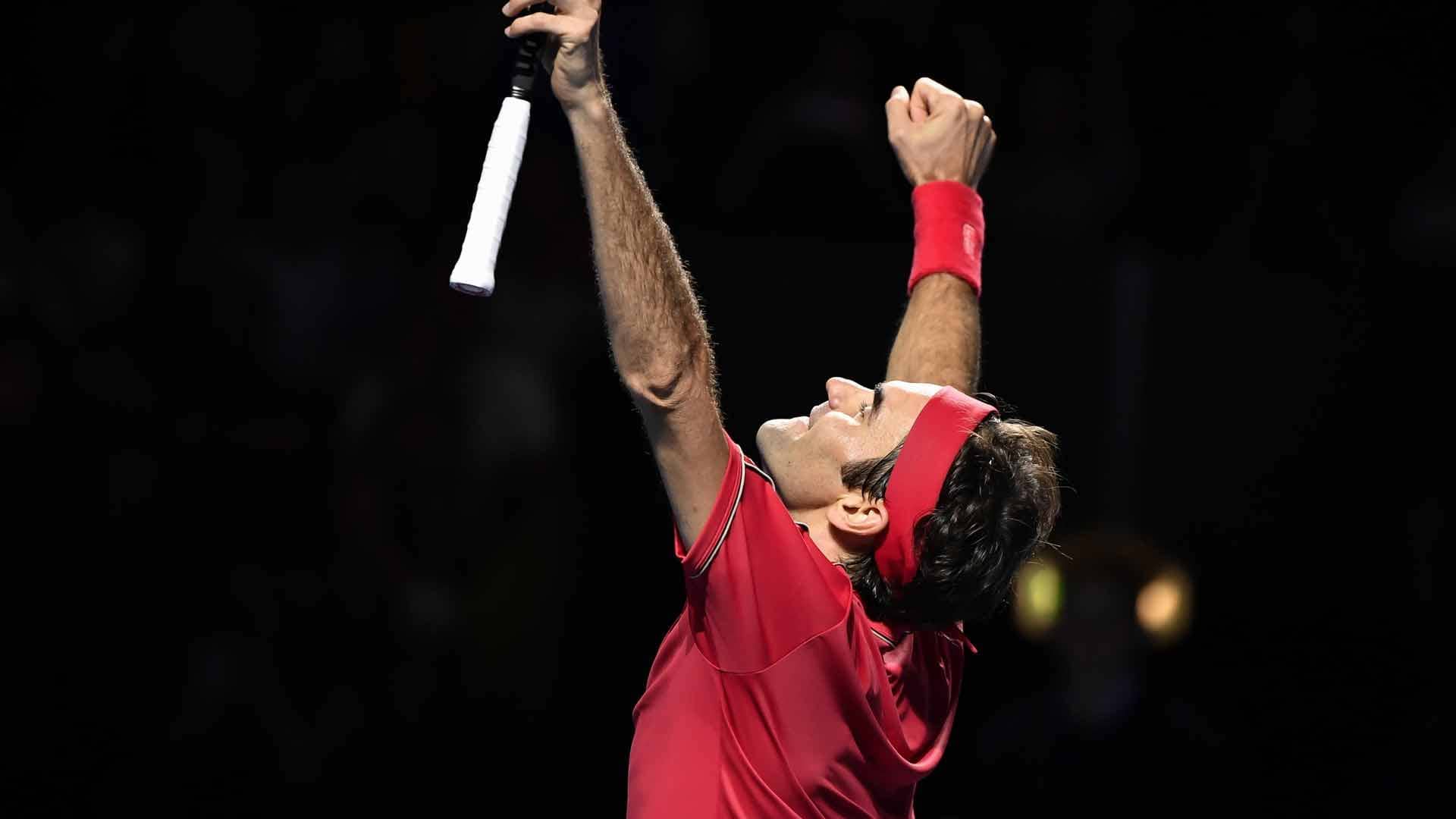 Federer has lifted plenty of trophies from the moment he picked up a tennis racquet as a kid. But that boy who once dreamt of being "one of the big guys" is now just six titles from Jimmy Connors' all-time mark of 109 tour-level titles.

“Back in the day when you lifted a trophy as a junior you’re like, ‘Ahh, let’s just pretend to be one of the big guys.’ But you clearly know you’re not. Now when you’re able to do it in a stadium with people chanting your name or celebrating you or your tennis, it’s a wonderful feeling,” Federer said. “There you probably have a couple of parents around and one photographer who happened to be there at the time. So clearly things have changed. Luckily there were some photographers at the time, because it was more of a luxury to have a camera at the time. It’s been an incredible journey. It’s definitely very different today.”

This is the second tournament at which Federer has won 10 titles, having accomplished the feat in Halle earlier this year. So even though his championship victory against Alex de Minaur was fairly straightforward, resulting in a 6-2, 6-2 scoreline, that didn’t make the moment he clinched the title any less special.

“You don’t get a chance to win 10 titles at the same event many times in your career ever, so I couldn’t be more happy that it also happened here in Basel, in Halle also,” Federer said. “It’s been a great week, a wonderful time. The fans were unreal again, like so many other years. I played great tennis and was able to pull it all the way through until the very end.” 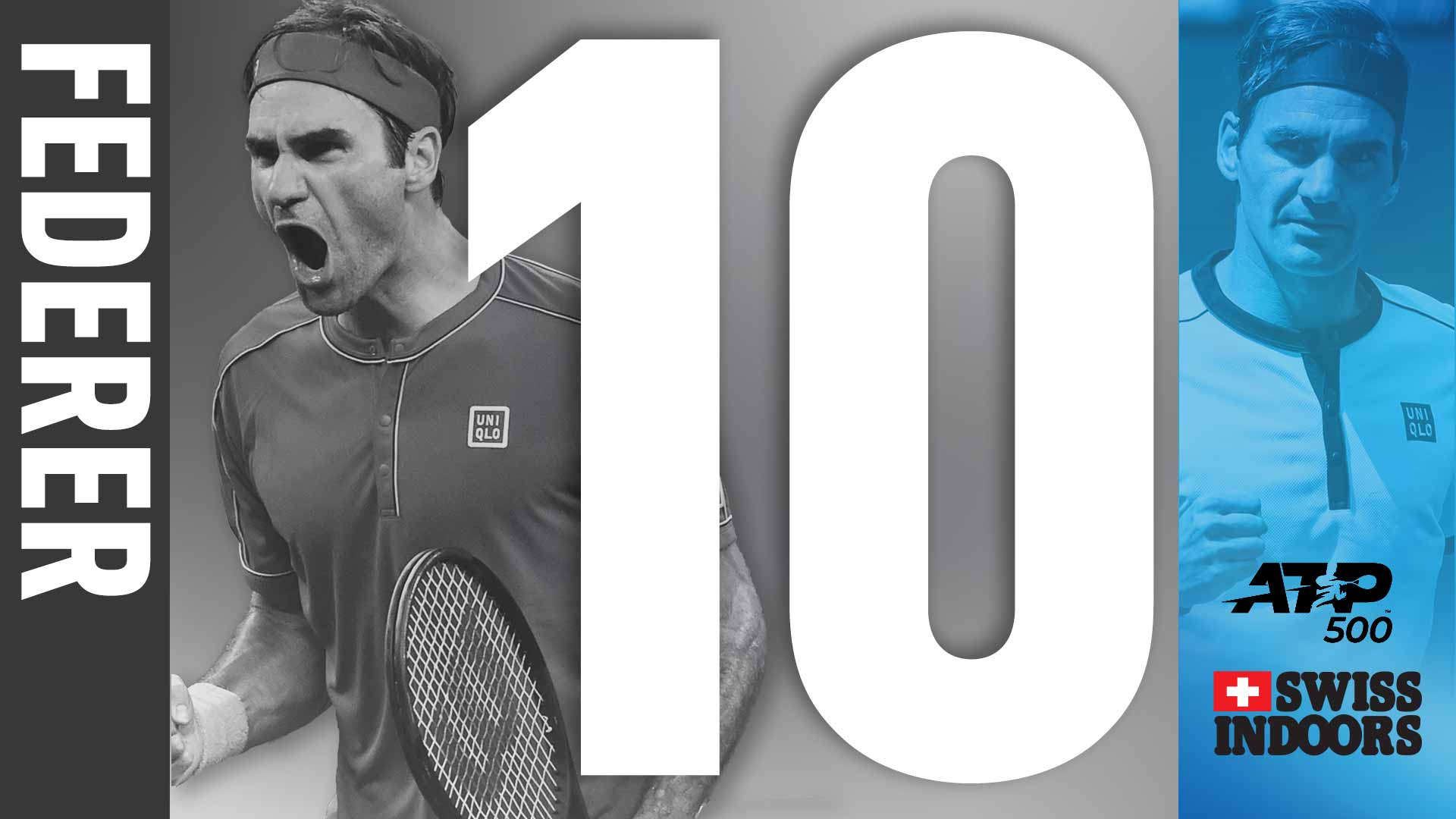 Federer did not drop a set en route to his fourth title of the season. He dropped just 18 games in four matches.

“I started off very strong and very well this week. I was able to really keep a very solid level and sometimes even a fantastic level,” Federer said. “[It was] never really in doubt. If only it was always like that, but it’s not. So I take this week as a good one for sure.”