ATP Staff
This article contains:
Federer will face Wawrinka in the third round

In his first match since claiming his 100th tour-level title in Dubai, fourth seed Roger Federer defeated German Peter Gojowczyk 6-1, 7-5 on Sunday to reach the third round of the BNP Paribas Open.

"For the first round I actually felt really good. If I maybe would have served a little bit better, I think things would have gone faster," Federer said. "But at the end it was a tough second set, and it's maybe exactly what I needed."

Federer has now advanced to the third round or better at Indian Wells in 10 straight appearances, and he is trying to make his fifth consecutive final at the ATP Masters 1000 event (he did not play in 2016). There will be a rematch of the 2017 final in the third round, as Federer will face Stan Wawrinka next.

Federer is chasing a record sixth title at the BNP Paribas Open. The 37-year-old Swiss and World No. 1 Novak Djokovic both have captured five trophies in the desert.

It appeared Federer would face little difficulty against Gojowczyk, using his backhand slice to effectively keep the German from gaining any rhythm. But the World No. 85 saved four break points in the first service game of the second set, and used the momentum from that to eventually break for a 3-1 lead. While Federer immediately broke back, he had to battle an inspired Gojowczyk for the rest of the set, eventually benefitting an untimely double fault to break before serving out the match after one hour and 17 minutes.

"I think I played well in the first set and he didn't, and then things go very quickly. The second set I think he saved some crucial break points with good serving. I think his serve really picked up," Federer said. "I'm really happy I found a way in that second set."

Federer did well to create opportunities against Gojowczyk, earning 14 break points and converting four of them. The Swiss also played well under pressure, staving off six of the German's seven chances.

Federer's 63 wins at Indian Wells are the most he has earned at any Masters 1000 event. The recent Dubai Duty Free Tennis Championships winner is now 9-1 on the season, with his only loss coming against reigning Next Gen ATP Finals champion Stefanos Tsitsipas in the fourth round of the Australian Open.

Go Behind The Scenes With Federer During His Media Day:

Incredibly there were 48 break points in the match, with Wawrinka breaking serve six times and Fucsovics earning four breaks. Swiss star Wawrinka faced 12 break points in the decider alone, including four at 6-5, when he was attempting to serve out the match. On the last of those opportunities, the former World No. 3 crushed a clutch backhand winner down the line, sending the crowd into a frenzy.

Two points later, on his fifth match point, Fucsovics missed a forehand lob just long to bring the marathon to a close.

In other action in that quarter of the draw, No. 22 seed Kyle Edmund defeated Chilean Nicolas Jarry 6-2, 6-0 in just 51 minutes. Edmund has proven his comfort in the desert, winning an ATP Challenger Tour event at the same facility last week.

"Five matches in the Challenger helped last week with my confidence, in my game, and on my body. Today was just about managing expectations," Edmund said. "I've been feeling good, and obviously won the Challenger, so I was telling myself not to expect to come out and play well, but... compete really hard and earn the victory rather than just playing well. It was great. I ended up playing well, seeing the ball well, reading his serve good. Just really happy for the win."

The Brit will next face Delray Beach Open by VITACOST.com champion Radu Albot, who ousted 16th seed Fabio Fognini 6-0, 7-6(4). Before this tournament, Albot owned only one Masters 1000 win. He is into the third round at this level for the first time. 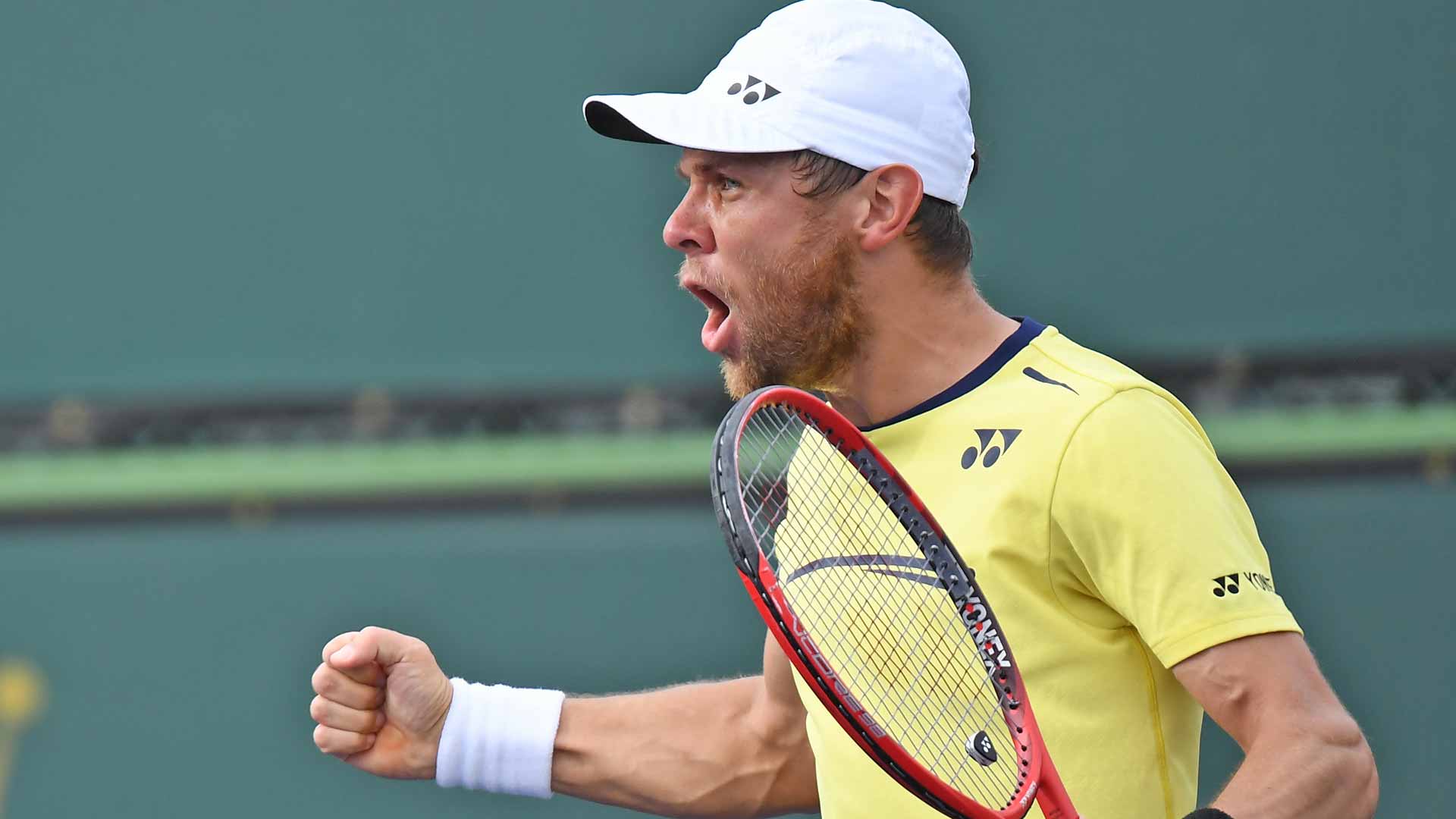 Did You Know?
Since 2011, Federer has not lost to a player outside the Top 10 of the ATP Rankings at Indian Wells. Three of his five defeats in the desert during that span have come against Novak Djokovic, with Rafael Nadal and Juan Martin del Potro beating him once each.