Hawkeye Analysis: How Federer's Targeting & Footwork Led To A Win Vs. Berrettini

Roger Federer knew he needed to bounce back on Tuesday at the Nitto ATP Finals after suffering a straight-sets loss in his opening match of the tournament against Dominic Thiem. And the Swiss superstar did just that, defeating Matteo Berrettini 7-6(2), 6-3 behind a clear game plan and effective serving.

According to Hawkeye, Federer zoned in on the Berrettini backhand and made sure to keep the points short in his triumph.

Federer made a concerted effort to keep the ball out of the middle of the court. He hit just three balls mid-rally (excluding serves and returns) into the middle third of the court, whereas Berrettini directed 24 per cent of his balls down the middle. 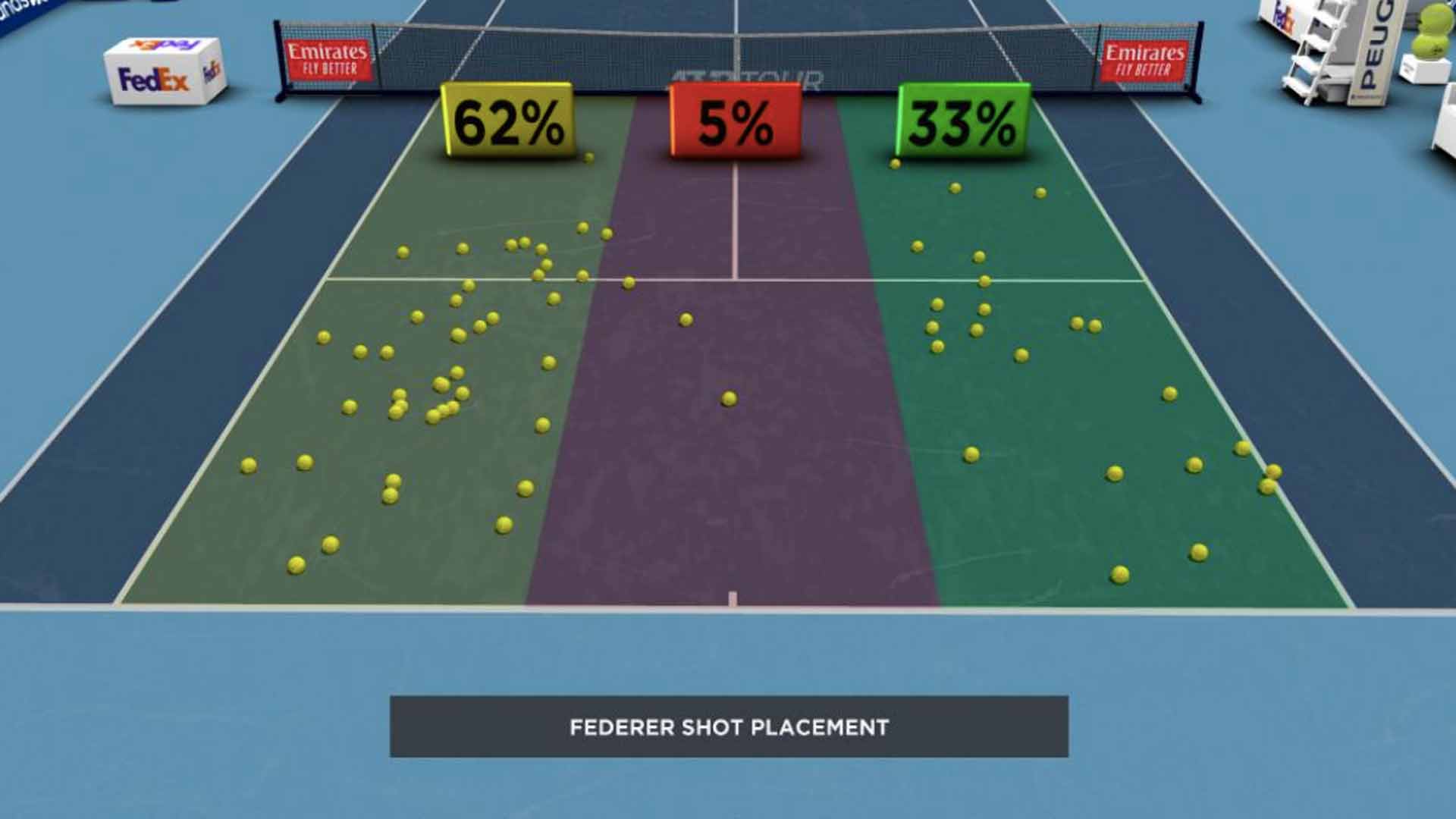 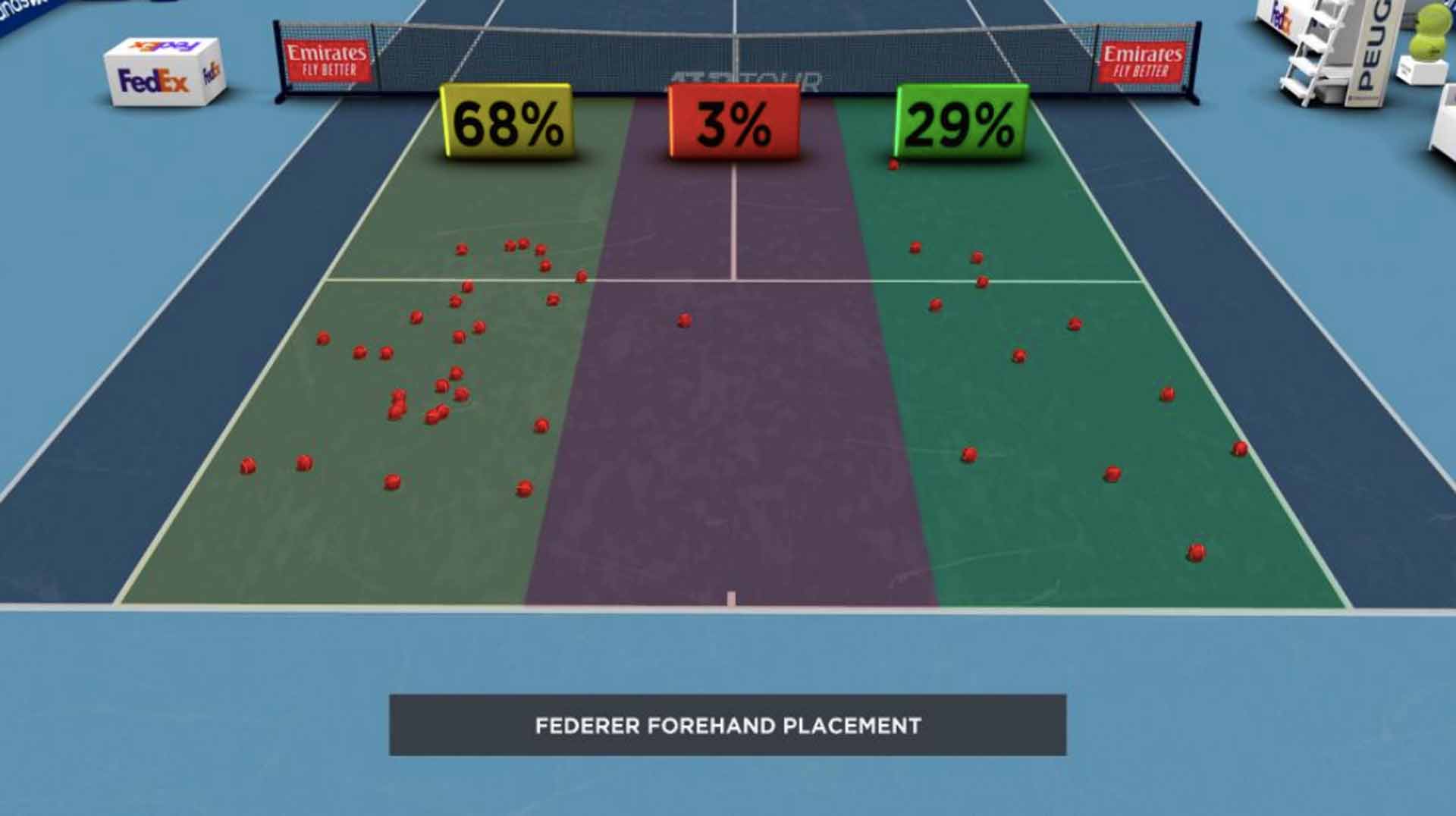 Berrettini spread his forehands around far more than Federer. He hit just 47 per cent of his forehands to the 103-time tour-level titlist's backhand, while going to the Swiss' forehand 41 per cent of the time. 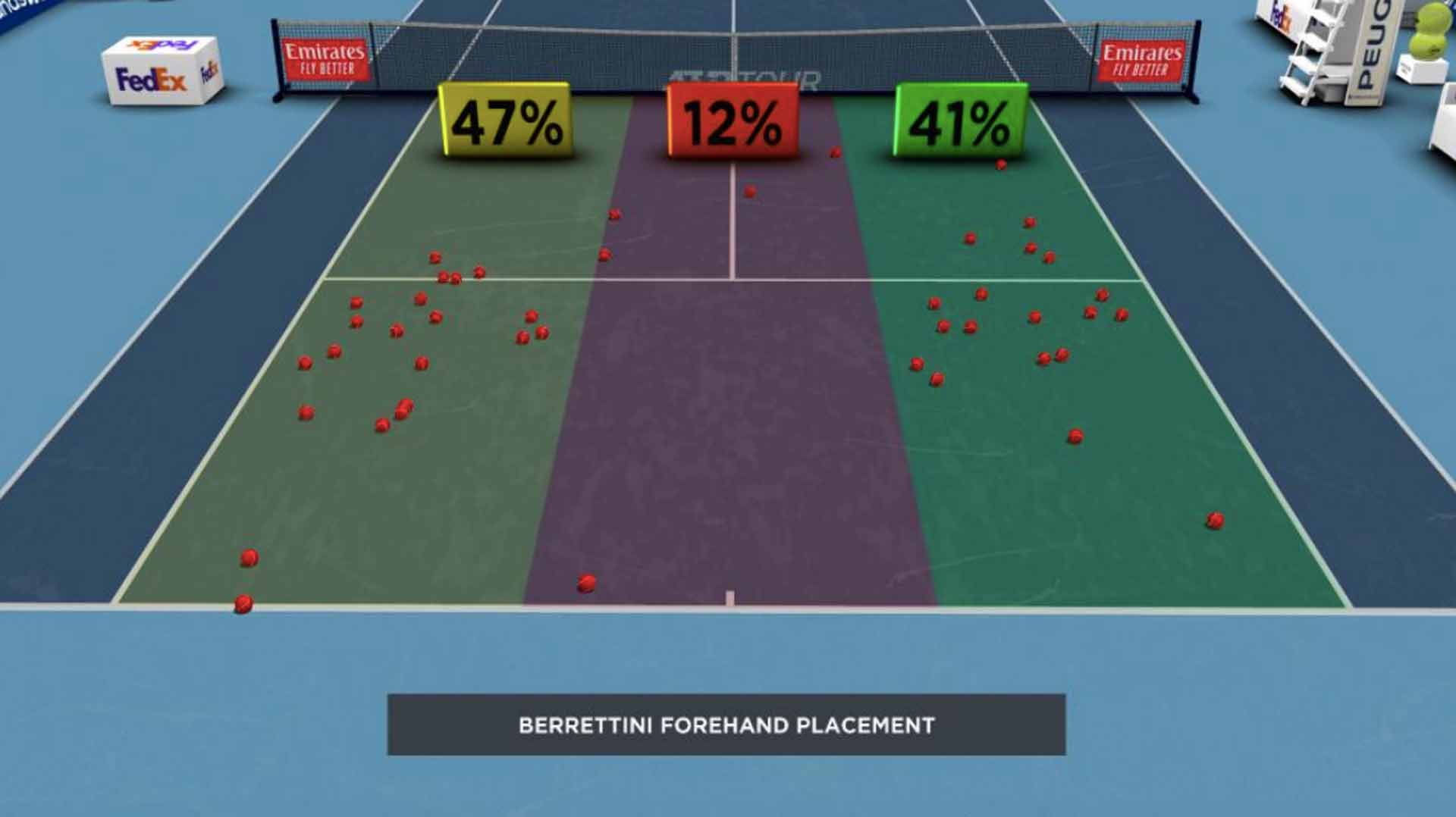 Federer interestingly employed a different tactic with his serve. Instead of continuing to attack the Italian's backhand, he went to Berrettini's forehand.

He hit 59 per cent of his first serves in the ad court to the forehand and 48 per cent in the deuce court. He did not hit a first serve to the body in the match. Federer admitted he was impressed with his 23-year-old opponent's backhand return.

"One hundred per cent it will improve. It has to, just over thousands of balls being hit into that corner," Federer said. "I actually think he returns good on the backhand side. It's more of a straight shot." 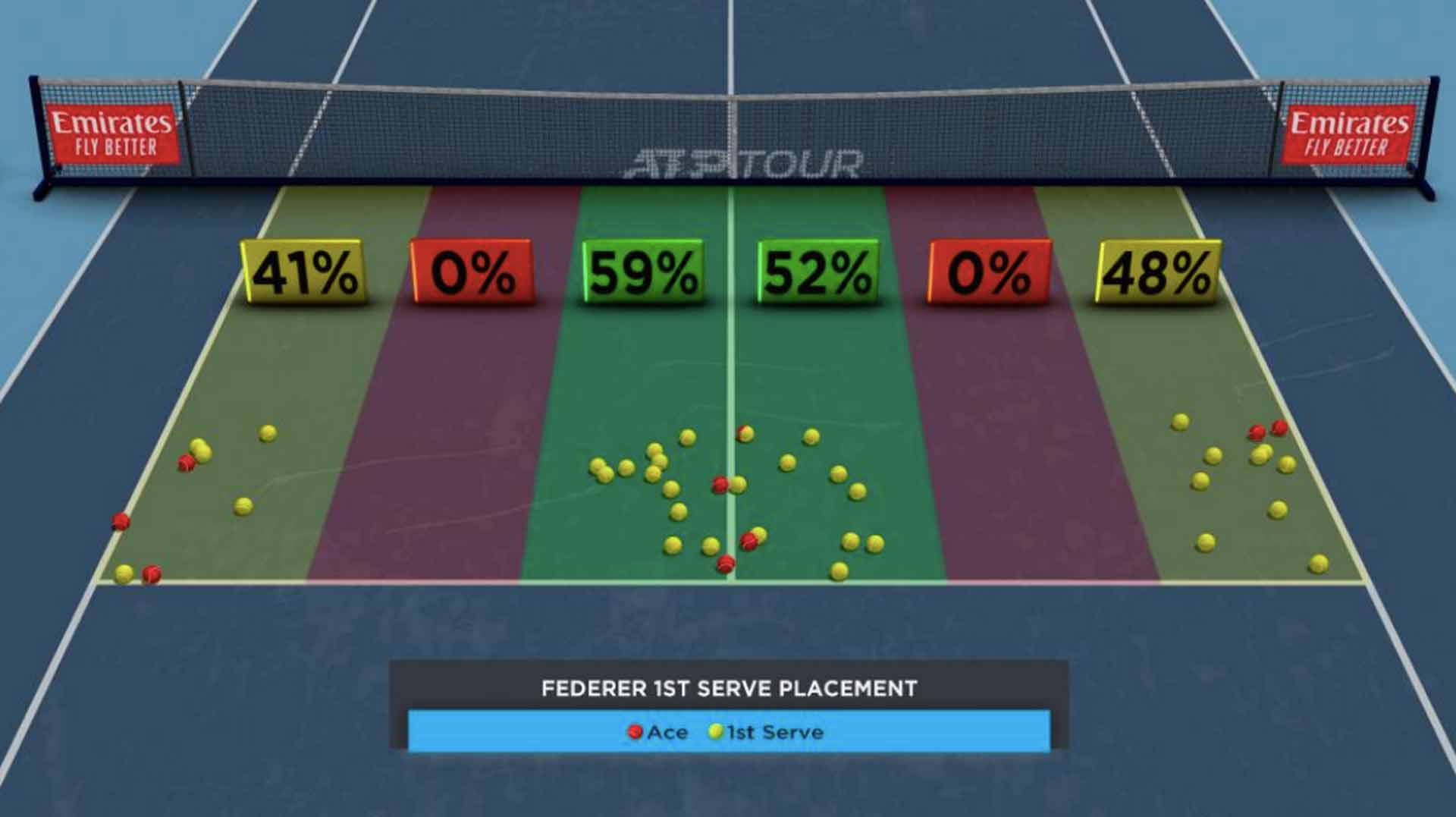 Federer used variation with his second serve to elicit nearly triple (30% vs. 11%) the rate of unreturned second serves compared to Berrettini. 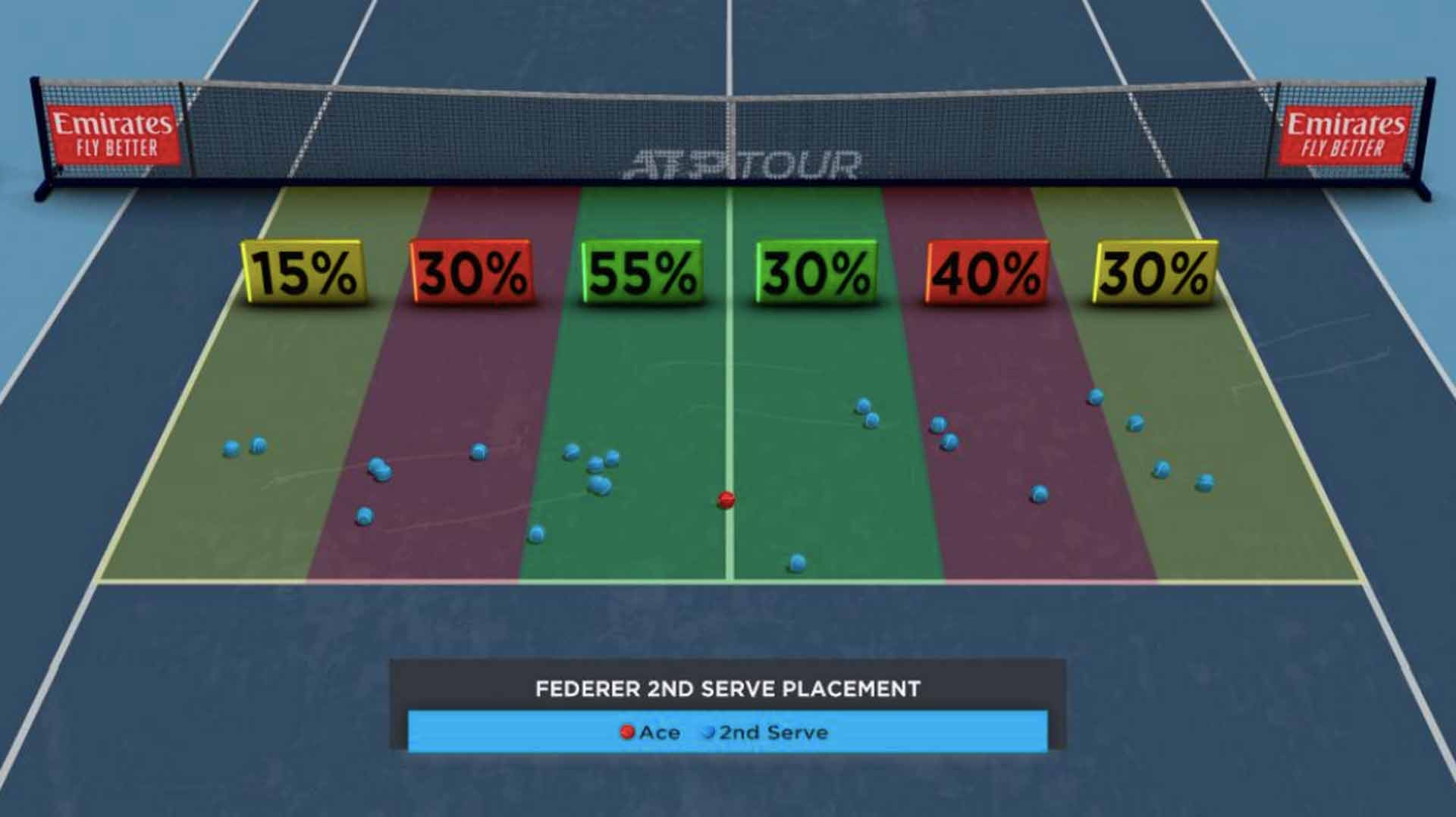 Both players battled to step into the court, with Federer ultimately prevailing in that in-rally duel.

The average rally length behind both Federer's first serve and second serve was just three shots, and he hit 59 per cent of his shots from inside the baseline. His rally balls averaged 61 mph compared to Berrettini's 71 mph, but the pressure he put on by where he hit those shots paid dividends.

Berrettini made 10 more rally unforced errors in the match (27), while they both hit 14 winners once rallies got underway. 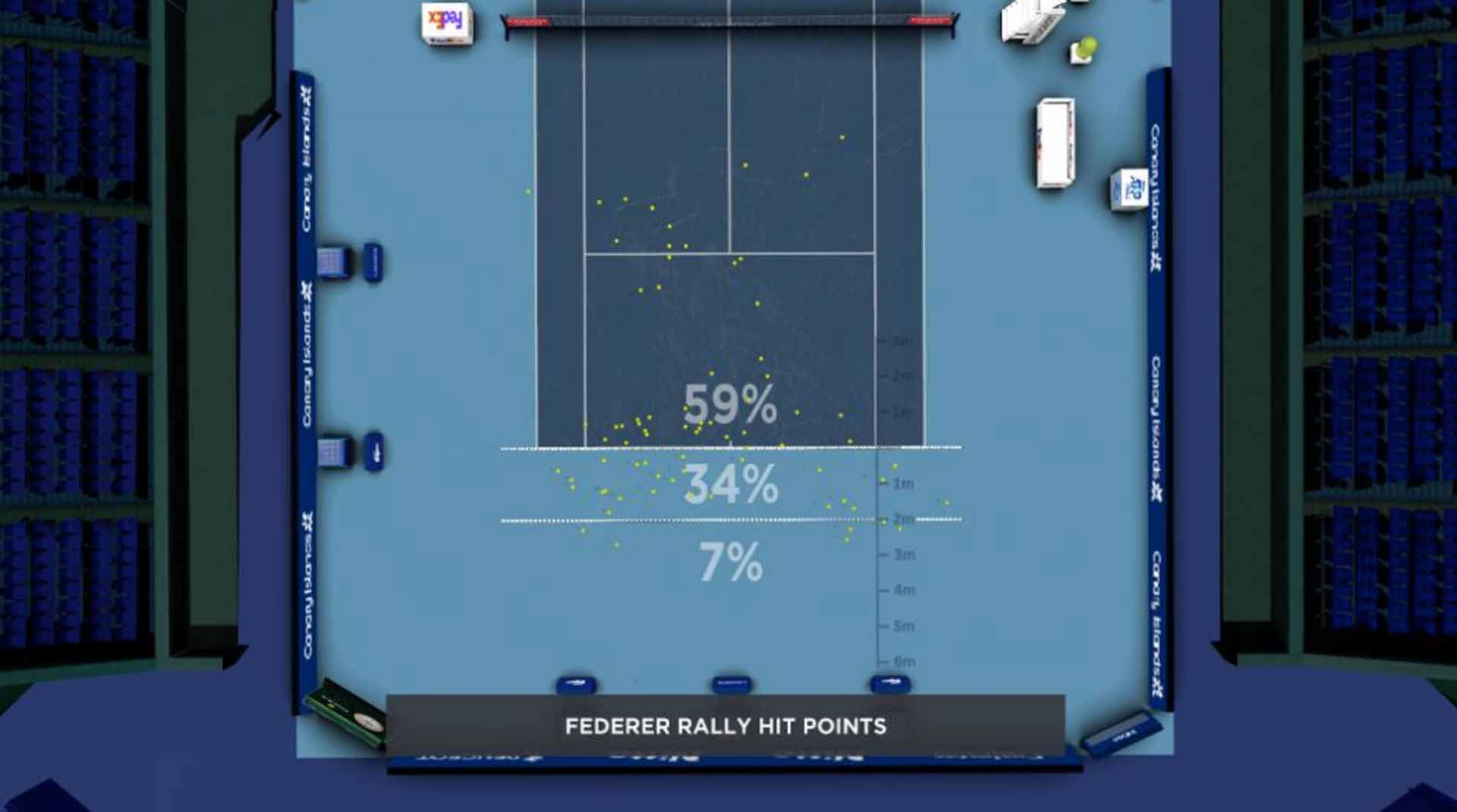 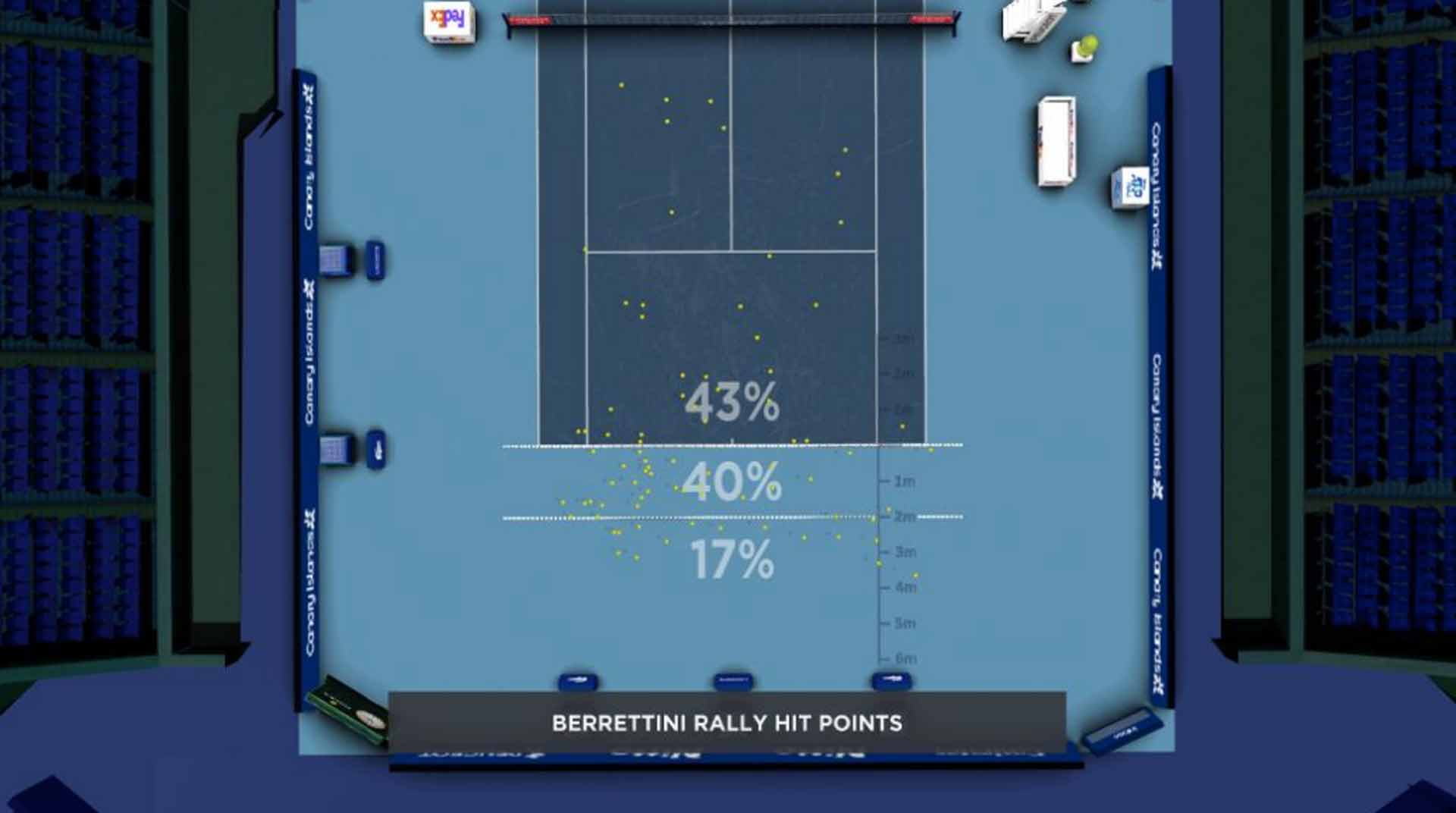 "I just think most important, as always, if you improve a shot, with me it was [in] the footwork. You improve your backhand or whatever the shot is through your footwork. I think there he's only going to get faster, only going to get stronger. He'll understand the plays better. He'll know the players better," Federer said. "It's a good challenge I think for him, and he's already got a lot of great shots in his game, which is a beautiful base to have."

Federer was highly complimentary of Berrettini, but it was the Swiss who prevailed on Tuesday.