Roger Federer will face Steve Johnson in the first round of the Australian Open. The World No. 3 leads their ATP Head2Head series 2-0.

ATP Staff
This article contains:
Other Day One competitors include Tsitsipas, Berrettini, Shapovalov and Sinner

The chase for the most Grand Slam championships is as heated as ever, with Roger Federer (20), Rafael Nadal (19) and Novak Djokovic (16) all within four majors of each other. On Monday, Federer and Djokovic will begin their pursuit of another Slam trophy at the Australian Open in Melbourne.

Federer is within just three victories of his 100th win at the season’s first major, where he currently holds a 97-14 record. The Swiss, who has won the Australian Open in two of the past three years, begins his tournament against American Steve Johnson.

The 38-year-old owns a 2-0 ATP Head2Head series lead against Johnson, with each of those triumphs coming in straight sets. But Johnson, the former World No. 21, will take confidence from winning this week’s ATP Challenger Tour event in Bendigo.

“It's exactly the tricky situation right now playing somebody who has just played a lot this week. He's ready to go. He's match-ready, and I'm not. I’ve got to really make sure I get out of the gates quick,” Federer said. “I'm excited to play Steve. He's a good guy. I think with his old-school playing — big forehand, slice backhand, good serve — I think it's going to be a nice match for me, as well.”

Last year, Federer was upset in the fourth round by Stefanos Tsitsipas. Since winning his first of six Australian Open titles in 2004, he has made at least the semi-finals in Melbourne every year except for 2015 (R32) and 2019 (R16). This will be Federer’s first match of the season.

“Practice has been going well. Had plenty of time to pace myself and do all the things I had to do to get ready. I hope it's enough,” Federer said. “I know it's a super long road to victory. That's why I’ve got to take it one match at a time.”

Djokovic is the only man who has won more Australian Open titles than Federer in the Open Era. The seven-time champion, who clinched his 2019 victory Down Under with a devastating straight-sets win against Nadal, begins his 2020 tournament against German Jan-Lennard Struff. If Djokovic beats Struff, he will become the sixth player in the Open Era to reach 900 tour-level wins.

Djokovic says that his lead-in week to the Australian Open had been a little lighter than normal due to the six singles matches he played – and won – in leading Serbia to victory in the inaugural ATP Cup.

“It was a lot of physical and emotional energy being spent in the ATP Cup, which of course was perfect for me individually, won all my matches in singles and doubles," Djokovic said."We as a team won the title, which was definitely one of the highlights of my career.

“It was phenomenal couple of weeks and great leadup to Australian Open. But it did take a lot out of me. I did adjust my training sessions towards that, so I had a little bit more of recuperation rather than just stepping on accelerator a little bit more.”

The World No. 2 leads his ATP Head2Head with Struff 2-0, winning both of those meetings in straight sets. But Struff is one of the most dangerous unseeded players in the draw. The World No. 37 was just two places out of a seed in Melbourne. Their most recent match came in the fourth round at Roland Garros last year.

Struff brings a powerful game to the hard courts, with the ability to dictate play against almost any player on the ATP Tour. But Djokovic is the master of putting balls back into play and forcing opponents into uncomfortable positions, which could force the German to be even more aggressive and lead to unforced errors.

No. 6 seed Stefanos Tsitsipas made a major breakthrough in Melbourne last year. Just two months after claiming the 2018 Next Gen ATP Finals title, the Greek star upset Federer en route to his first major semi-final, with that run still standing as his best at a Grand Slam.

Tsitsipas went on to win the Nitto ATP Finals trophy on his debut, so could he go even further in Australia this year? The 21-year-old begins his campaign against Italian Salvatore Caruso, whom he has never faced. 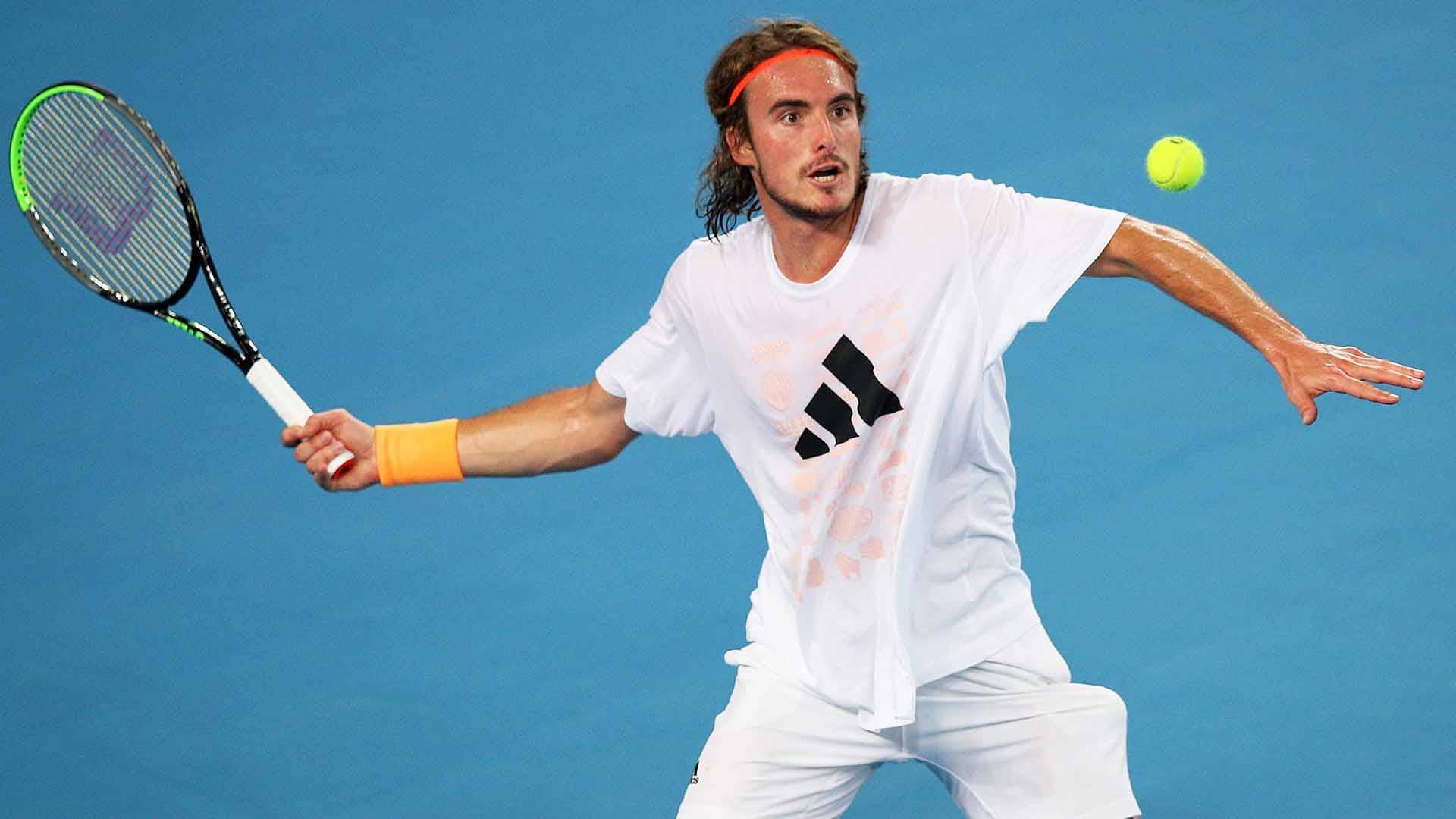 Caruso gained experience against highly-ranked opposition in 2019, losing to Djokovic in straight sets in the third round at Roland Garros. He showed his potential in a win against then-World No. 14 Borna Coric in Umag later in the year. But the Italian has made his mark on the ATP Challenger Tour, where he is a two-time champion.

Eighth seed Matteo Berrettini, like Tsitsipas, also made his Slam breakthrough in 2019, reaching the semi-finals of the US Open. The Italian will try to maintain his momentum when he faces home favourite Andrew Harris for the first time.

Berrettini, who lost to Tsitsipas in the first round of last year’s Australian Open, has never won a main draw match in Melbourne (0-2). However, he has won eight of his past 10 matches at the majors, including his run to the fourth round of Wimbledon last year.

You May Also Like: Shapovalov & Felix Lead #NextGenATP To Watch At The Australian Open

#NextGenATP stars will also get their tournaments underway, led by No. 13 seed Denis Shapovalov. The Canadian is one of the most in-form players on the ATP Tour, making his first ATP Masters 1000 final at last year’s Rolex Paris Masters, and starting this season with wins against Tsitsipas and 2018 Nitto ATP Finals titlist Alexander Zverev at the ATP Cup. The lefty will face Hungarian Marton Fucsovics in the first round.

If Shapovalov wins, he could be part of a blockbuster second-round #NextGenATP clash against reigning Next Gen ATP Finals champion Jannik Sinner. The Italian, who has never played the Australian Open — including qualifying — faces home favourite Max Purcell, a qualifier.

Other matches to watch include No. 12 seed Fabio Fognini against American Reilly Opelka and No. 25 seed Borna Coric playing former World No. 11 Sam Querrey.