Novak Djokovic visits the Miami Children's Museum to read a book to about 50 children.

The ATP ACES For Charity grants once again made a major impact in 2018, with the recipients, who each received $/€15,000, using the funds for worthy causes.

Those recipients as well as many other players on the ATP World Tour showed that their impact extends far beyond the tennis court with their charity work this season. Here are some highlights of various charitable deeds the world’s best tennis players did this year:

- Novak Djokovic visited the Miami Children’s Museum ahead of the Miami Open presented by Itau to read a book titled Pete the Cat to about 50 children of different age groups in a packed auditorium.

That’s not the only education Djokovic has been involved in, as the Serbian’s Novak Djokovic Foundation continued to support the Djokovic Science and Innovation Fellowship at the Center on the Developing Child at Harvard University. The fellowship supports doctoral research into childhood development. 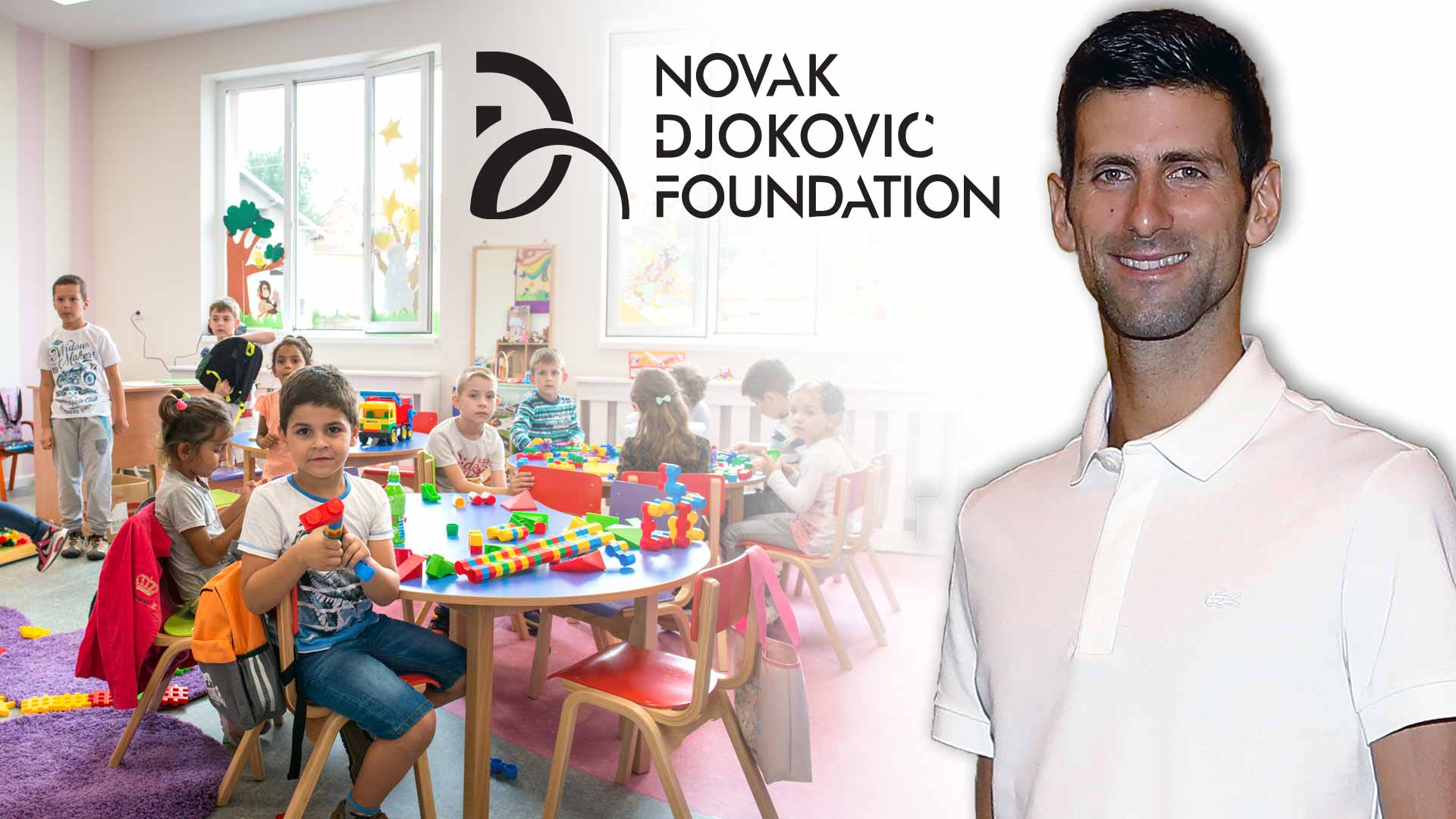 - Roger Federer competed in the ‘Match For Africa 5’ in March, joined by Bill Gates, Jack Sock and others in San Jose, California, to raise money for his Roger Federer Foundation.

Federer traveled to Zambia in April in support of his foundation, as well. The Swiss superstar visited educational programmes and spoke with students and parents who benefit from foundation-funded projects. Federer also made sure to partake in some of the local fun, kicking around a football with children and dancing with the boys and girls.

- Rafael Nadal led a minute of silence with staff and players at the Rafa Nadal Academy by Movistar in October for those affected by floods in Mallorca. Nadal spent three hours helping with the cleanup, and he also opened up rooms at his academy for at least 50 people who needed refuge. In December, he donated €1 million to those affected. 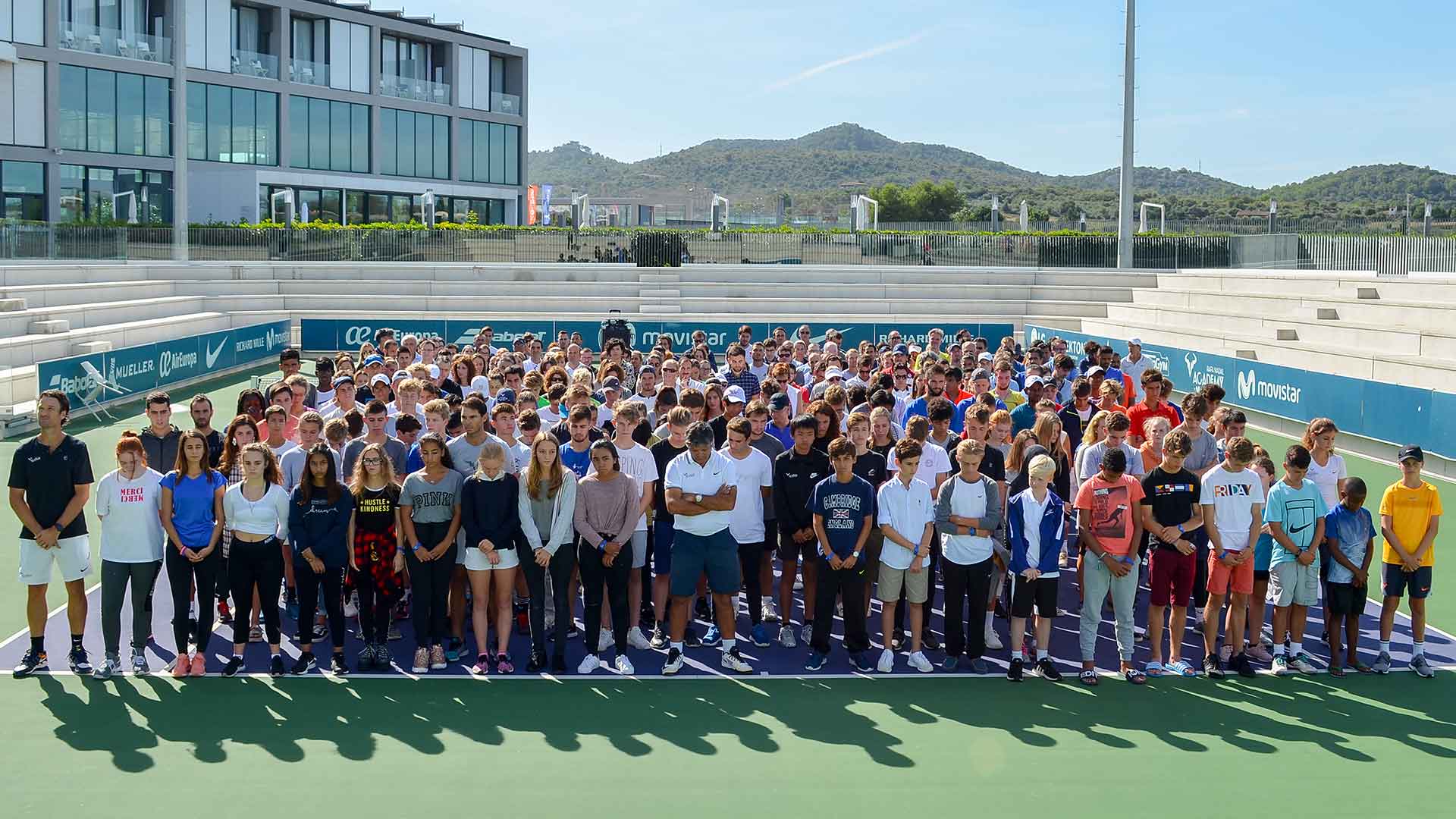 - Nick Kyrgios practised with students from Marjory Stoneman Douglas High School — where a shooting on 14 February resulted in the loss of 17 students and teachers — during the Miami Open presented by Itau. After his third-round win, the Australian invited the school’s tennis teams to his practice the following day.

In addition to various instances in which he hit with children on-site at events, Kyrgios has also been making progress with his NK Foundation, which was created to serve underprivileged youth. In tandem with Legends United, NK Foundation launched a memorabilia auction in October, helping to raise money for charity. 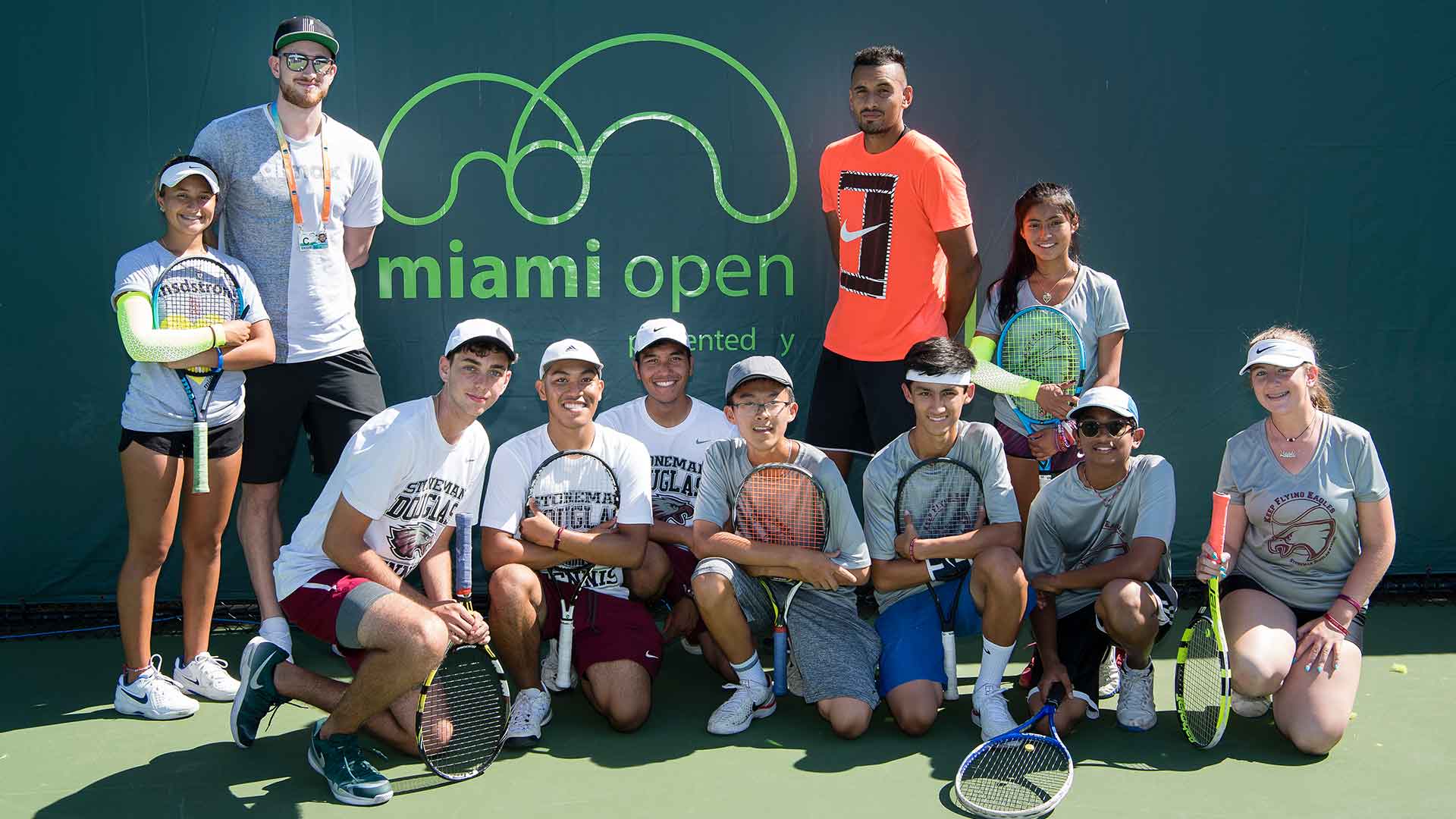 - Kyrgios participated in the Get Set Games Charity Challenge at the Kaleen Tennis Club in Canberra, Australia, in December, raising more than $5,000 for his self-named foundation. The Aussie made a special bond with an eight-year-old girl named Loga Gandhi, who for the past 18 months has been recovering from a bone marrow transplant that was performed to treat leukemia. 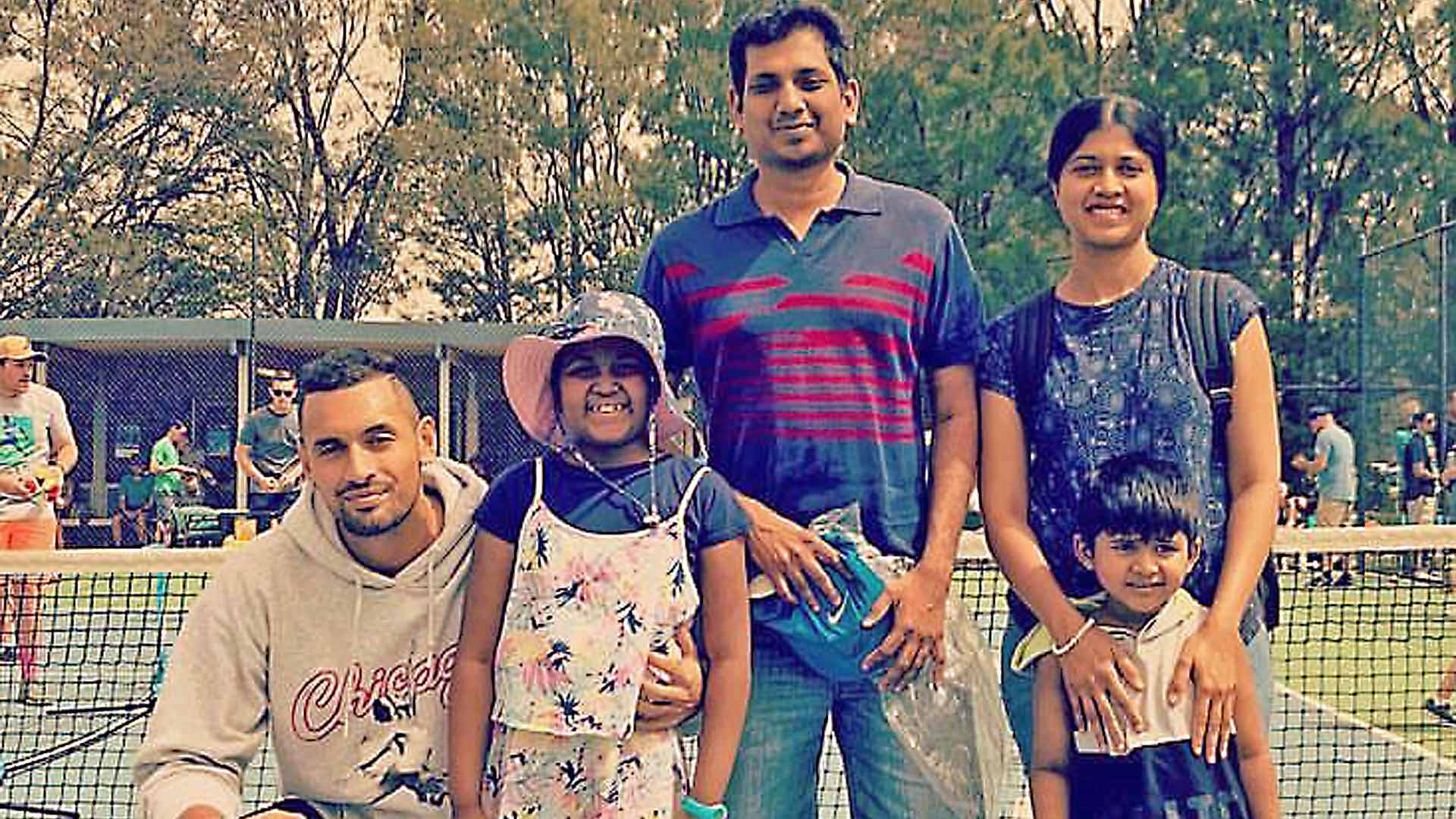 - Horia Tecau first published a children’s book in Romanian in 2016. But this year, he was able to further spread the lessons he’s learned on his journey to becoming a professional tennis player. Tecau donated hundreds of copies of his book, which was newly translated into English, Life Is Like A Tennis Game, at the US Open.

“When I first started thinking about making this book, it was a passion and I wanted to share it with more and more kids. I launched it in 2016 in Romanian,” Tecau said. “Because of the funds that we got from the ATP, we were able to translate it, to ship it, and to donate it here at Arthur Ashe Kids’ Day. 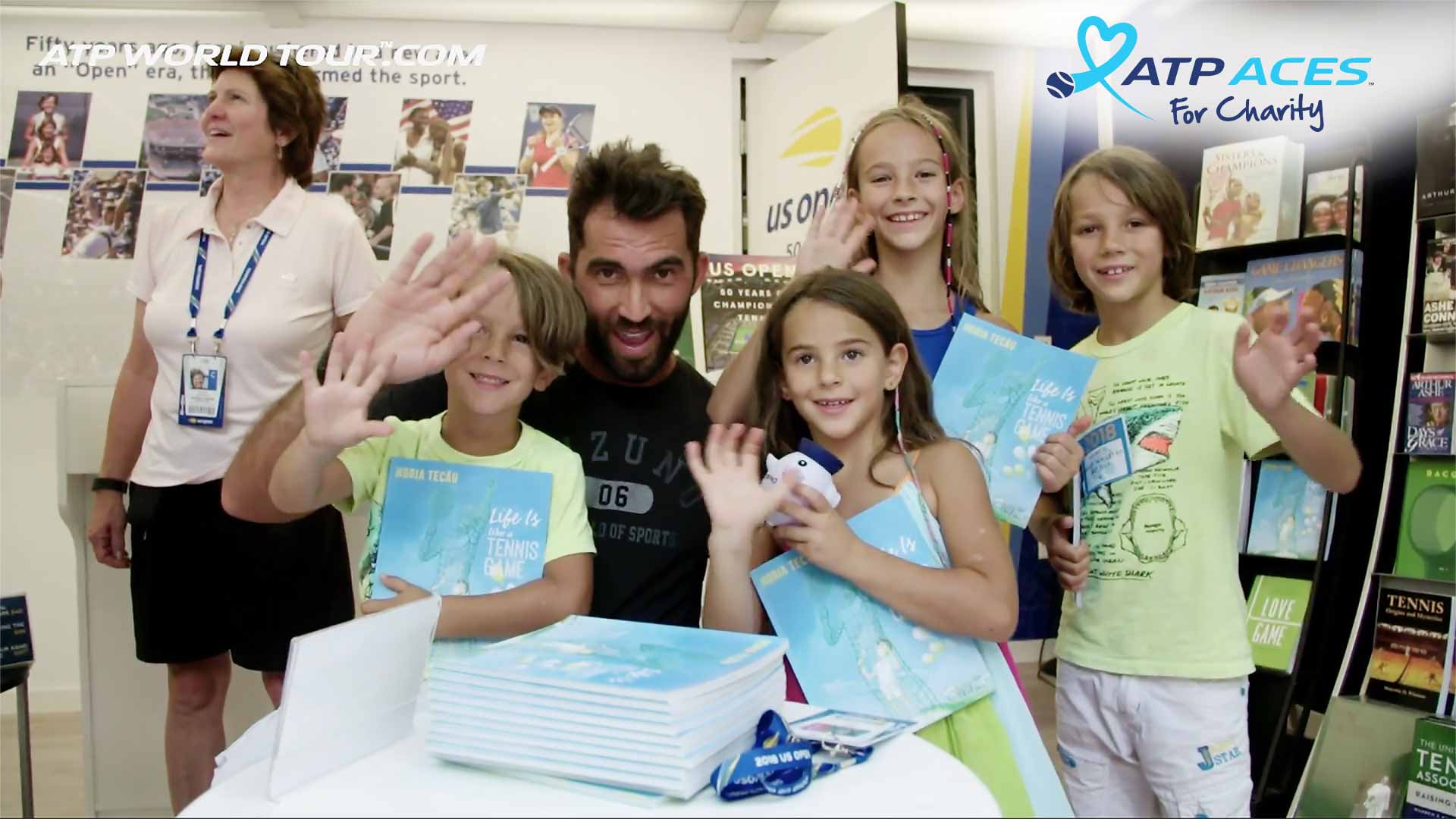 - Aisam-Ul-Haq Qureshi's Stop War Start Tennis, a 2018 ATP ACES For Charity grant recipient, is on a mission to spotlight existing projects around the world through official visits, while assessing the needs of local partners and also verifying that donations are being used transparently. The foundation visited Cambodia, where it had donated wheelchairs to local projects. 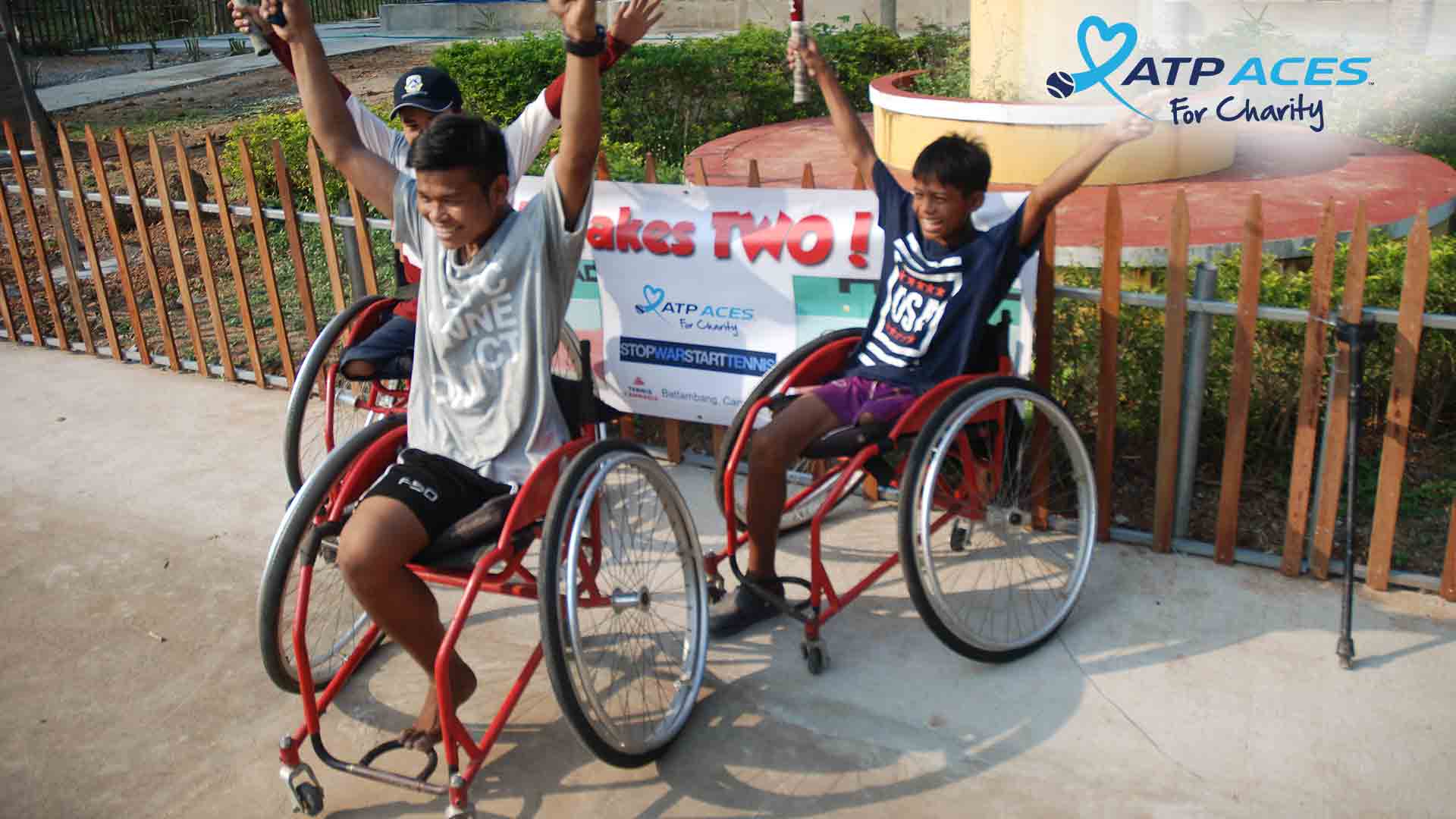 - Emilio Sanchez Vicario and Feliciano Lopez announced the creation of the 2018 Casper Tour, a series of junior tennis events that were held to honour the life of Casper Fernandez, a student at Academia Sánchez-Casal in Florida who passed away last July after a battle against bone cancer at the age of 16.

Players ages nine through 14 were allowed to compete, with draws for each individual age group. That was done to maximise the amount of time juniors get on the court in a competitive environment, rather than forcing them to play against kids older than them. 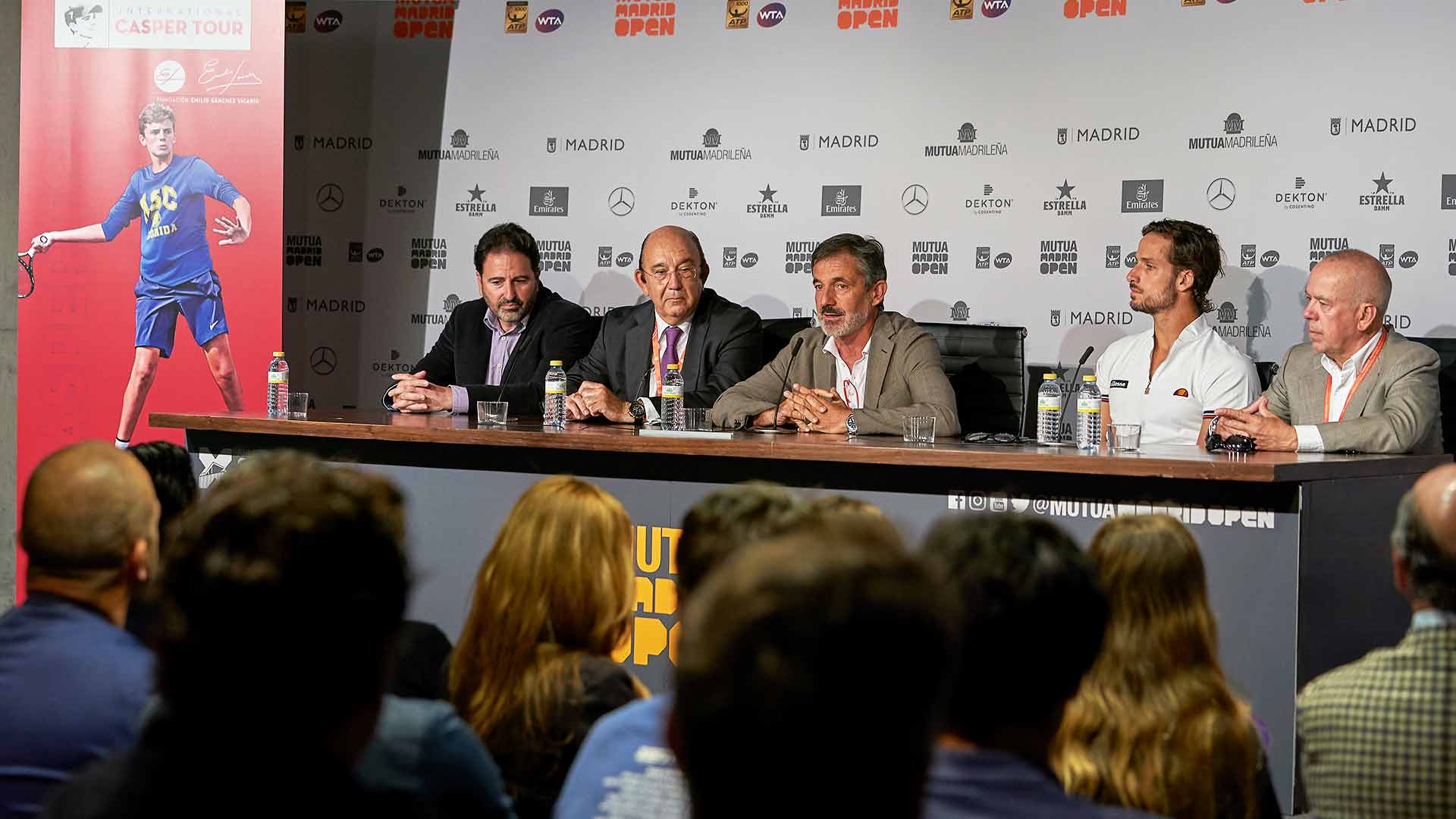 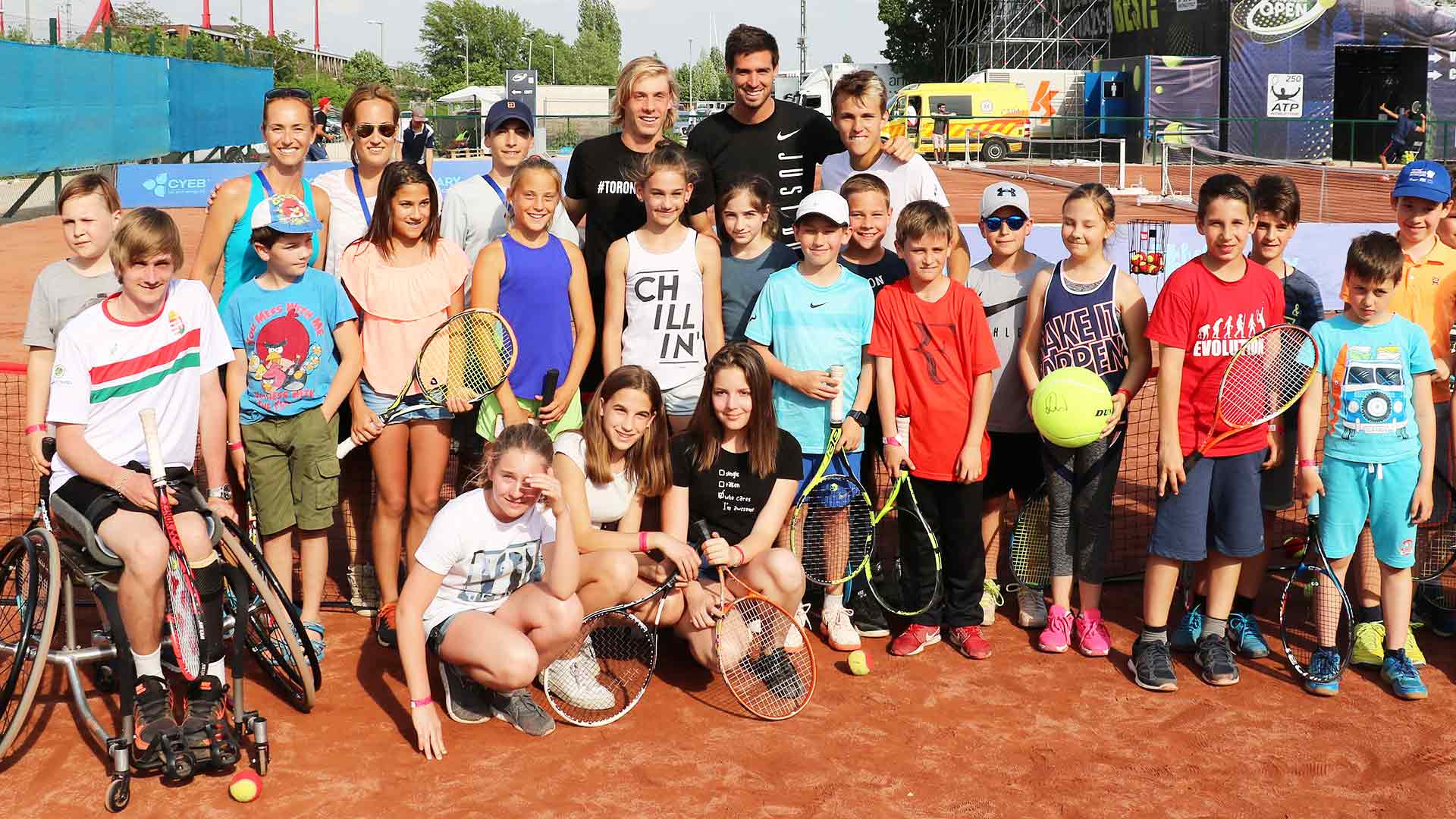 - Hans Podlipnik-Castillo, a 2018 ATP ACES For Charity grant recipient continued pursuing his mission with Futuros para el Tenis, a foundation, of helping young children at social risk obtain university scholarships around the world through tennis and education. The Chilean has both gotten on court with the children to help positively influence them as well as worked to garner support for the foundation. 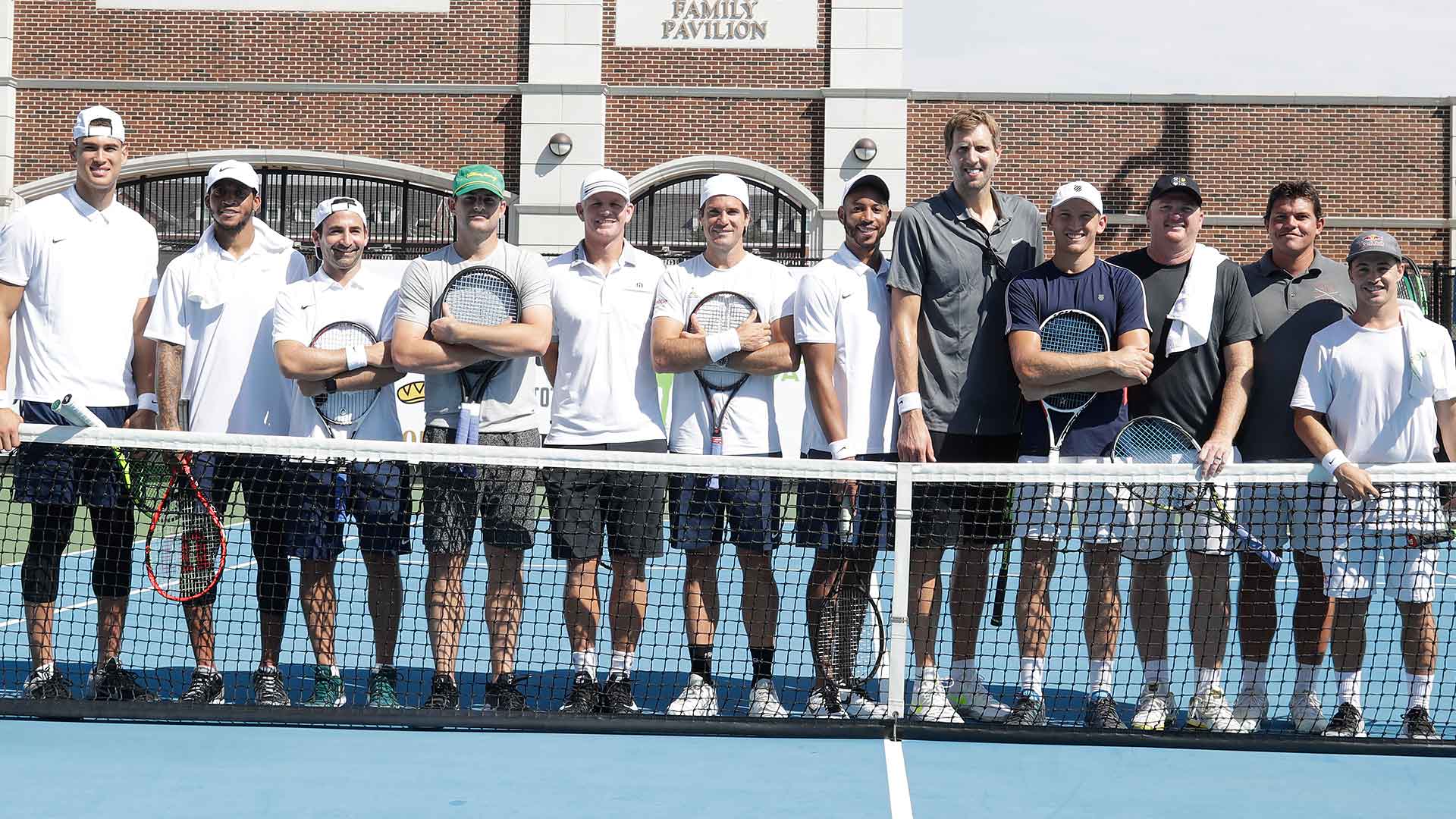 - Next Gen ATP Finals champion Stefanos Tsitsipas raised money in support the victims of Greek wildfires, which resulted in dozens of deaths and affected countless more people. Tsitsipas began a Facebook fundraiser to raise money. Tsitsipas also penned a first-person essay to help raise awareness of the fires and express how much his country means to him.

- Bob Bryan, Mike Bryan, Frances Tiafoe, John Isner, Kevin Anderson and Sam Querrey donated $19,500 that were used to resurface two courts in Sunnyside, Houston, which were affected by Hurricane Harvey in 2017. Not only did the ATP World Tour stars help monetarily, but the Bryans, Isner, Tiafoe, Querrey and Steve Johnson visited the courts to hit with about 40 local children who use the courts regularly. 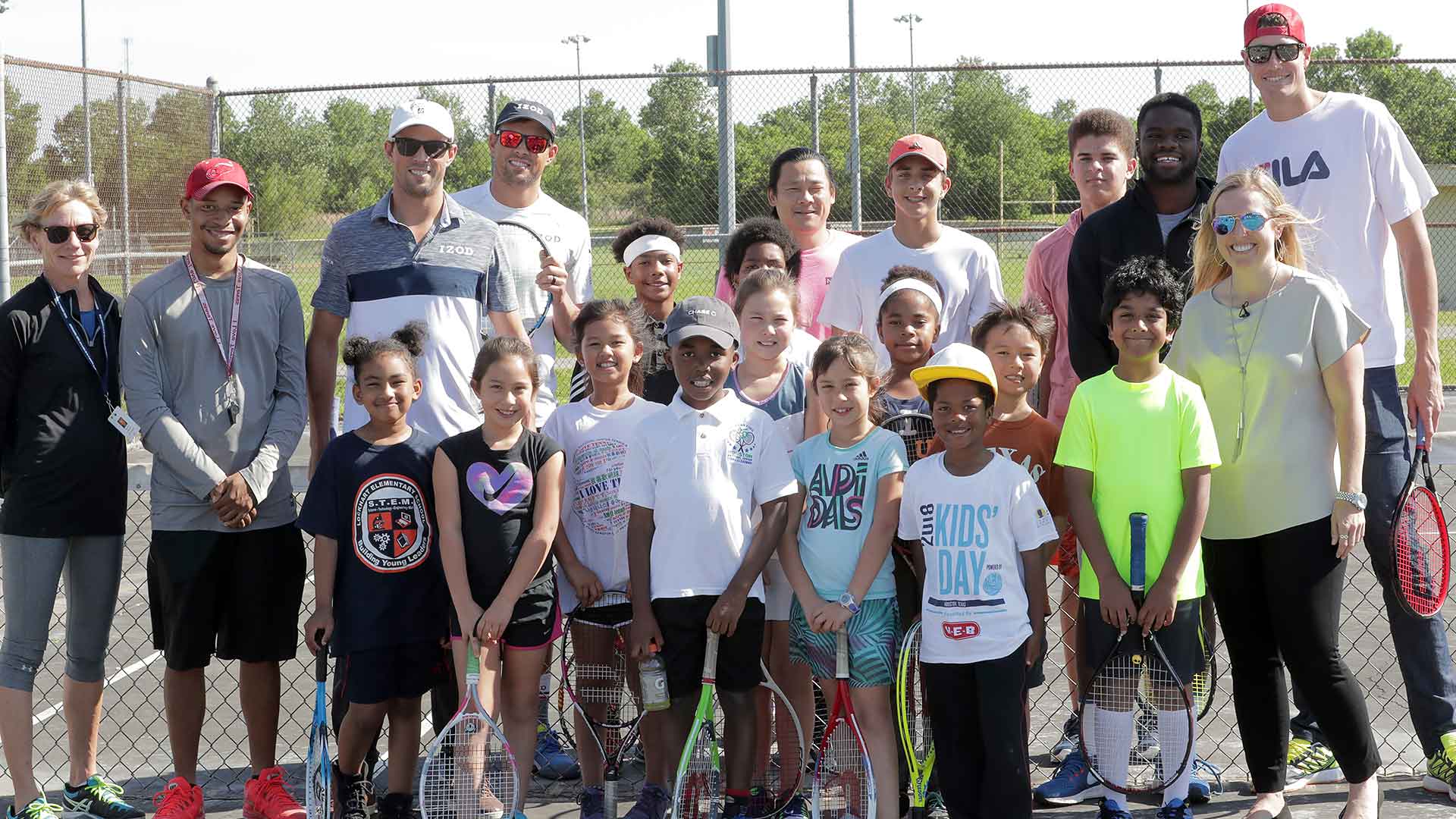 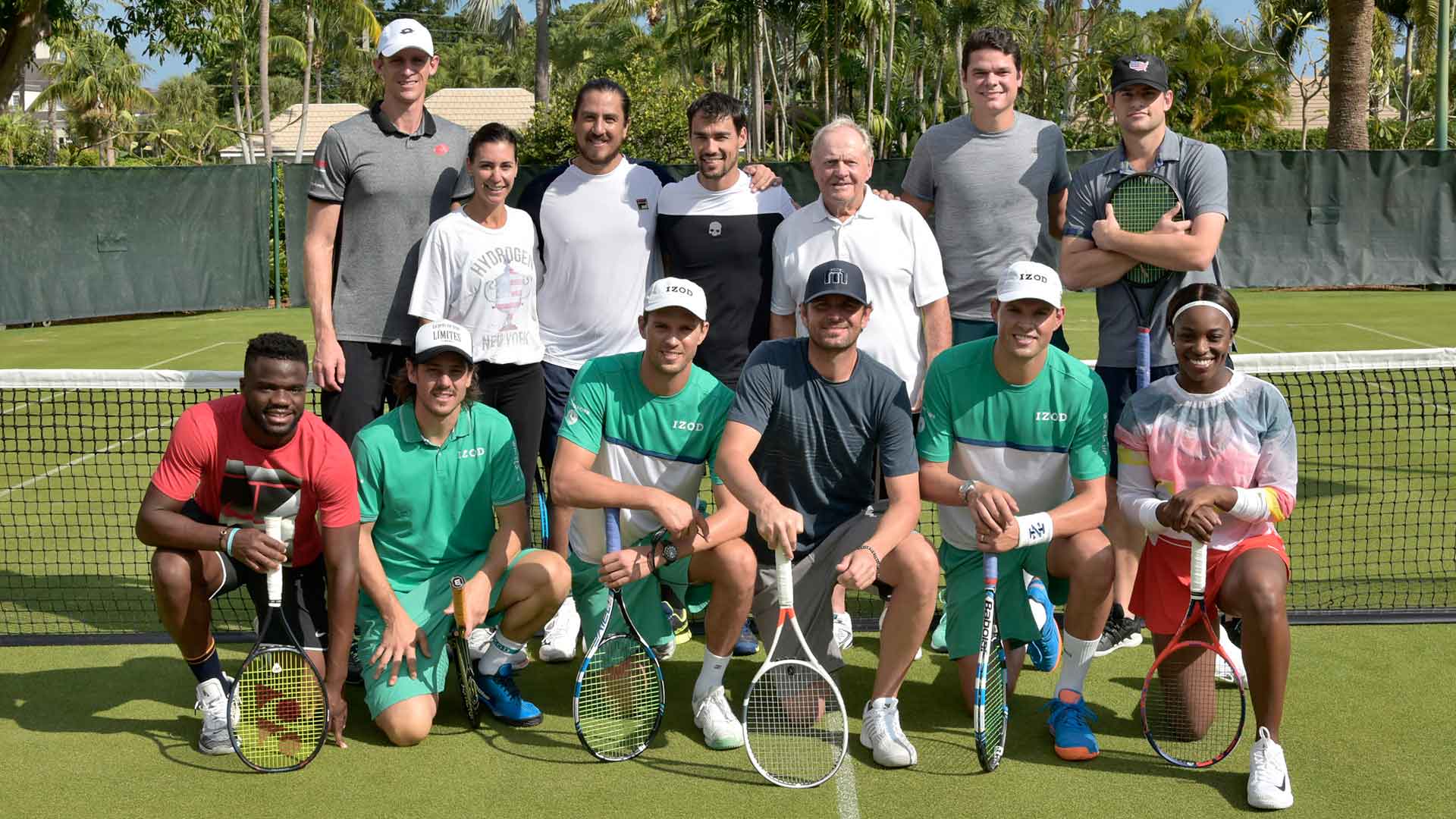 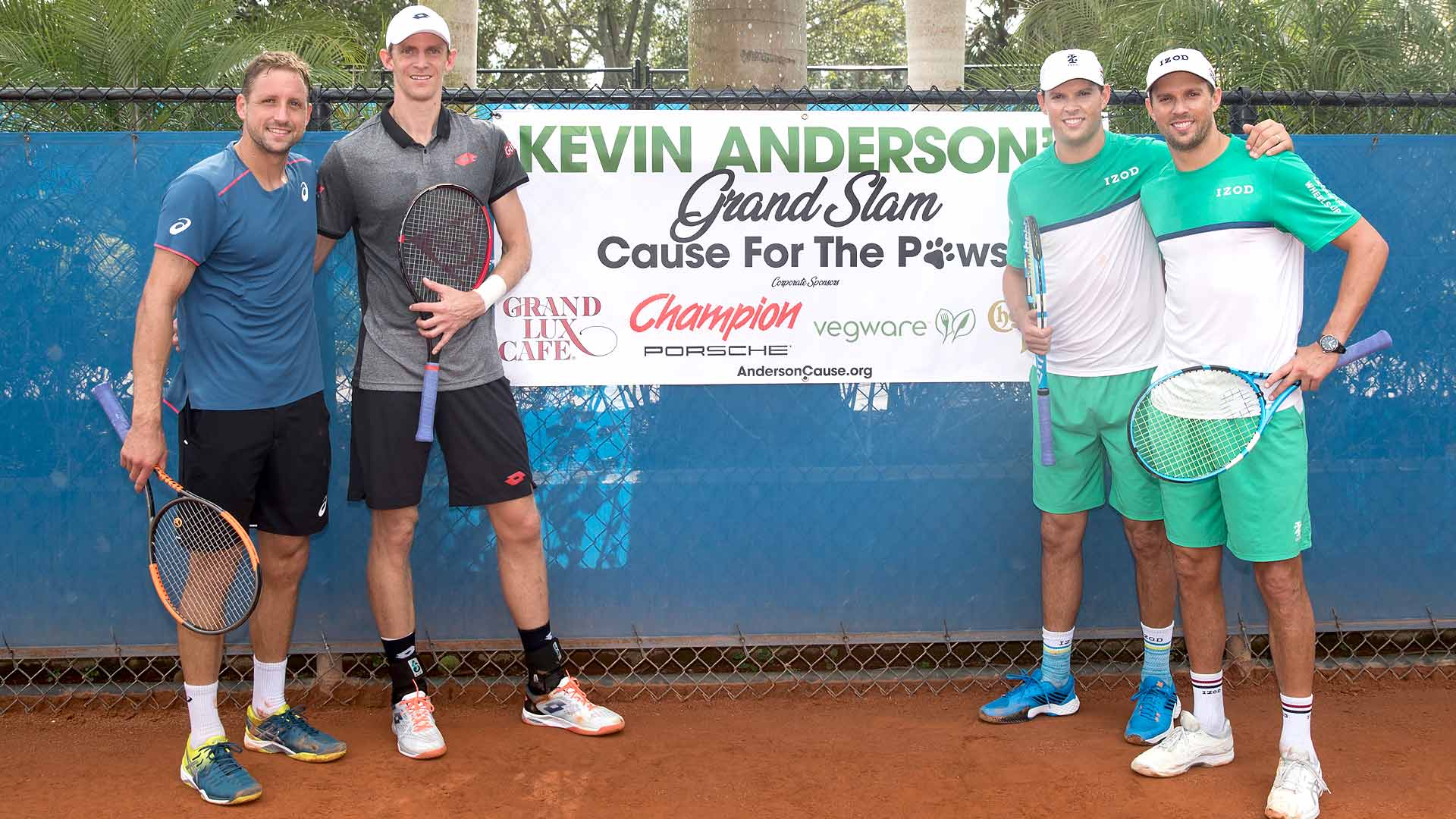 -Tommy Robredo was named the recipient of the Arthur Ashe Humanitarian Award in the 2018 ATP World Tour Awards presented by Moët & Chandon. The Spaniard, who launched the Tommy Robredo Foundation in 2009, pushes to encourage sports training for the disabled.

- The ATP implemented a wave of new initiatives at this year’s Nitto ATP Finals to ensure the season finale was the most sustainable tournament since the prestigious season-ending event moved to London in 2009.

For the first time, each player and their teams were provided with optional re-usable bottles for their on-court drinks, while sealed glass bottles were provided in the player locker rooms and bedrooms for the preparation of their on-court drinks. Water coolers and fountains were also placed at various points backstage for tournament staff and media, along with the provision of reusable water bottles to reduce the number of plastic water bottles used over the duration of the tournament.

Additionally, for the first time at the season-ending event, The O2 worked in partnership with Stack-Cup to provide fans with reusable cups for alcoholic drinks purchased at the venue, which they were able to return or take home. This significantly reduced the number of plastic bottles and single-use plastic drinks containers sold, with an estimate 50,000 single-use plastic cups removed from the event waste stream.