Roger Federer saved two match points in taking another step closer to his 10th Gerry Weber Open title on Thursday, when he worked overtime to extend his grass-court winning streak to 18 matches.

The Swiss superstar, who must retain the Halle title in order to remain at No. 1 in the ATP Rankings, had to play at his very best to knock out Benoit Paire of France 6-3, 3-6, 7-6(7) in one hour and 59 minutes for a place in the quarter-finals.

Federer led 3/1 in the deciding-set tie-break, before Paire fought back for a 5/3 advantage and held match point chances at  6/5 and 7/6. Federer saved the first match point by hitting a tricky topspin forehand from his shoelaces, inside the service box, to land on the baseline. The Swiss struck an aggressive backhand service return deep down the middle of the court on Paire's second match point, which the Frenchman ultimately lost with an unforced forehand error.

“It was a tough match,” said Federer. “I played at a good level actually. I think he served well and had a good mix and a good variety. It was hard to break. So, naturally, it was always going to be tight. And at the end it was just extremely close. So, I’m fortunate to have made it today.”

He will next play Australia’s Matthew Ebden, who beat 2011 champion Philipp Kohlschreiber of Germany earlier in the day.

You May Also Like: Coric Steps Up Halle Bid, Reaches QFs

Paire began strongly, giving little pace to Federer and hit a high proportion of his first serves into court. The Frenchman earned the first break point opportunity of the match when Federer was caught off guard by a lob at 3-3. The World No. 48 showed signs of frustration one game later, when he committed successive groundstroke errors to gift Federer a 5-3 advantage.

Regaining his composure after the 27-minute opener, Paire saved two break points in the opening game of the second set and the used his backhand to move Federer around the court and take a 4-0 lead in 19 minutes. Paire came within two points of leading 5-0, but later at 30/40 Federer struck a backhand crosscourt winner to get one service break back. Paire held his nerve to win his first set in six FedEx ATP Head2Head meetings against Federer and finished with an ace.

While Federer served first in the decider, he continued to shake his head as Paire didn’t give him any rhythm. Paire was left frustrated on Federer's serve at 3-3, when the wrong shot choice cost him at 30/30 and he later saved two match points from 15/40 at 5-5, with big first serves. 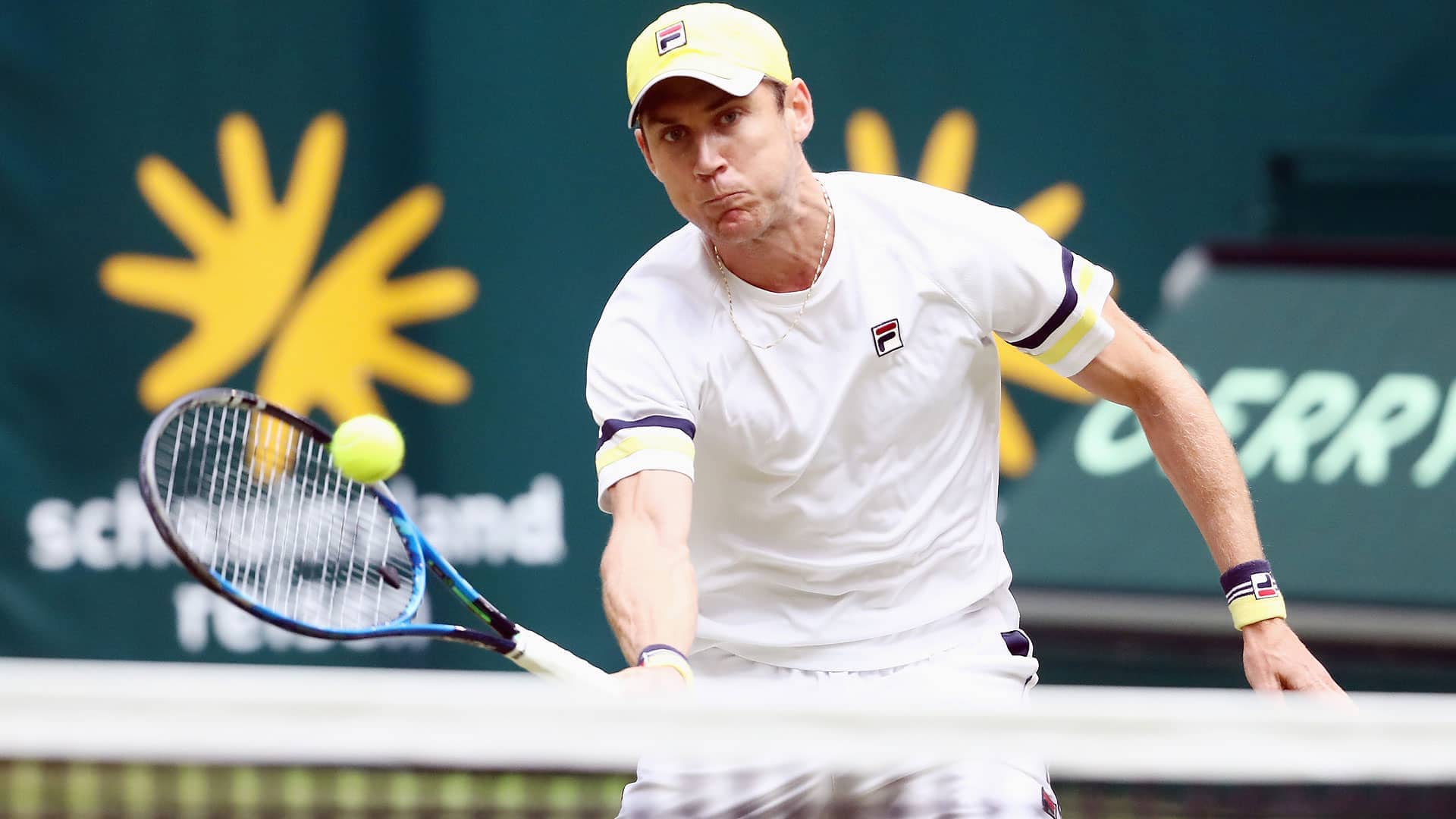 Matthew Ebden, competing at a career-high No. 60 in the ATP Rankings, continued his impressive run of form on grass courts by beating local hope Philipp Kohlschreiber.

Kohlschreiber was in complete control until a lapse in concentration early in the second set, which lasted just 23 minutes. Ebden won eight of nine games, before Kohlschreiber saved six break points in a 12-minute third game of the decider. Ebden earned his ninth win of the year by hitting 37 winners, including seven aces.