Federer: 'Happy With What I Achieved'

Roger Federer took the long view on Thursday despite coming up short in his bid to reach an eighth Australian Open final. The 38-year-old Swiss lost to Novak Djokovic 7-6(1), 6-4, 6-3 as the Serbian improved to 8-0 in Melbourne semi-finals.

But Federer still leaves Melbourne Park feeling positive about his first tournament of the year and what lies ahead for him in 2020. The third seed came back from the brink twice, against Aussie John Millman and American Tennys Sandgren, just to reach the semi-finals, and he pushed the seven-time champion Djokovic in the last four.

Federer served for the first set at 5-3 but was broken before Djokovic came back.

“Overall, at the end of the day I guess I'm very happy. I got to be happy with what I achieved. It was the maximum to go to get at this tournament, especially after the Millman and the Sandgren match,” Federer said.

He fell to 5-1 on the season, and Djokovic now leads their ATP Head2Head series 27-23. The Swiss had been trying to reach his 32nd major championship final (20-11).

Federer was bothered by a groin injury that cropped up during his quarter-final against Sandgren, when Federer saved seven match points and prevailed in five sets.

“I went for a scan that same night, was all right. After that, well, we didn't push it. I didn't practise. I took a day off the next day. Today I just really rested until as late as possible. But I didn't have any pain in the daily stuff. That was a positive sign,” Federer said.

The Swiss, however, has never retired from a tour-level match and managed his pain throughout the semi-final.

“Today was horrible, to go through what I did. Nice entrance, nice sendoff, and in between is one to forget because you know you have a three per cent chance to win. Got to go for it. You never know. But once you can see it coming, that it's not going to work anymore, it's tough,” Federer said.

“At the end of the day I'm very happy. I think I overall played all right. I know I can play better. At the same time I also know I can play much worse. With no tournaments beforehand, I think it's a very, very good result.”

Federer was optimistic that he'll be back to full strength in the very near future.

“My feeling is rather quickly,” he said. “You want to be 100 per cent to be able to train again, then get ready for hopefully Dubai. Right now it's only guessing. I'm very happy that I don't feel any worse than when I started. That's for me super encouraging.”

This season could be a significant year for the 38-year-old. Last year, he won his 100th tour-level title at the Dubai Duty Free Tennis Championships, joining American Jimmy Connors as the only men to cross the century mark with singles titles.

This year, Federer could pass Connors as the Open Era match wins leader. Connors has 1,274 match wins, 32 ahead of Federer, who has 1,242. 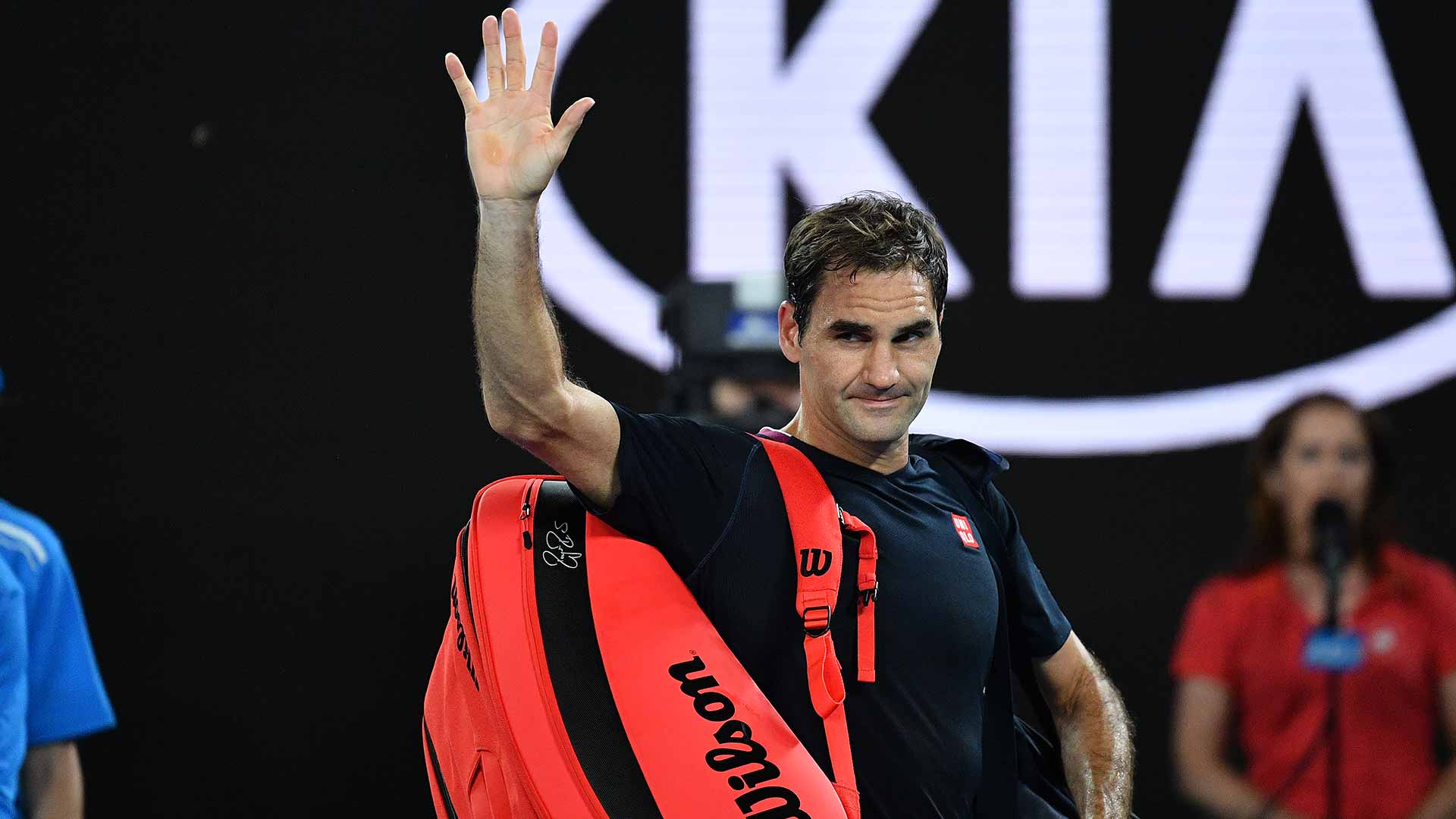 Federer also will try to remain on top of the Open Era Grand Slam titles list. The Swiss has 20 major championships, but Rafael Nadal, with 19, and Djokovic, who will play for his 17th on Sunday, remain close behind.

Federer might have to do all that work a spot lower in the FedEx ATP Rankings as well. Austrian Dominic Thiem will rise to a career-high No. 3 if he wins the Australian Open title.

That's not to say that this will be Federer's final season, though. He plans to come back to Australia in 2021.

“You never know what the future holds. But especially my age, you don't know. I'm confident. I'm happy how I'm feeling, to be honest. I got through a good, nice training block. No plans to retire,” Federer said.

“From that standpoint, we'll see how the year goes, how everything is with the family. We'll go from there. Of course, I hope to be back.”