Roger Federer returns to Biel, where he trained as a junior, to attend a ribbon-cutting ceremony inaugurating a street named in his honour. 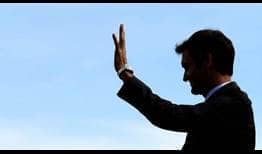 The city of Biel inaugurates the 'Allee Roger Federer', which links the Swiss Tennis Centre with the Champs-de-Boujean. 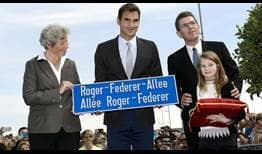 Roger Federer helps break ground on an extension of the Swiss Tennis Center in Biel. 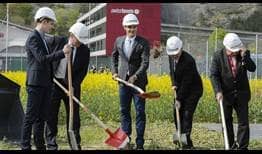 Roger Federer autographs a tennis ball and returns it to a young fan in Biel during a ceremony to inaugurate the Allee Roger Federer. 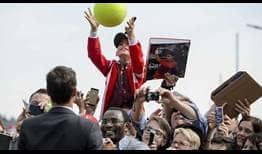 Roger Federer, joined by Biel Mayor Erich Fehr, attends a ceremony marking the inauguration of a street bearing his name. 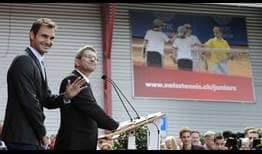 The national centre for Swiss Tennis can now be found at “1 Allée Roger Federer”. On Thursday, the Swiss star returned to Biel, where he trained as a junior, to attend a ribbon-cutting ceremony inaugurating the street.

“I am very moved,” said Federer, according to swissinfo.ch, before the 1500 people gathered for the event.  “I hope that we will see future champions on the Allée Roger Federer.”

Federer, alongside Swiss Tennis president René Stammbach and Mayor Erich Fehr, also assisted with the ground-breaking for the extension of the Swiss Tennis training centre, to open in 2017.

This is not the first time a street has been named in his honour. In 2012, the city of Halle, in Germany, unveiled “Roger-Federer-Allee” in recognition of Federer’s success on the grass at the Gerry Weber Open.