Alexander Zverev won the final match for Team Europe in last year's Laver Cup and put in a repeat effort on Sunday in Geneva. The German defeated Milos Raonic 6-4, 3-6, 10-4 to complete a successful title defence for the home team.

Team Europe defeated Team World 13-11 after three exciting days of play and has won the Laver Cup crown in all three years of the competition. Each winning team member will also receive $250,000.

“It was an unbelievable weekend. Those guys [Roger Federer and Rafael Nadal] were screaming at me in the locker room before the Match Tie-break, saying this is how I could turn my season around. Without all of these guys on the bench, I couldn’t have done it,” Zverev said. “This is very special, especially playing in front of those guys and having them trust me to play the last match.”

Zverev improved to 5-1 in singles, while Raonic fell to 0-2. He also tied his FedEx ATP Head2Head rivalry with Raonic at 2-2.

Zverev laced a forehand winner at 3-3 in the opening set to break Raonic and went on to take the early advantage. Raonic responded in the second set by breaking Zverev at 3-2, then bravely saved four break points on his serve at 5-3 to force a Match Tie-break.

But it was the Canadian who blinked first with the title on the line, hitting a pair of backhand errors to give Zverev a 5/2 advantage. The German nailed a forehand winner on match point and collapsed to the ground in delight after one hour and 29 minutes. 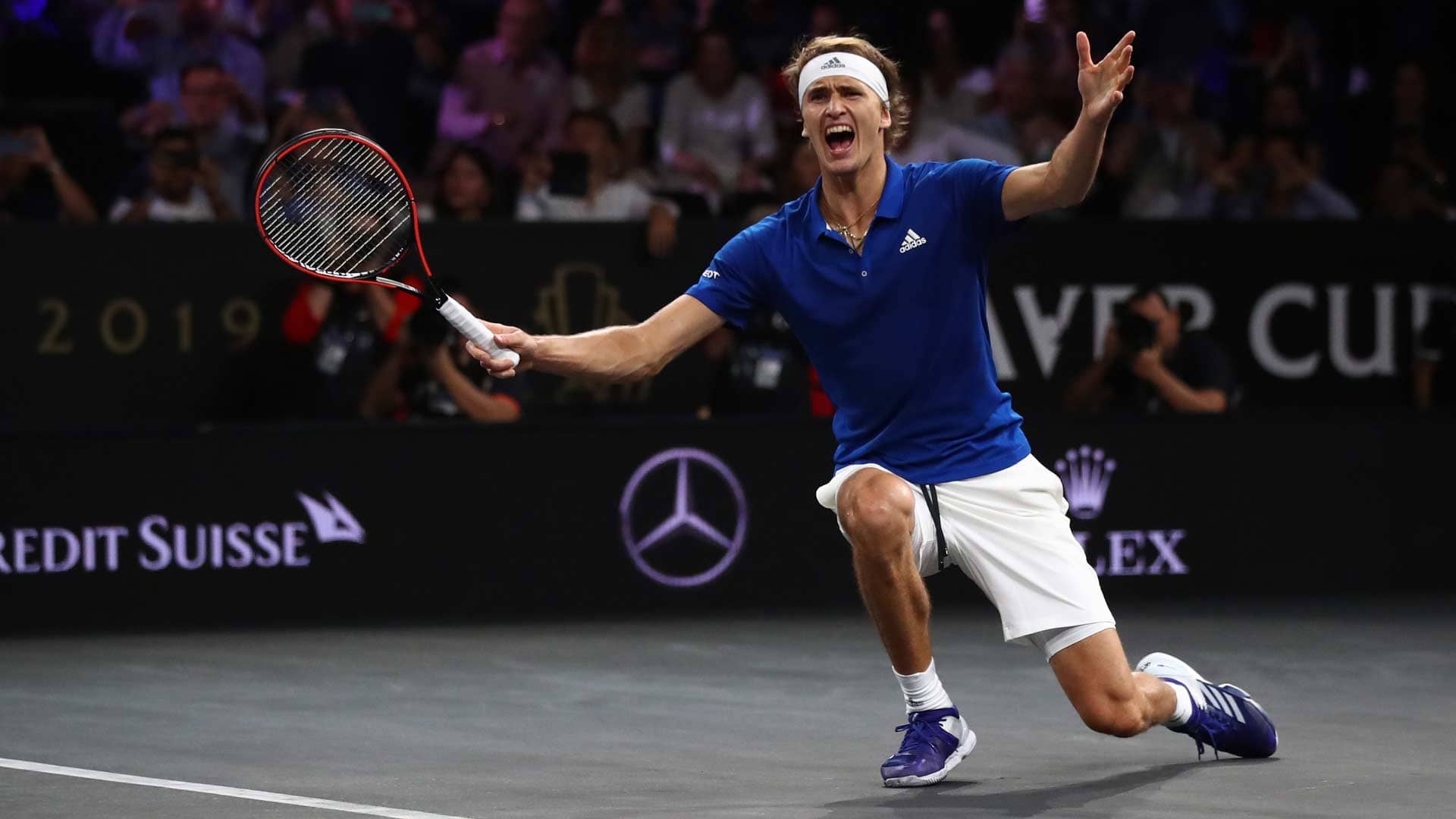 Federer kept Team Europe's title defense alive with a 6-4, 7-6(3) victory over John Isner. Federer leads Isner 8-2 in their FedEx ATP Head2Head rivalry and has won both of their Laver Cup singles matches. The Swiss is undefeated (6-0) in singles at this event, while Isner dropped to 2-4.

”I’m very excited. What an atmosphere and what a match. I’m thrilled that I was able to give something back to the team after a tough Match Tie-break (in doubles) earlier today,” Federer said. “Team Europe has been amazIng. They’ve fought so hard and played so well.” 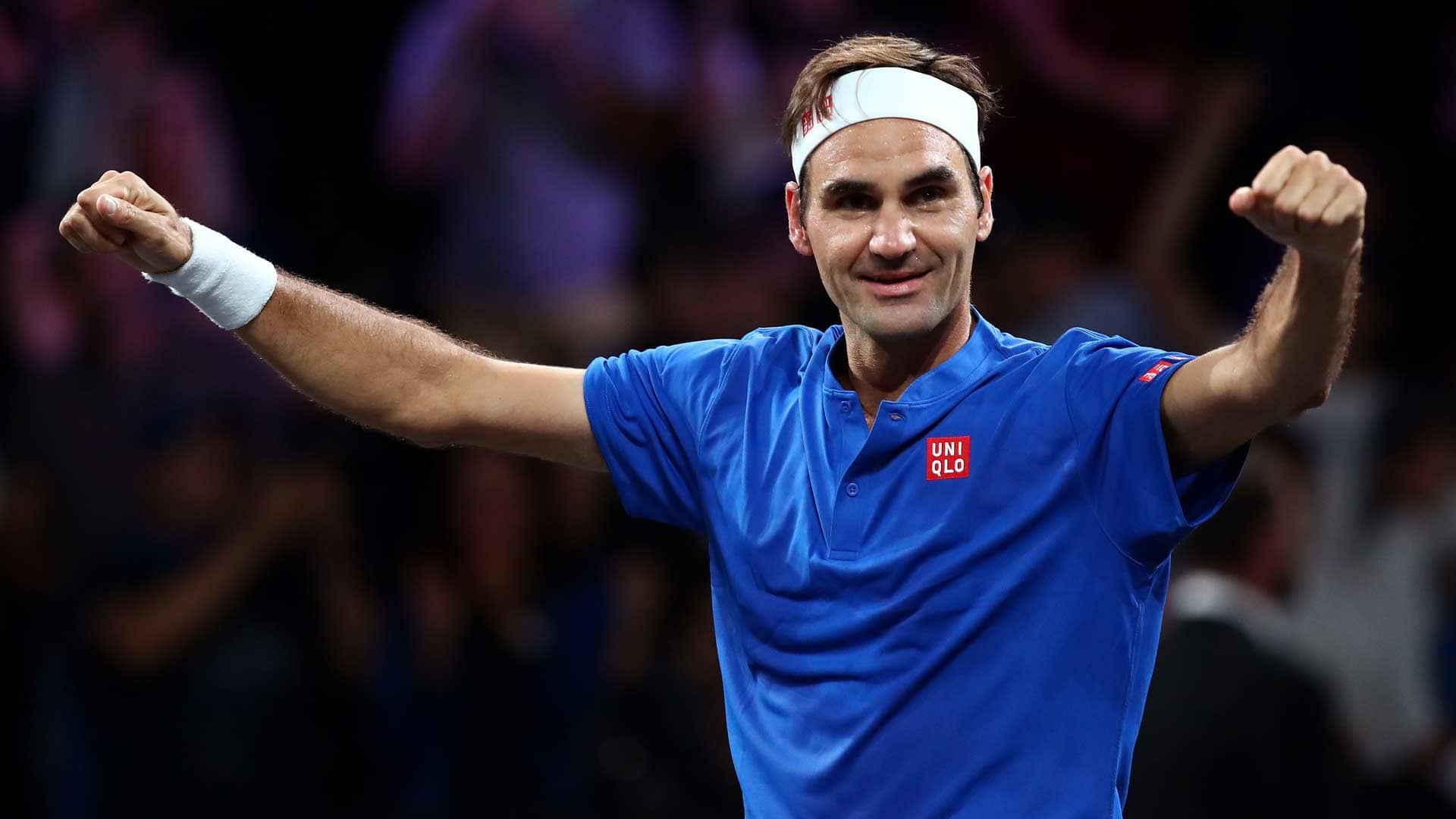 Federer came out firing and nailed a passing shot winner at 2-2 to earn the lone break of the match. The Swiss remained flawless on serve, winning 83 per cent of his service points (20/24) to grab the opening set.

Both players held serve throughout the second set, but Federer was forced to save a set point at 5-6. He raised his game even further in the tie-break, rifling a forehand winner for a 5/3 mini-break lead and hitting a big first serve to wrap up the match after one hour and 26 minutes.

You May Also Like: Fritz Stuns Thiem At Laver Cup

2020 Laver Cup To Be Held In Boston
It was also announced that the 2020 Laver Cup will be held in Boston. Team Europe captain Bjorn Borg and Team World captain John McEnroe confirmed that they will reprise their roles next year.

“This is a phenomenal sports town and I expect fans will raise the roof for the home side,” McEnroe said. “Laver Cup 2018 was unbelievably close thanks to the enthusiasm of home crowds. Boston is sure to continue that tradition at TD Garden, one of the best venues in the world.”

Home of the NBA's Boston Celtics and the NHL's Boston Bruins, TD Garden is New England’s largest sports and entertainment arena and hosts more than 3.5 million people a year at its world-renowned concerts and sporting events. The last professional tennis tournament held in Boston was in 1999, when Marat Safin defeated Greg Rusedski for the ATP Tour title.