While all eyes were on Wimbledon last week, three legends of the sport made an impact of their own away from the grass courts of the All England Club.

“It was a pleasure playing tennis with all the children. Tennis has connected Esther, Richard and myself throughout our whole career, so I think it’s nice for us to stand on a court together and motivate and inspire the new generation of players,” Federer said. “It’s great that the Roger Federer Foundation, The Krajicek Foundation and Esther Vergeer Foundation are all connected through the Postcode Lottery.  I enjoyed myself a lot here in the Netherlands. And I hope I will see a future champion from here.

“I want to congratulate Richard and Esther on everything they do with their foundation and also on their incredible careers.” 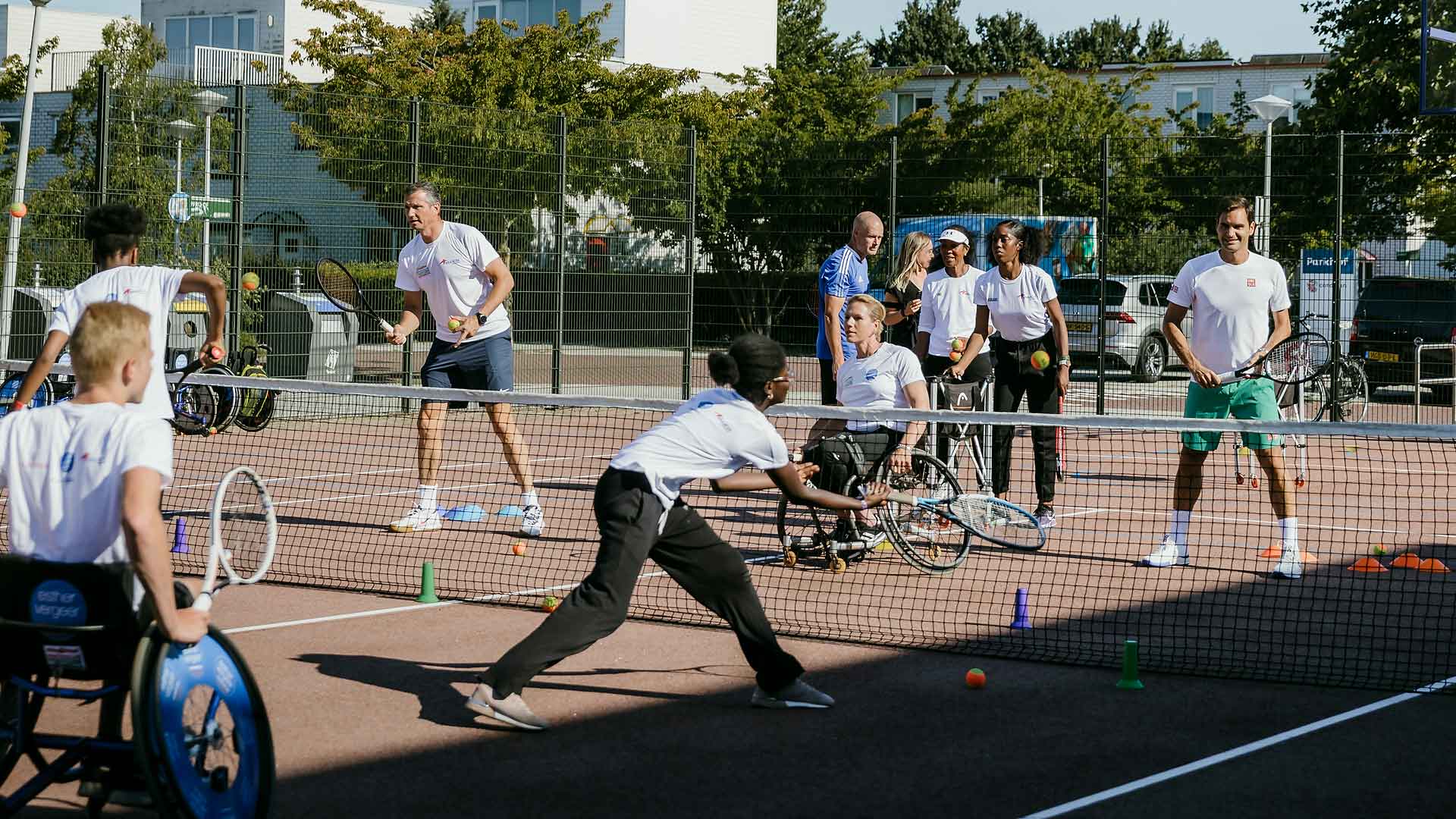 Photo Credit: Gilian van Twist
The Krajicek Foundation serves vulnerable children in the Netherlands by helping them play sports in a safe environment. The Foundation, which received an ATP ACES For Charity grant in 2020, builds Krajicek Playgrounds to help create leaders who can make an impact on other children in their community.

“With my foundation we do everything we can to give children living in deprived urban areas the opportunity to do sports and play outside in a socially safe environment, close to home,” Krajicek said. “The fact that the National Postcode Lottery then makes it possible for Roger Federer to come along to give a clinic to those children is of course fantastic.”

The Esther Vergeer Foundation, which was launched in 2004, introduces children with disabilities to sports. As part of the clinic, children in wheelchairs got to rally with Vergeer, Federer and Krajicek.

“The Esther Vergeer Foundation helps children with a physical disability to play sports at a regular club. As a result, they learn to deal with their disability, their self-confidence grows and they are stronger in society,” Vergeer said. “So cool that with this special tennis clinic with Roger Federer we were able to show a large audience what sports can do. It was an incredibly beautiful day for us, but especially unforgettable for the children. Great that this has been made possible by the Postcode Lottery.”